The architect Frank O. Gehry, Prince of Asturias Award for the Arts 2014 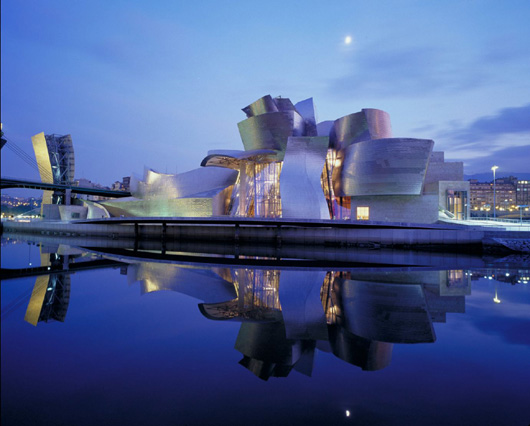 American architect Frank Owen Gehry has been bestowed with the 2014 Prince of Asturias Award for the Arts, as made public today in Oviedo by the Jury responsible for conferring said Award. 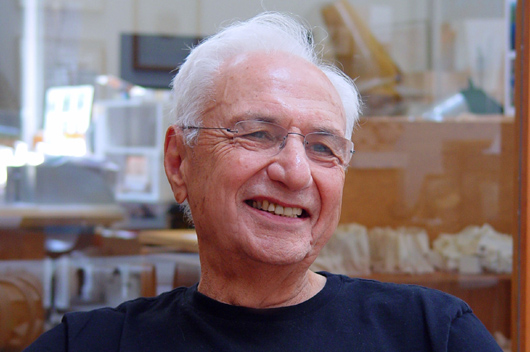 This candidature was put forward by Richard Armstrong, Director of the Solomon R. Guggenheim Foundation in New York.

Frank Owen Gehry was born in 1929 in Toronto (Canada), but adopted American nationality after moving to Los Angeles in 1947 with his parents. He graduated in Architecture in 1954 from the University of Baja California and began working in the studio of Victor Gruen. After completing his military service, he studied Urban Planning at Harvard and returned to Gruen's office. He moved to Paris in 1961 with his wife and two daughters, where he worked for a year with André Rémondet. In 1962, he opened his own studio -Frank O. Gehry and Associates- in Los Angeles, from which he has worked on projects in America, Europe and Asia for five decades now. 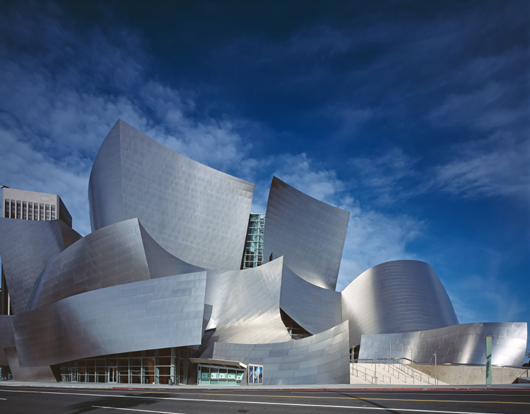 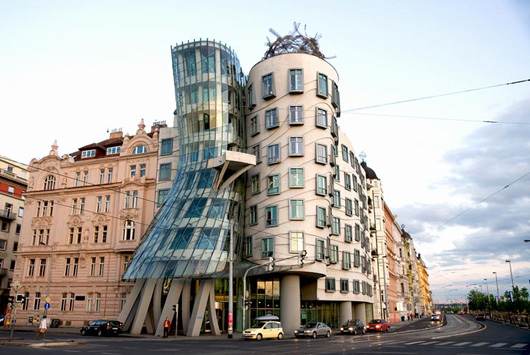 He rose to prominence in the 70s for his buildings with sculptural forms that combine unusual industrial materials such as titanium and glass. During this same period, he began to develop a role as a designer of furniture with his Easy Edges collection, conceived as a low-cost range comprising fourteen pieces made out of cardboard, subsequently followed by the more artistic range, Experimental Edges. Since the late 80s, the name of Frank Gehry has been associated with the deconstructionist movement, characterized by fragmentation and the rupture of a linear design process, resulting in buildings with a striking visual appearance. The Guggenheim Museum in Bilbao (1997) and the Nationale-Nederlanden building in Prague (1996), known as the Dancing House, may be considered among the most prominent examples of this formal language.

Likewise noteworthy among his works are the Aerospace Museum of California (1984), the Vitra Design Museum in Weil am Rhein, Germany (1989), the Frederick Weisman Art Museum in Minneapolis (1993), the DZ Bank building in Berlin (1998), the Gehry Tower in Hannover (2001), the Massachusetts Institute of Technology Stata Center in Cambridge (2003), the Walt Disney Concert Hall (2003) and the Maggie's Centre in Dundee, Scotland (2003).

Gehry has also worked on a museum of contemporary art in Paris for the Louis Vuitton Foundation, the design of his first playground in New York, at the southern tip of the island of Manhattan known as The Battery, and the remodelling and recovery of Mayer Park in Lisbon, which included the restoration of the Capitolio Theatre. In Spain, 2006 saw the opening of the Herederos del Marqués de Riscal winery in Elciego (Álava), and he has also designed the Sagrera Tower in Barcelona. 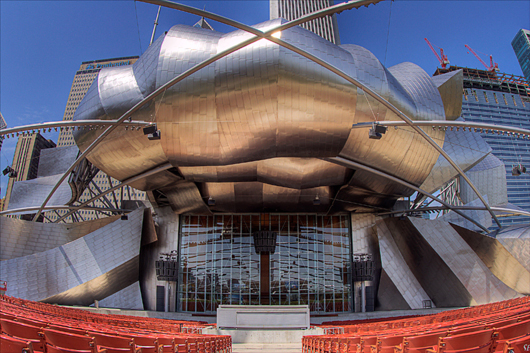 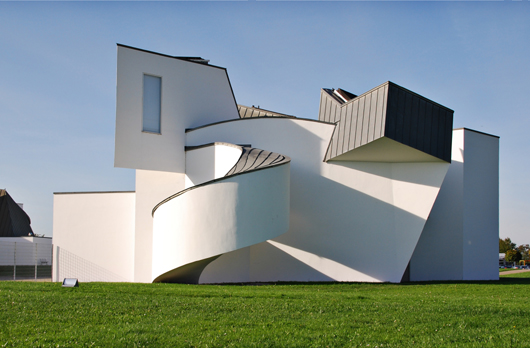 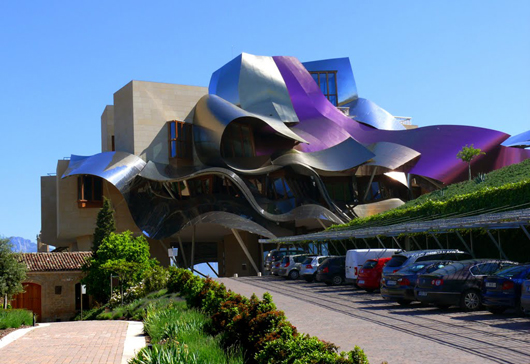 His work has been the subject of numerous case studies and, in 2006, the film director Sydney Pollack released the documentary Sketches of Frank Gehry, presented at Cannes. In that same year, he presented his project for the new Guggenheim Museum in Abu Dhabi. In 2008, he designed the Serpentine Gallery Pavilion in Hyde Park, London. The first residential building in Asia designed by Gehry, the Opus Hong Kong tower, was opened in 2012. He is currently working on the design of the Eisenhower Memorial to be built in Washington; on the West Campus that Facebook is to build in Menlo Park, California and on the project of a residential tower in Berlin, which will become the tallest skyscraper in the city.

His designs have received over one hundred awards around the world. Noteworthy among the distinctions he has received are more than a dozen honorary degrees, the Arnold W. Brunner Memorial Prize (USA, 1977), the Pritzker Prize (1989), the Wolf Prize in Arts (Israel, 1992), the Praemium Imperiale (Japan, 1992), the Dorothy and Lillian Gish Prize (1994), the Friedrich Kiesler Prize (Austria, 1998), and the Twenty Five Year Award from the American Institute of Architects (2012). 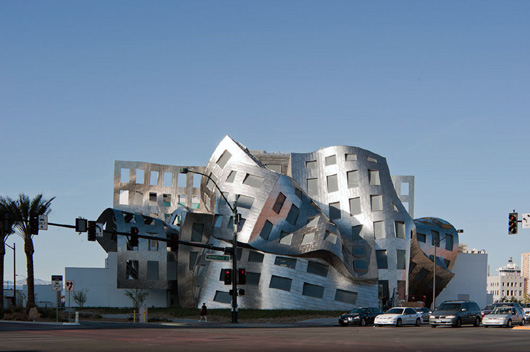 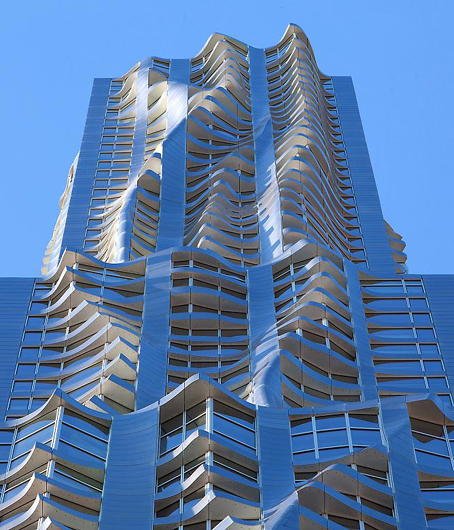 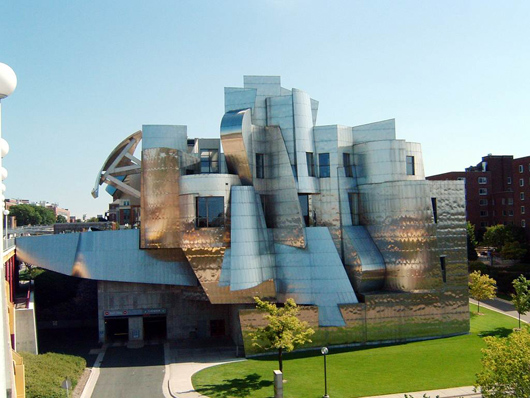 As stated in the Statutes of the Foundation, the Prince of Asturias Awards are aimed at rewarding “the scientific, technical, cultural, social and humanitarian work carried out at an international level by individuals, institutions or groups of individuals or institutions”. Within this spirit, the Prince of Asturias Award for the Arts will be bestowed on those “whose work in Film, Theatre, Dance, Music, Photography, Painting, Sculpture, Architecture or any other form of artistic expression constitutes a significant contribution to the cultural heritage of mankind”. 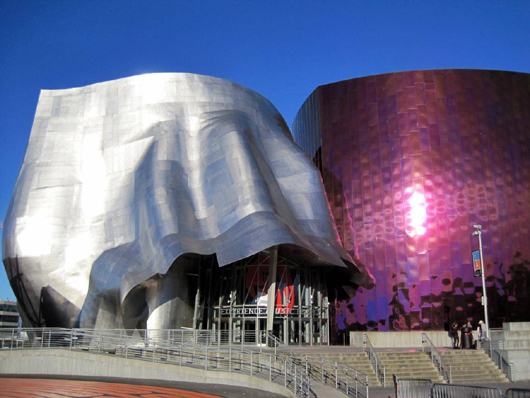 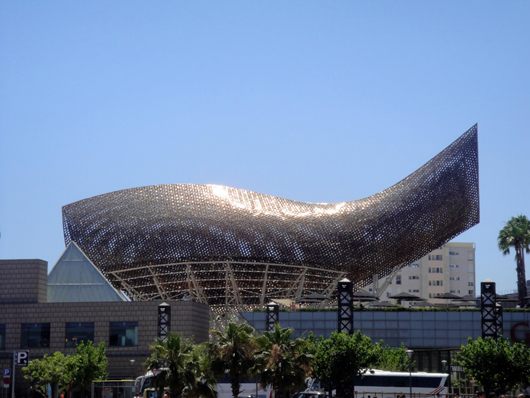 This is the first of eight Prince of Asturias Awards, which are being bestowed this year for the thirty-fourth time. The rest of awards will be announced in the coming weeks in the following order: Social Sciences, Communication and Humanities, Technical Scientific Research, Literature, International Cooperation and Sports, with the Concord award being announced in September.