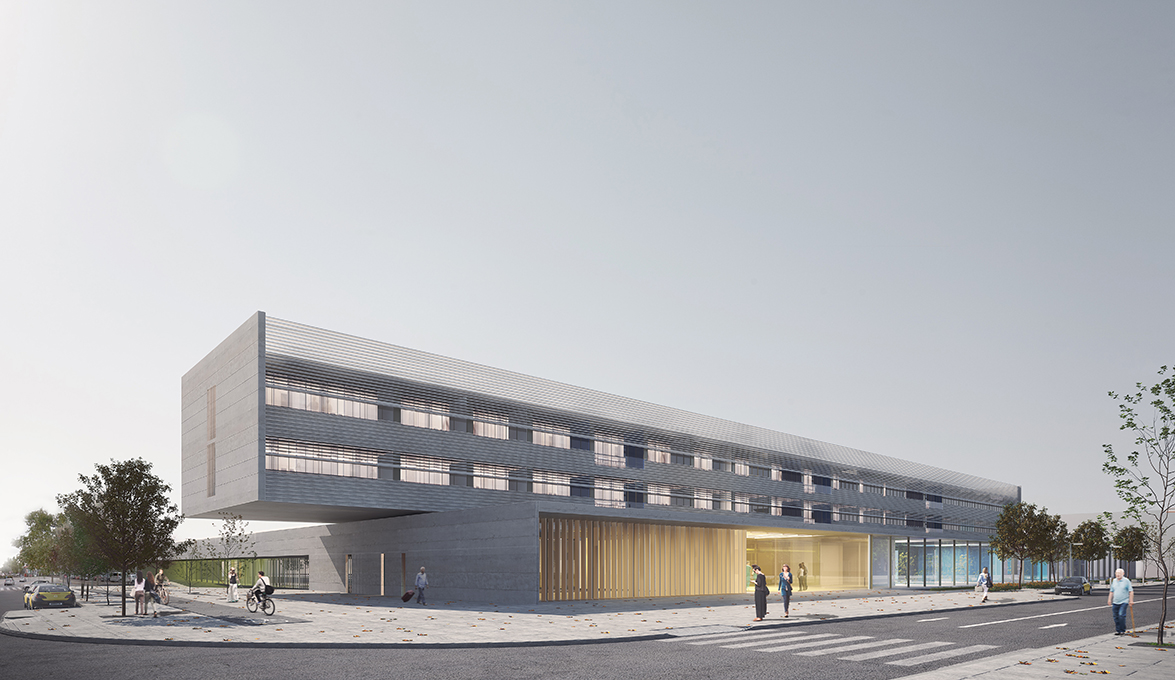 The UTE (joint association of companies for a one-off project) formed by Ramón Esteve Estudio and Sulkin Marchissio Arquitectos has won the architectural contest for the extension and renovation work of the General Hospital of Viladecans, in Barcelona. This is a high-resolution hospital with an area of 35.000m2 and a national reference for surgery without hospitalisation.

The new design consists in surrounding the ground floor of the existing historical hospital with a large one-floor body for care uses, which responds to the urban scale as a base.

This building, which surrounds the existing ones, faces its main façade to the Avinguda del Mil.lenari, thus becoming opened to the city of Viladecas, and the Avinguda Josep Tarradellas, an important axis for urban facilities. It hosts the zones with a higher flow of patients, such as the External Care Department and the Casualty Department.

A long and thin three-storey body lies on this base. It hosts the Hospitalisation Units and other care services. This body is withdrawn from the street façade in order to avoid the presence of a tall massive building over the street. It is visually detached from the base, which highlights the personality of each building. 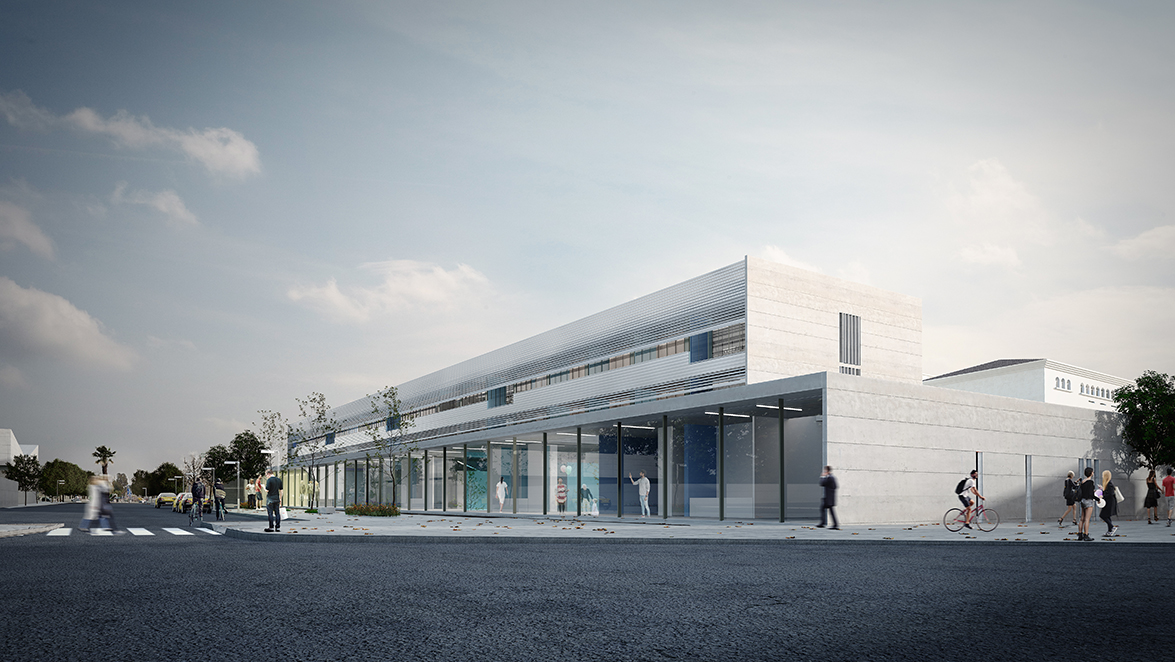 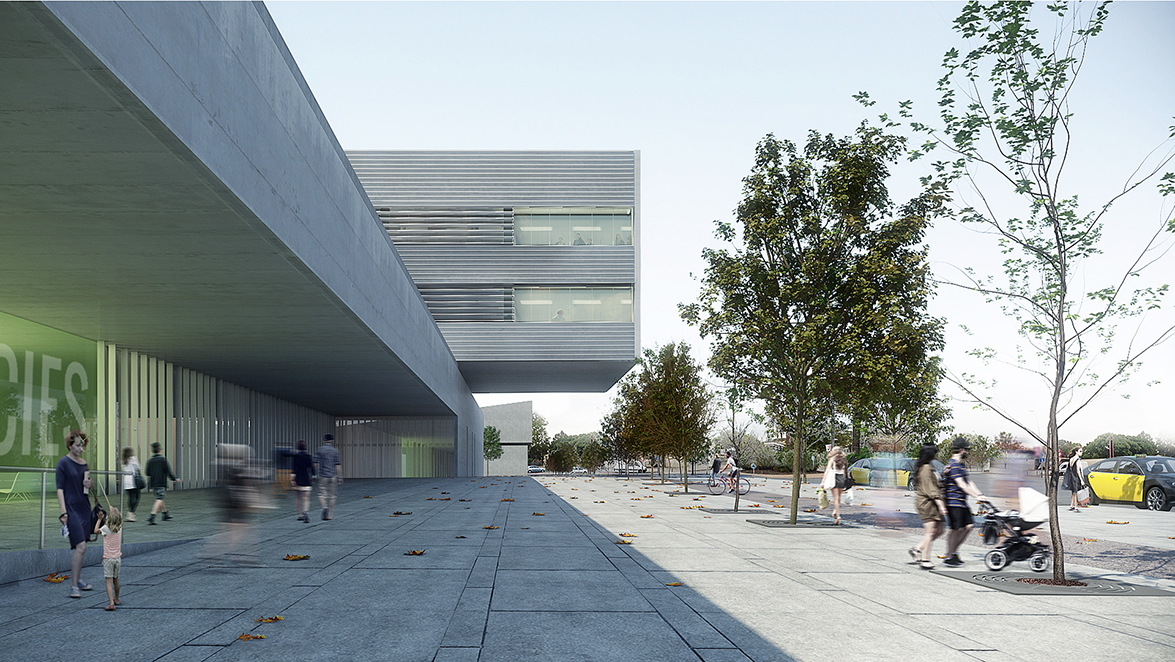 The ancient hospital building, which has an architectural value, is reformed and refurbished so it will host only administrative and care supporting services.

The new complex formed by existing and new buildings is designed as a permeable structure. Thus the new main entrance is also a pedestrian internal link to the square that gave access to the former hospital. This former entrance square is designed and renewed as a space without flow of patients or vehicles, as the urban public core of the complex with a ludic character.

Regarding to materials, the new buildings will be made of exposed concrete, which is integrated to their surroundings and the existing buildings. Several spots in smooth colours are used in in the lobbies, with the aim of bringing dynamism into a sober and coherent design. 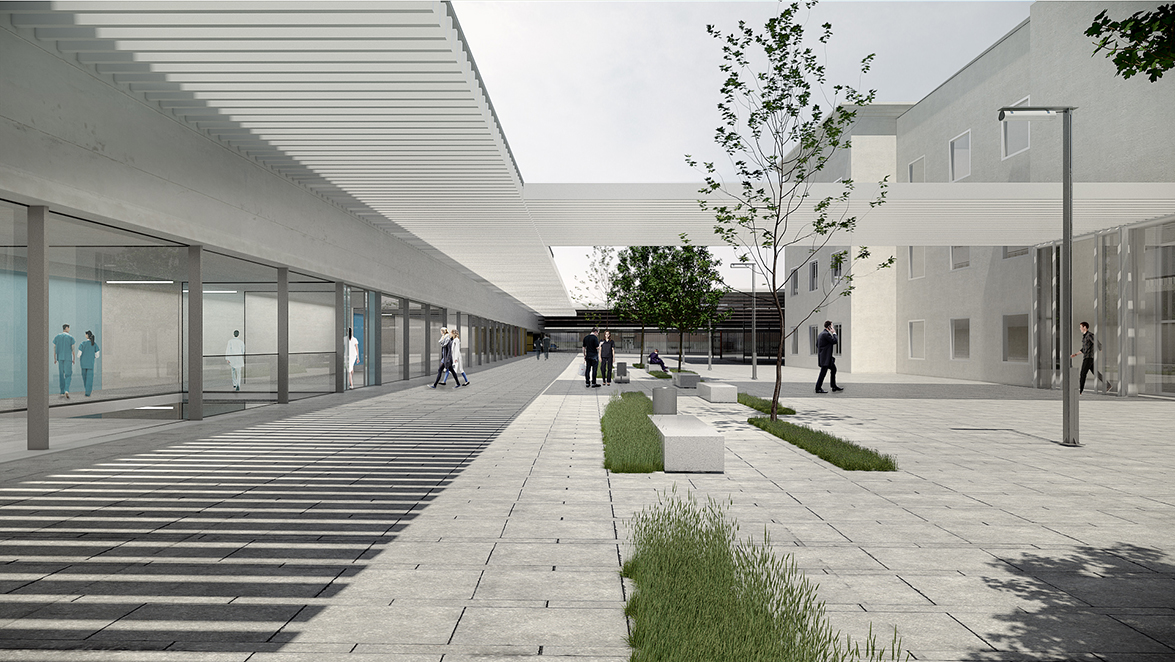 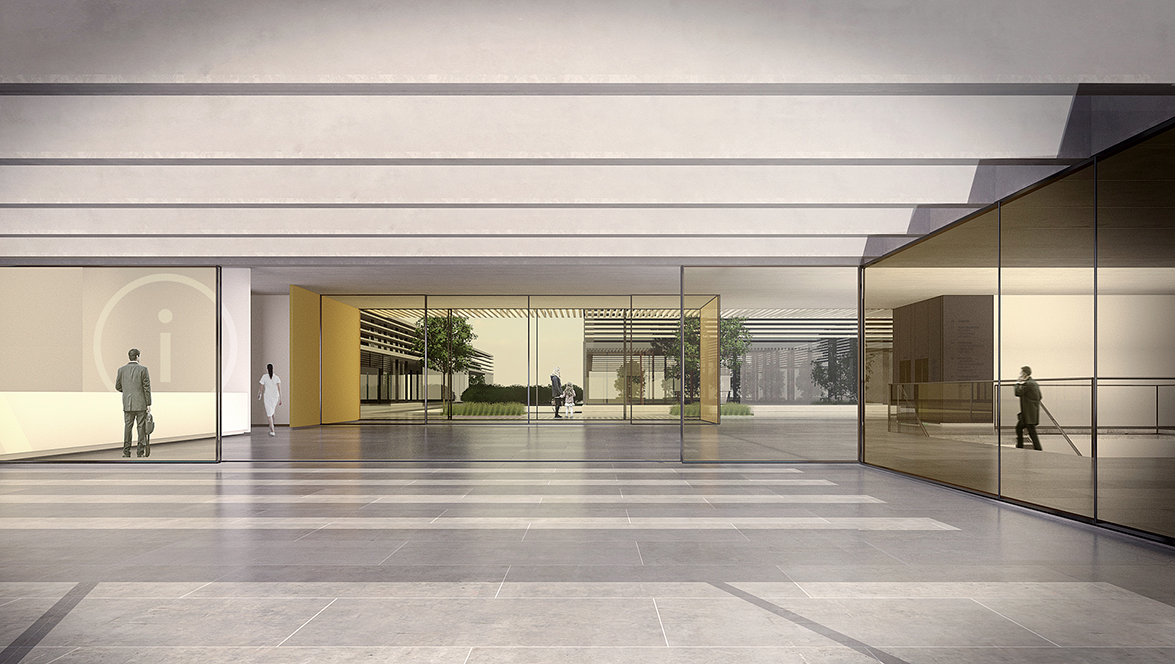 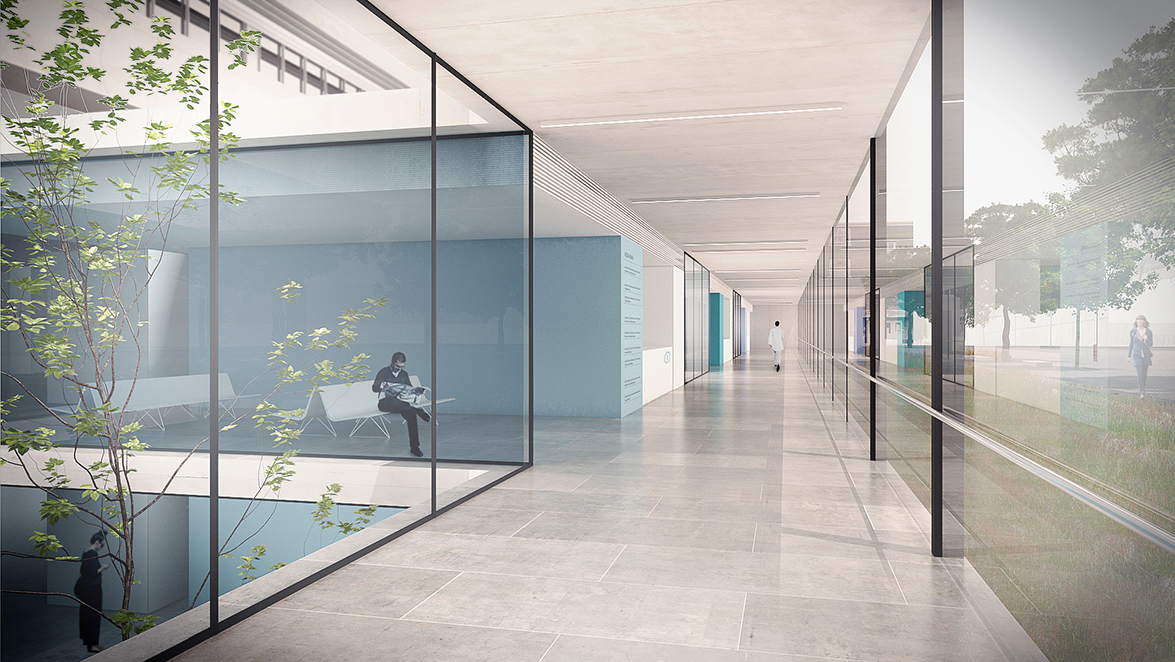 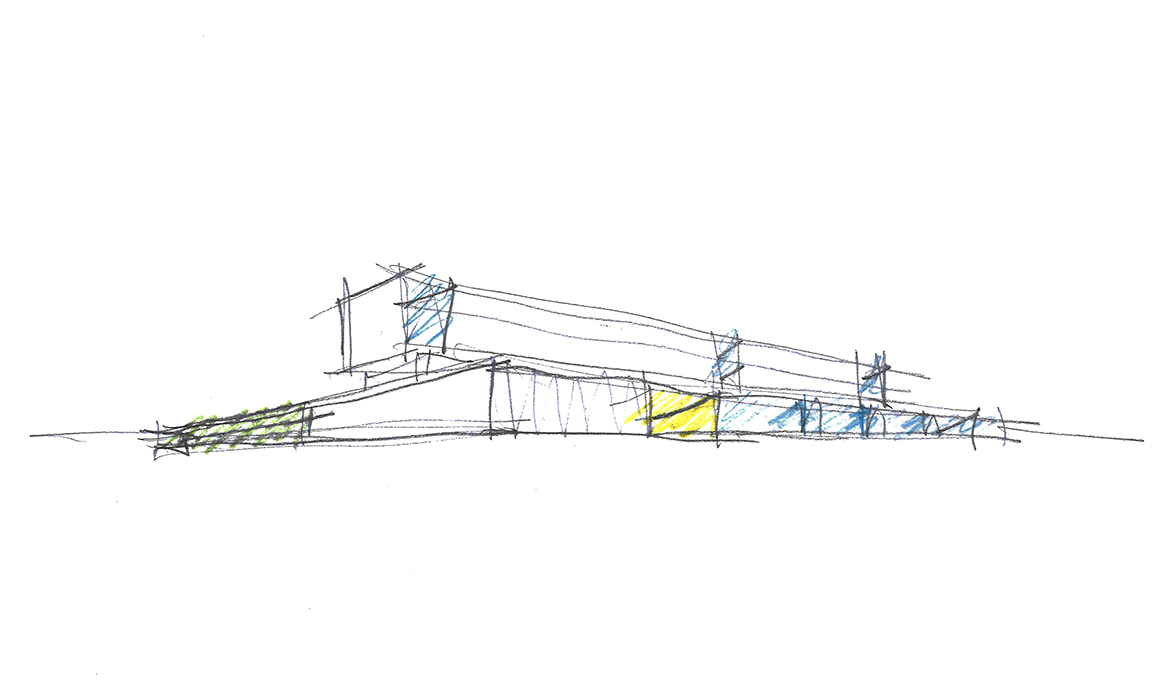