After 21 editions, the SaloneSatellite of young designers already has its Permanent Collection 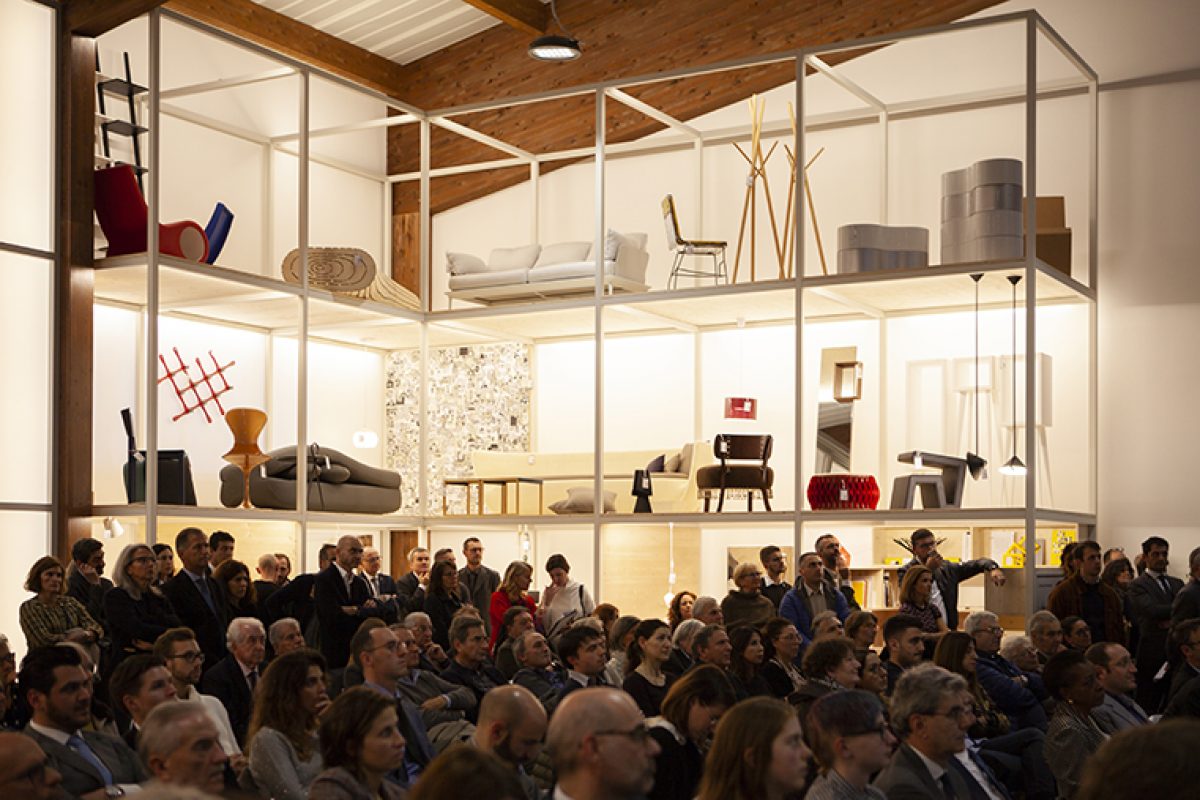 After 21 editions, the SaloneSatellite of young designers already has its Permanent Collection

A rigorous and assiduous talent scout of its own time, SaloneSatellite is opening a permanent space for narrating and showcasing the energy, the visions and the approaches of the young designers who have animated the first 21 editions of the event 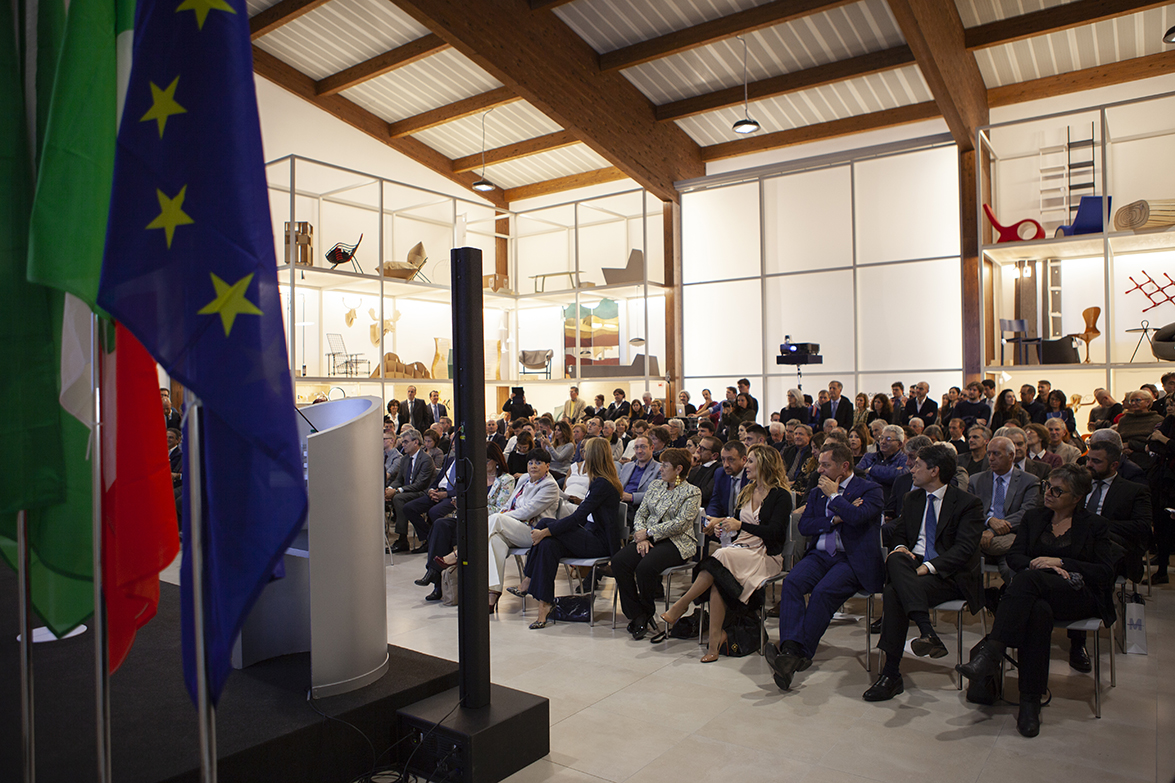 Last November 8, marked the launch of the SaloneSatellite Permanent Collection at the new Legno Arredo ITS Rosario Messina Foundation Training Facility at Lentate sul Seveso. Strongly endorsed by Marva Griffin, Founder and Curator of the event conceived in 1998 at the request of the Salone del Mobile, the collection is an anthology of products presented over the twenty one editions of SaloneSatellite as prototypes and as part of the SaloneSatellite 20 Years Collection, a special edition of pieces specially designed to celebrate the event's 20th anniversary, by renowned designers whose common denominator is having launched their careers at SaloneSatellite.

The opening of a permanent space dedicated to designers under 35 at the Legno Arredo Training Centre, in which the pieces will be rotated periodically, is a natural complement to the Institute, a testing ground and launchpad for the many young people keen to plan and design their professional future within the wood-furnishing sector.

“SaloneSatellite's natural inclination to be actively involved with the upcoming generations in the production of their products as well as its invitation to interact with the market and the manufacturing companies means that the collection is tangible evidence of what study, work, commitment and passion can bring about” had to say Claudio Luti, President of Salone del Mobile. “The Permanent Collection will also serve as a spur to the many students passing through the Centre's classrooms”.

“I am delighted that the SaloneSatellite Permanent Collection has found its home here at the Legno Arredo Training Centre, in a space dedicated to students and burgeoning talents, and open to anyone wanting to visit. The objects on exhibit may be sources of inspiration and learning, precisely because of having been designed by other young people who made them fuelled by their passion, enthusiasm and desire to win,” said Marva Griffin, Founder and Curator of SaloneSatellite. 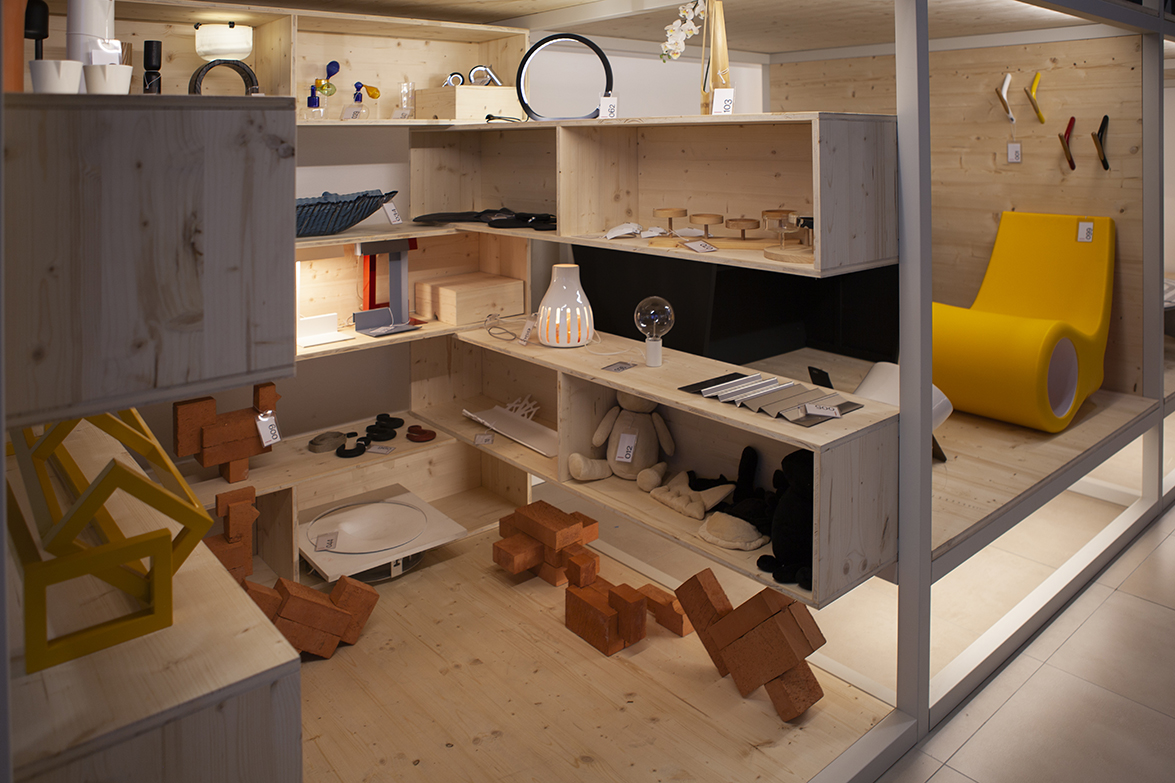 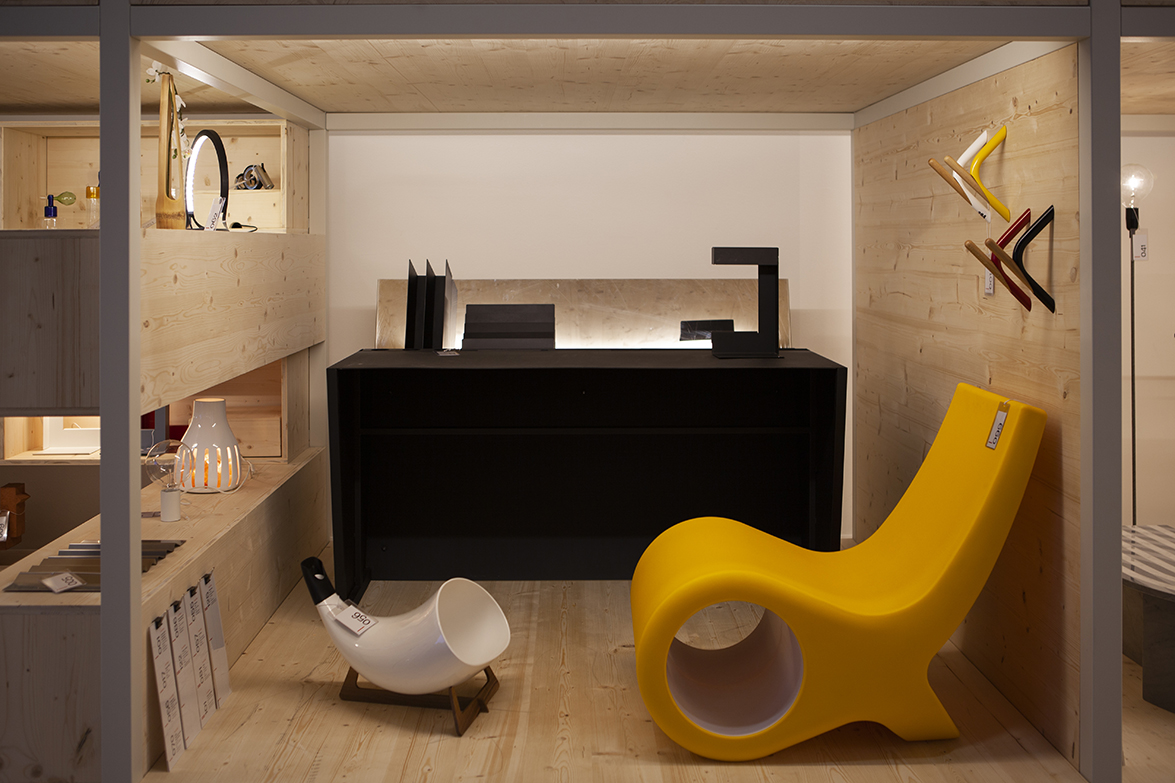 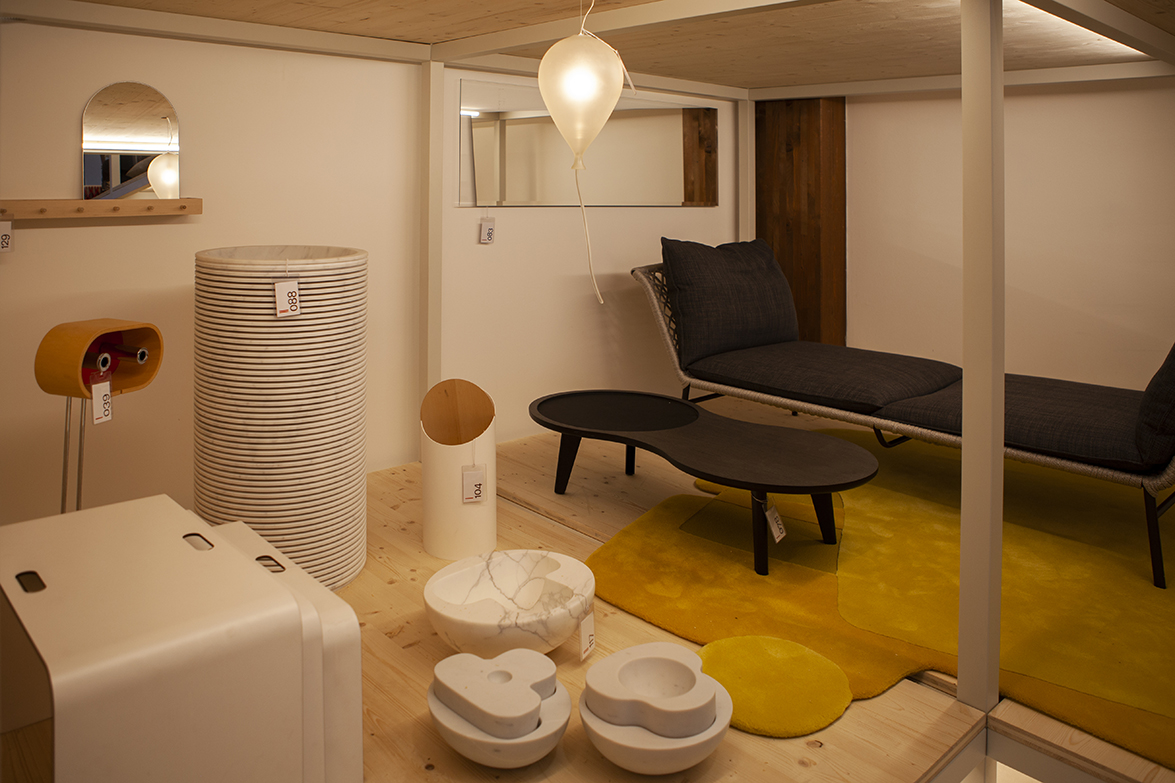 What the SaloneSatellite Permanent Collection really wants to achieve is to create a pathway that will allow visitors to get to grips with the new artistic and methodological evolution that characterises contemporary design. The authors of the works in the collection are a selection of the more than 11,000 young designers who have passed through the ranks of SaloneSatellite, many of whom have become leading designers at global level. New pieces by designers exhibiting in forthcoming editions will swell the collection over the years to come.

It currently contains some 500 products from the great SaloneSatellite. 20 Years of New Creativity retrospective exhibition curated by Beppe Finessi and designed by Ricardo Bello Dias at the Fabbrica del Vapore in 2017. These products were presented as prototypes at the first twenty editions of SaloneSatellite and then went on the market, featuring in the catalogues of prestigious and large-scale distribution companies, and other high-profile manufacturing entities. Some of them have become successful products, others icons of this new season of design, some have garnered prestigious prizes and recognition, while others still have entered the collections of leading design museums.

Three different design approaches have informed these products. Many of the makers focused on typological innovation, attempting to rethink the traditional shapes of domestic objects, cleverly reinventing candlesticks, hooks, clothes hangers and even technological instruments as well as upholstered pieces, tables and bookcases, overtaking their previous images and, above all, avoiding the obvious. Other designers focused their thoughts and activities on constructive experimentation by means of intelligent and astute exploration of materials, of their possible and different ways in which they could be used, and on the relative technological properties. They tried their hands at recycling, retrieving, rehabilitating and transforming raw and semi-finished materials and spent products that had already come to the end of their (first) lifecycle, yet still had some use in them. Lastly, there are a significant number of objects owed to formal innovation, to the quest for sculptural value, decorative qualities and a cheerful and witty approach channelling metaphors and allusions. All this, applied to everyday objects, has meant conjuring up pieces whose shapes are reminiscent of the natural world or are boldly sculptural and which inscribe volumes in space that are refined in terms of composition, proportion and rhythm or attempt hitherto unseen decorative solutions, producing objects in which form has a fundamental purpose. 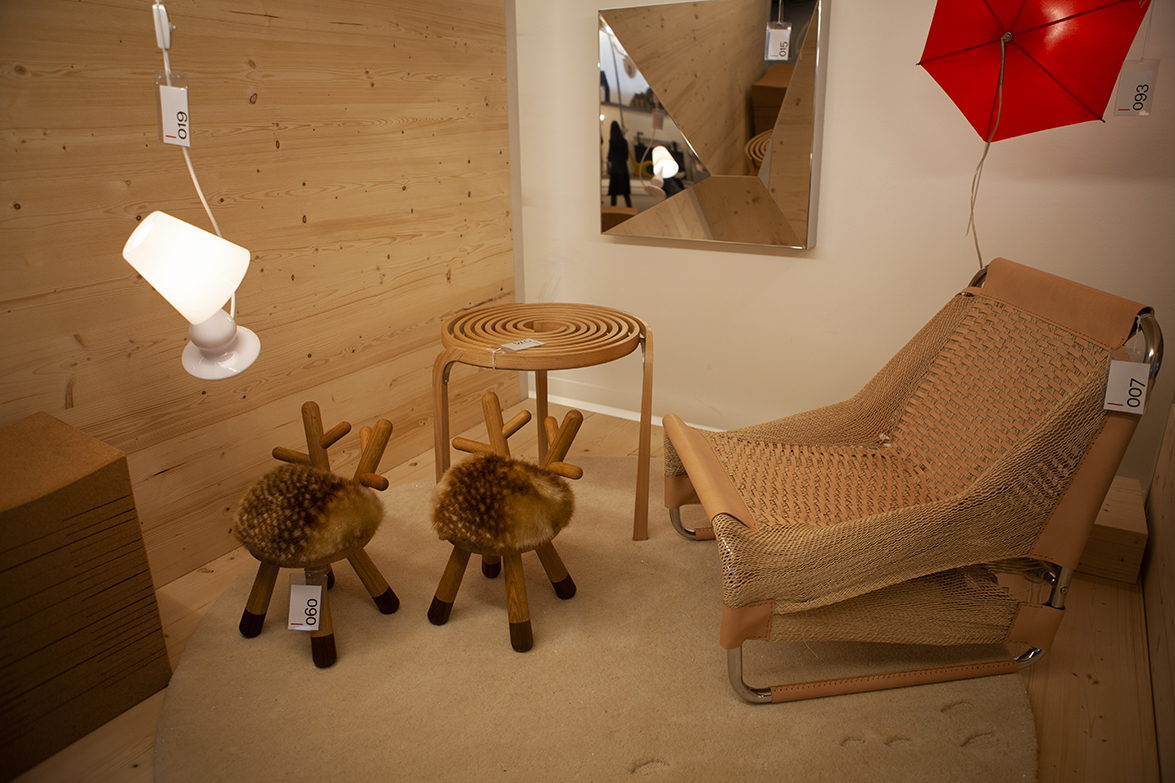 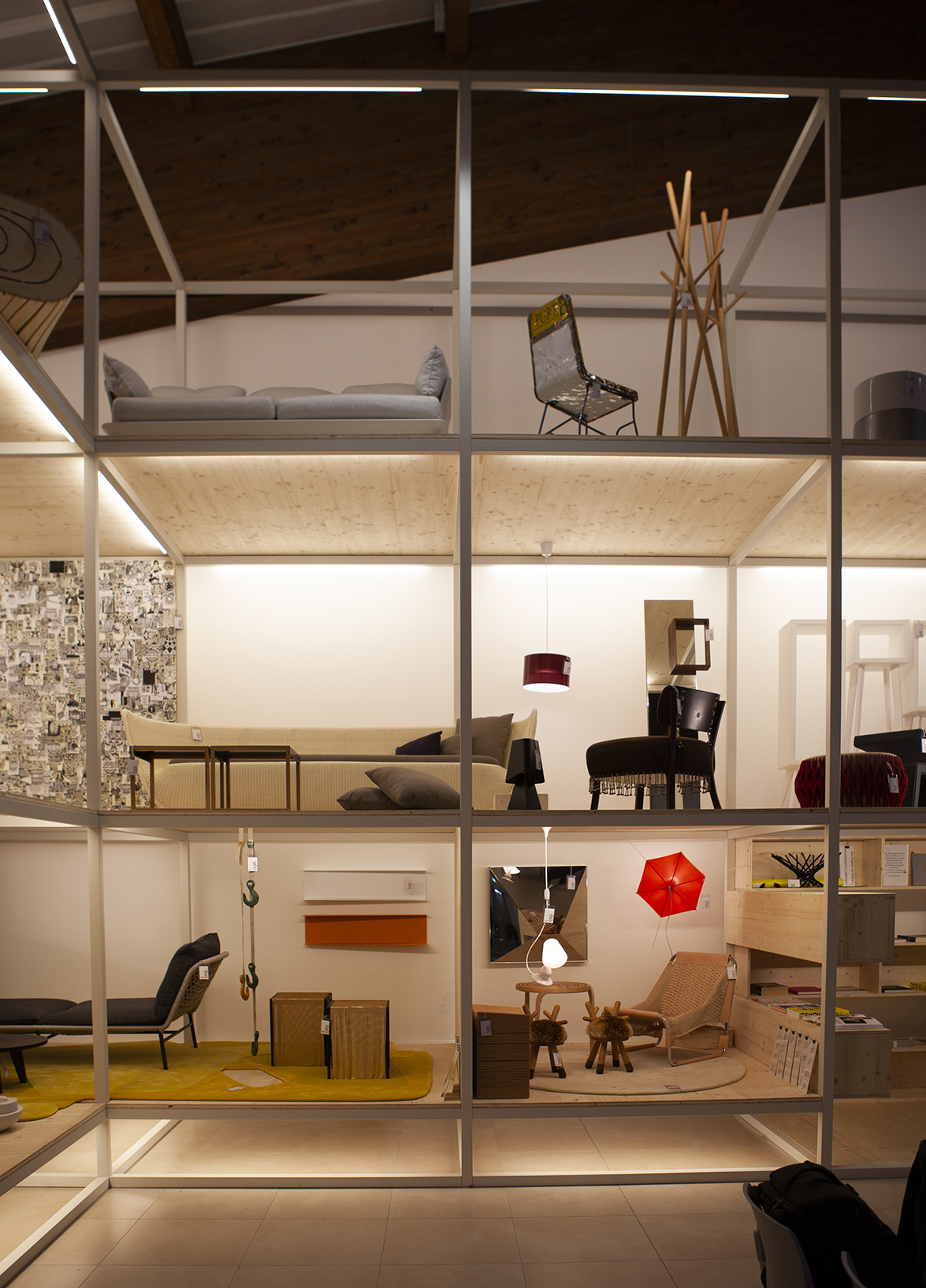 Alongside these is a selection of very special pieces from the 2017 SaloneSatellite 20 Years exhibition, devised to celebrate the first twenty years of the event, commissioned from and designed by renowned international designers whose careers took off at SaloneSatellite. Some of these objects were produced by the designers themselves, others were presented and marketed by companies exhibiting at the Salone del Mobile.Milano. The pieces will also form part of future displays around which, from time to time, all the products from the Collection, future acquisitions included, will rotate.

The Permanent SaloneSatellite Collection is thus intended not just as a place for revisiting the many products that “have made it”, but also as a space for interacting with the territory and the upcoming generations, and for engaging with the design scene of the third millennium. While working on exhibiting its own permanent collection, SaloneSatellite has also taken the opportunity for a critical re-reading of the projects presented during its many editions, valorising and rediscovering them in order to facilitate an understanding of the cultural and expressive urgencies and the creative background against which contemporary design is moving.

Particular thanks are due to the Salone del Mobile.Milano exhibitors who, over the years, have put their faith in these young people, incorporating the prototypes presented at SaloneSatellite into their catalogues. 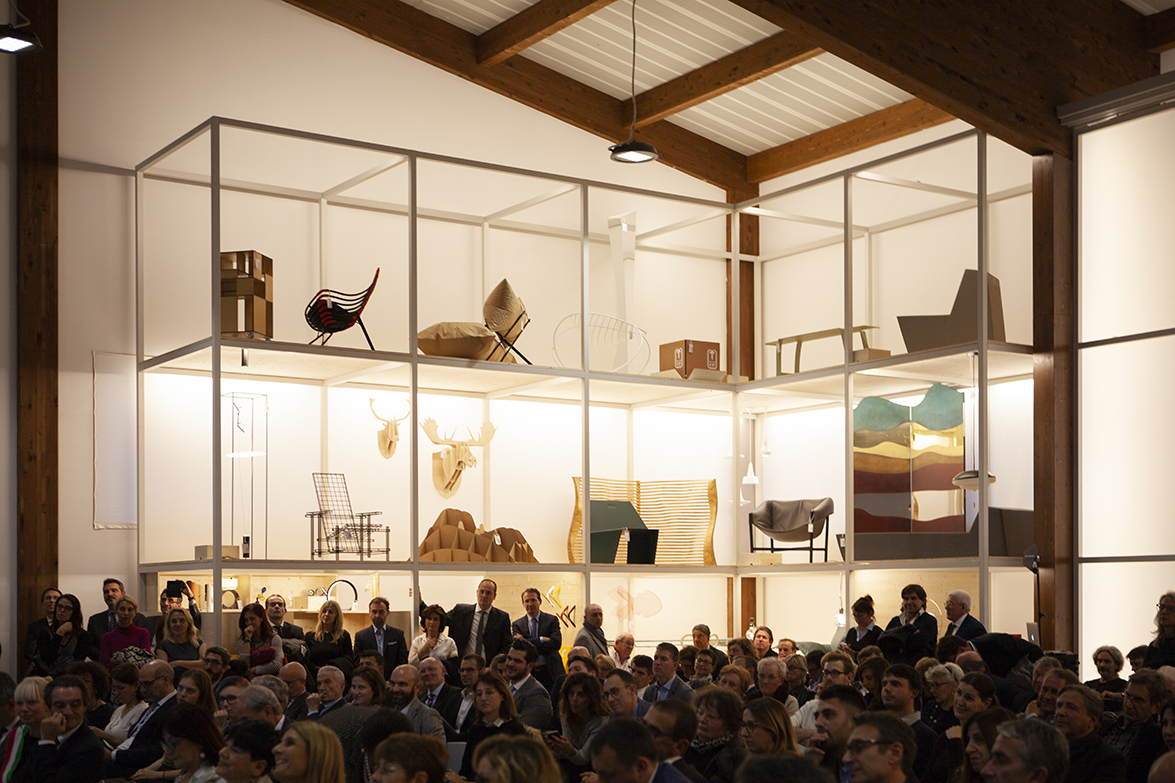