Big-Game and Daniel Rybakken winners at the I Hublot Design Prize, a talent accelerator for the future 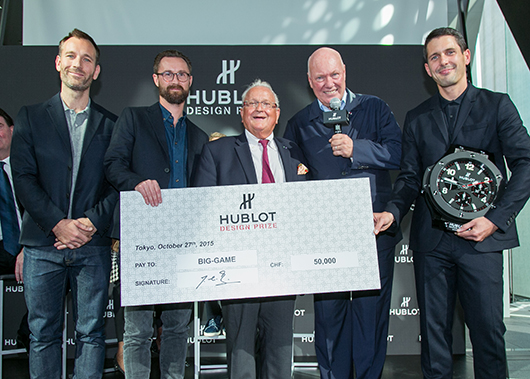 Whilst the 30th edition of Tokyo Design Week is setting the tone for the whole of the capital, Hublot has taken up residence in Kiba Park at the Museum of Contemporary Art, Tokyo (MOT). The Big Bang Tour has set up camp at the very heart of the museum. The Jury for the Hublot Design Prize has chosen its winners. A first edition that was marked by an ex-aequo award and a “jury's special award”. 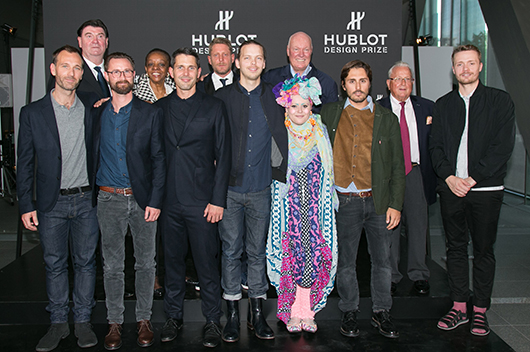 “When I think about my history, I think of all the people and encounters that have played a determining role. Those who made me who I am, who believed in me and who played a role in boosting my career. Sometimes talent just needs a helping hand from destiny to find success” Jean-Claude Biver, Chairman of Hublot and Chairman of LVMH Watch Division.

There are moments in a career, or the history of a firm, that mark a turning point. For Hublot, this turning point was called Big Bang. A watch that has established itself as an iconic model in watch design and that triggered the striking success of the brand. This was the inspiration behind the launch of the Hublot Design Prize in April this year as part of the 10th anniversary celebrations of the Big Band model. Its primary aim is to support a young designer by boosting their career, by creating such a turning point.

“Design is as much an integral part of the identity of Hublot as the materials. Our identity that expresses a clear idea: NO INNOVATION - NO FUTURE. It is with great pride that Hublot is in Tokyo today to award our design prize and to highlight the talent of a young designer“. Ricardo Guadalupe, CEO of Hublot.

Looking to the future, Hublot wishes to value the talent of the designers of tomorrow by helping to expose them to a wide public at an international level. On 27 April 2015, 25 contenders were selected by a jury of 5 names from the world of contemporary design: Lapo Elkann, Ronan Bouroullec, Marva Griffin Wilshire and the Professor Dr. Peter Zec, under the chairmanship of Pierre Keller. On 4 June, in Milan, the 5 finalists for the first edition of the Hublot Design Prize were announced.

The first edition of the Hublot Design Prize sees an ex-aequo prize awarded for the work of the Swiss partnership BIG-GAME and the Norwegian Daniel Rybakken who both win a prize of CHF 50,000. A “jury's special award” of CHF 10,000 was presented to Brynjar Sigurõarson. Jean-Claude Biver and Pierre Keller were together to present the awards to the winners.

And the winner is Big-Game 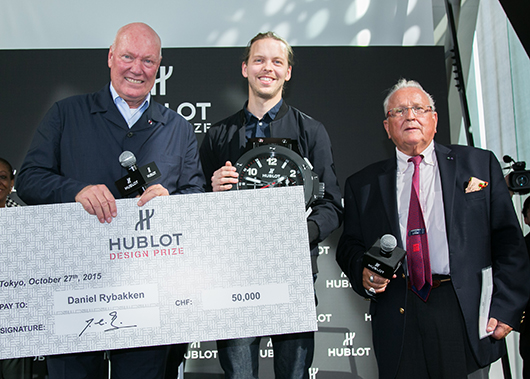 And the winner is Daniel Rybakken 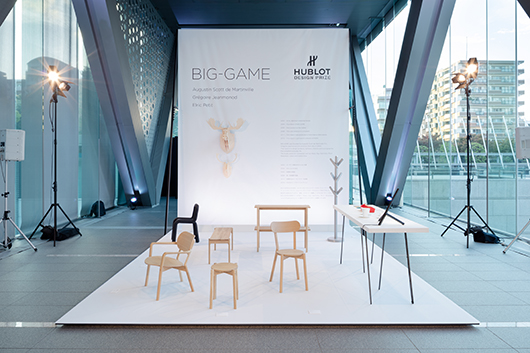 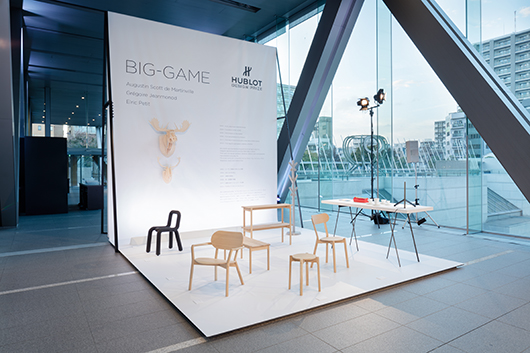 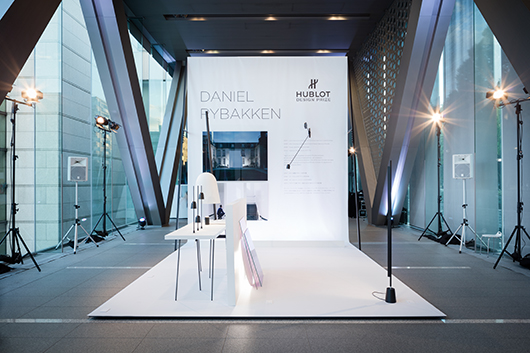 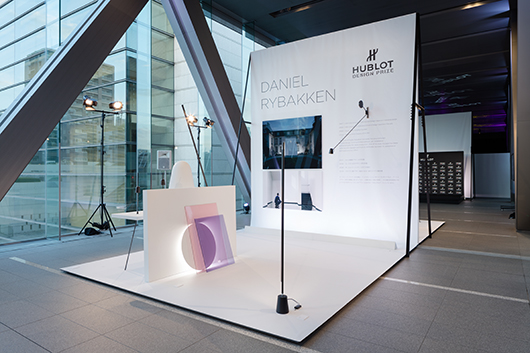 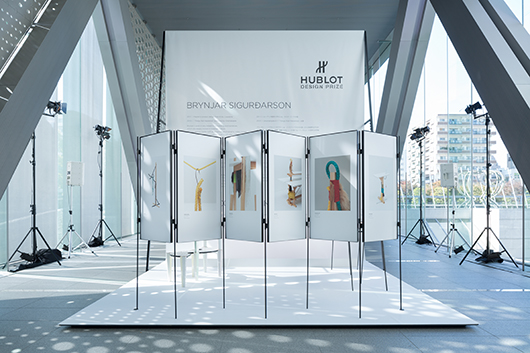 “In view of the excellence and the quality of the work presented, we have decided to award the title ex-aequo to the team spirit of BIG-GAME— a partnership that is set to become a major player on the world design stage—and Daniel Rybakken for his original and minimalist approach that turns a new leaf in contemporary lighting. The jury's special prize is awarded to an extraordinary candidate, Brynjar Sigurdarson, who has been able to make full use of his origins and the materials of his native Iceland.” The Hublot Design Prize Jury.

Alongside the awarding of the Hublot Design Prize, the MOT played host to the Big Bang Tour and an exhibition of the work of the five Hublot Design Prize finalists. The backdrop was created by Keiji Ashizawa, a Japanese designer whose artistic signature is “honest design”—an art that is both simple and refined, beautiful whilst remaining accessible. 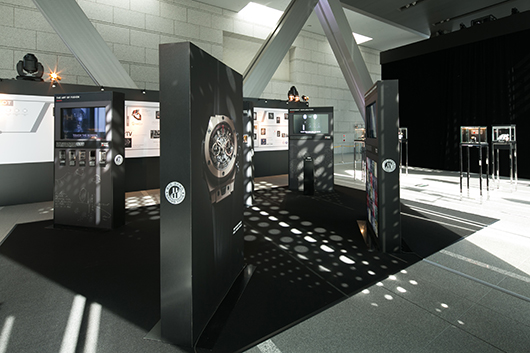 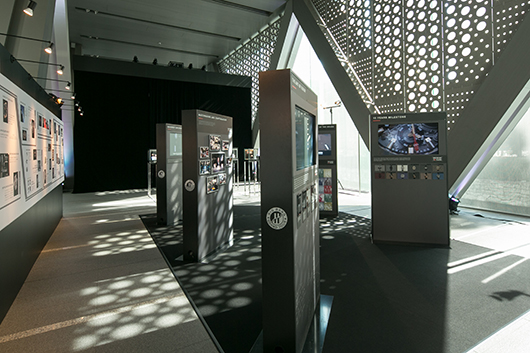 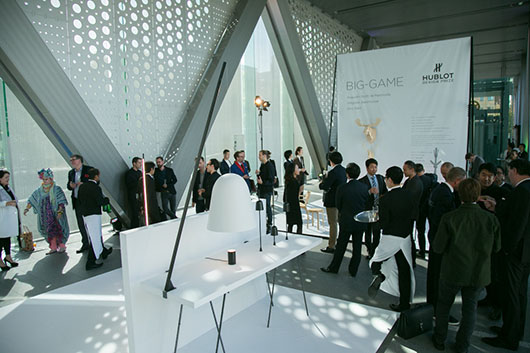 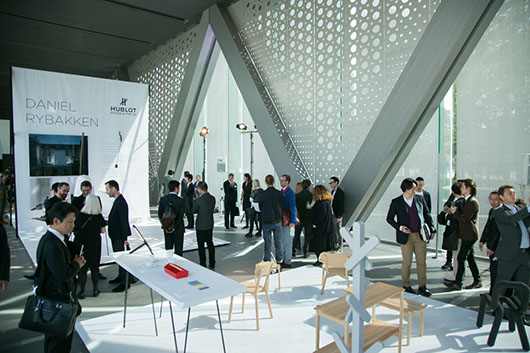