German furniture industry is continued growing and, specially, the Ostwestfalen-Lippe (OWL) area shines as a furniture stronghold. Zow Bad Salzuflen trade fair is updated, modernized and adapted to new time to show the best suppliers proposals in the sector from 16 to 19 February, 2016. 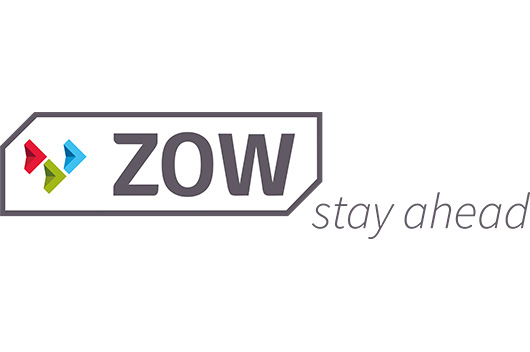 Furniture made in Germany is becoming increasingly popular. In spite of strong international competition, German manufacturers have occupied a leading position in the market for many years now. In particular, a lively and innovative network comprising furniture manufacturers and component suppliers has formed in East Westphalia-Lippe (OWL) in the federal state of North Rhine-Westphalia.

This unique constellation makes OWL the most significant furniture cluster in Europe and one of the largest furniture production sites in the world - with ZOW in the heart of this region in Bad Salzuflen, where leading suppliers from home and abroad will be presenting their new products to trade visitors from 16 to 19 February 2016. 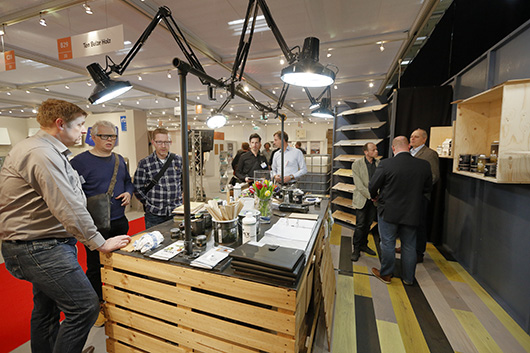 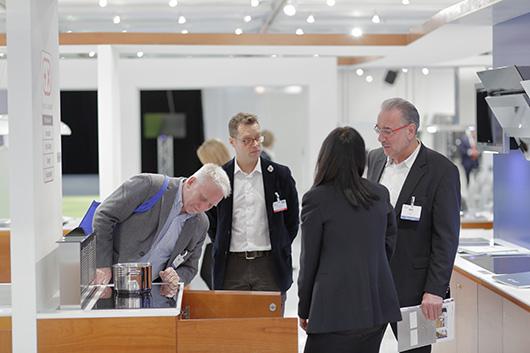 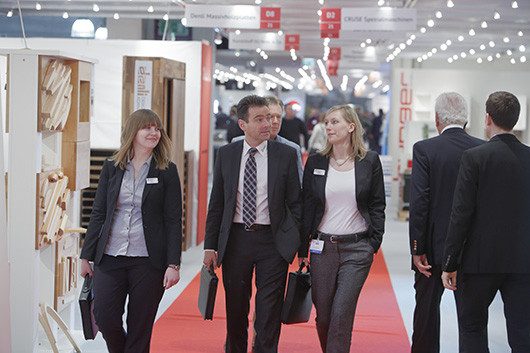 A rise in sales for the furniture and supply industry in Germany was recorded in 2014. According to the German Furniture Industry Association (VDM), revenue was up 2.3 percent compared with the previous year. This positive development continued in the first half of 2015. During this period, the manufacturing companies generated sales totalling 8.5 billion euros and achieved an 8.5 percent increase in growth. All of the segments of the industry benefit from the increasing demand for furniture from Germany. The current industry report on the furniture sector is predicting a turnover of 16.7 billion euros for this year - a figure which looks set to continue to climb.

German furniture gaining a share in the overseas market

Exports have played a material role in the growth achieved by the sector - with a 5.9 percent increase in 2014. According to the German Furniture Industry Associa-tion, around one-third of the sales generated by the German furniture industry meanwhile comes from non-EU countries. Furniture “Made in Germany” is particu-larly sought after in France, Switzerland, Austria and the Netherlands. In addition, some of the major export markets include Great Britain, Belgium and the USA.

German furniture producers are witnessing a significant rise in demand in Spain: The export volume there was 263.3 million euros - an increase which makes the country the third largest growth market for the German furniture industry behind the USA and Poland.

The import quota of furniture from foreign countries is also continually rising: In 2014, the quota rose by 9.4 percent, resulting in a 50 percent increase within ten years to a total of 61 percent. The principal countries of origin include Poland, China, the Czech Republic and Italy. According to the trade association, the German furniture industry meets the challenges of international competition with quality, high value, design, individuality, reliable delivery, cutting-edge production technology and logistics.

The region East Westphalia-Lippe (OWL) is a stronghold of the furniture industry. This is where over a quarter of the total sales of the furniture industry is generated (2013: 4,657 million euros) - while kitchen furniture even accounts for 64 percent of sales. There is no other region in the world with such a concentration of companies operating in the kitchen and furniture segment - including well-known manu-facturers such as Nobilia, which produces around 2,200 kitchens per day, or the furniture component supplier Hettich, which is among the world's leading manufac-turers of furniture fittings. After all, not only furniture is manufactured in this region, many component suppliers based in OWL also account for 40 percent of the products manufactured in Germany.

This high concentration of furniture producers and their suppliers in the region has grown over many years. From the middle of the 19th century, there was a rise in demand for home furniture in the industrial environments of the Ruhr area, Berlin and Saxony brought about by the growing number of inhabitants and the higher income available. For this reason, many small carpenter's and joiner's workshops based in OWL expanded their production and responded to the high demand by switching to serial production. The timber required was procured from the nearby forestries of Sauerland, Egge and Teutoburg Forest. Moreover, the well-developed transportation routes to the sales markets provided a good framework for strength-ening the furniture industry.

Owing to its volume and innovative strength, the German furniture market offers potential for foreign manufacturers and dealers. In a comparison of European countries, the Germans invest a great deal of money in furniture. According to calculations of the German Furniture Industry Association based on Eurostat, per capita spending was 384 euros in 2013. This puts Germany in third place behind Finland (417 euros) and Austria (387 euros). At the same time, the production location and, in particular, the furniture cluster in OWL as well as the trade show ZOW in Bad Salzuflen, provide manufacturers and their suppliers with an effective network and an important platform for establishing contacts, exchanging ideas, initiating orders and setting up cooperation projects.