Dekton®, the ultra-compact surface by Cosentino, dresses and coats the "Rafa Nadal Academy by Movistar" 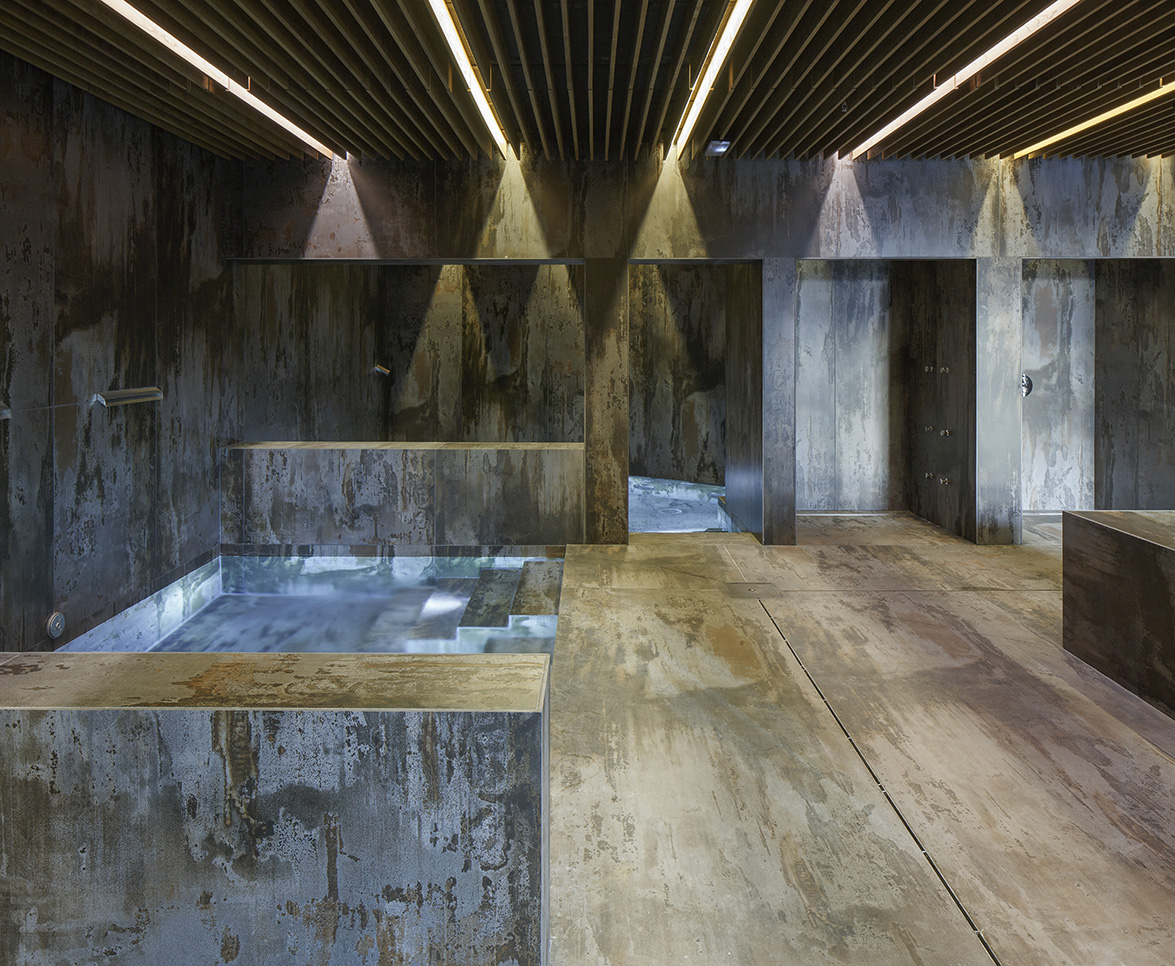 Dekton®, the ultra-compact surface by Cosentino Group, shows all its potential, versatility and infinite architectural and design possibilities at the “Rafa Nadal Academy by Movistar“, a project that has already become an emblematic and broad-reaching project, for this revolutionary product, fruit of the innovative capacity of the multinational from Almeria.

The Academy, located in Manacor and officially opened last week at a huge event, is conceived as high performance centre with the most advanced technology, maximum comfort and spectacular facilities in which Dekton® is a key constructive and unifying element through the centre.

Cosentino Group has fitted over 40,000m2 of this innovative material in all available thicknesses and applications. Dekton® can be found inside the Academy for panelling, flooring, worktops, stairs and skirting, especially emphasizing its use on the façades of the two main buildings of the complex, the swimming pools and the spa area. 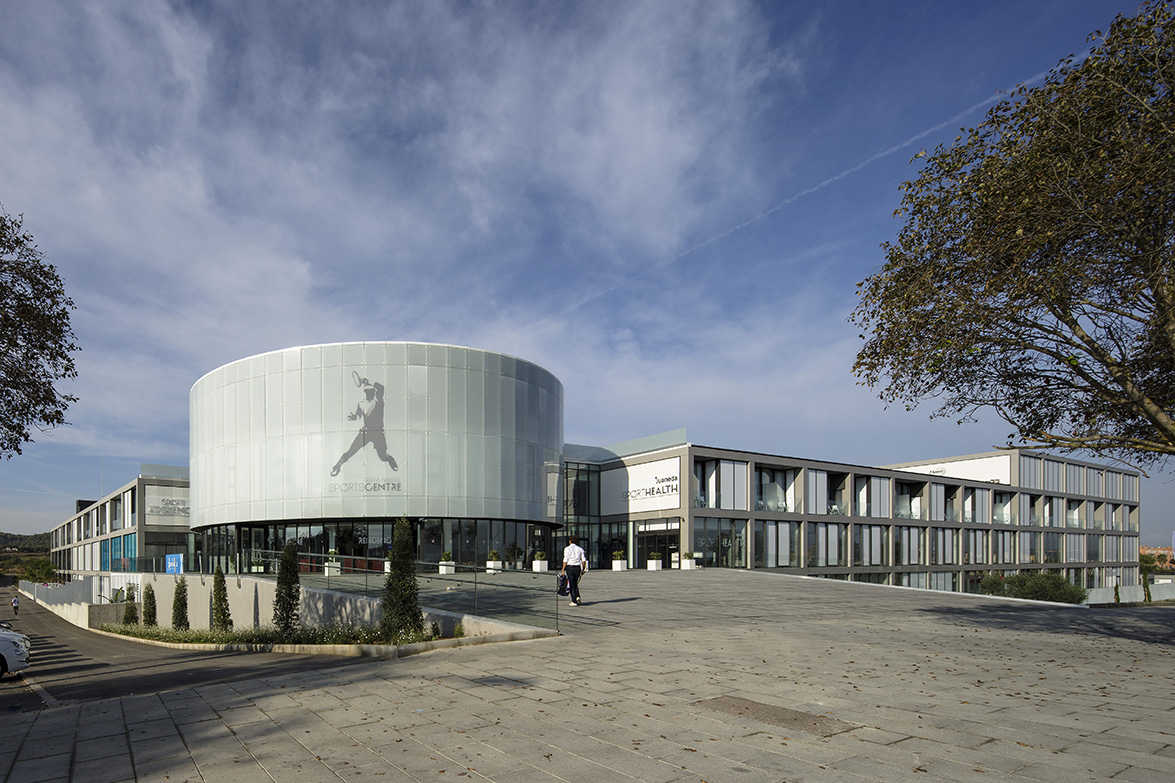 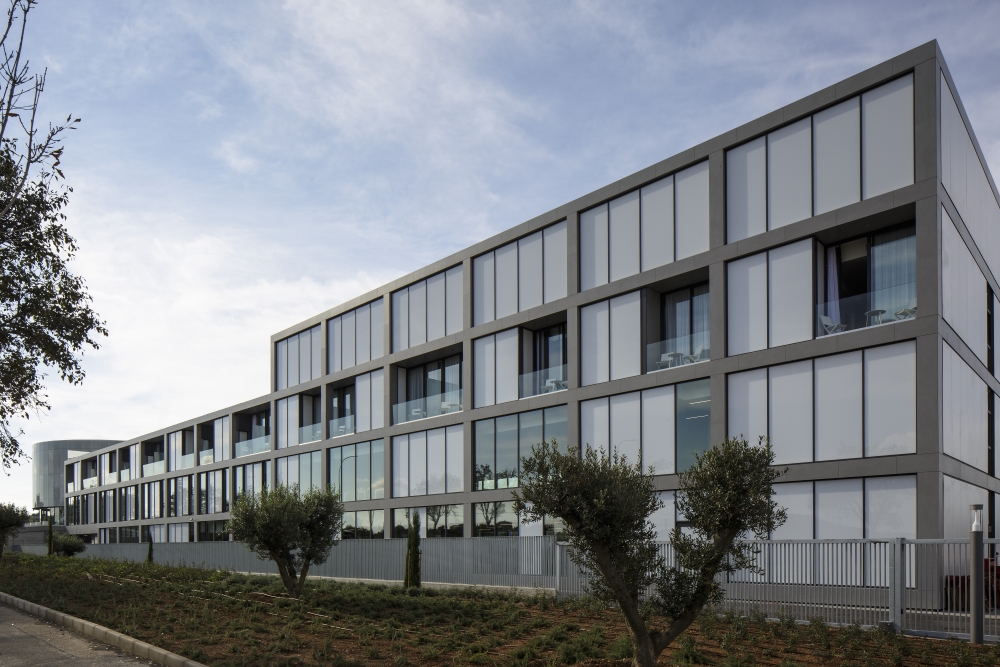 This project has become a real showcase of the wide range of colours of Dekton®, using up to twelve different colours of the material, such as “Domoos”, “Keon”, “Korus”, “Trilium”, “Ventus” or “Zenith”, among others. Furthermore, as proof of the company's involvement in the project, and the close relationship established between Cosentino and the project managers, led by the Catalan architect, David Iglesias, two colours were developed especially for the project, one in a blue tone and the other in white.

As well as being a high end residential complex for housing 140 students, with an international academic programme valid for access to universities all over the world and an exclusive sports project, the “Rafa Nadal Academy by Movistar” is a genuine milestone in terms of architectural design for sport and education. The campus boasts more than 24,000 m2 of built up areas, mainly distributed between the residence, training school and different sports facilities: 26 tennis courts, 10 padel tennis courts, 2 squash courts, 3 swimming pools, regulation football pitch, athletics track, 3 sports halls and a fitness centre.

The common areas of the complex are also of note, such as changing rooms, cafeterias, clinic, spa and green areas. All areas have been fitted with Dekton® ultra compact surfacing as it is a versatile material that can meet different requirements in terms of format, thickness, colour, finishes and its high resistance and durability. Consequently, and given the magnitude of the project, its carefully designed aesthetic appearance and, above all, the promotion of sporting and educational values among young people, the “Rafa Nadal Academy by Movistar” has been selected as the best national project in the latest edition of the prestigious Macael Awards organised by the Association of Marble Businessmen Andalusia. 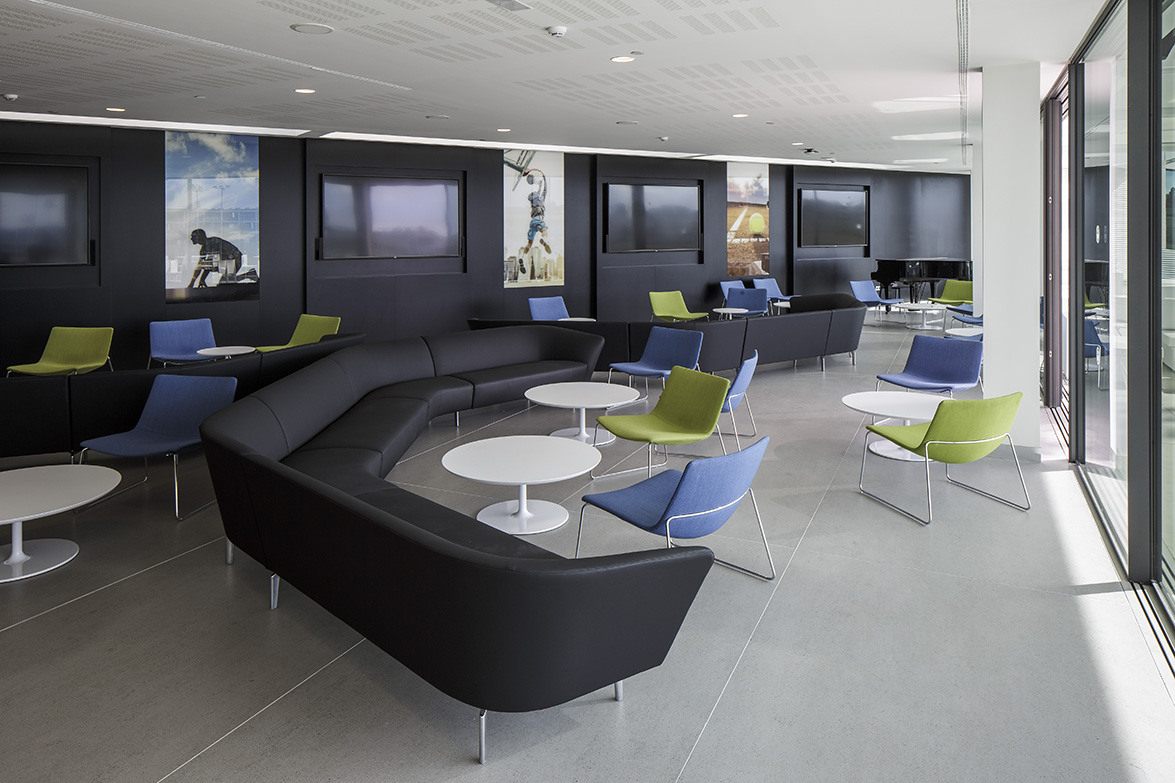 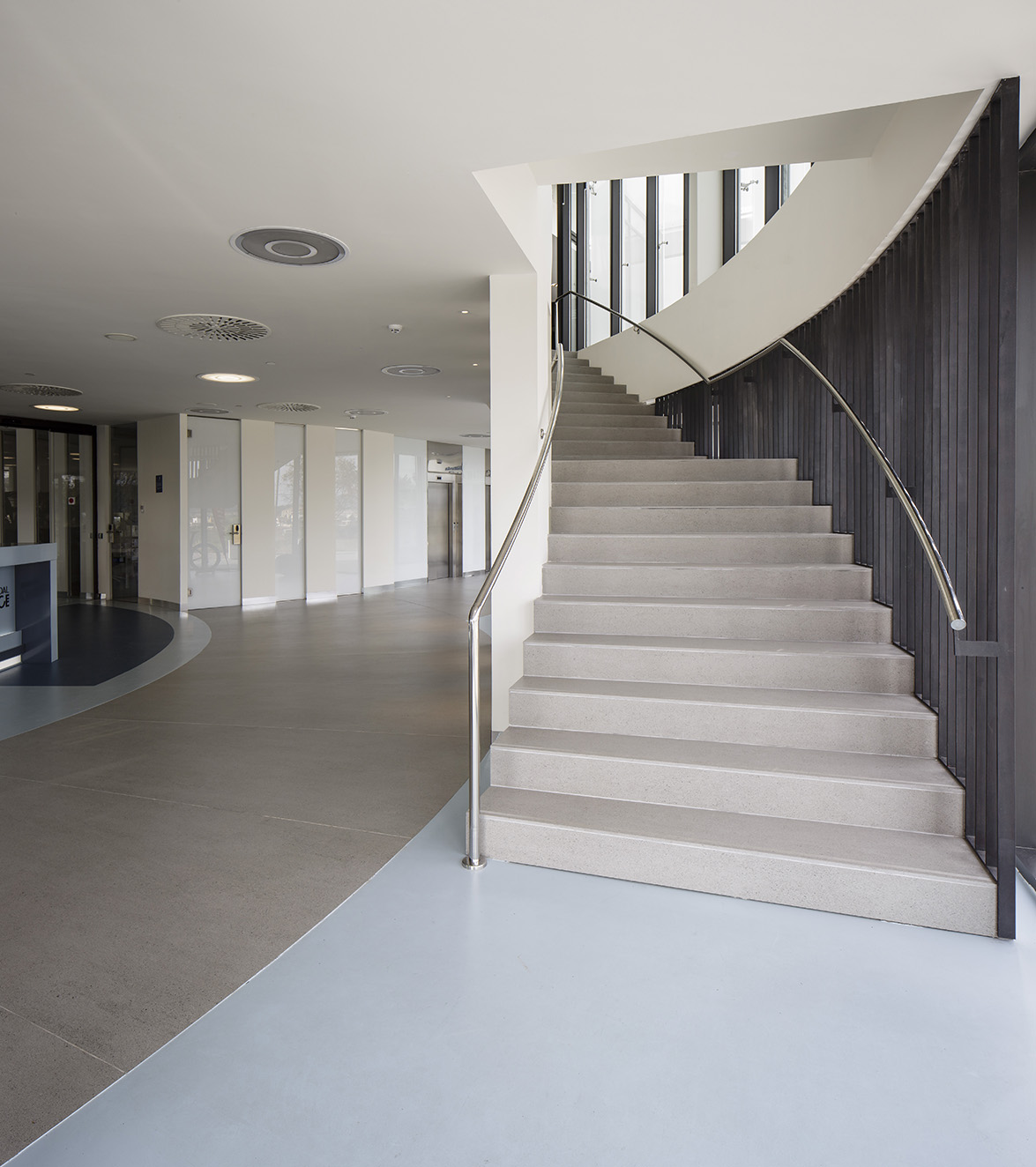 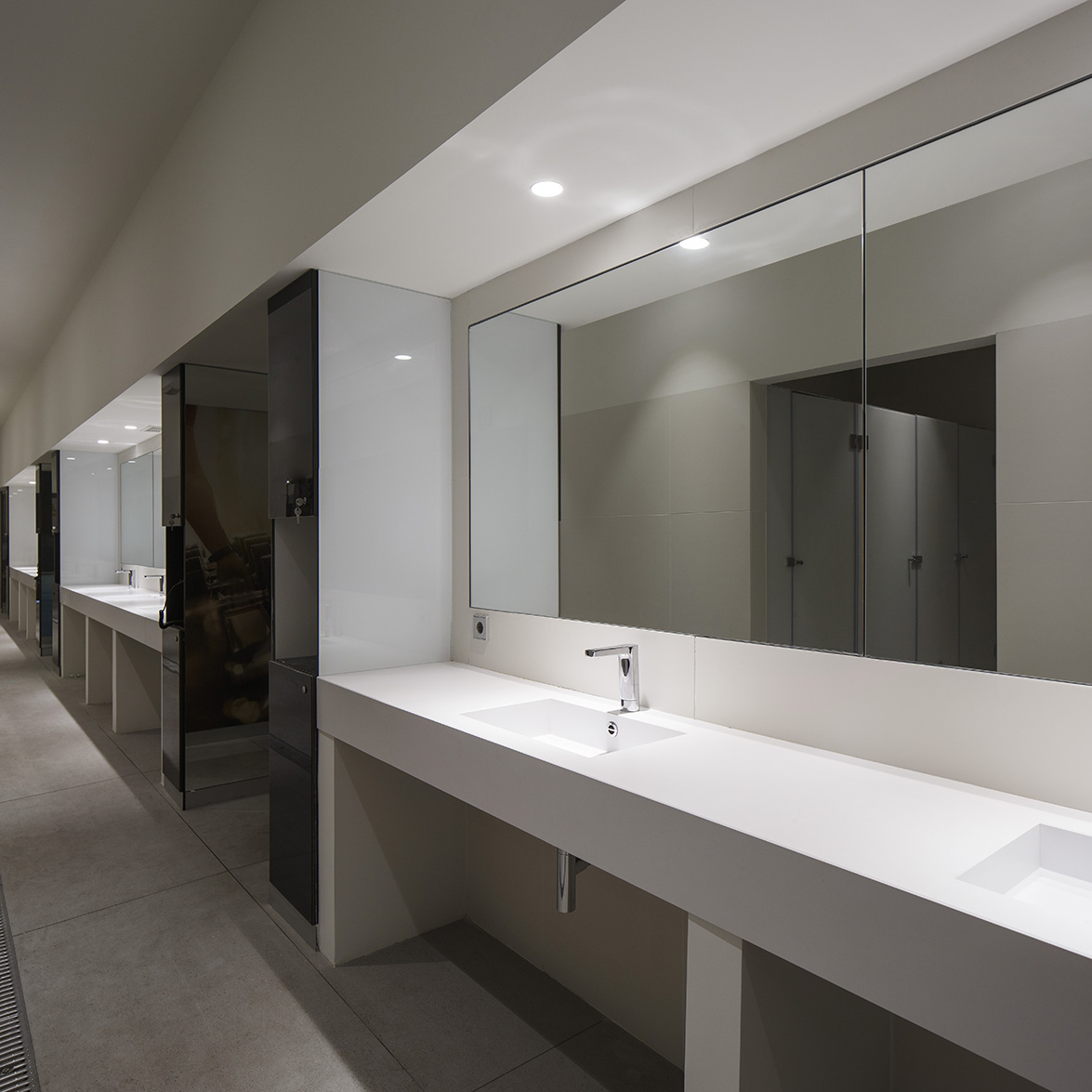 “We are all extremely proud of the relationship we have had with Nadal since the end of 2014, which is now further strengthened even more with our collaboration with the Academy, a reality in which we are honoured to have been involved. It has been a true challenge for production, logistics and design that has demanded the very best of us, but thanks to the dedication of our professionals the result could not be more satisfactory. This is an unbeatable example, with international relevance, of all the possibilities and characteristics of Dekton® for the most exigent architecture and design situations,” remarked Santiago Alfonso, Director of Marketing and Communications for Cosentino Group.

Fruit of this commitment, the Spanish company also contributed to the project with its other reference Silestone®, and its products in natural stone, thus showing the variety of Cosentino's portfolio of products and solutions. This has largely contributed to the company becoming an official sponsor of the “Rafa Nadal Academy by Movistar”. Specifically, Silestone® is present with 130 shower trays in “Blanco Zeus” and “Suede” finish. This very same tonality and texture was also chosen for the more than 100 bathroom worktops with integrated “Elegance” sinks, from the “Cosentino Bath Collection”. Other worktops in the centre have also been designed in the colours “Verde Fun” and “Marina Stellar” by Silestone®. Finally, for the main entrance to the complex, over 700m2 of Negro Ochavo bush-hammered granite was applied.