Float, the convertible portable lamp by Mario Alessiani for Axolight 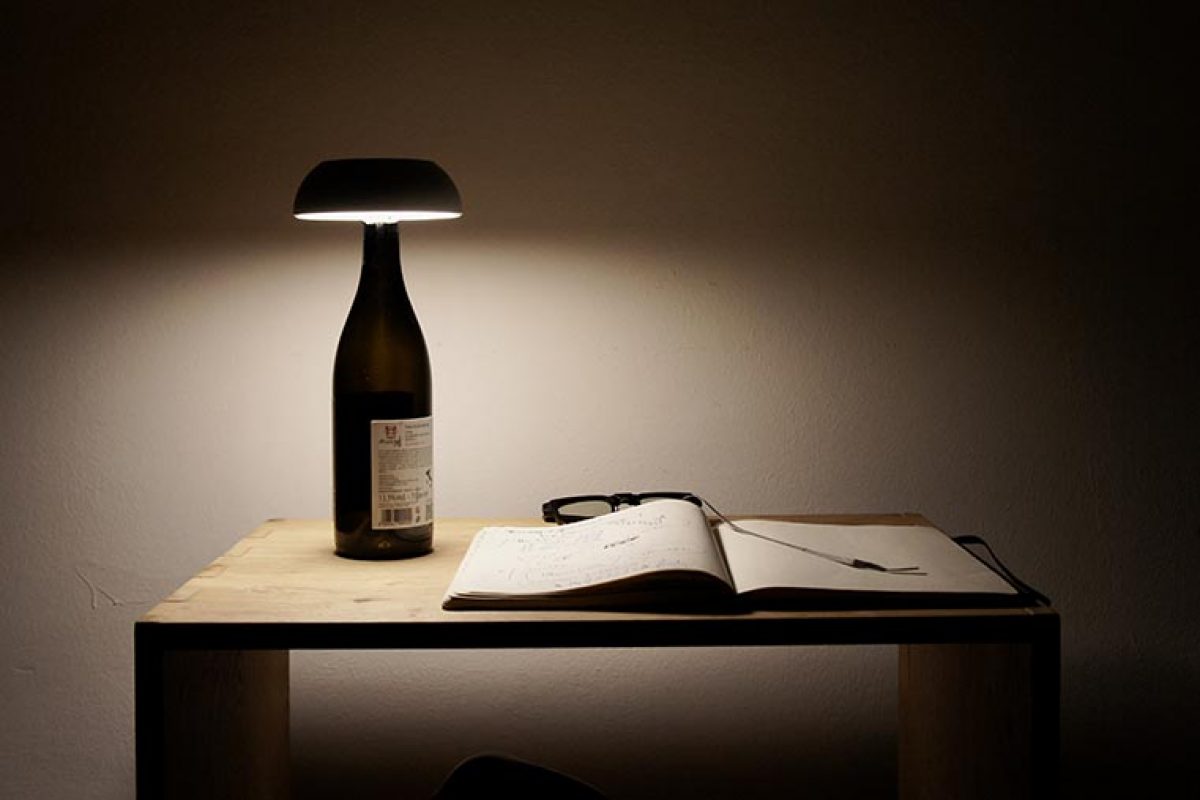 Float, the convertible portable lamp by Mario Alessiani for Axolight

Axolight's ingenuity, together with the creativity of designer Mario Alessiani, led to Float, a multifunctional and portable lamp which can be used both outside and indoors, designed for different uses: table, floor, suspension and wall. It takes inspiration from children's beach floats - as per its name - and allows for individual free interpretation to take on different forms. 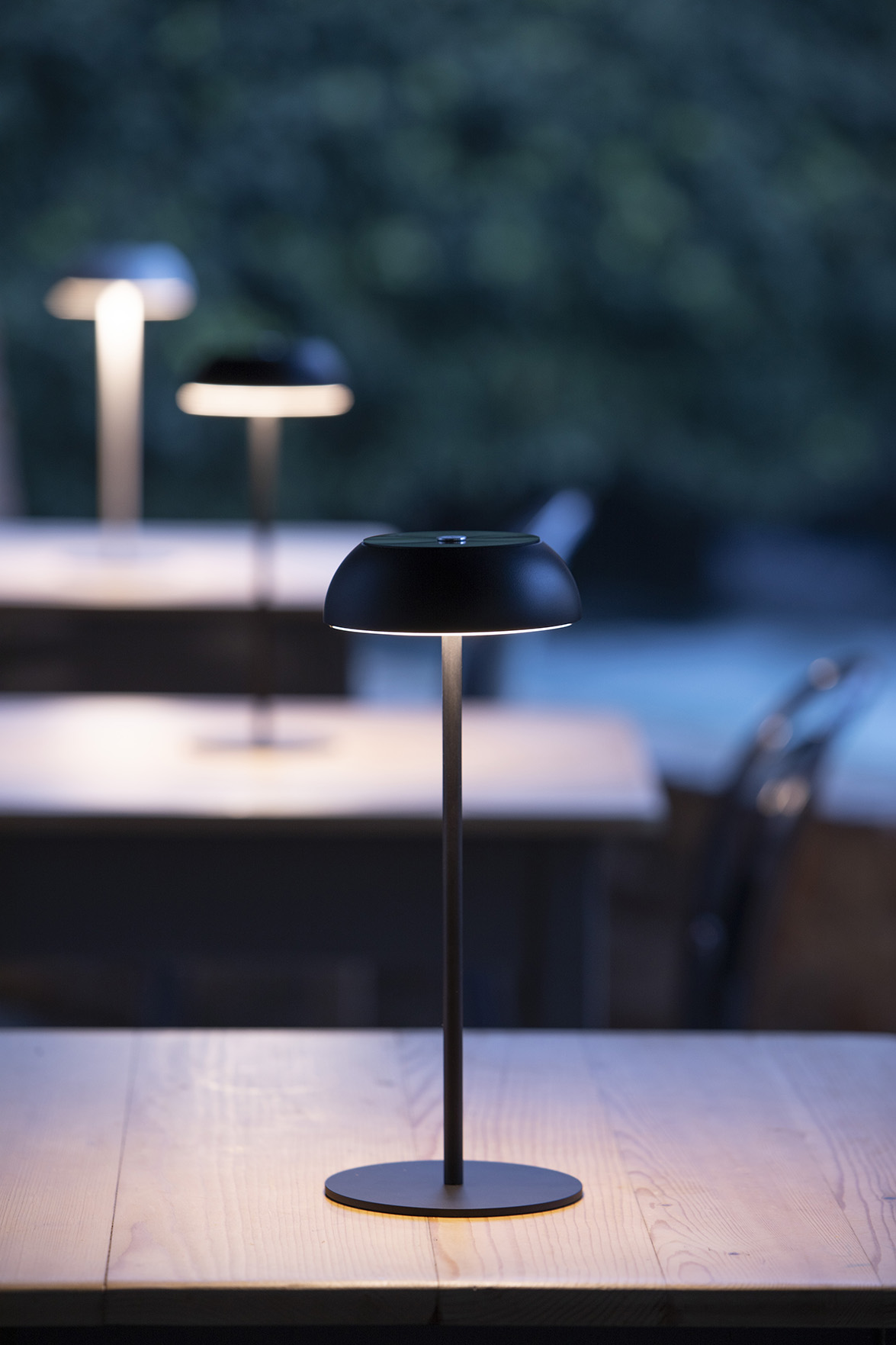 The lamp body, made of aluminum, can be placed on any bottle, thanks to a central hole which is closed at the upper end. The table and floor versions also include 36cm or 120cm steel pedestals, whilst the ceiling and wall versions include the appropriate cables. 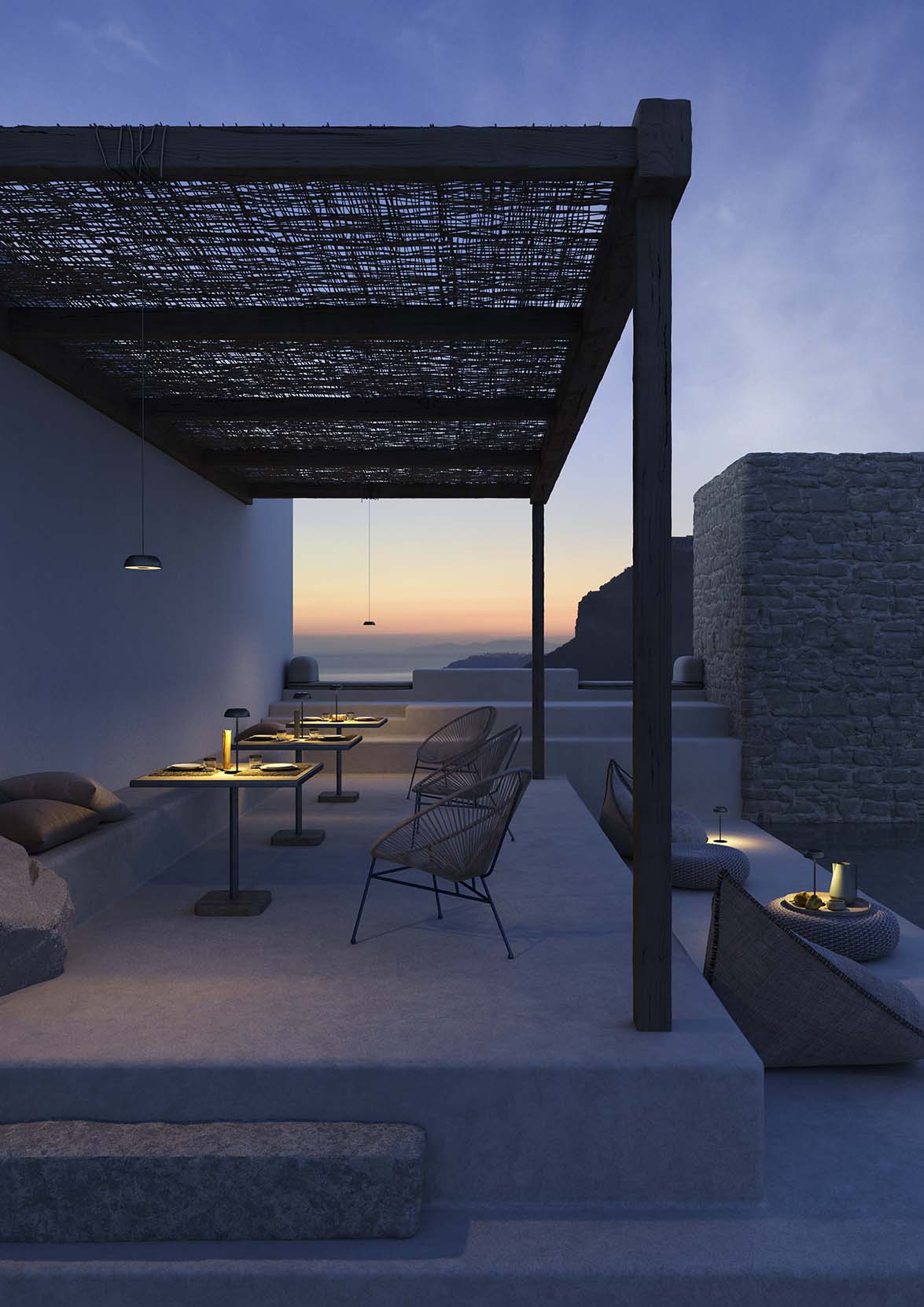 Ideal for both domestic environments - from the living room to the garden - and the restaurant sector due to its exceptional versatility in function and the ease with which the lamp body is rechargeable, without the help of bases or support cables, thus allowing the simultaneous charging of multiple lamps in confined spaces. 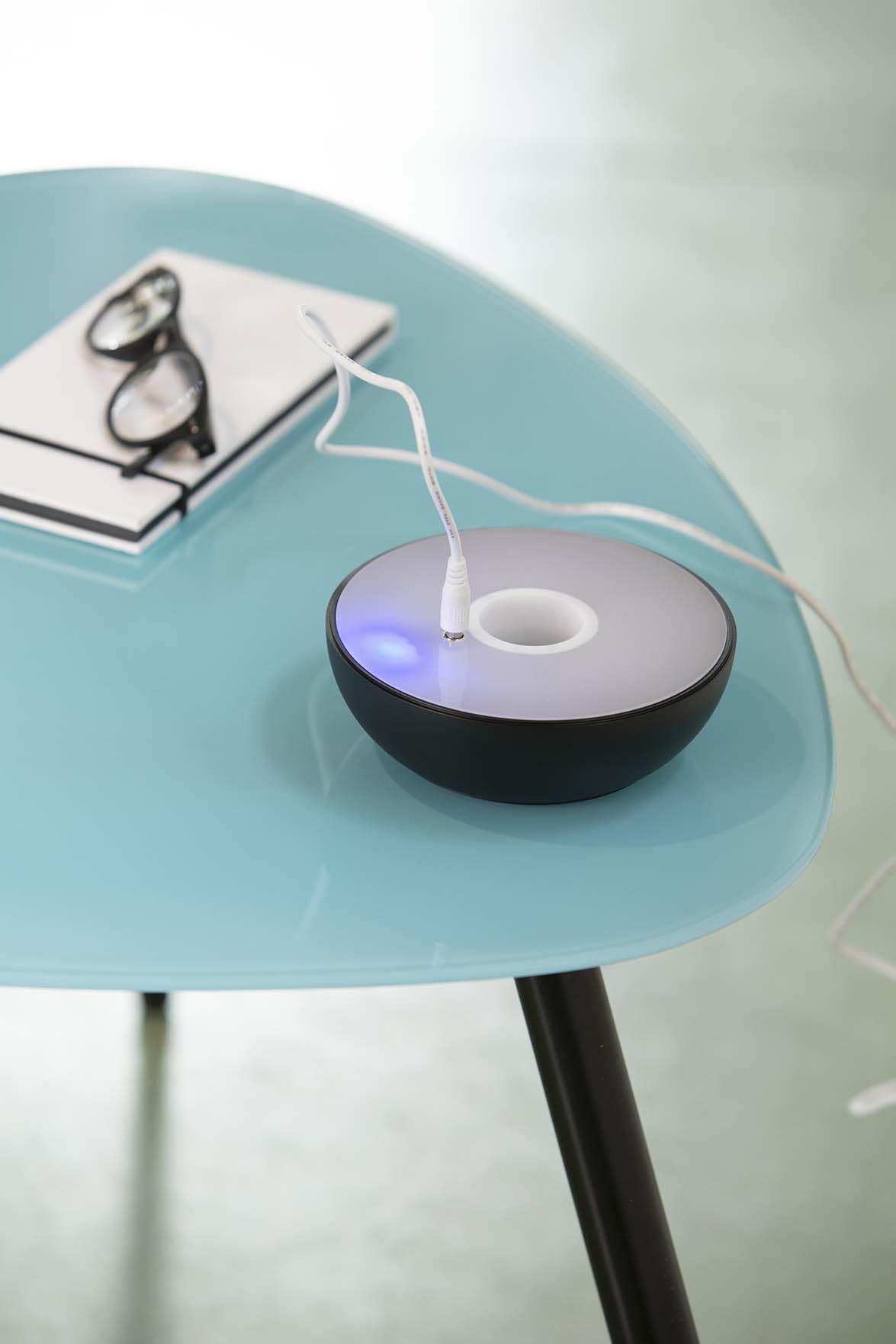 It features a soft touch system to turn on and adjust the light flow and has a battery that can be used for about 9 hours, and which can be recharged via a USB cable and replaced at the end of its life cycle. The degree of protection for dust and water is IP55, which makes the lamp ideal for outdoor environments as well. 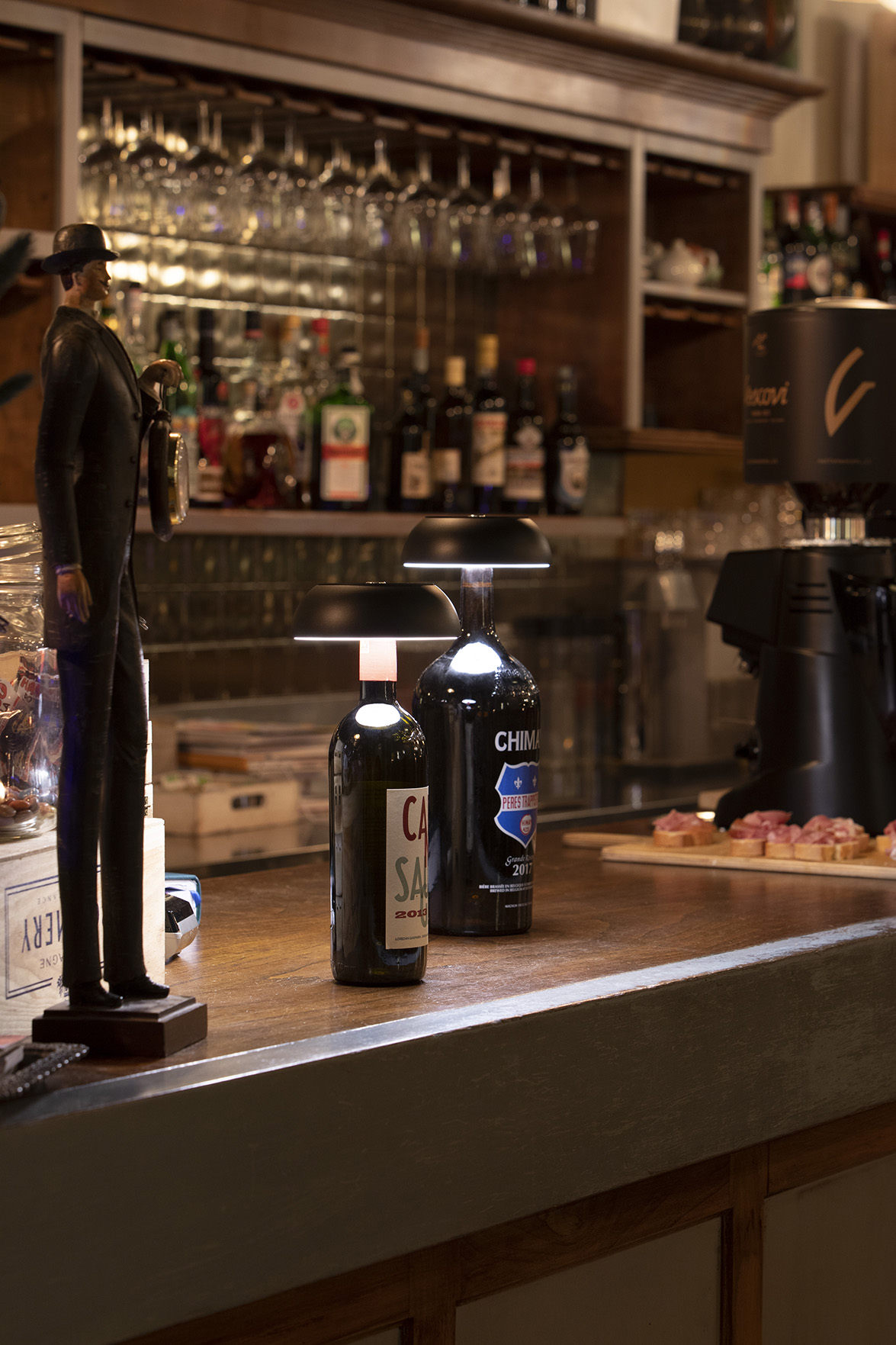 “With Float, Axolight and I focused on style and rationality to achieve the arduous task of building a functional emotion. Our float , just like children's floats in water , fulfills the function of keeping small vessel s afloat, whilst creating happy emotions. We wanted it all and we succeeded,” commented designer Mario Alessiani. 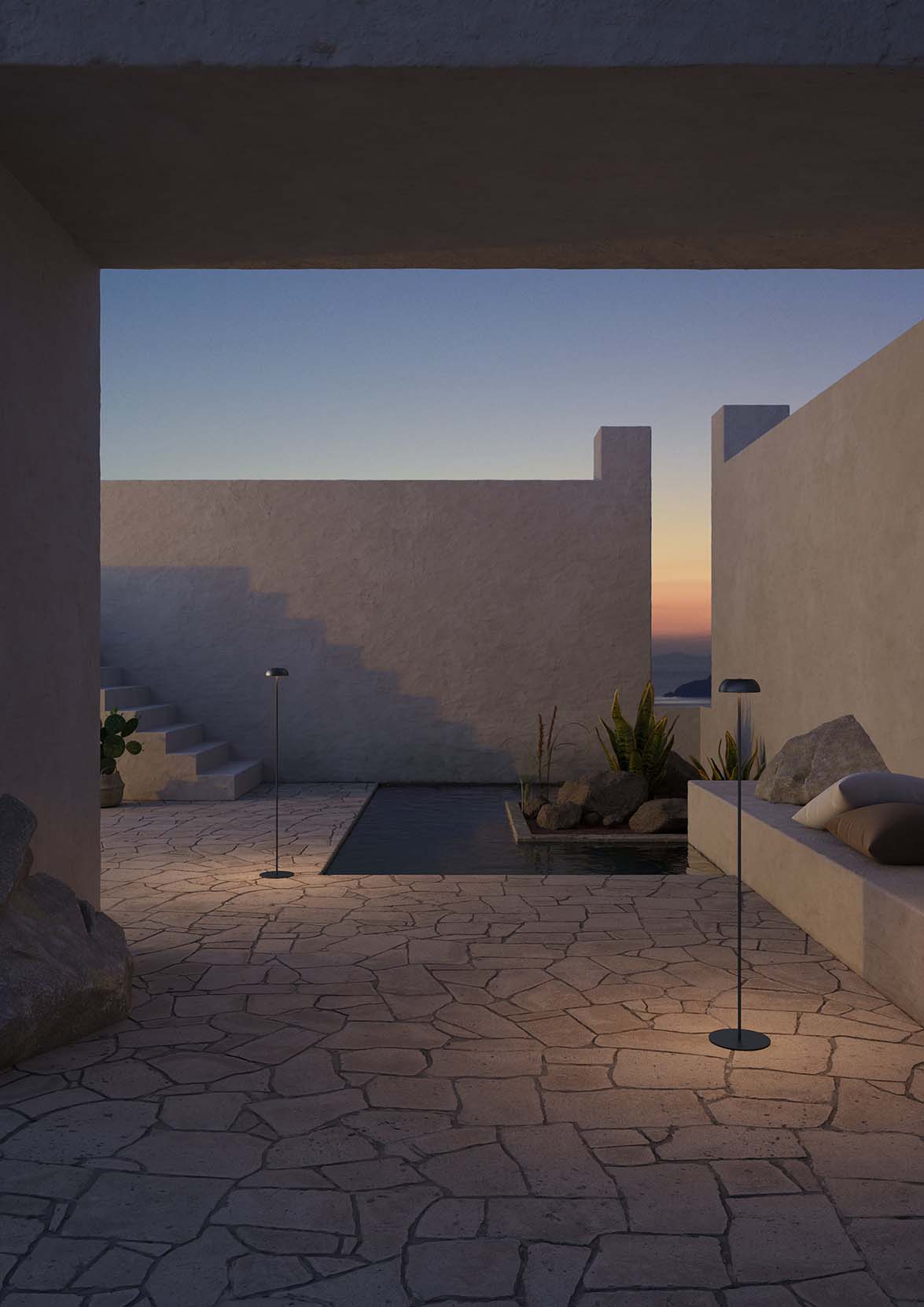 Float is made in Italy and come in 5 colorways: white, black, blue, cement gray and powder mauve. It is therefore not only functional and high performing, but also has a well-defined aesthetic that rouses emotions. 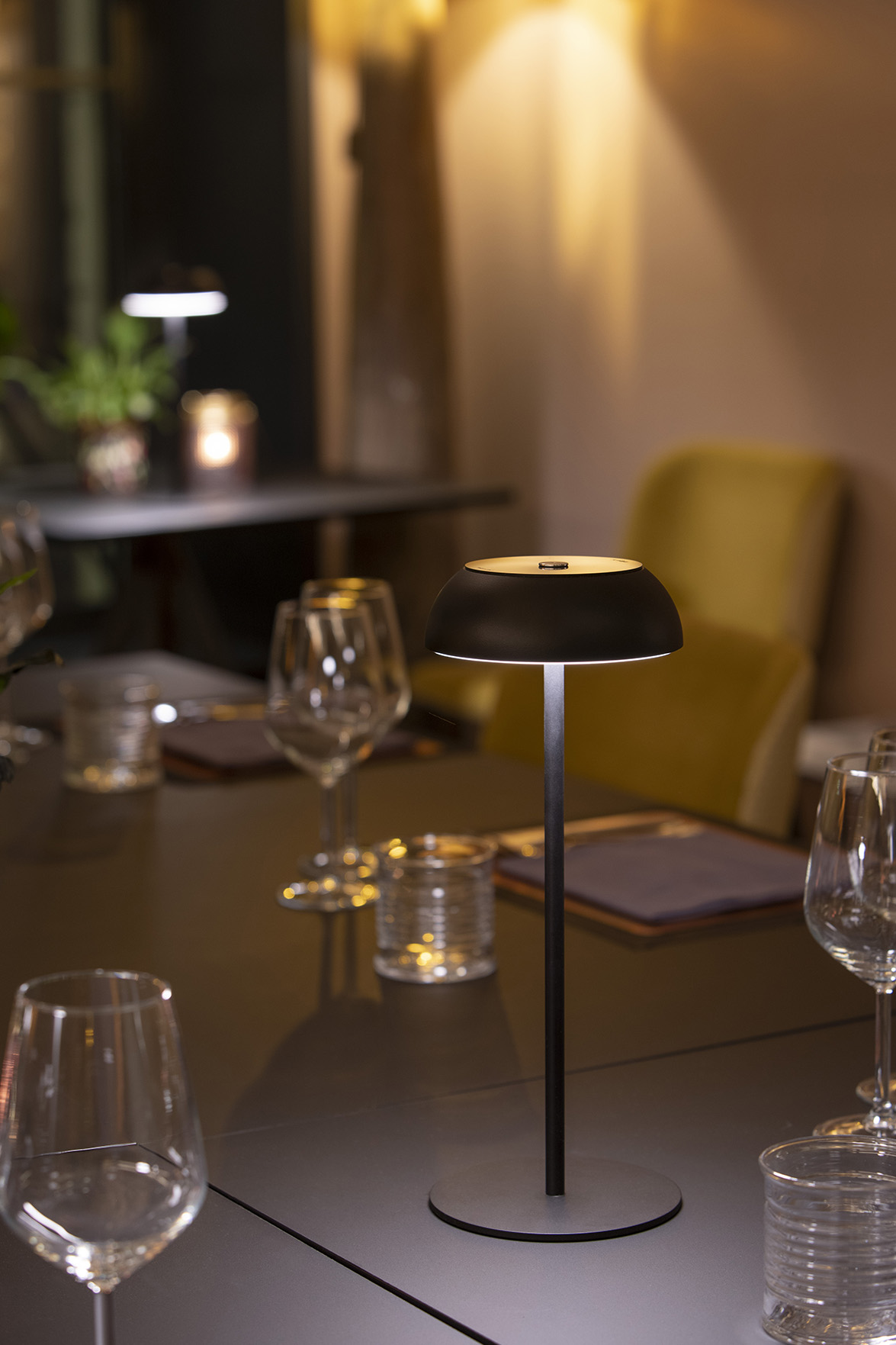