Chain10 redefines the idea of a traditional dining space with Green Isle restaurant. A biophilic design to eat in trees 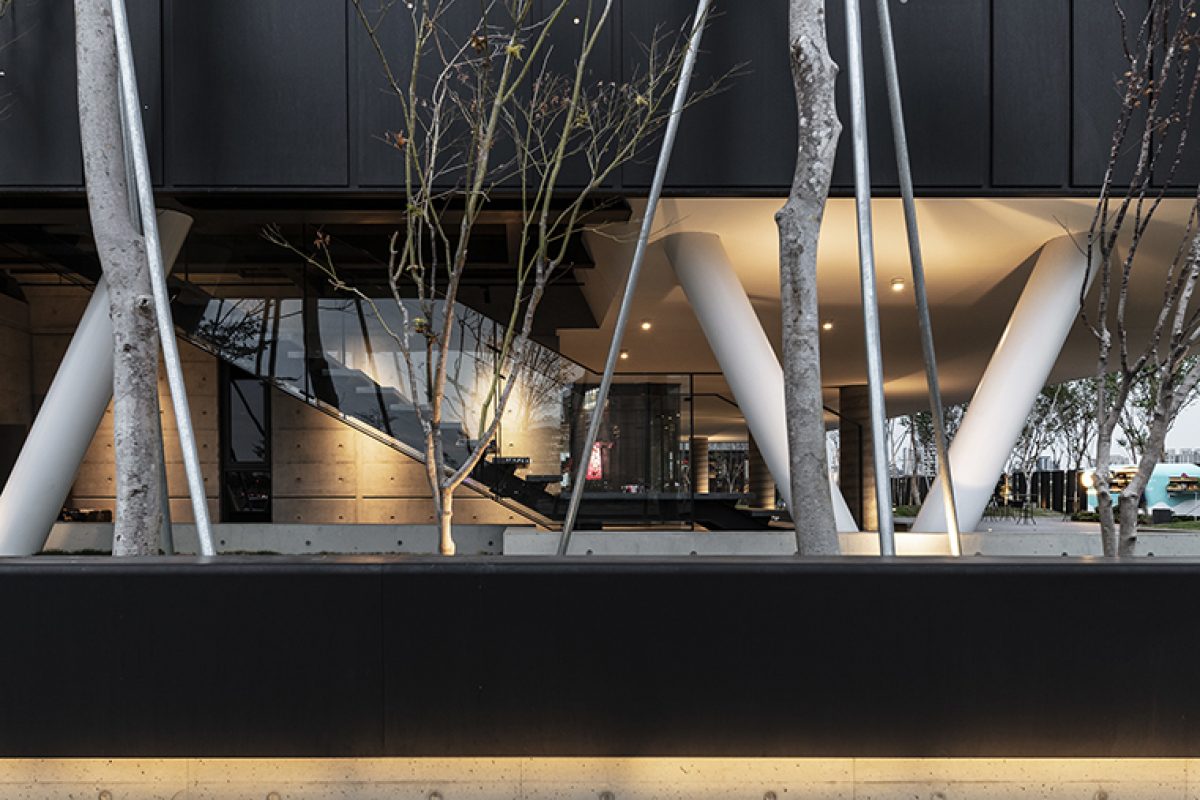 Chain10 redefines the idea of a traditional dining space with Green Isle restaurant. A biophilic design to eat in trees

When Ken Lo, managing director of Chain10 Architecture & Interior, was asked to create a third restaurant in the successful Tan Zuo Mali chain, he knew he had to push himself to go further than his two previous designs. He knew he had to reorient his perspective about restaurant dining and green spaces. Living in Kaohsiung, a fairly large city, most people never have the time to really appreciate nature. That is why he decided to create a one-of-a-kind space with the Green Isle. 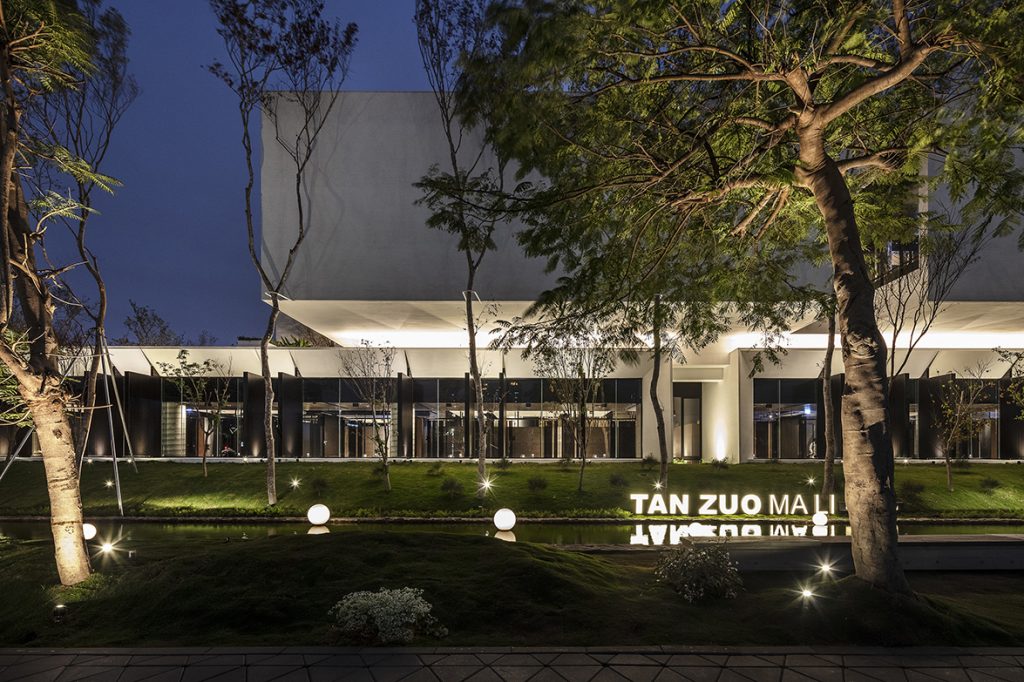 The project is roughly about 5,950m² which allowed the creation of a relatively complete living environment encompassing both a rest and dining space. It occupies a wide stretch of land but unfortunately, the nighttime lighting of this area in Kaohsiung is insufficient meaning any potential project would have to provide sufficient illumination to create its own atmosphere. This lighting would be used as visual landmark and also to highlight the forest-like greenery surrounding the project. The Green Isle was given its name hailing to ages gone by of magical places where you could go to relax and feel refreshed. 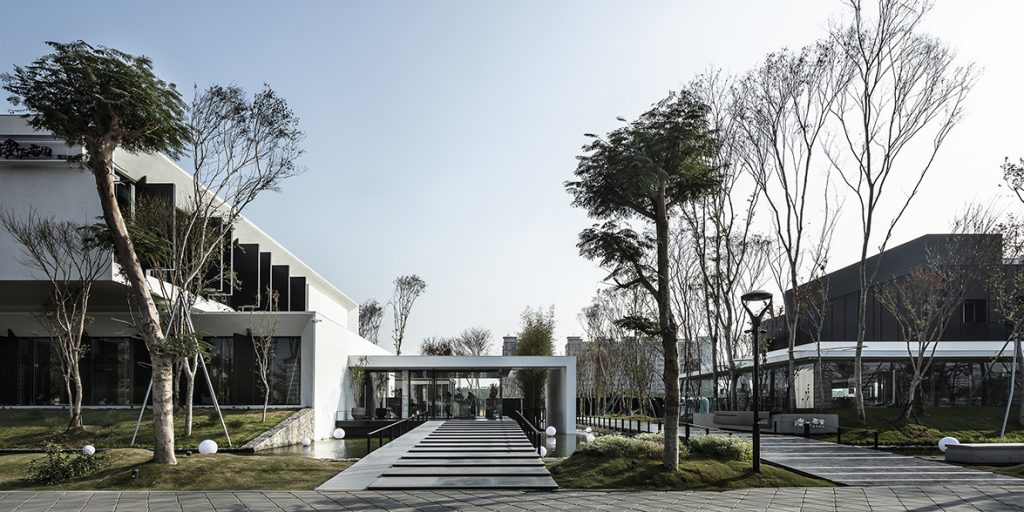 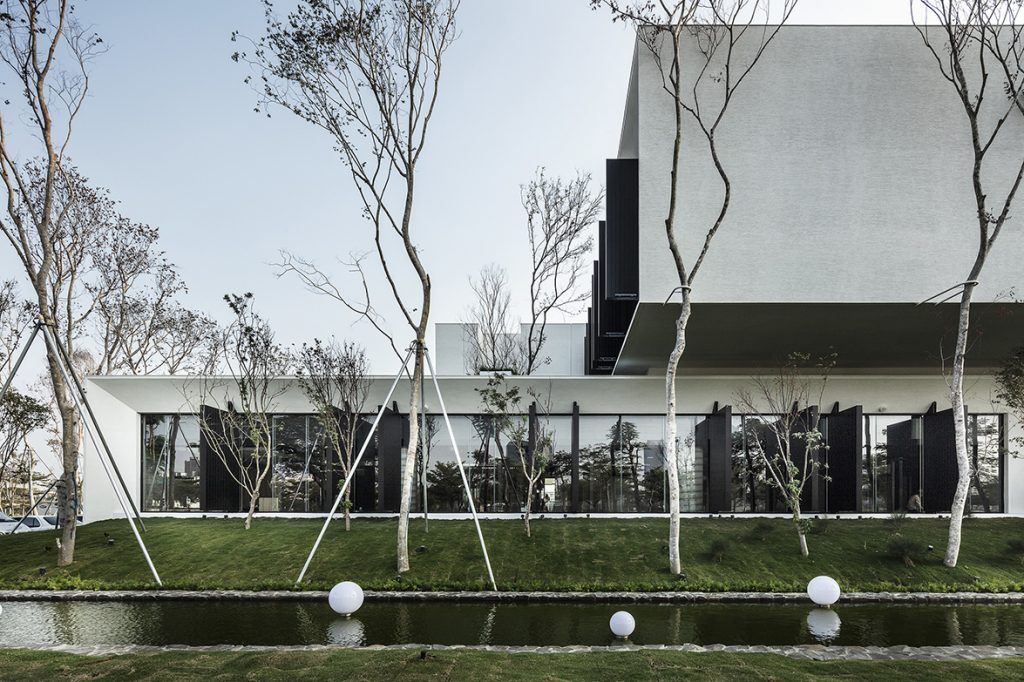 At the main entrance of the restaurant, a bridge was placed over the pool to accentuate the mood of guests as they enter. The nearly 120-meter landscape pool gives a strong impression of the building and creates a connection between the building and the water. Surrounding the property are over 250 large trees reducing the carbon emissions from the project and creating the feeling of being transported to another place. 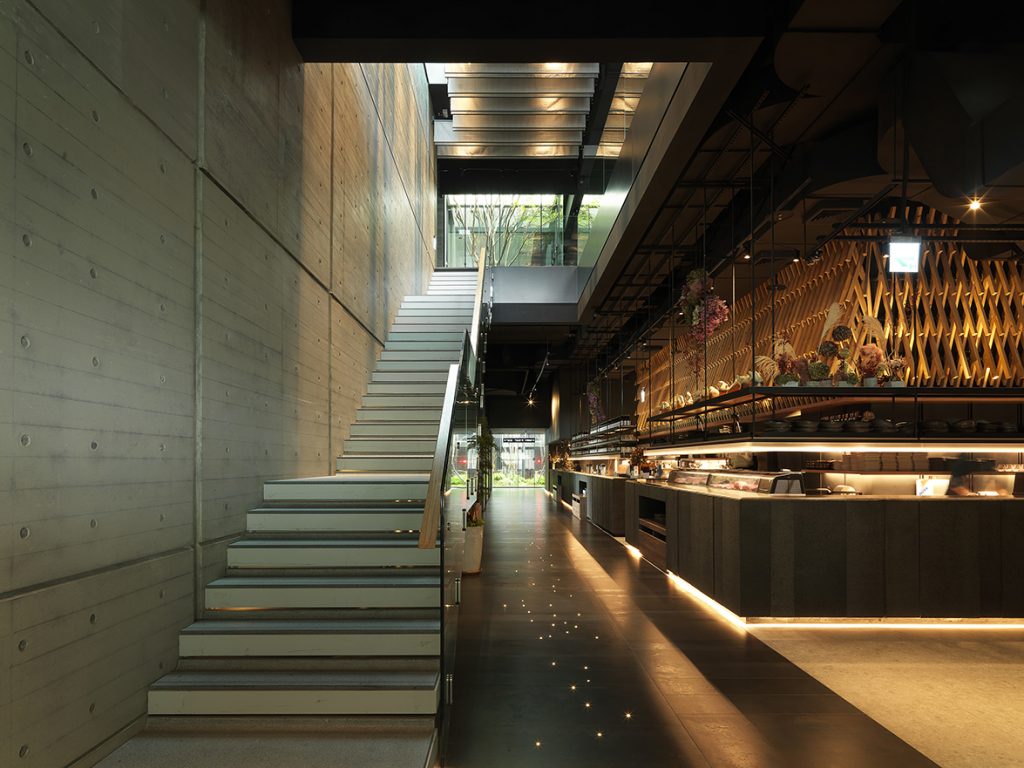 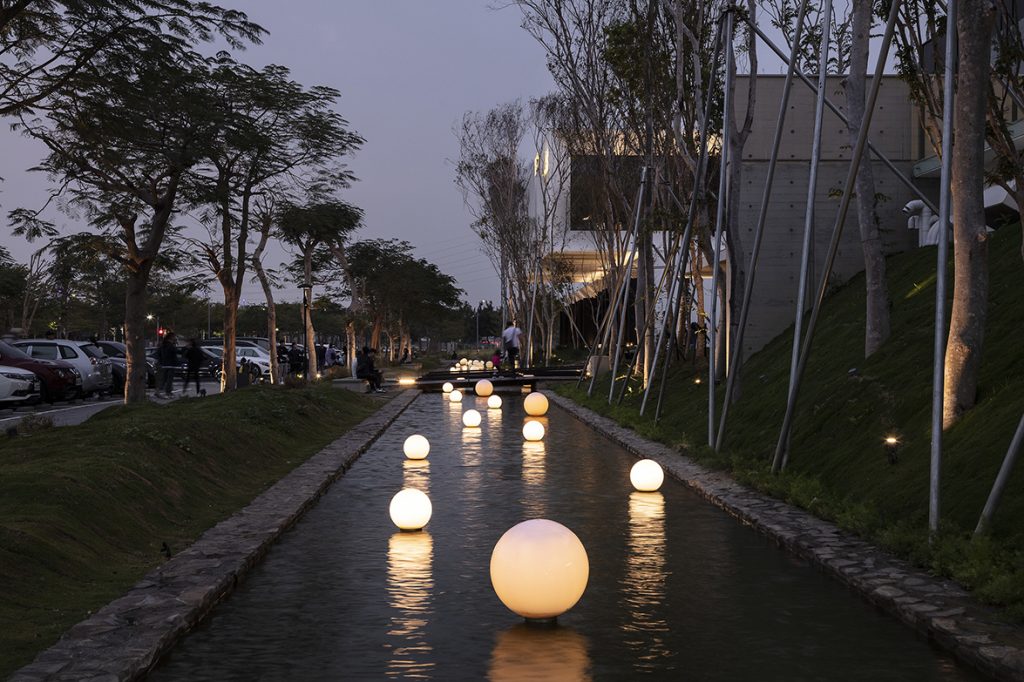 In addition to analyzing different service patterns and finding the best economic model, significant time was spent on environmental sustainability. Even traditionally imported materials like marble were locally sourced to reduce the emissions during transport. A large number of concrete exterior walls were barely painted, decreasing the need for elaborate environmentally detrimental materials. The use of secondary materials also directly reduced the thermal effects and energy consumption of the building. In order to respect the relationship between the building and the green environment, the decorations of the indoor dining area were simplified. There was nothing overly complex or intricate but rather a focus on simple modern choices. 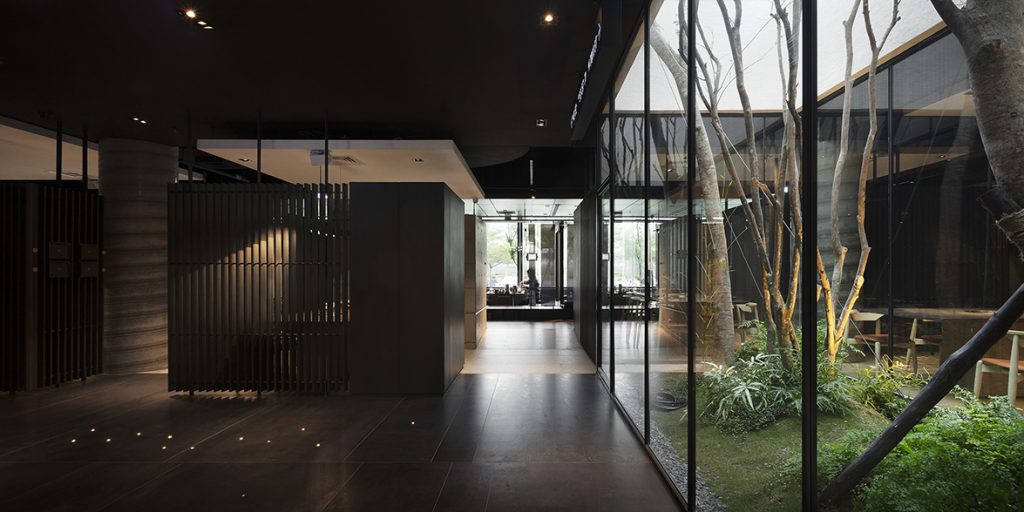 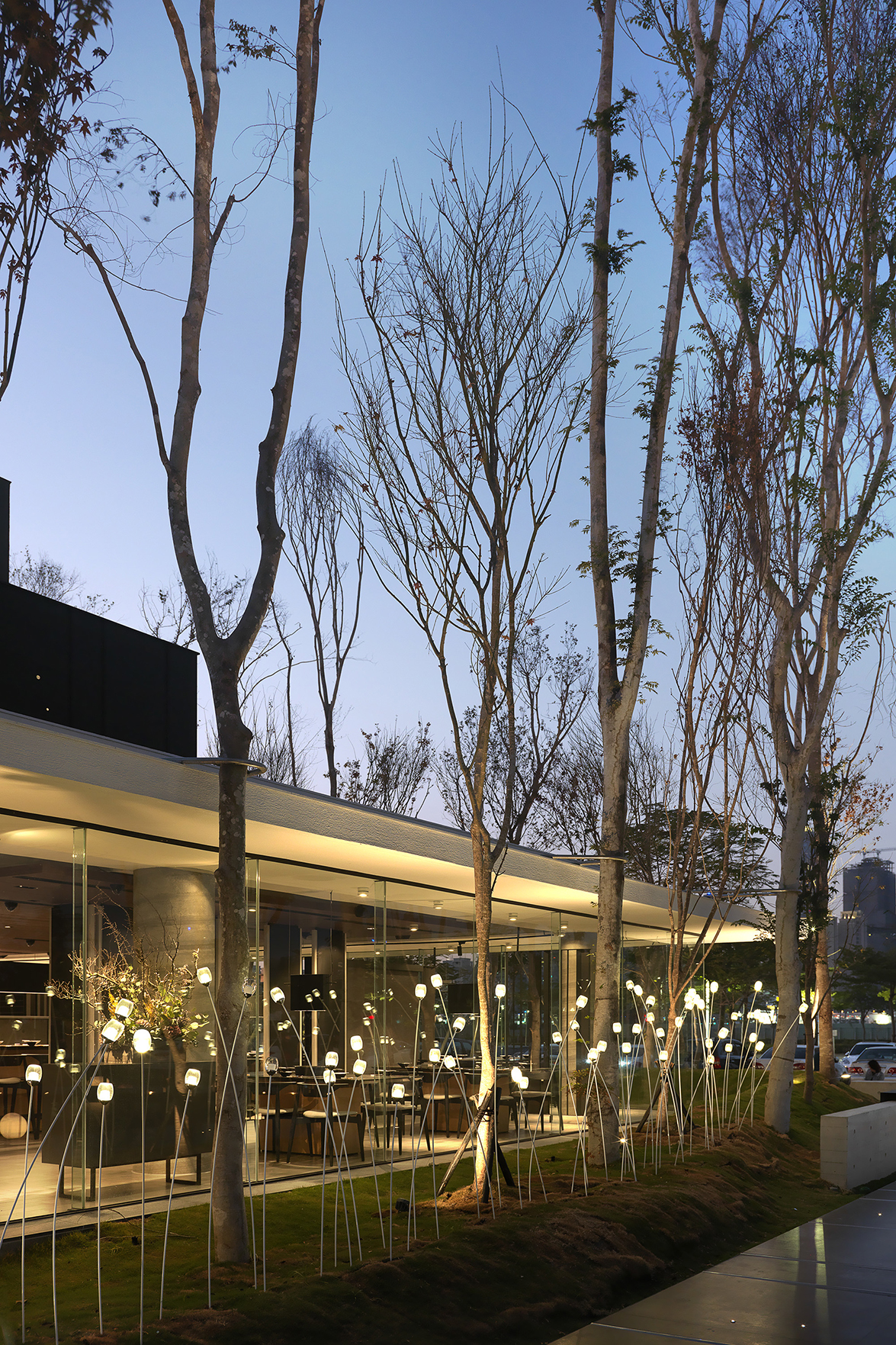 The use of materials inside and outside the building takes into account recycling and sustainability, and the use of materials such as metal is modularized. That will give the client years of efficient replaceability of most components. The glass arboretum is placed in a central location along with some greenery on top of a permeable layer of soil. In addition, this space also increases the possibility of natural light entering the indoors. Contrasting the artificial light source with the natural light source helps to blur the boundary between the interior and exterior space. This gives the consumers more opportunities to fully enjoy the beauty of the natural environment and the aesthetics of indoor artificial lighting. 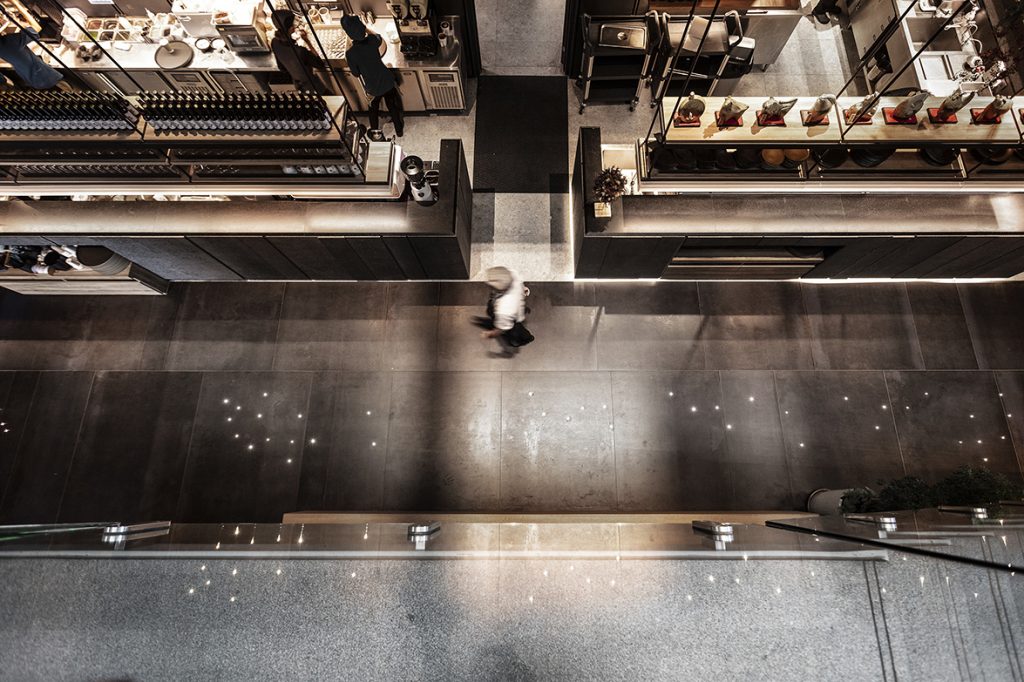 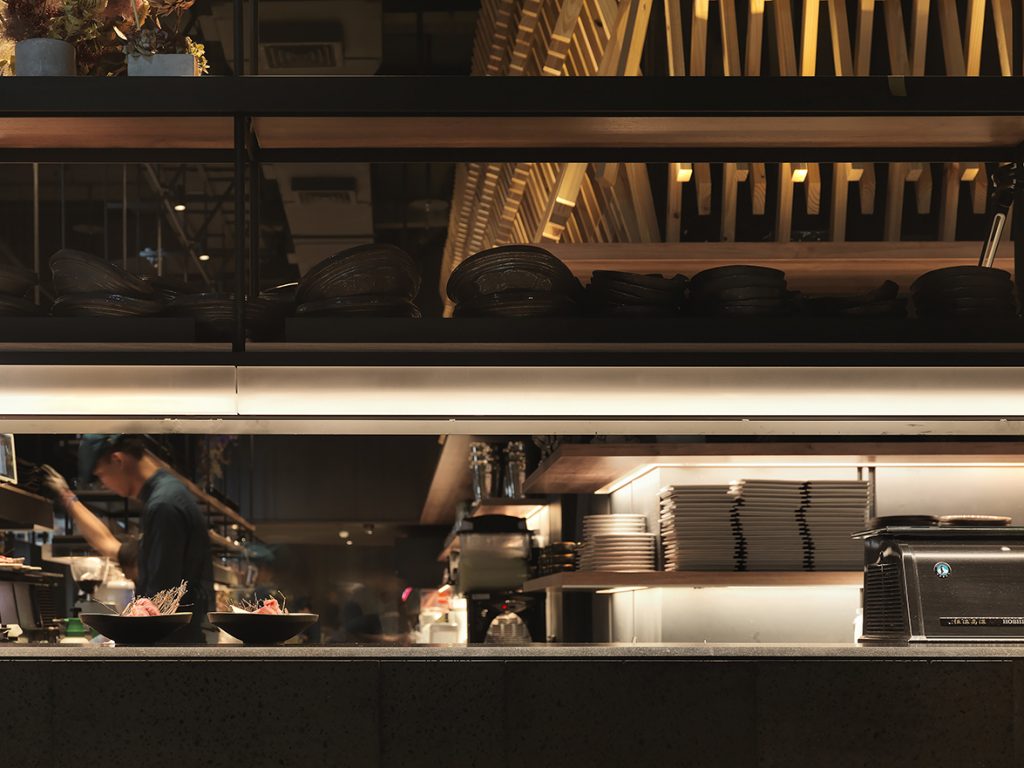 This project posed quite a challenge for the designer because, after two previous iterations, he knew that he would have to create a truly unique project that would meet the needs of the environmentally-conscious consumer. Approaching and walking around the property, it is easy to see that he has done just that. It is a project that has set the bar for what environmental sustainability should look like in the commercial restaurant space. 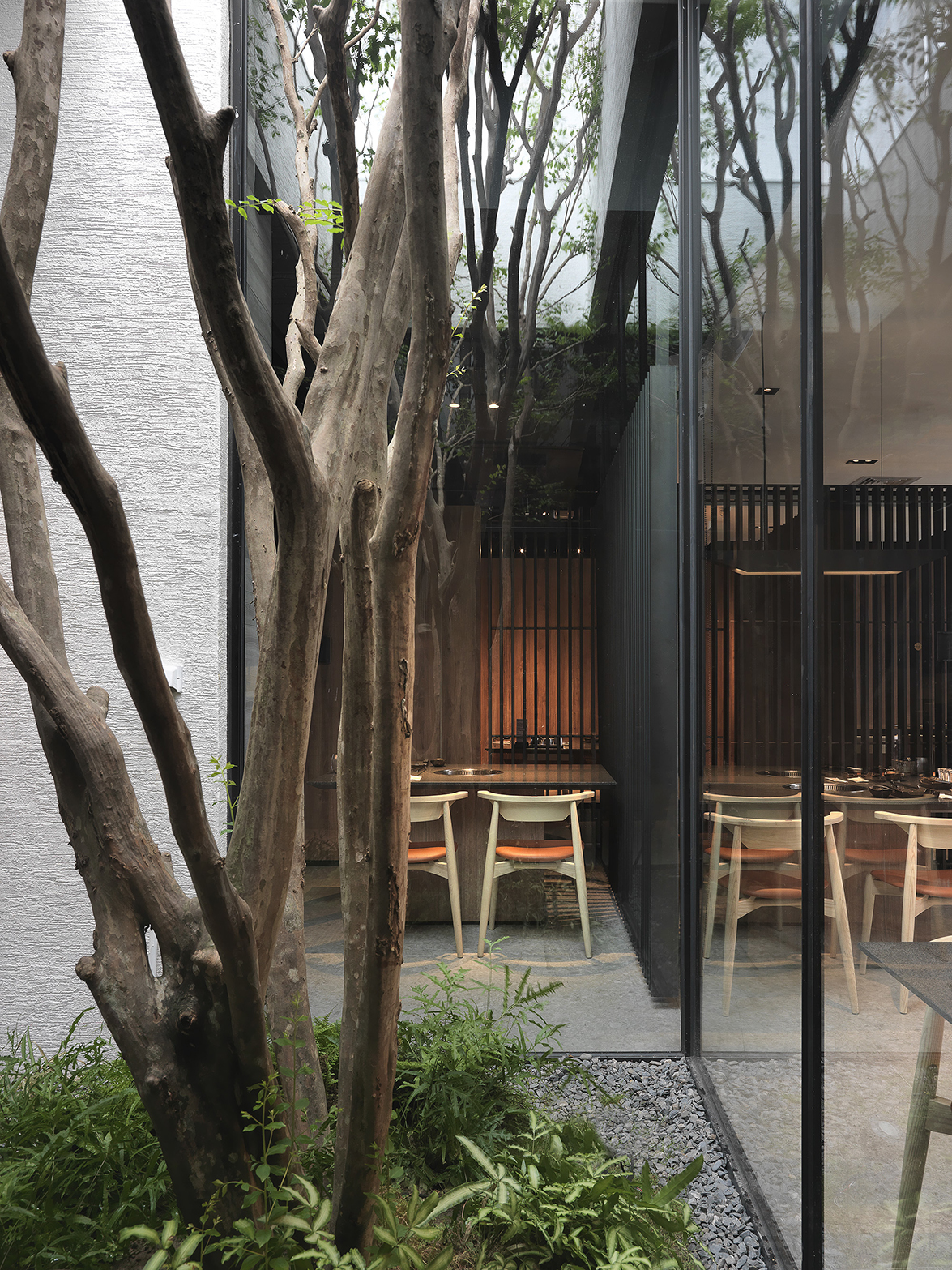 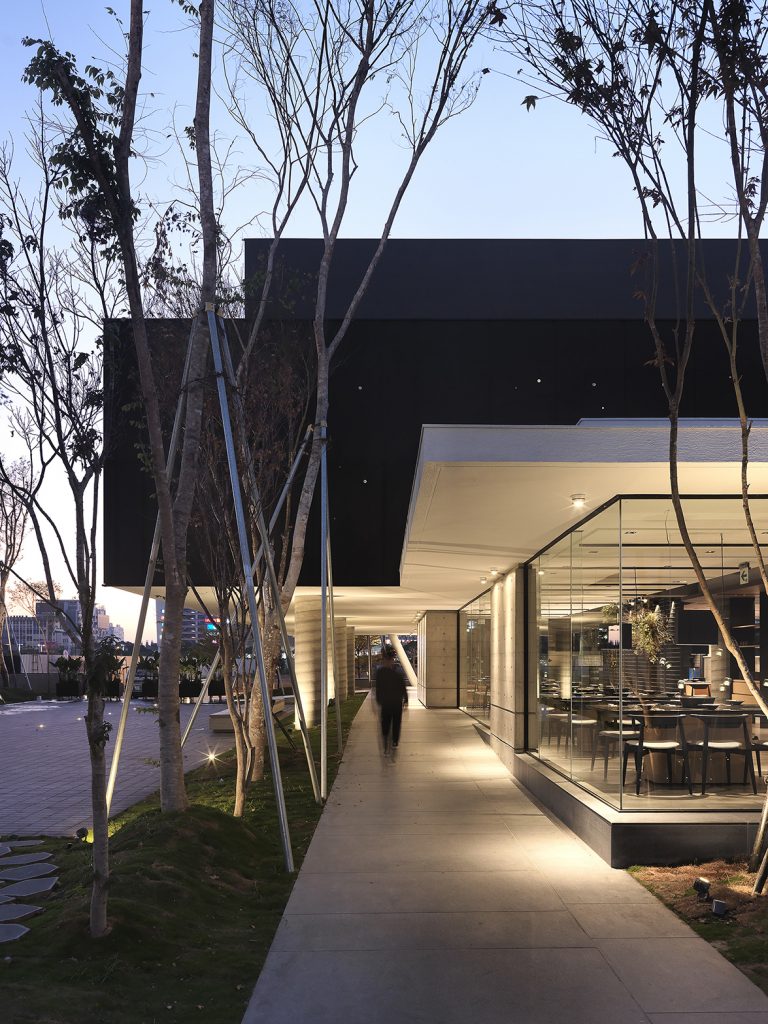