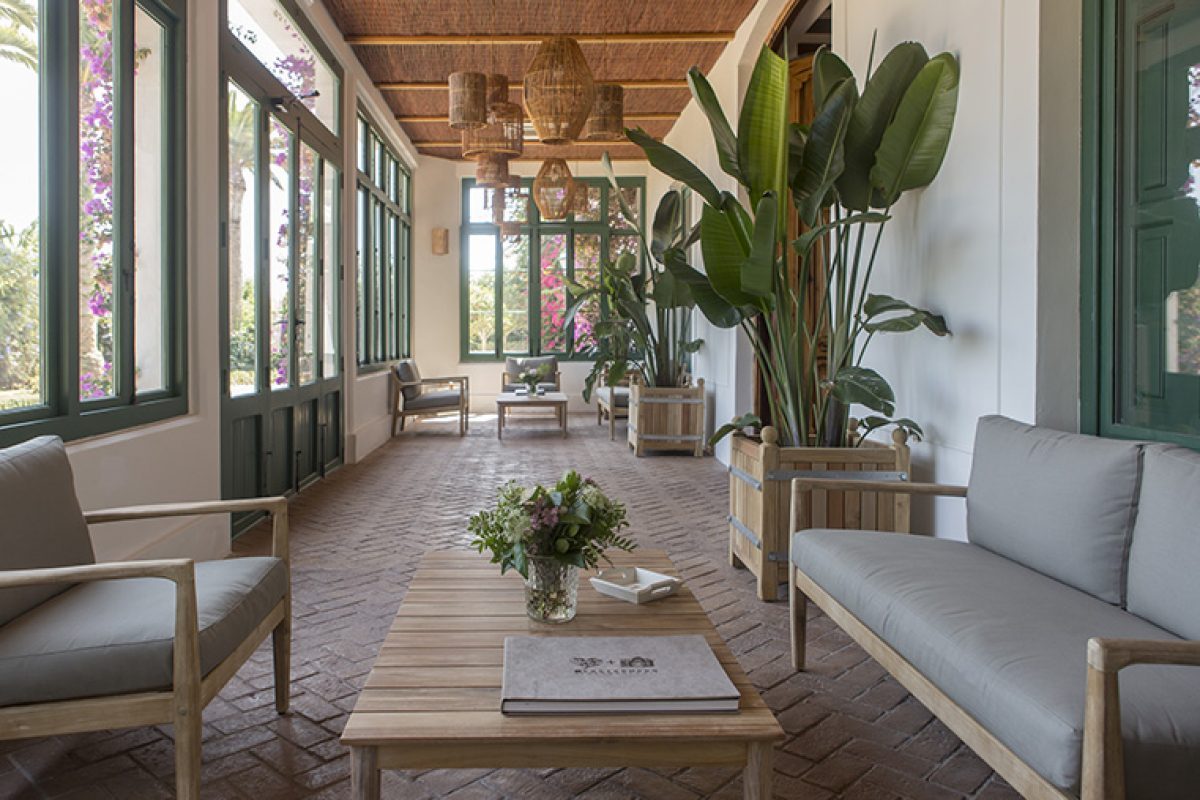 Renewing certain spaces of one of the most emblematic country state in Valencia while maintaining its essence and tradition. This has been the final challenge of the study of integral projects Jiménez de Nalda, which was proposed, and has successfully managed to take advantage of the spaces of the Masía Campo Aníbal, taking full advantage of its original elements and spaces.

The management of Campo Aníbal, led by Eduardo Casanova, was clear: it was necessary to renovate the ground floor of the original house, as well as the use of others that had been disused over the years. For this they entrusted 100% to Jiménez De Nalda's team, based in the heart of Valencia, with whom they have worked hand in hand to make these remarkable improvements a reality.

The original building of Campo Aníbal, which gives its name to the country house of the town of El Puig de Santa María, needed a renovation that was based on the use of the spaces. Thanks to the help of Jiménez De Nalda, it has become a new space for customer service, converting its main hall into a special office for reception and dealing with the public. After the renovation, the new administration and management offices of the renowned event-specialized farmhouse are located in an adjoining room. 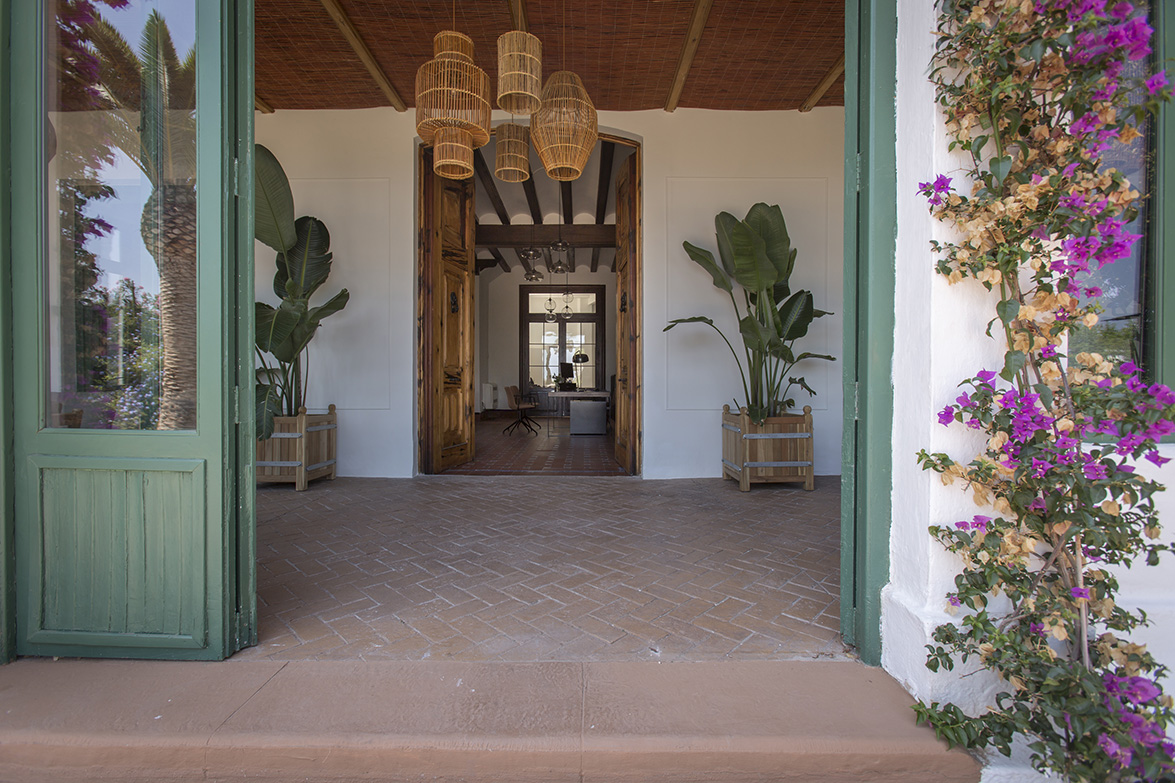 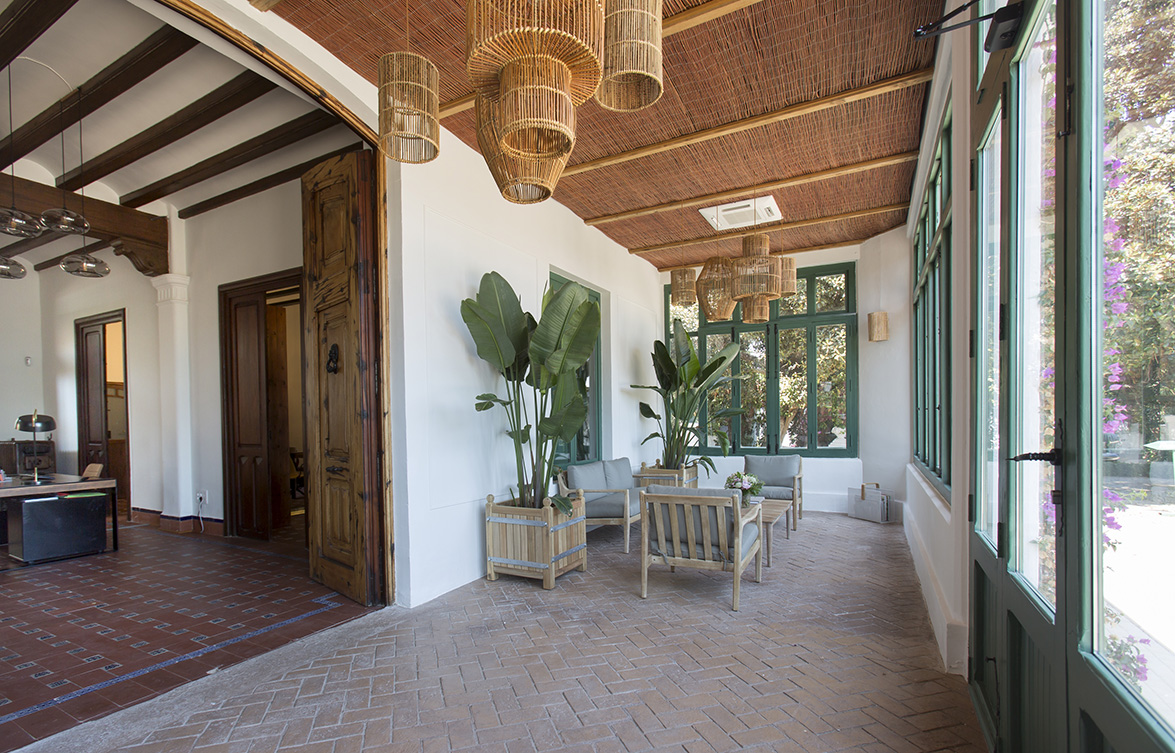 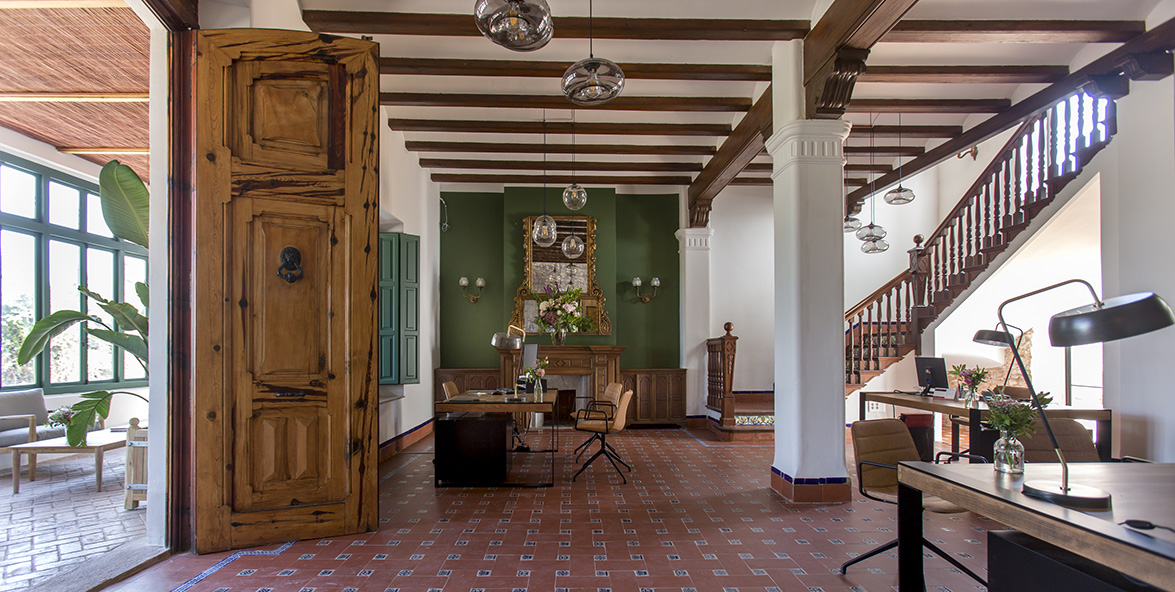 The greenhouse is one of the original space of Campo Aníbal. It has been rescued to give personality and life to the new offices. It is a glazed area whose roofs have been covered with natural cane, has been conditioned acoustically and thermally, and has been decorated with vegetation and pots brought from Paris, and natural wood furniture, all following the proposed botanical inspiration by the creative team of Jiménez De Nalda. This greenhouse becomes the best letter of presentation of Campo Aníbal thanks to its new use with two lounge areas for the attention to the couple who wish to celebrate their most special day in one of the most prominent places in the sector in Valencia. 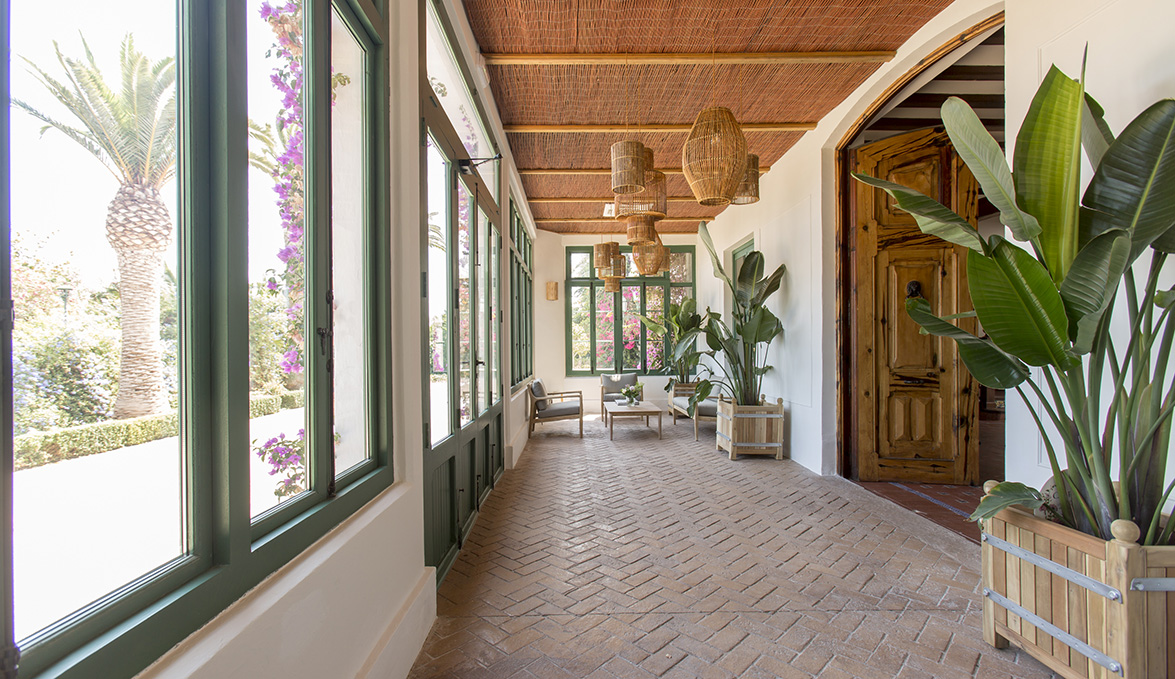 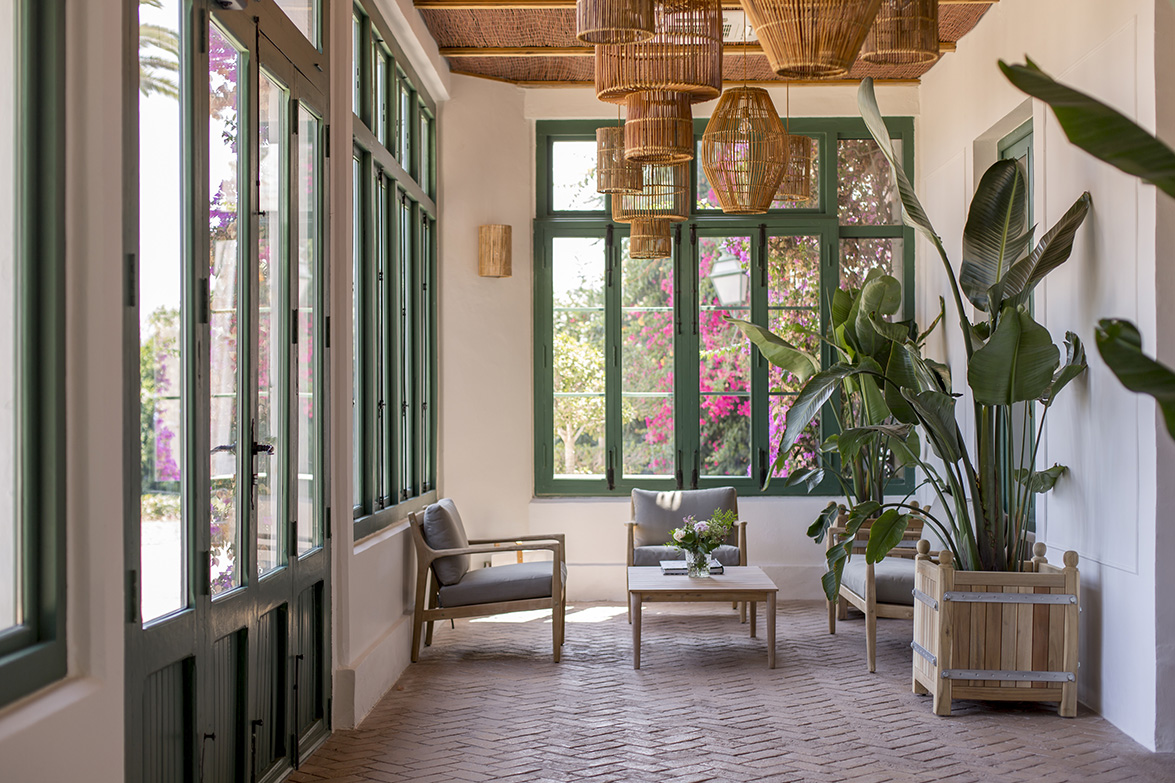 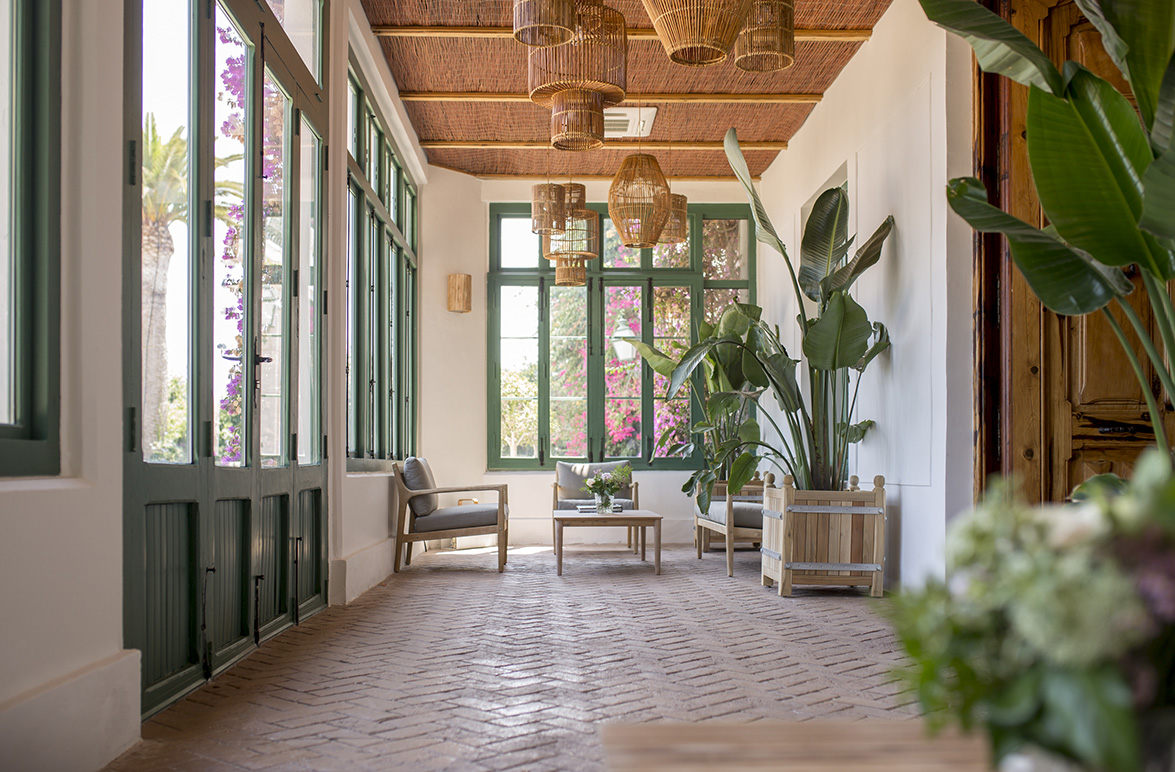 Another of the elements exquisitely used by the team, led by Pilu Lleó, creative director of Jiménez De Nalda, has been reusing one of the frames of more traditional paintings of the house and that has been recovered for this project turning it into a spectacular mirror that presides over the fireplace in the main room. 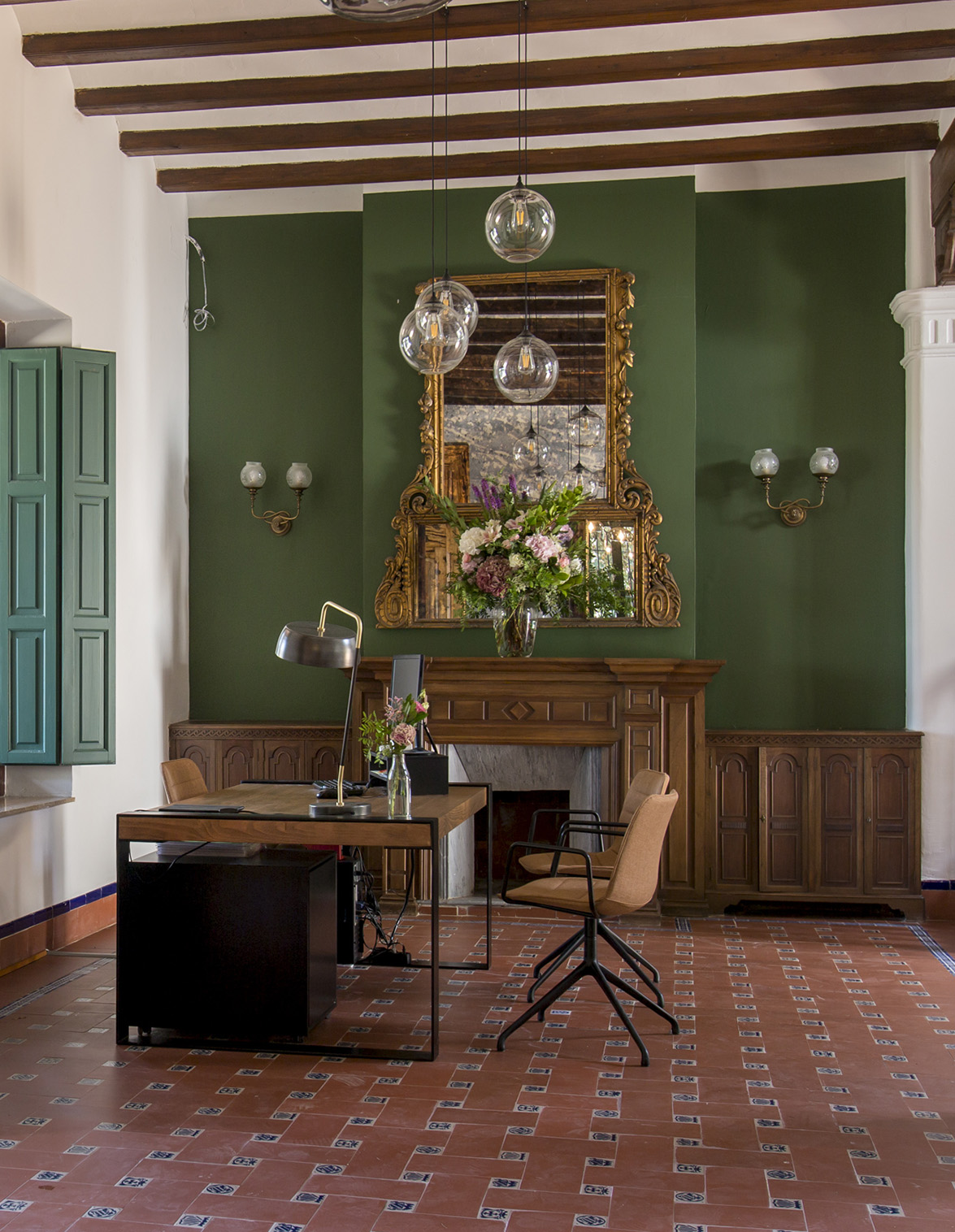 Jiménez De Nalda has gone further in his contribution to the project of interior design and supervision of the work. Highlights among all its contributions the design of custom furniture for this project, this is the case of the tables of these new offices. With a special mime and good taste have been selected also the fixtures of the fireplace, French eighteenth century, obtained by an antiquary from Tapinería Market of Valencia.

Other notable elements of this renovation are the lamps and sconces of the greenhouse, of the Danish firm Tinek Home. All the project has ended in a brilliant work in which both, the client and this creative studio of interior design, and communication, have been very satisfied with the result, which meets the expectations and the declaration of intentions manifested at the beginning of the project. 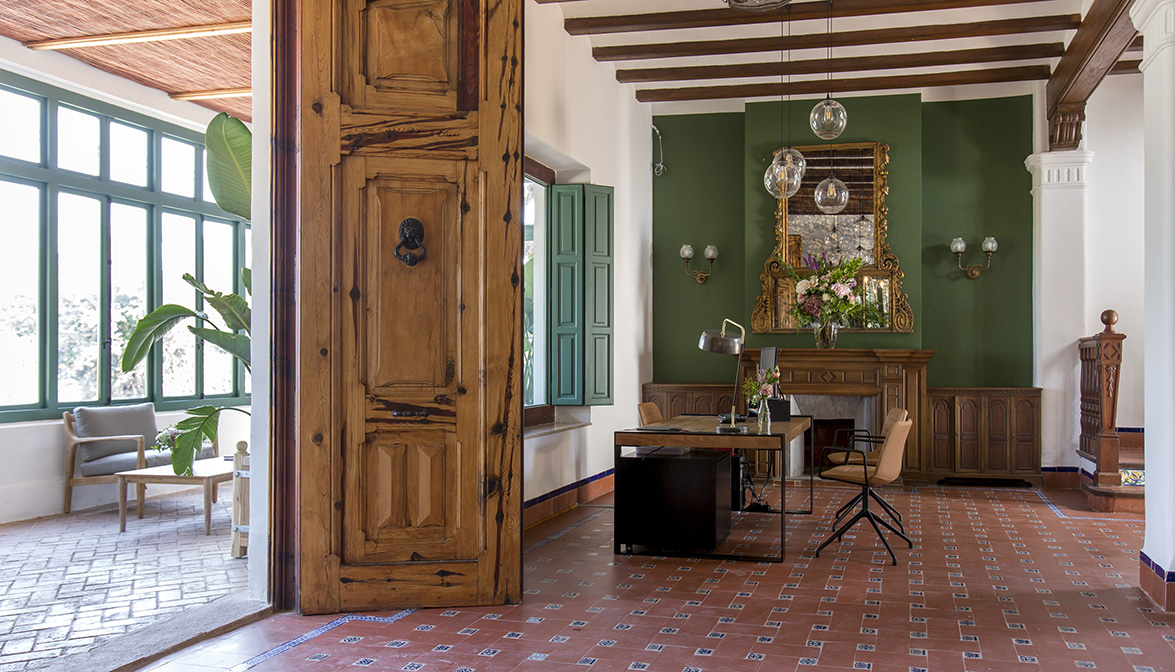 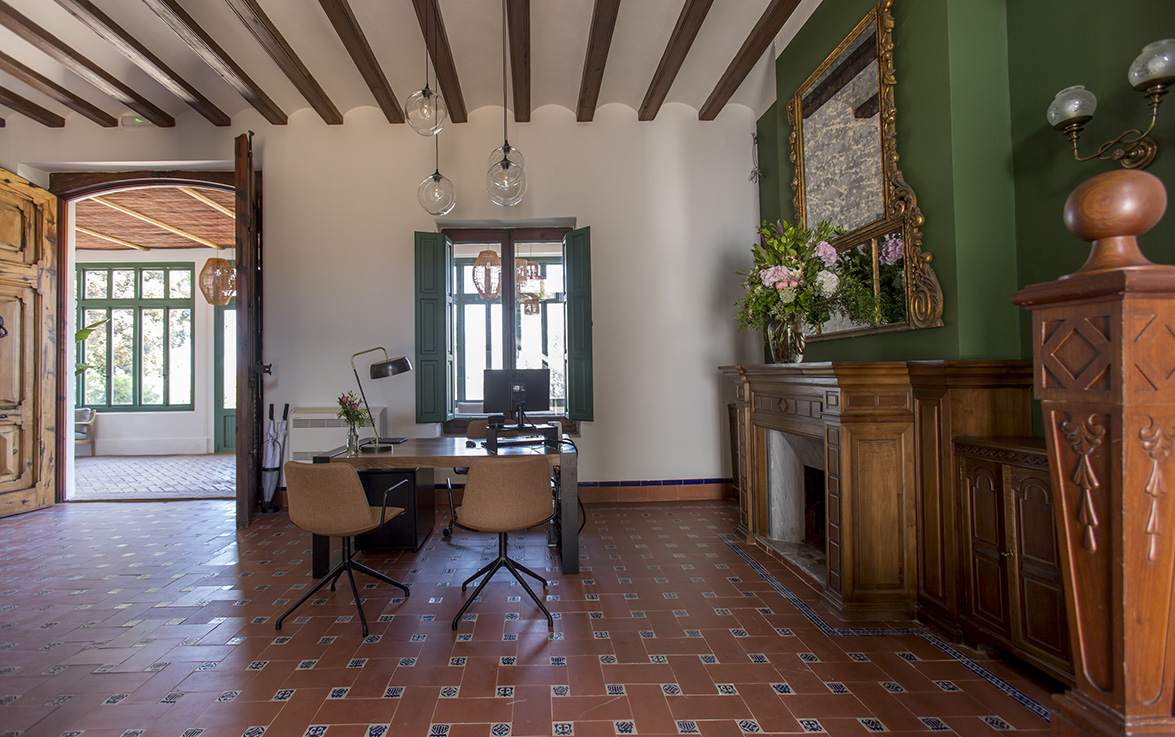 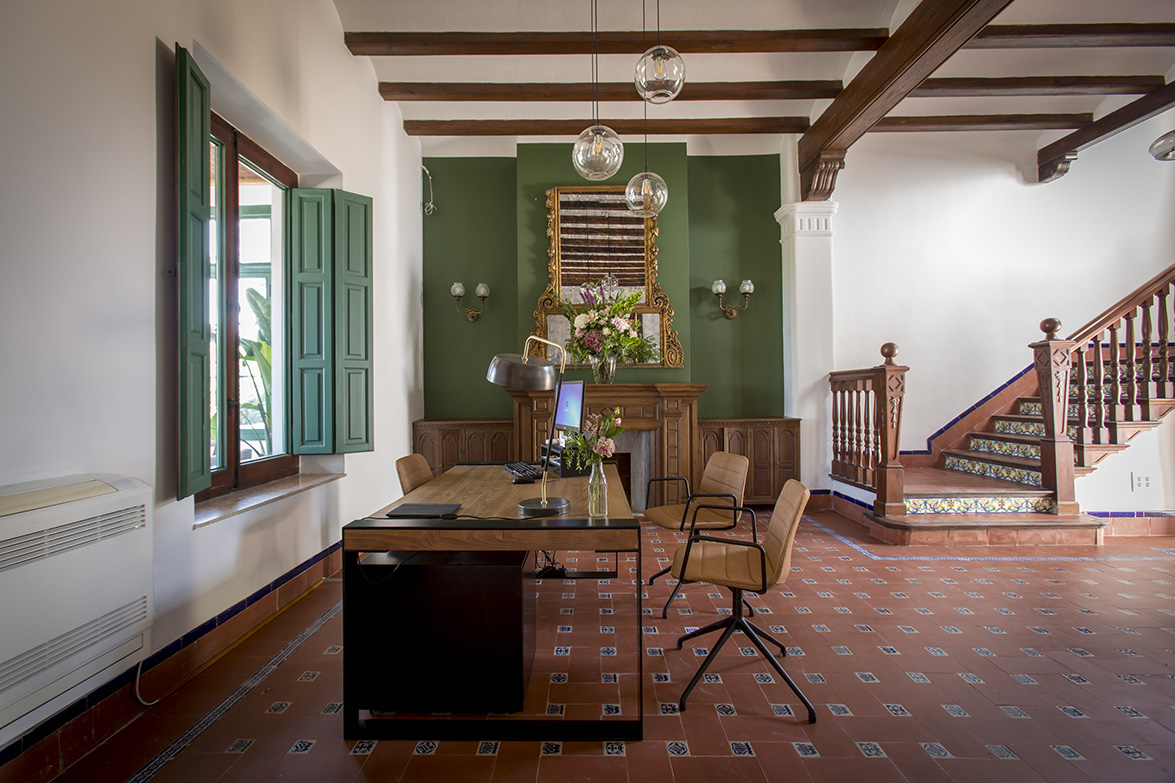 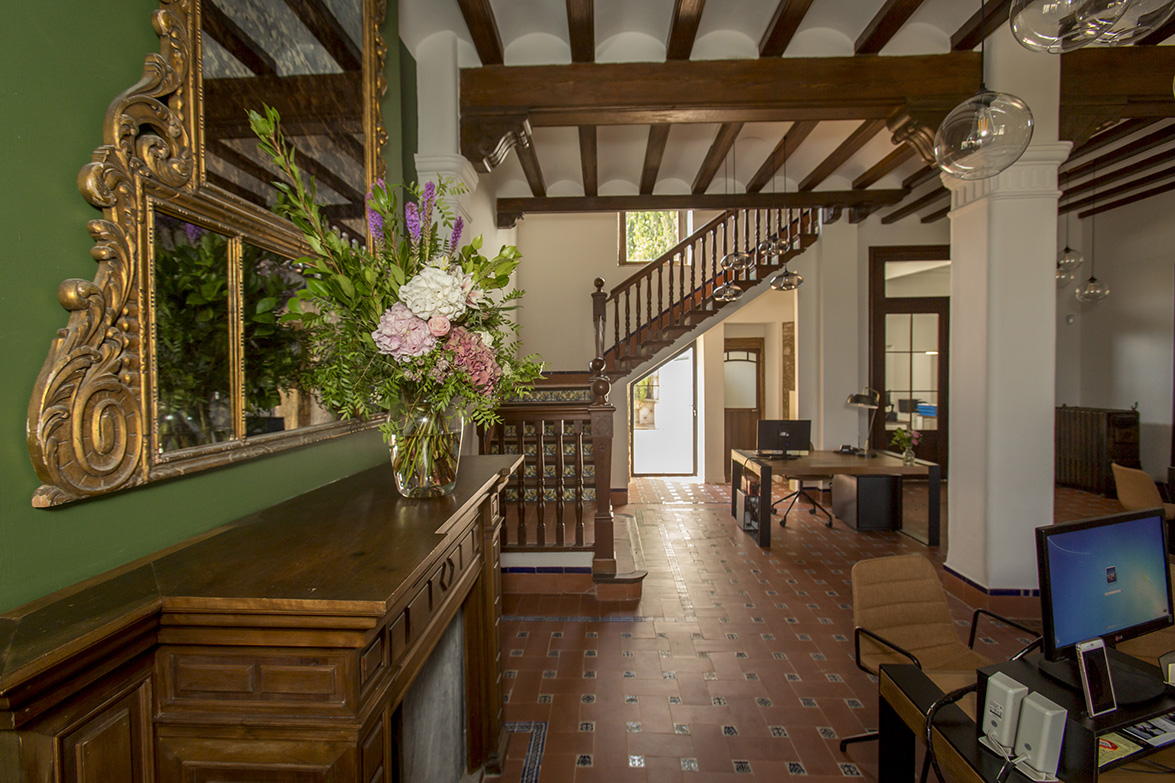 The creative studio Jiménez De Nalda is characterized by its different global works that integrate a full work with the brand, offering interior design projects, branding and launch of communication campaigns, so that everything done with each one of their customers transmit brand image. All this is done with an exquisite taste and image, as endorsed by all the projects carried out since its creation in 2010.

Pilu Lleó is the creative person in charge of this study, formed by a consolidated team specialized in marketing and design, which carries out projects at a national and international level for companies such as Skyline Design, Joenfa, the chain of Dry Cleaning Urban Clean, Dental Clinics Buba, Tajoma, or Masía Campo Aníbal itself, which in addition to this project, trusts Jiménez de Nalda for all the bridal stationery, elaborated in an artisanal way and with high quality papers from JDN Paper, his exclusive stationery firm. 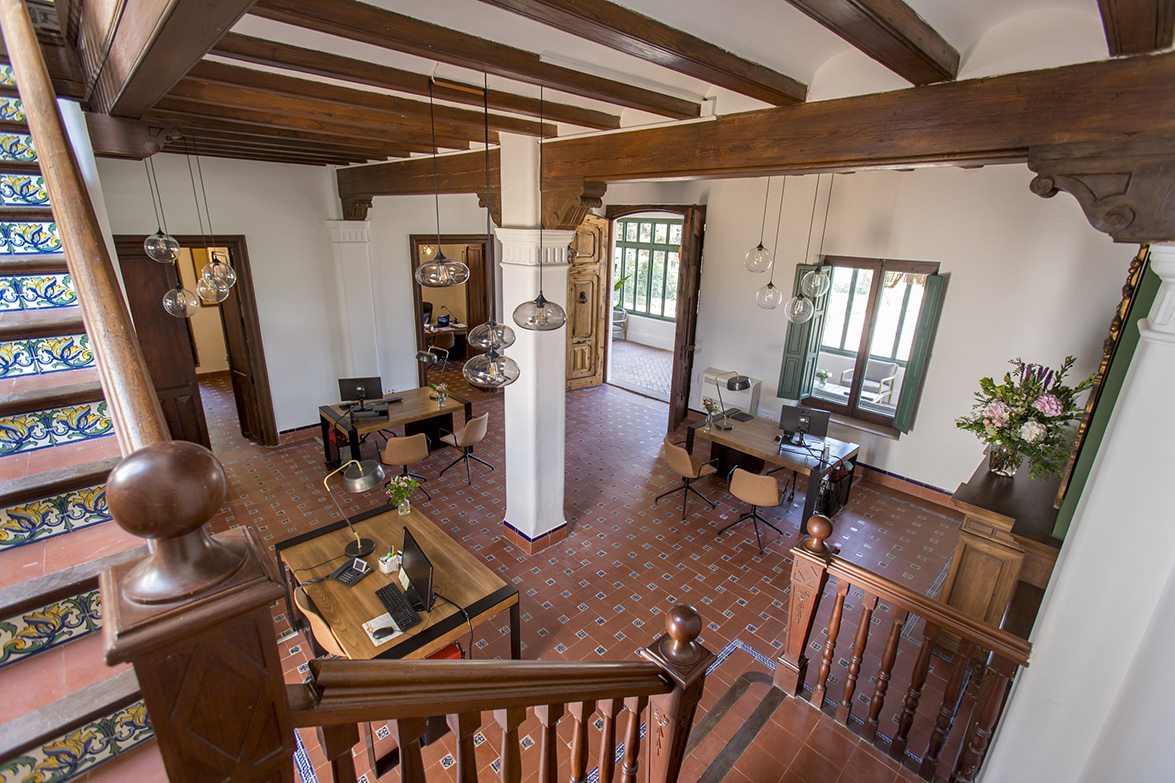 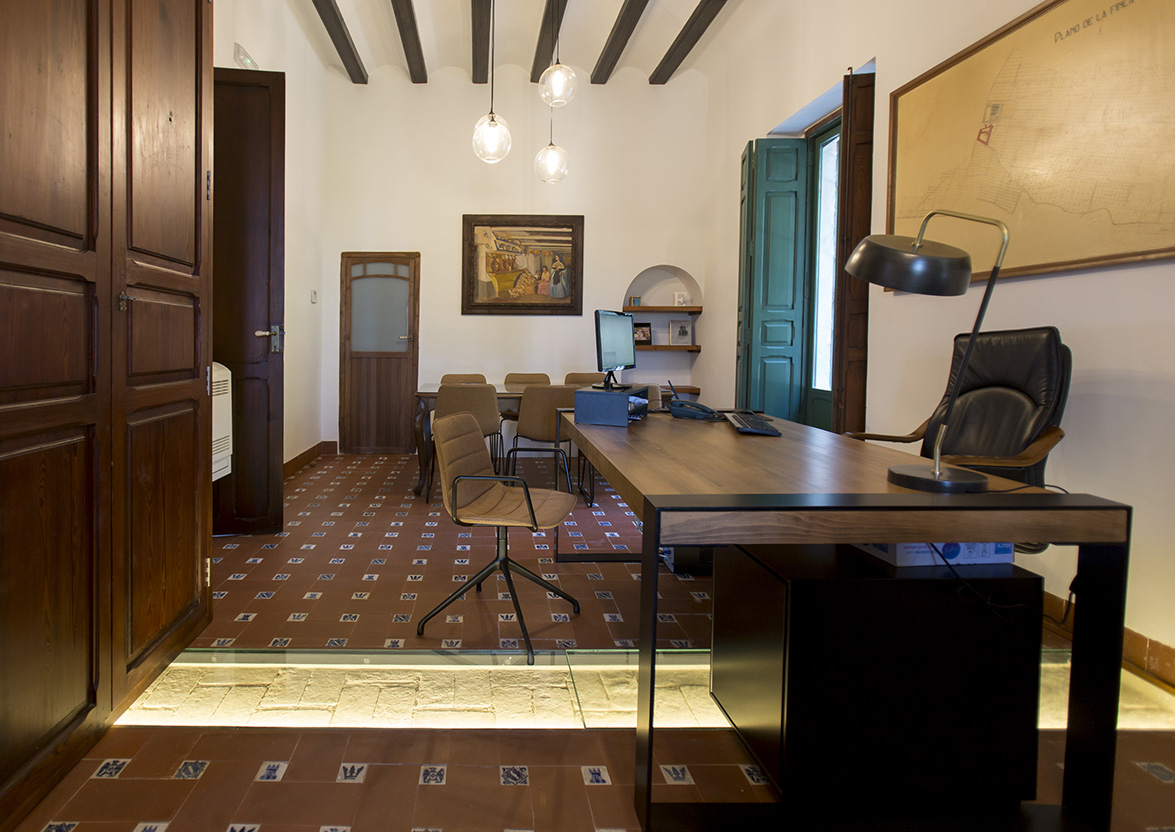 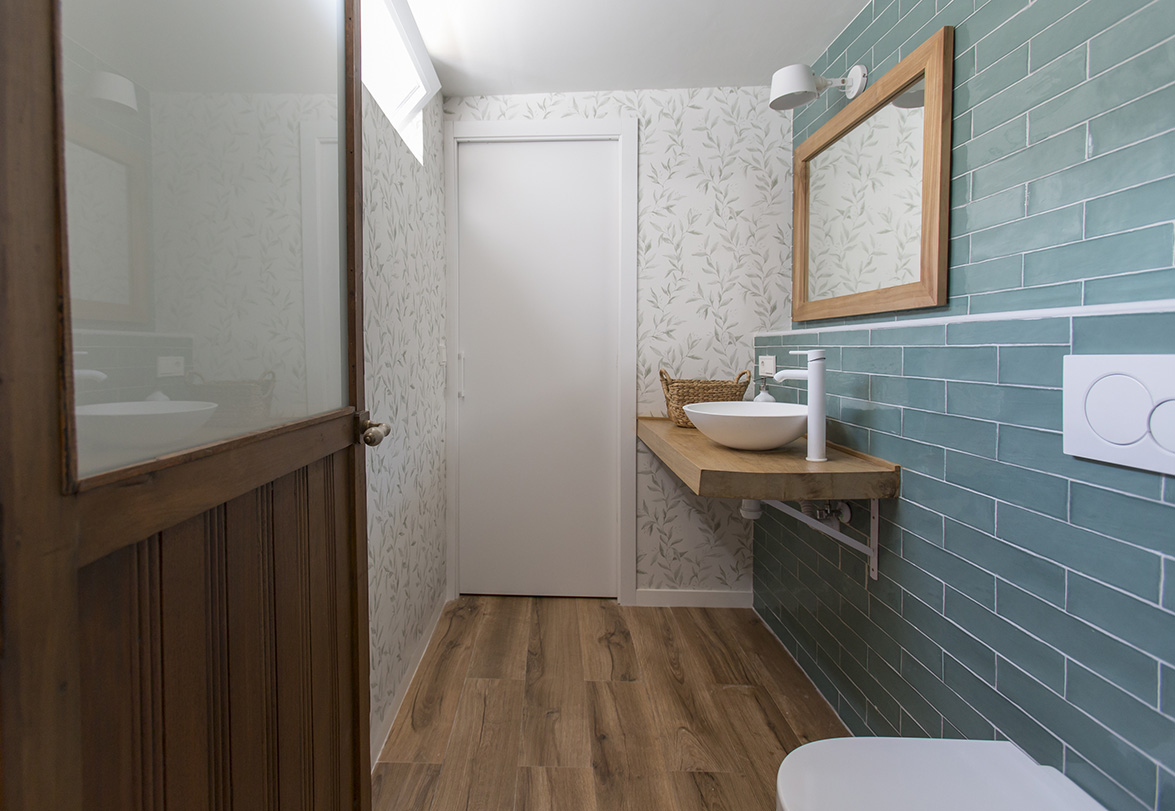 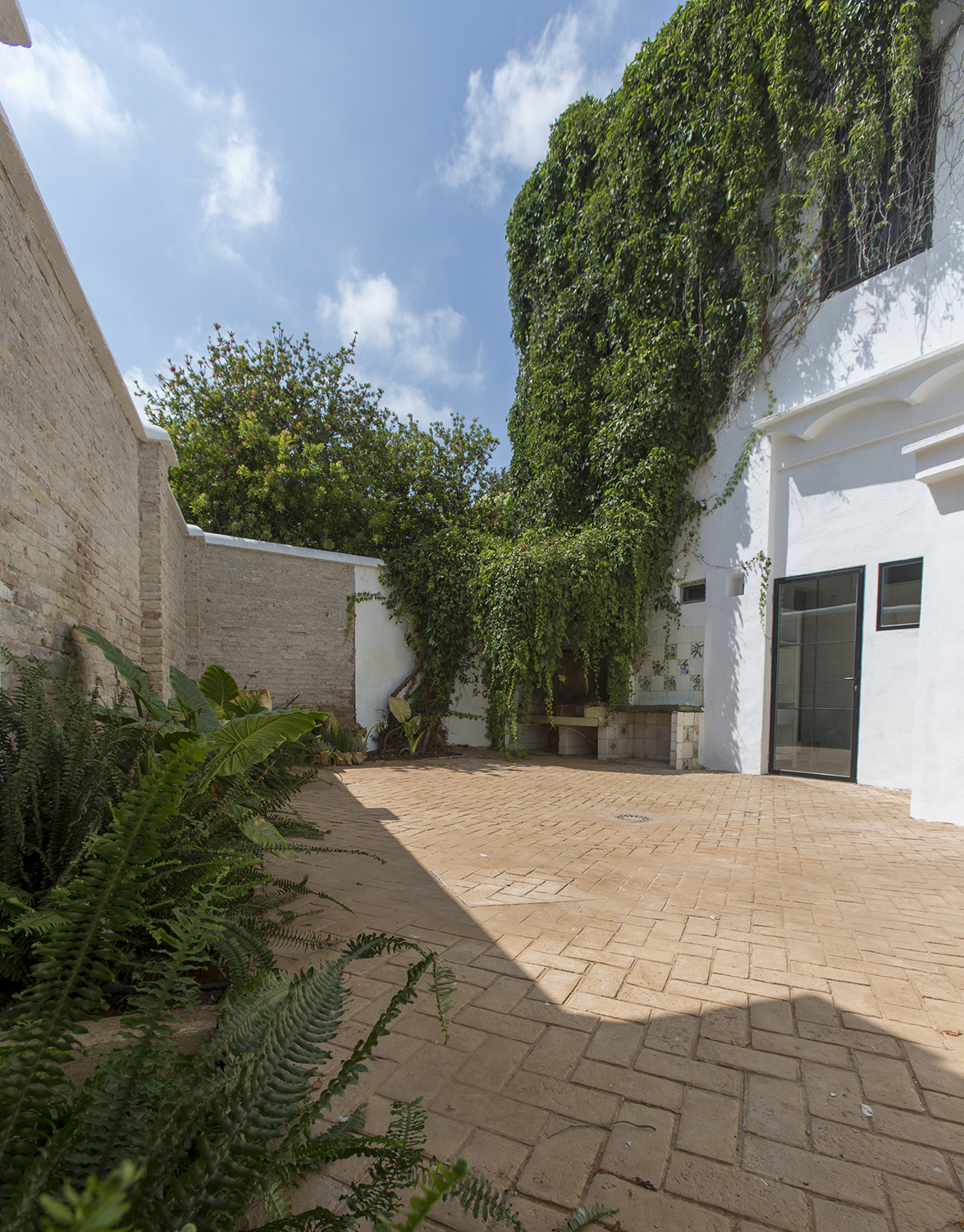