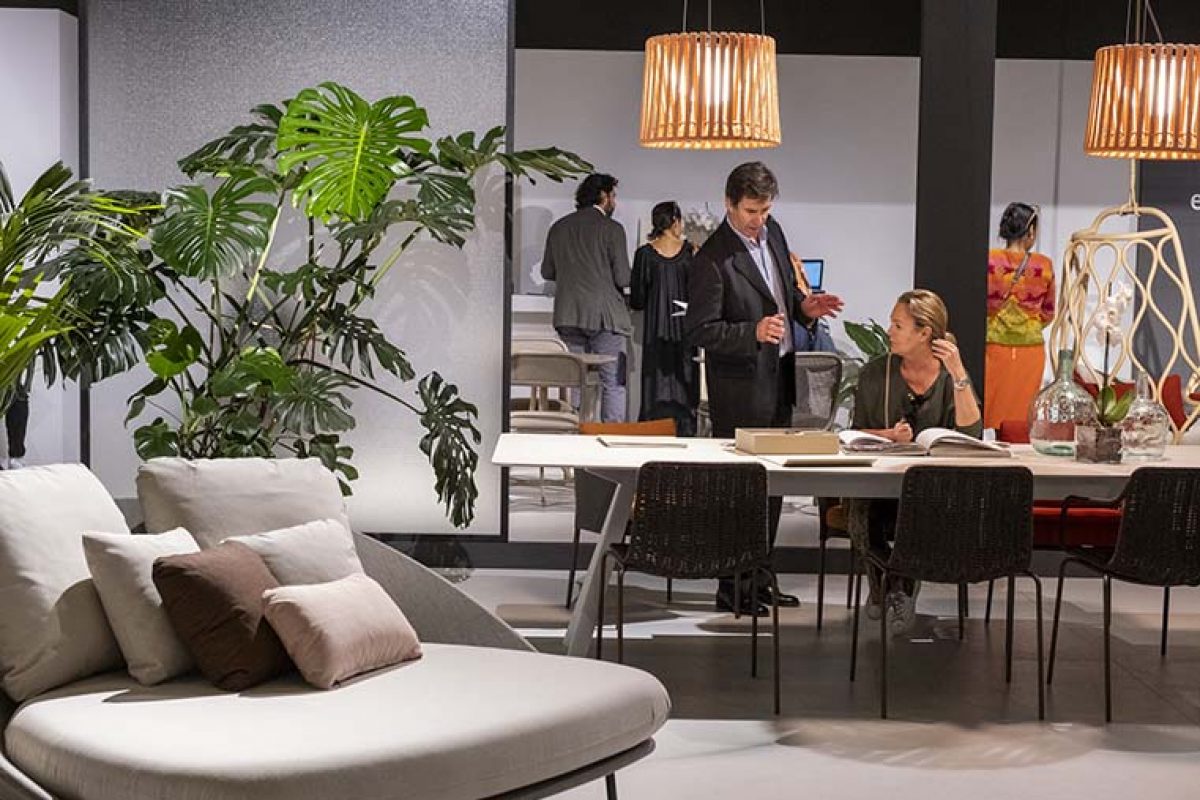 The fair has grown by more than 30% every year for the past three years and has stated that its objective is to consolidate its leading position by increasing its offering, the number of foreign visitors who attend and the involvement of the contract sector

The countdown to the next Feria Hábitat Valencia has begun. The next edition of the foremost trade fair for ‘made in Spain’ interiors and the country's main platform for Spain's industry to target international markets is slated to run from 22nd to 25th September next year at Feria Valencia. With these dates Habitat is consolidating its September slot and its position as the leading fair for the industry taking place in the second half of the year, a formula for success that has delivered over 30% growth in every aspect of the event each year since 2017.

The dates for Hábitat 2020 have been chosen strategically: the fourth week of September exploits the opportunities the global trade fair calendar offers and the window it opens up for new exhibitors, buyers and specifiers to attend from markets such as the European Union and Asia.

In fact, according to Daniel Marco, the fair's director, “the objective we have set ourselves for the next edition is to consolidate Hábitat's leadership as the main business platform for ‘made in Spain’ interiors vis-à-vis both the domestic and the international markets.” To do this, he explains, “the way forward for us is to expand our showcase - which is currently a unique event in Spain - and promote the value it delivers through the presence of prestigious companies and brands that are industry benchmarks, such as the Italian manufacturers, which we fully expect will exhibit in greater numbers.”

Marco also anticipates that Hábitat 2020 will see the haute décor section represented differently, focusing more on exclusivity and luxury and including exhibitors that offer high end decorative and gift products.

The contract sector and international markets

Hábitat 2020 is also poised to be even more international and to turn a special spotlight on the world of contracts and project specifying. “We need to evolve towards being a fair that delivers high levels of added value. What our customers are asking for, on the one hand, is an offering that ranges across all levels of the business and includes a significant presence of the contract and project specifying business,” explains director Daniel Marco.

Another objective is to substantially increase the fair's international profile. “This is one of our identifying features,” Marco adds, “Exhibitors come to Hábitat because it offers them the possibility to grow their portfolio of international customers, whilst exposing them to new export markets. We need to go further down that route and make more inroads in areas such as the European Union, Sub-Saharan Africa (the Maghreb) and even Asia, which are very attractive markets for our manufacturers.”.

Final figures for the latest edition

The number of foreign buyers attending this last edition of the fair was 30% up on the previous year, with the most marked increase seen in the numbers of buyers from Portugal (+52%), France (+31%), Italy (+97%), Belgium (+94%) and the United States (+25%). International visitors accounted for 15% of the 32,796 professionals who visited this most recent Hábitat, a 25% rise on the previous year.

As to visitors from Spain, the final figures compiled by the event organisers show a distinct increase in the number of buyers hailing from the north of Spain - especially from regions such as Navarra, Cantabria, Euskadi and La Rioja - as well as a rise of more than 25% in the number of visitors from Catalonia, Madrid and Aragón. This latest edition of Hábitat showcased offerings from 503 exhibitors in all, both companies and brands, across a total area of 65,000 square metres.

Alongside Home Textiles Premium by Textilhogar

Another new feature of next year's show is that it will be running concurrently with Home Textiles Premium by Textilhogar, the textile trade fair that is returning to Feria Valencia after five editions in Madrid. Habitat visitors will thus also be able to see the full offering from the leading brands in home textiles, upholstery and décor.