ÁGORA-BOGOTÁ, the new jewel designed by Herreros and Bermúdez architecture studios, inaugurated as one of the most advanced event centers in Latin America 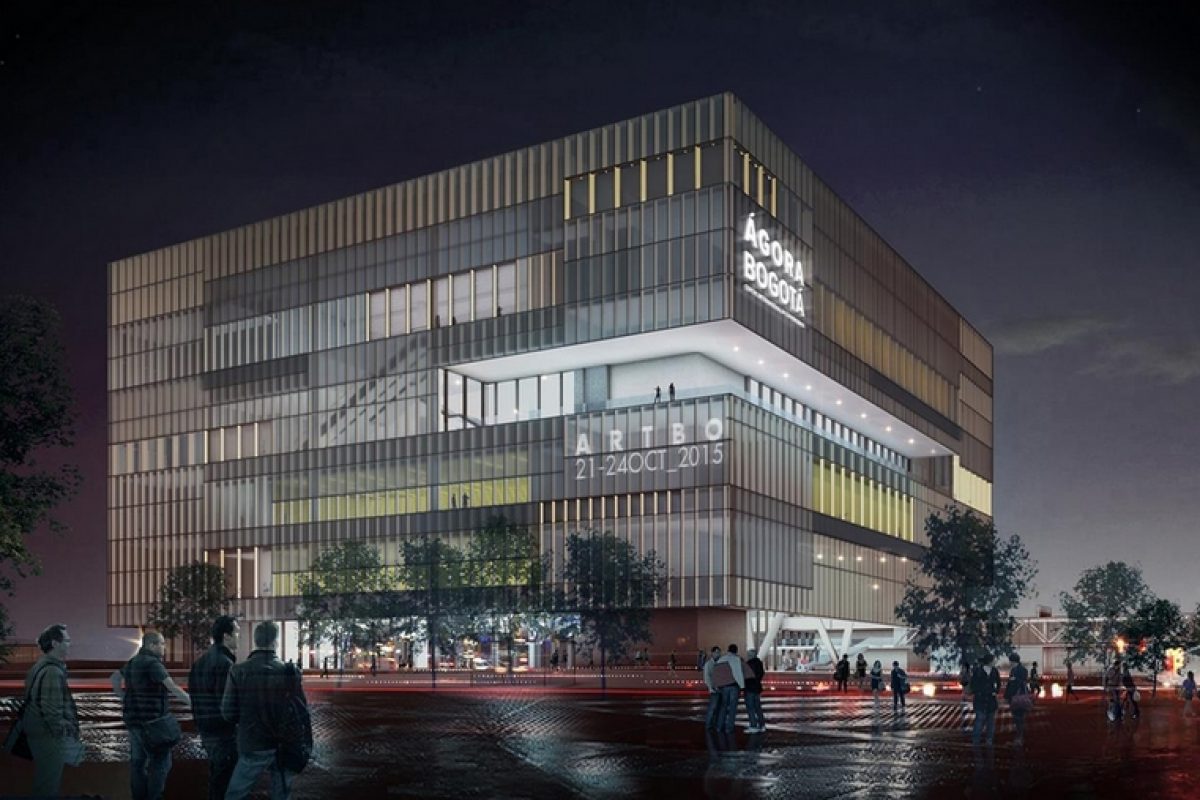 ÁGORA-BOGOTÁ, the new jewel designed by Herreros and Bermúdez architecture studios, inaugurated as one of the most advanced event centers in Latin America

On January 18th, the Colombian event center ÁGORA-BOGOTÁ was inaugurated. The building is presented as an exponent of the new Colombia. The center arises from an important international competition that in 2011 summoned a hundred of the most important architectural firms in the world, such as BIG, Zaha Hadid or Snøhetta. The union of the studies directed by the Spanish architect Juan Herreros and the Colombian Daniel Bermúdez was the chosen one after a hard-fought process. His proposal ÁGORA-BOGOTÁ combined uniqueness and iconic image with contemporary rationality and pragmatism, while proposing a revision of the traditional type of convention center for its logistics contents and technologies involved.

The building is part of the trajectory of major international projects signed by Estudio Herreros and its recognized slogan “architecture for dialogue“, which defends teamwork. In this case, together with his Bogota colleague Daniel Bermúdez and a large team of consultants from several countries. Before finalizing its construction, the project was already part of the Venice Biennial and other architectural exhibitions in Rio de Janeiro, Mexico City and Madrid, and appeared on several occasions in specialized magazines, acclaimed by international critics as a proposal to the vanguard of its kind. 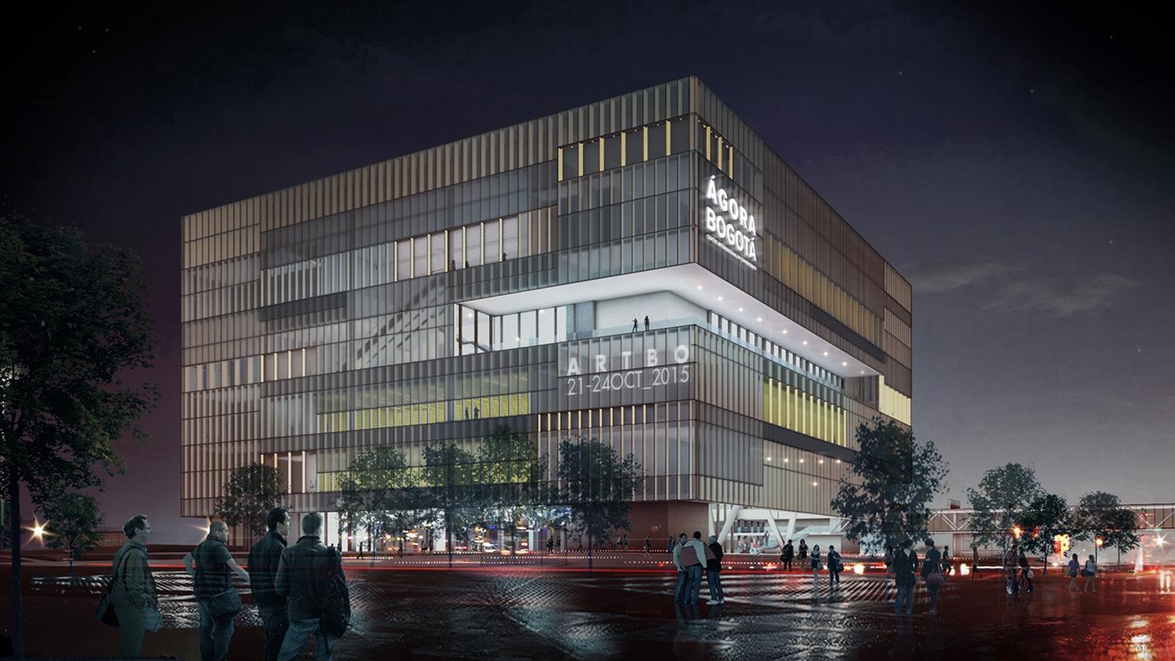 Its structure is stacked vertically in search of the necessary compactness to release generous public spaces around it. Illuminated and naturally ventilated through an active, breathable and acoustically sealed enclosure, the building is endowed with great flexibility supported by outstanding technical and structural quality. The sober materials -continuous stone pavements, industrial golden mesh ceilings and glass walls and recycled cement chip panel- leave all the protagonism to the space that is given to the users, its true protagonists, and which is organized around four large vertical nuclei of circulations, services and technical areas that, from the corners, attend and make possible the most varied programs. The fairground of 64,883m2, provides the city with a public space of 12,000m2, has a natural ventilation system that adapts to the climate of the city, mobile rooms that can accommodate events of up to 4,000 people and a modern and technological architecture that make it an international benchmark for design, innovation, sustainability and functionality. 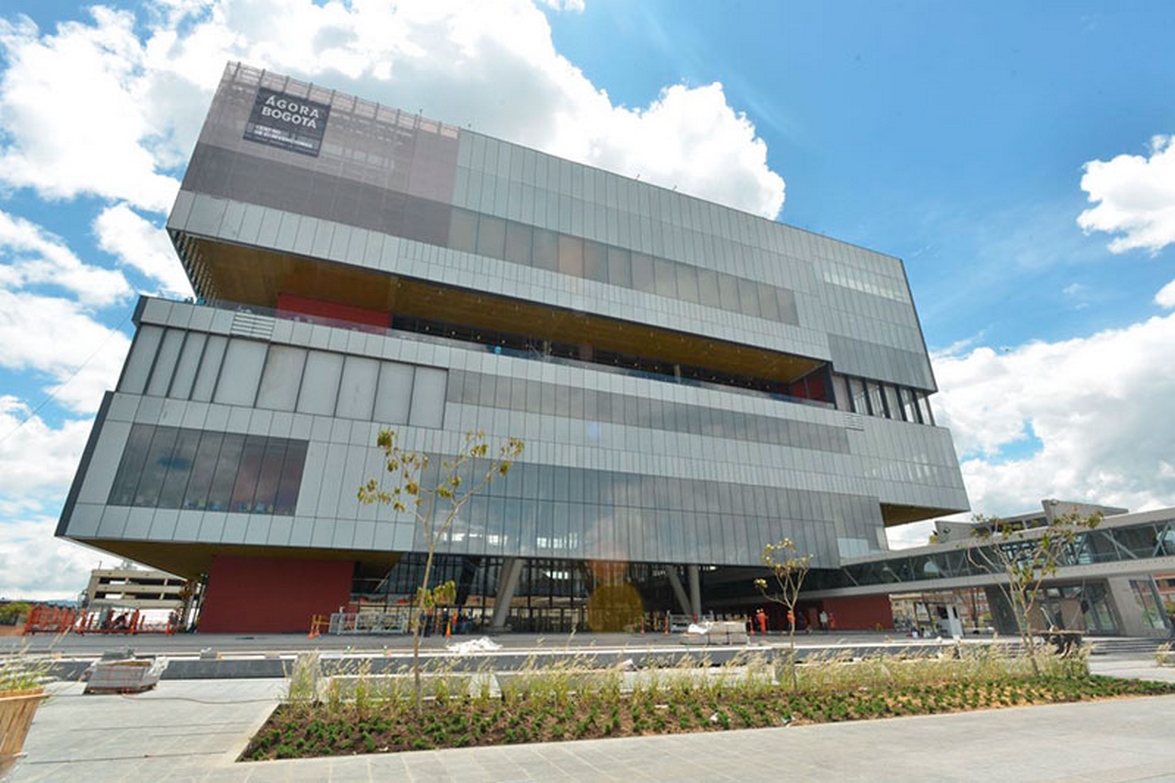 ÁGORA-BOGOTÁ is strategically located in the geographical heart of the city, halfway between the historic center and the airport. In view of the result, it is understood that the efforts of the team have focused on meeting collective aspirations on the one hand and specialized demands on the other. Among the first is the need to offer an iconic and recognizable image capable of representing the longings of a plural and open society and to summon an environmental sensibility and a technological ambition that inscribes the building in the currents of the world architecture of the present. The second focuses on practical aspects such as an easily understandable circulation system; an invisible but efficient distribution of all internal services; and a flexibility that accepts the programming of very diverse formats, from a concert to a fair of samples, from a congress to a film festival or from a large banquet to a chess championship.

Juan Herreros says how much the scale of the convention center and the richness of its interior routes allows it to be conceived as an encapsulated fragment of a city. In this concept, the great hall functions as a main plaza surrounded by a crown of meeting places forming a footprint on a floor whose dimensions coincide intentionally with those of the blocks of the city's founding center. 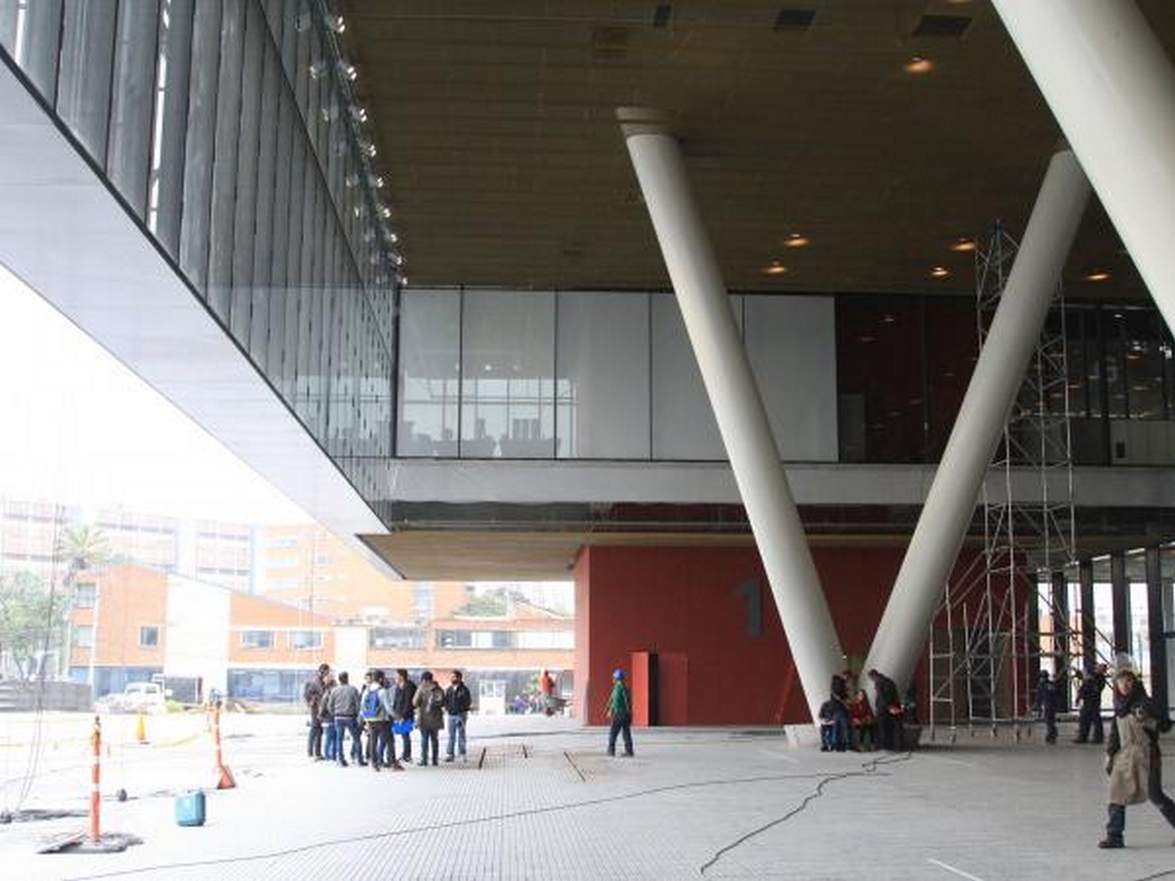 Regarding its construction and technologies used, Jens Richter, German partner of Estudio Herreros, highlights the effort to achieve a holistic confluence between structural schemes, facilities and construction systems resulting from the coordination of a large group of Colombian, Spanish consultants and Americans. But there is more, ÁGORA-BOGOTÁ will be a case of study regarding the use of clean and passive air conditioning technologies that in this case banishes all air conditioning machines and their associated energy costs to propose a natural ventilation system that takes advantage of Bogota's climate , of which Daniel Bermúdez is a great connoisseur, creating a happy symbiosis of the building with the ecosystem it inhabits. This was recognized by the prestigious sustainable architecture awards Holcim-2014 for its commitment to the fight against climate change.

The facade is the key piece of the whole. Constructed on the basis of large frames that incorporate the structure, the glasses of different types, the darkening systems and the electronically regulated gills that take the outside air, behaves like a sensitive skin with variable response that reacts to changing conditions in temperature, sunlight and humidity of the Bogota climate. The integration of the building in its environment places the expression of its environmental commitment on the sensitive behavior of the façade, turning the whole into an instrument of awareness to the concerns of the present and contemporary technologies while expressing the desire of an entire society for innovate to advance and enter confidently into a better future. 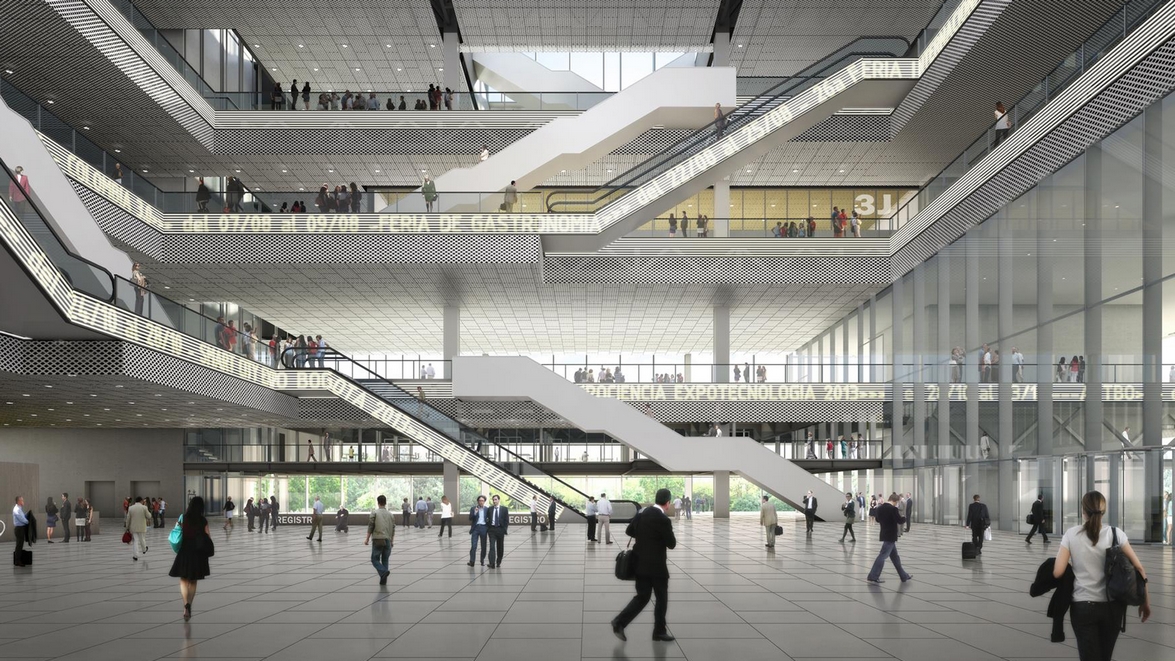 The vertical convention center of 64,883 m2 can accommodate up to 4,000 people in its largest room, located on the top floor. In addition, it has 10 rooms that can be converted into 18 by its mobile walls, with capacity for between 80 and 2,000 people. All of them have lighting and natural ventilation, complemented by large flexible halls to develop any type of assembly.

The center incorporates two parking facilities with capacity for 1,055 vehicles, 600 bicycles and 12 positions for trucks at the loading dock. It has 19 elevators and 12 escalators. The main kitchen can serve 2,500 simultaneous services, which distributes the food to three satellite kitchens in the following floors.

For the construction of Ágora Bogotá, the Chamber of Commerce of Bogotá made an investment of $290,000 million, its subsidiary Corferias provided the land equivalent to $64,000 million, and the National Government, through Fontur, made a contribution of $60,000 million for a total of $414,000 million. The operation will be in charge of Corferias.

Since its construction phase, Ágora-Bogotá has been a catalyst for the economy of Bogotá and Cundinamarca, mainly due to the magnitude of the project, its demanding design characteristics and the high demand for materials that the building has generated. The figures surrounding the project give an idea of its size and its impact on the local economy: