"An Eames Celebration" at Vitra Design Museum. 4 exhibitions with the most extensive work of the legendary designer couple 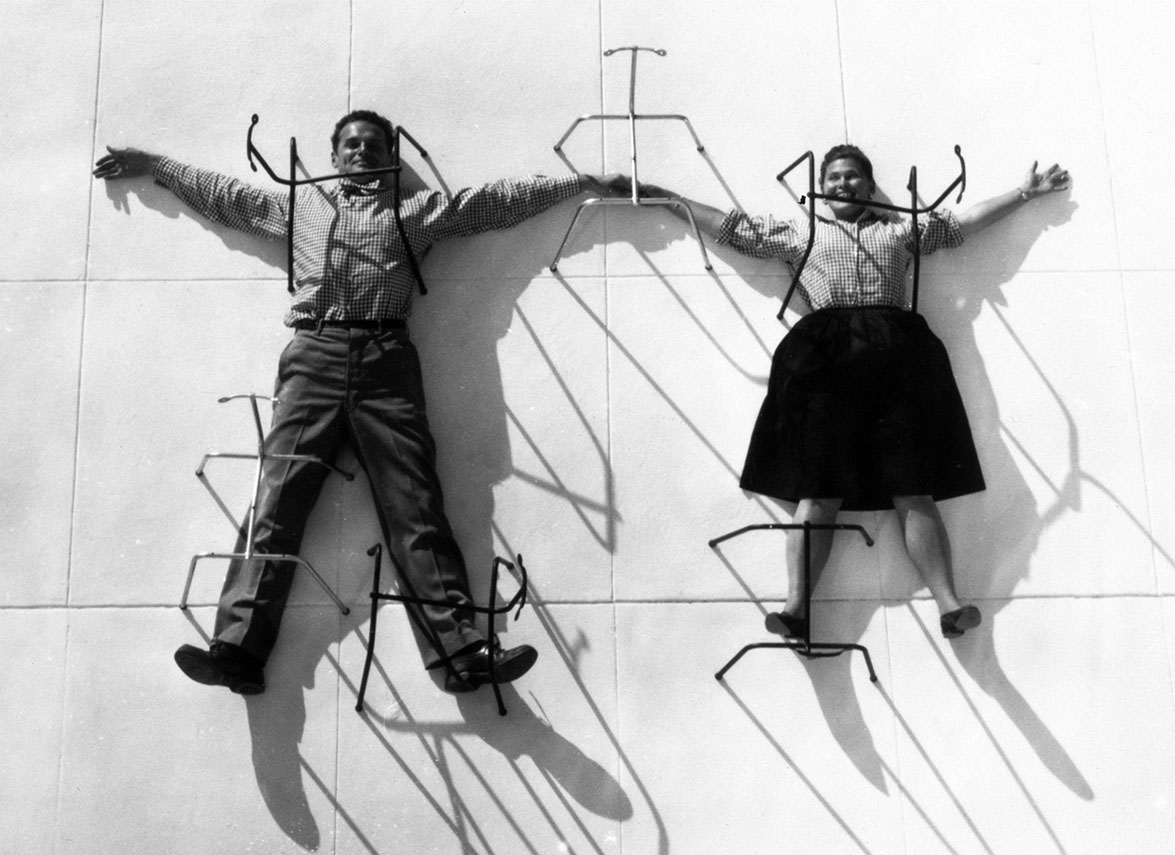 Charles and Ray Eames are counted among the most important designers of the 20th century. With their furniture, films, books, exhibitions and media installations, they have influenced generations of designers and continue to shape our everyday culture. From 30 September 2017 to 25 February 2018, the Vitra Design Museum will present »An Eames Celebration« - four parallel exhibitions that offer an unprecedented view of the work created by the legendary designer couple.


The focal point of the exhibition sequence on the Vitra Campus is the major retrospective »Charles & Ray Eames. The Power of Design«, which will be shown in the main building of the Vitra Design Museum. In the Fire Station, a selection from the Eameses’ cinematic oeuvre of more than 100 films will be presented under the title »Ideas and Information. The Eames Films«. In the Vitra Design Museum Gallery, the exhibition »Play Parade. An Eames Exhibition for Kids« invites visitors to discover and try out the many toys created by the husband-and-wife team. Finally, the Vitra Schaudepot features the exhibition »Kazam! The Furniture Experiments of Charles & Ray Eames«. Just in time for the 110th birthday of Charles Eames, the three-dimensional collection of the Eames Office will also be introduced in its full scope. These objects have been in the holdings of the Vitra Design Museum since 1988 and include the complete inventory of Eames prototypes and experimental models. 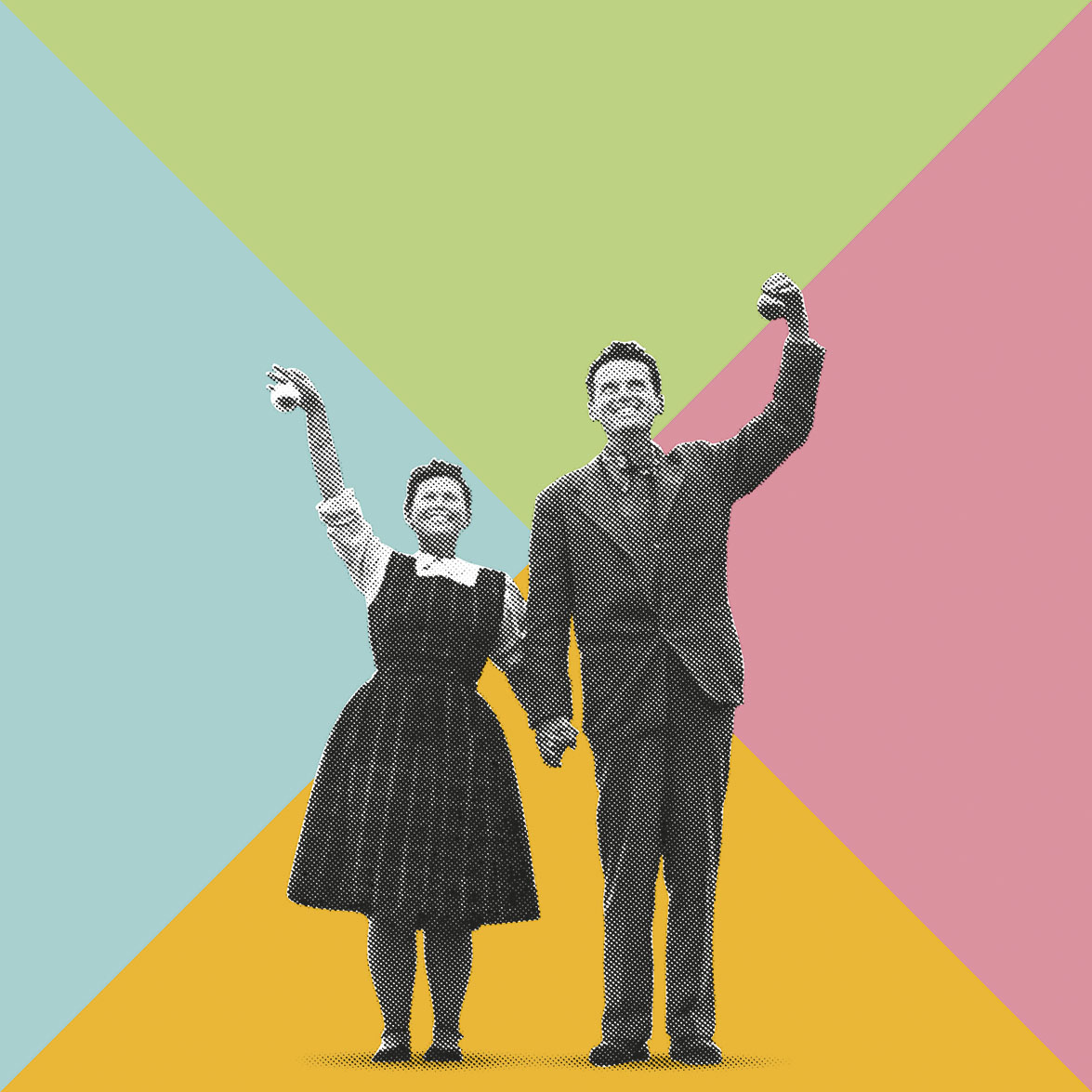 
The exhibition in the main building of the Vitra Design Museum offers a comprehensive overview of the complete oeuvre and shared life of this husband-and-wife team. Featuring a large selection of original works - including films, photographs, furniture, drawings, sculptures, paintings, textiles, graphic design, models and stage props - the retrospective illustrates the congenial synergy between the personalities of Charles and Ray Eames, which formed the foundation of a lifetime of work by what was arguably the most successful design duo in history.


The first section of the exhibition documents the beginnings of the collaboration between Charles and Ray Eames. Trained as an architect, Charles Eames possessed exceptional technical skills, while Ray Eames born Kaiser had developed an infallible sense of colour, composition and form during her studies in painting. The two first met in 1940 at the Cranbrook Academy of Art in Michigan, married one year later and opened the Eames Office at 901 Washington Boulevard in Venice, California, in 1947. At this location, which remained in operation until 1988, the Eameses and their staff developed and produced hundreds of commissioned works as well as their own, often experimental projects - from early products for the US military to films, exhibitions and interiors. Moving effortlessly between disciplines, Charles and Ray Eames worked together with many leading figures of their time, such as Saul Steinberg, Alexander Girard, Billy Wilder, George Nelson, Richard Buckminster Fuller, Eero Saarinen and Isamu Noguchi. 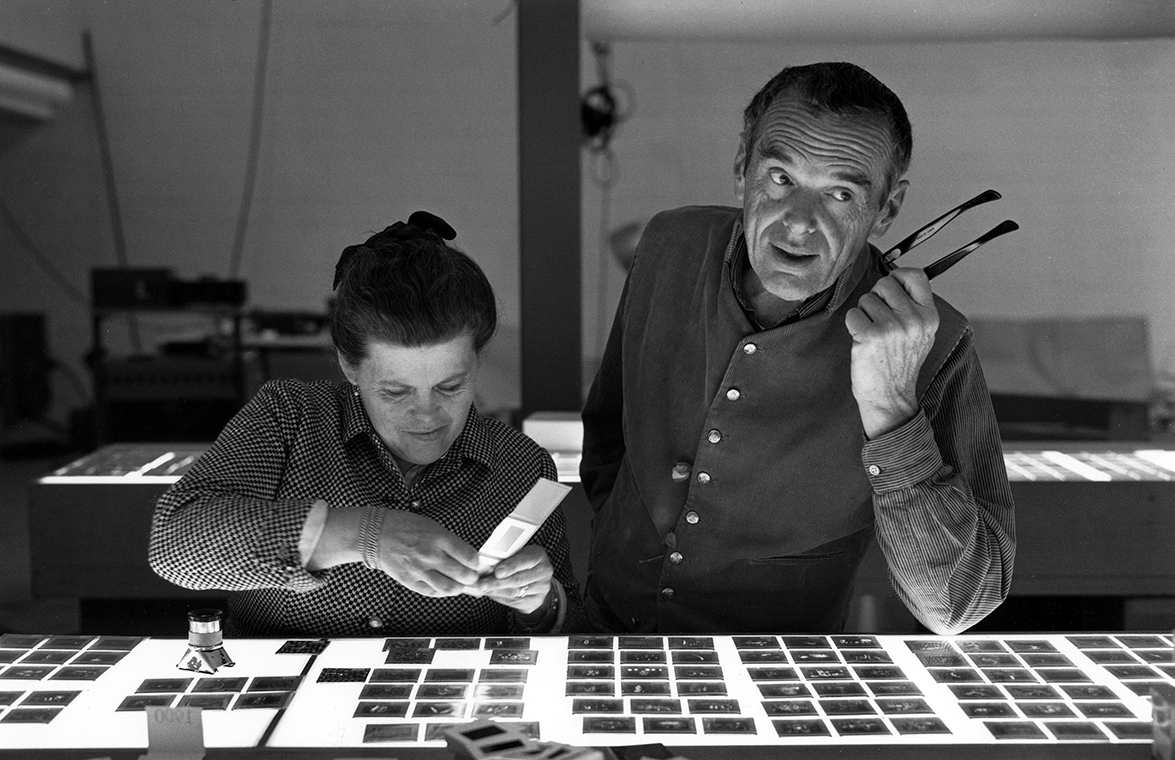 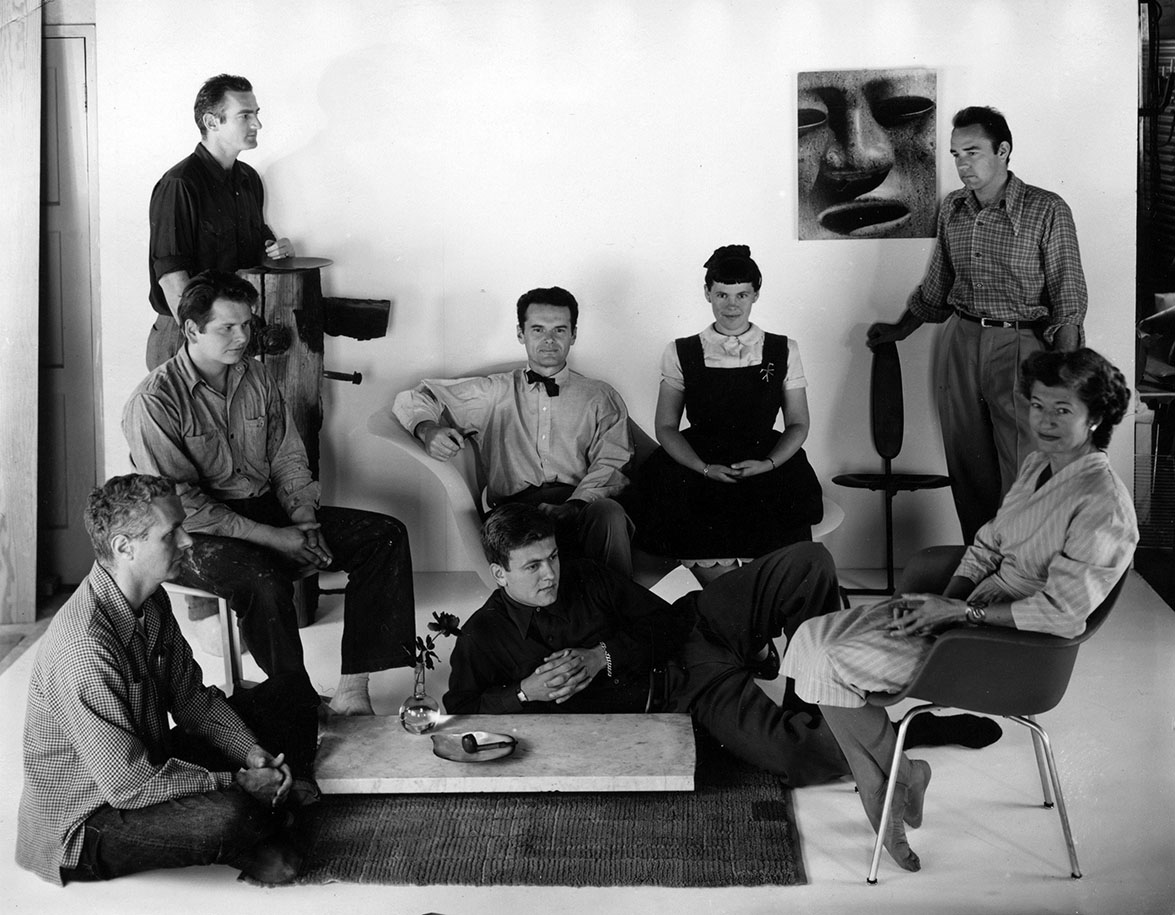 Charles and Ray Eames gained an international reputation with their furniture designs, which are displayed in the second area of the exhibition. They initially focused their efforts on plywood, exploring the limits of its capacity to be moulded into complex shapes. In the late 1940s, they began experimenting with the increasingly popular material of plastic, creating the legendary fibreglass chairs that soon became a common fixture in many households and public spaces. Over the following years, pieces that are now regarded as milestones of 20th-century furniture design were produced: for example, the Eames Lounge Chair, the Aluminium Group and the series of Wire Chairs and bases. The Eameses paid meticulous attention to every detail of their designs from start to finish, from the development process - which was pursued in close collaboration with the Herman Miller company and often spanned a period of several years - to the design of advertising photos, print materials and showrooms. 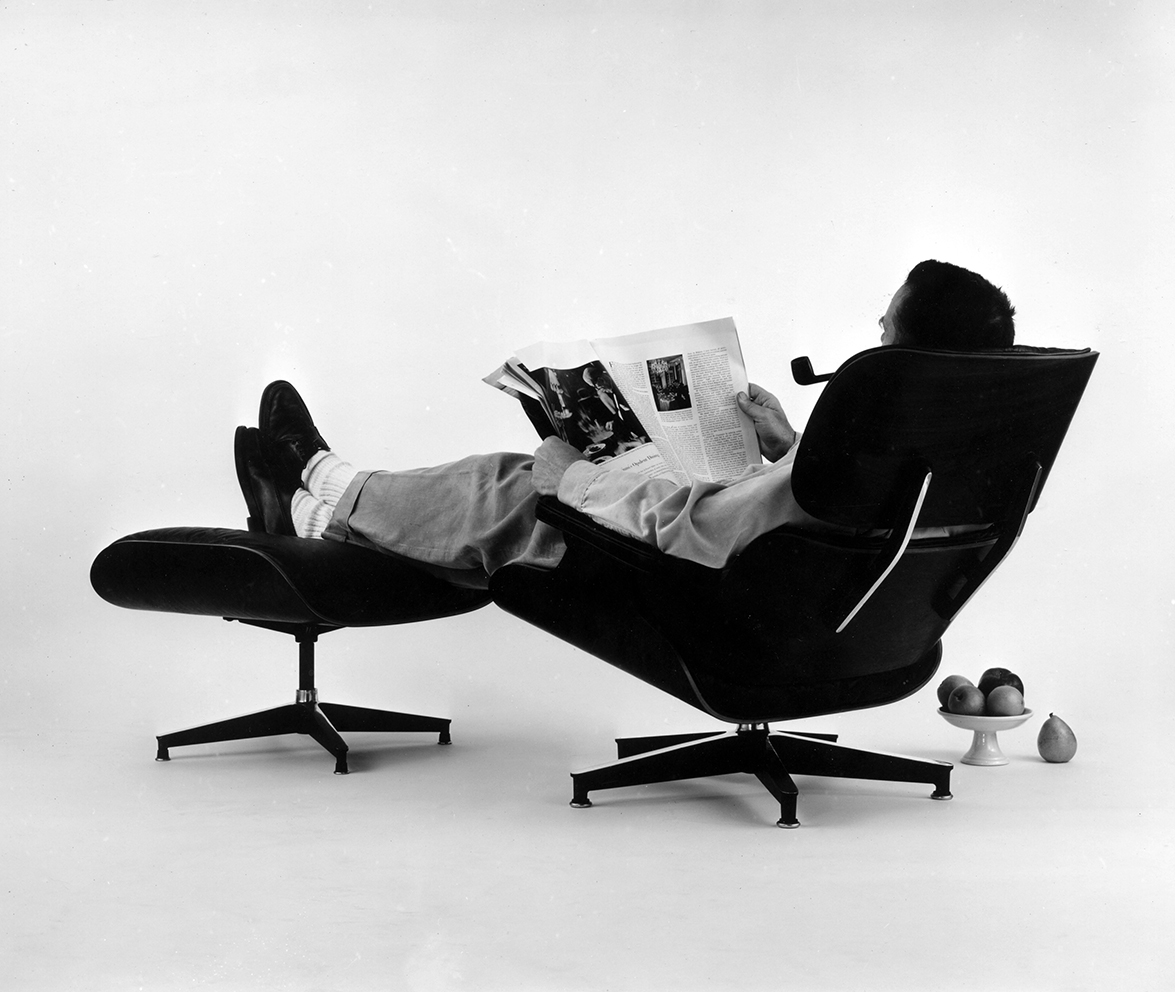 Charles Eames in the plywood Lounge and Ottoman 1956 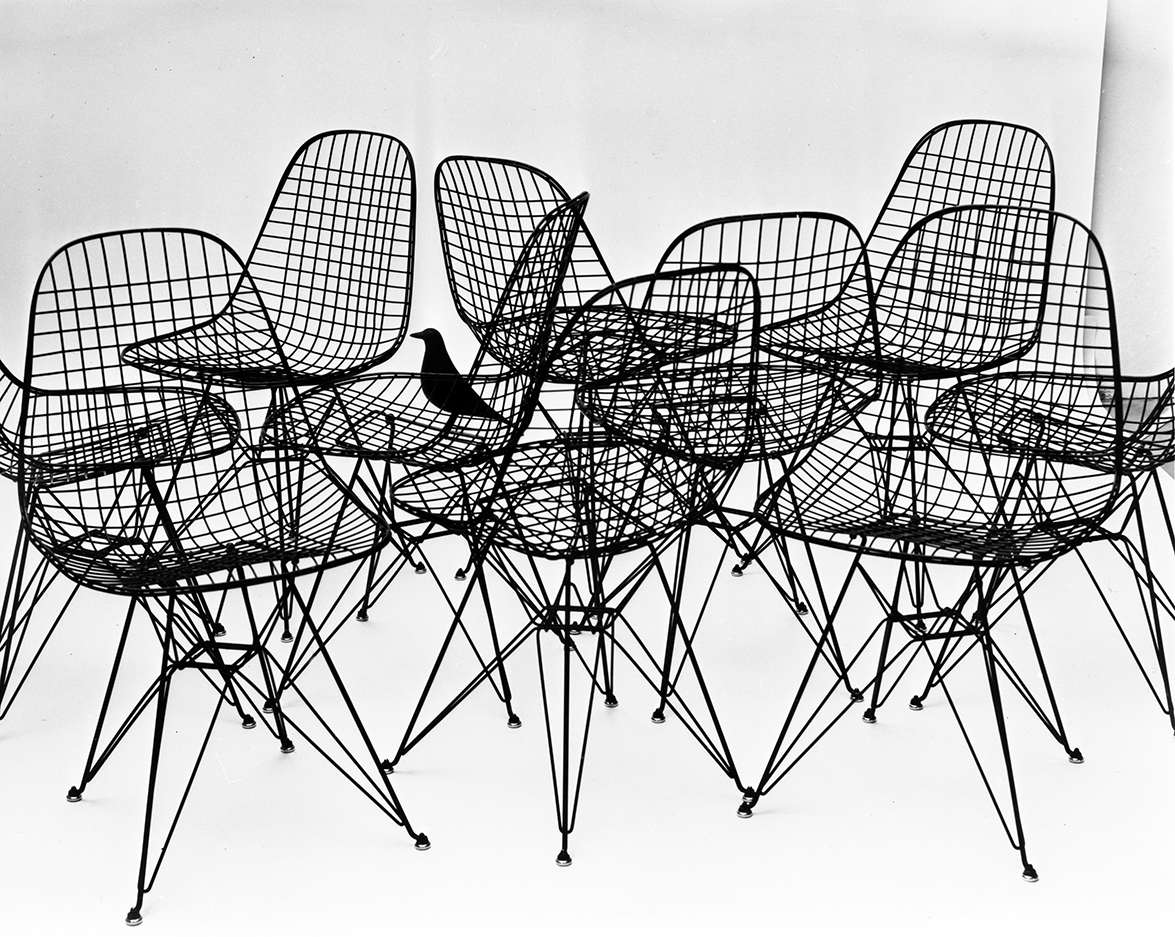 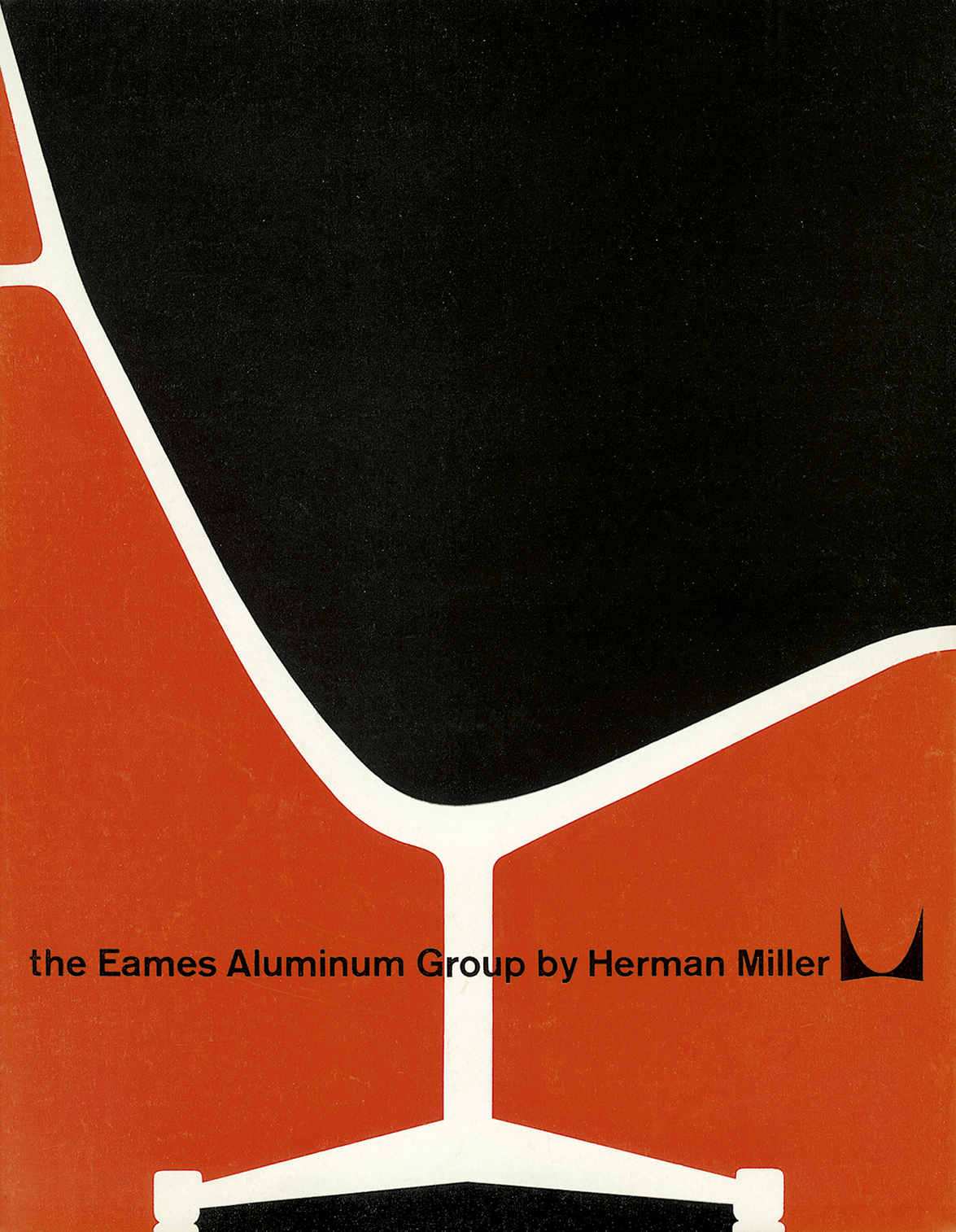 Advertising brochure for the Eames Aluminium Group by Herman Miller, 1958

A further section of the exhibition is devoted to the Eameses’ interiors and buildings. The couple was fascinated by folk art, which they avidly collected on their travels and employed in numerous interiors together with their own designs, composing intricate arrangements. A prime example is Charles and Ray Eames's own home, built in 1949 as part of the Case Study House Program, which aimed to demonstrate innovative forms of construction and living. In the Eames House, Charles and Ray orchestrated the intermingling of work and private life: this is where they photographed their own designs, shot films and received guests - giving rise to a mythical aura that was soon associated with the Eameses’ work. They also designed houses for John Entenza, the editor of Arts & Architecture magazine and initiator of the Case Study Houses, for Max de Pree, and for the filmmaker Billy Wilder. 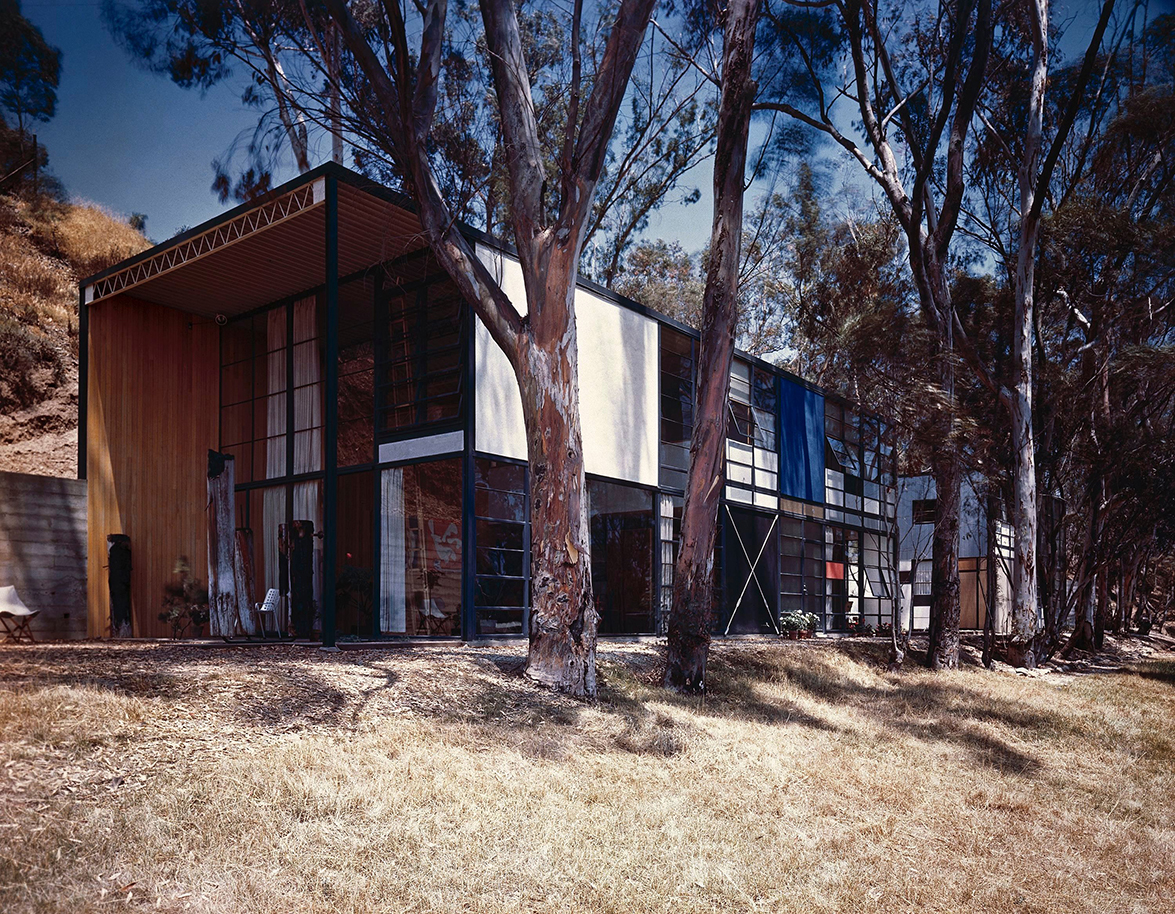 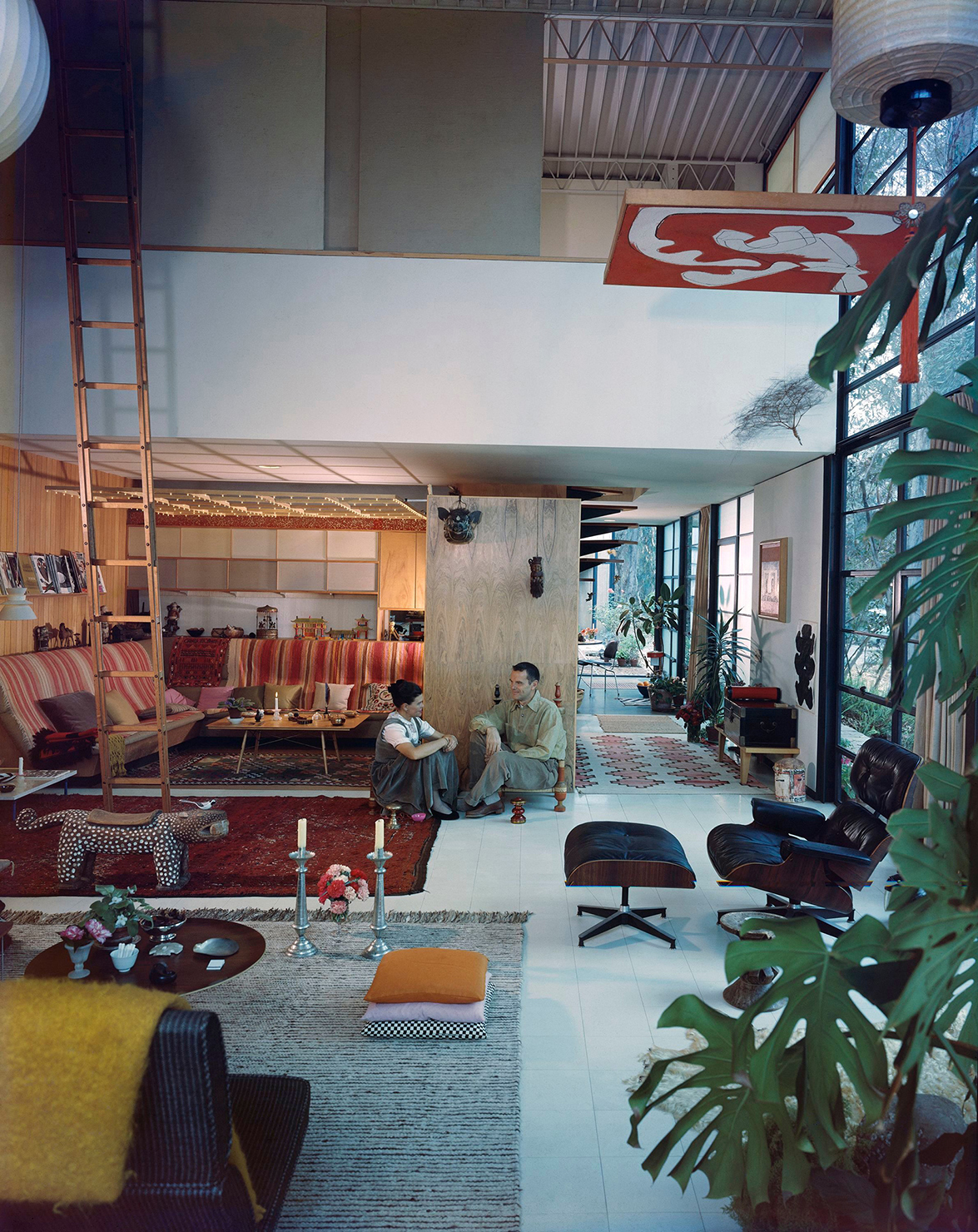 The most famous furnishings and buildings designed by Charles and Ray Eames were created in a relatively short period of about 15 years. Beginning in the late 1950s, their attention increasingly shifted to exhibitions, films and multimedia installations, securing them a place as pioneers of the information age. Another section of the current exhibition is devoted to these works. The Eameses created several of the very first multimedia shows combining video and audio, such as »Glimpses of the USA«, a film projected simultaneously onto seven large screens at the 1959 American National Exhibition in Moscow, or the 22-screen slide show »Think«, which was presented in the IBM Pavilion designed by the Eameses in collaboration with Eero Saarinen for the 1964 World's Fair in New York. In 1971, they conceived and designed »A Computer Perspective«, an exhibition on the history of the computer that presciently anticipated the revolutionary effects of digitalisation. 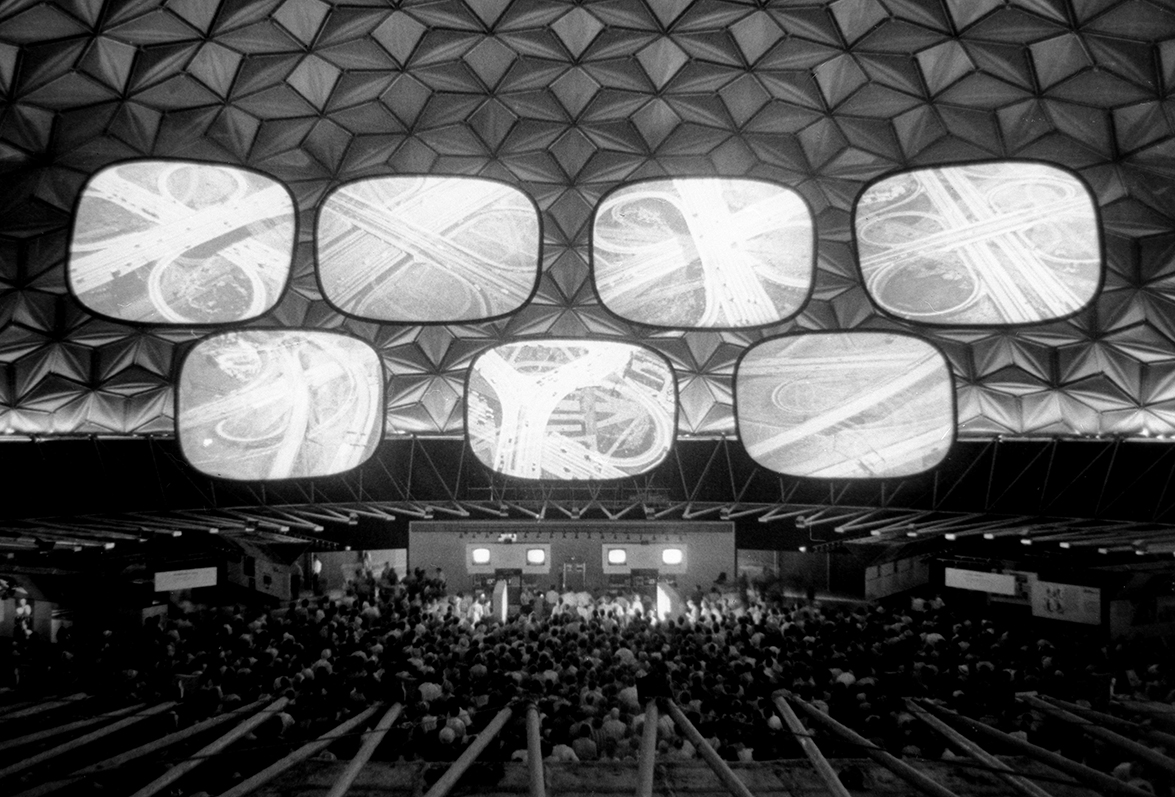 Installation view of Glimpses of the USA 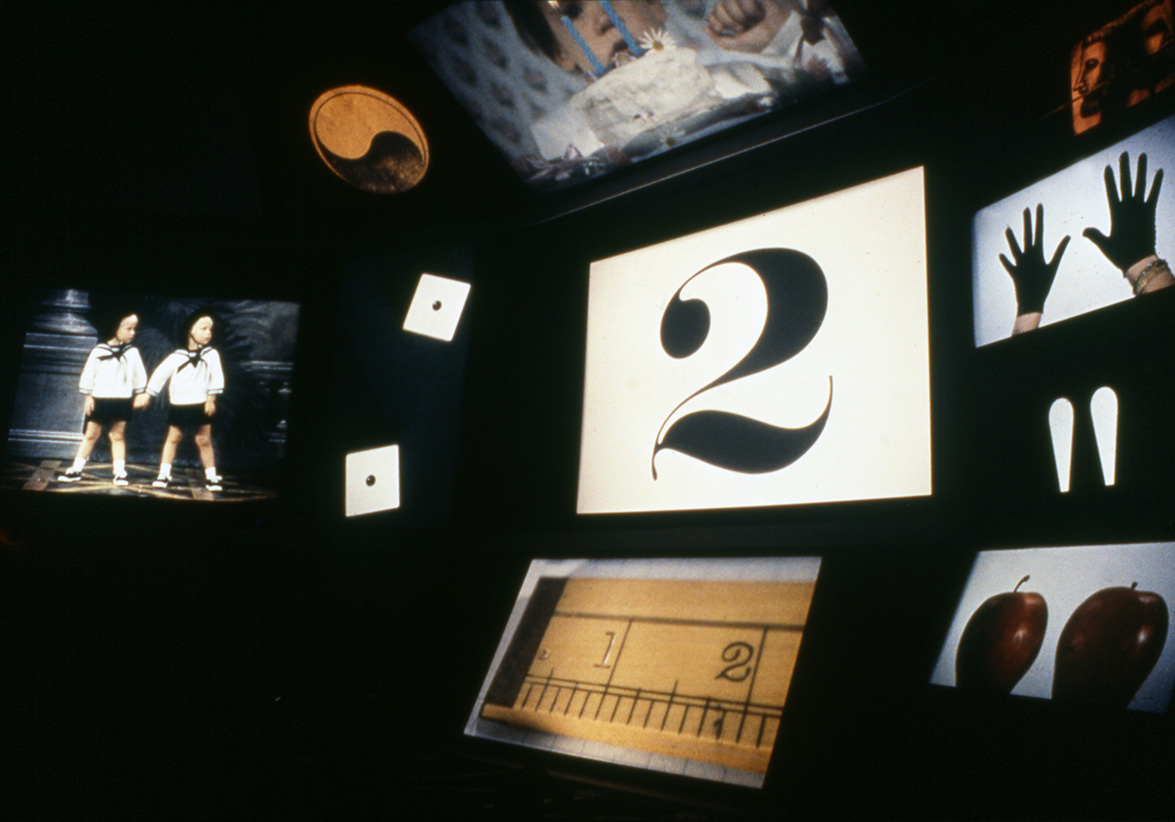 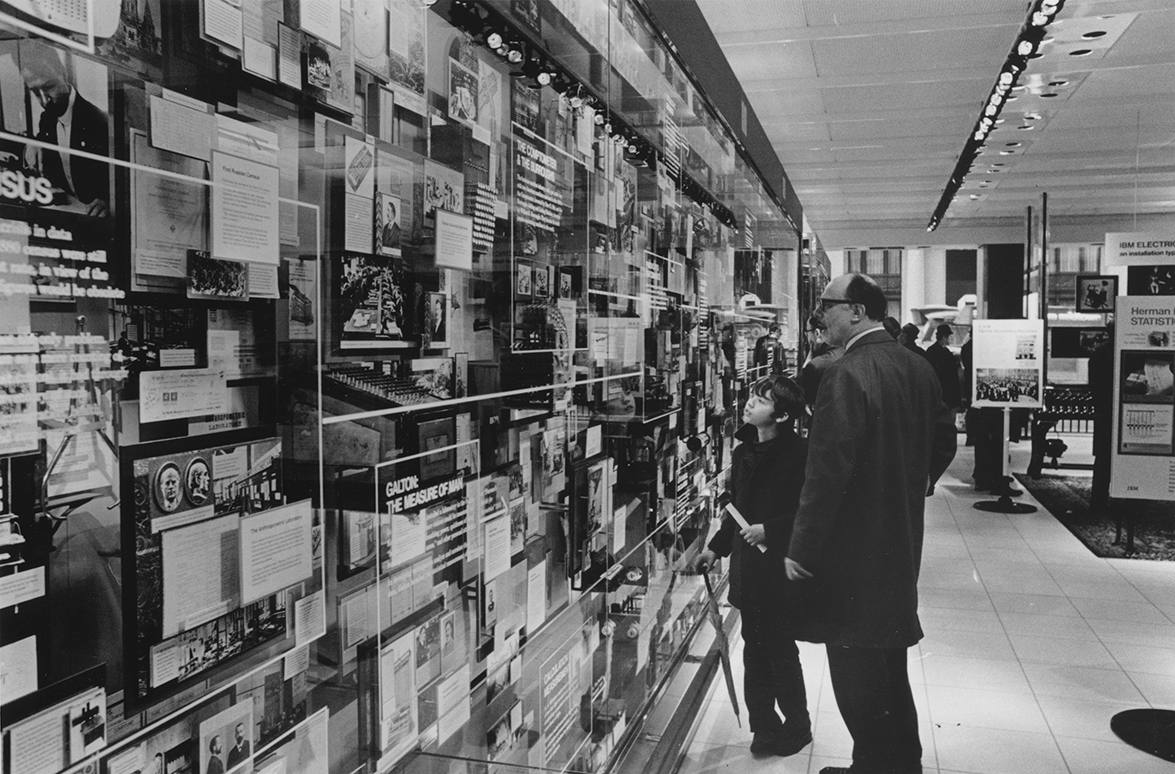 Installation view of A Computer Perspective

This retrospective exhibition encompasses more than 500 objects and exhibits, including extremely rare plywood sculptures created by Ray Eames, models of the Eames House and the IBM Pavilion, a reproduction of the room installation created by the Eameses for »An Exhibition For Modern Living«, and media installations such as »Glimpses of the USA« or »G.E.M.« Lenders to the exhibition include the Library of Congress, Washington D.C., the Museum of Modern Art, New York, the Eames Office and many other museums and private collections. The presentation in Weil am Rhein is based on an exhibition of the Barbican Centre, London, and was augmented and newly staged for the sole showing in German-speaking countries.


Ideas and Information. The Eames Films


The exhibition in the Fire Station by Zaha Hadid presents an extensive selection of films by Charles and Ray Eames, including works from the Library of Congress archives that are being shown for the first time. In addition to multimedia installations and exhibitions on technology and the natural sciences, the Eameses created more than 100 short films, whose production was a major focus of activity for the Eames Office from the 1960s onward. Initially using film as a means of communicating their works and design concepts, they soon discovered the medium as an ideal platform for disseminating knowledge at the interface of design, art, science and technology. The films allowed them to convey complex relationships in an entertaining and precise manner that appealed to a wide audience. With this exhibition, the cinematic oeuvre of the Eameses is given due recognition for the first time as a key part of their overall work. »Ideas and Information« highlights the significance of Charles and Ray Eames as pioneers of innovative media technologies and new forms of knowledge transmission. 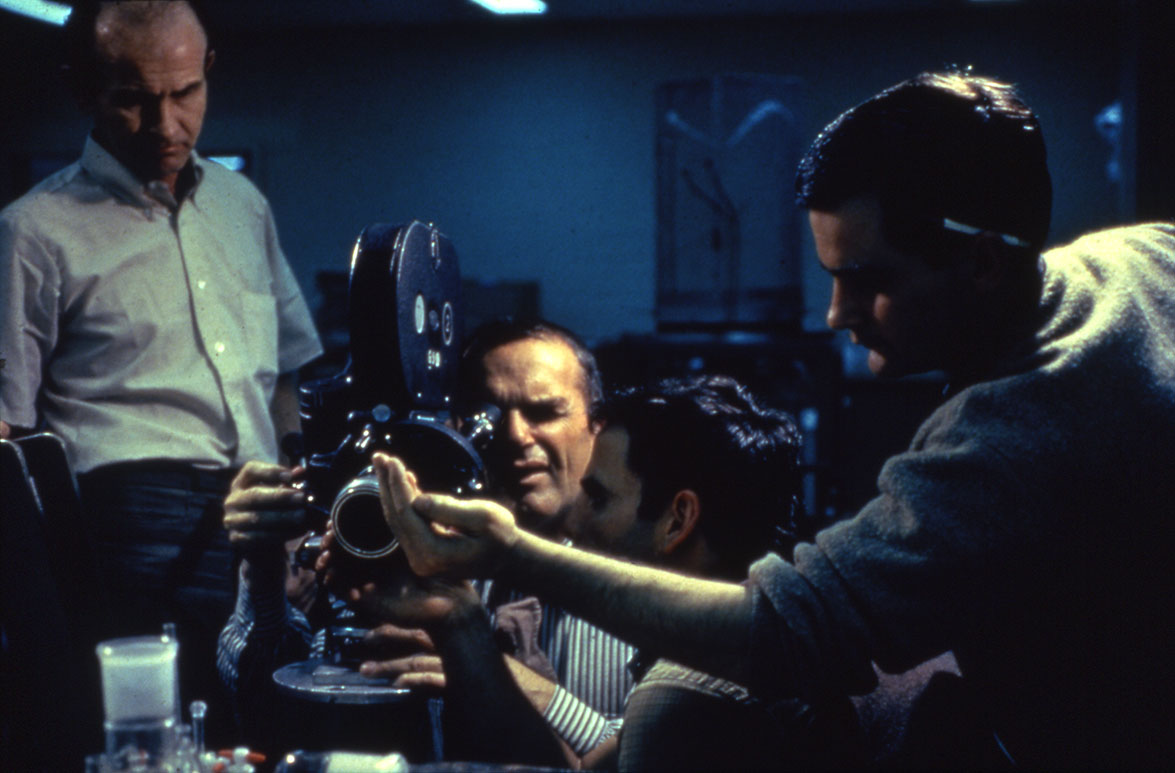 
»Take your pleasure seriously!« This motto by Charles Eames is the starting point for the exhibition »Play Parade« in the Vitra Design Museum Gallery. It presents toys, short films and objects from the toy collection of Charles and Ray Eames in a spatial installation full of shapes and colours. The original objects are secured in display cases, but all kinds of replicas and re-editions are accessible for visitors to play with and explore.


Such objects include »The Toy«, a construction set consisting of wooden dowels and colourful panels, animal masks, the famous »House of Cards«, and films that show a choreography of countless spinning tops or a happy parade of dolls and toy vehicles. The exhibition demonstrates how seriously Charles and Ray Eames regarded their work and experiments with toys, and how play can be an important source of creativity - as they proved best of all. 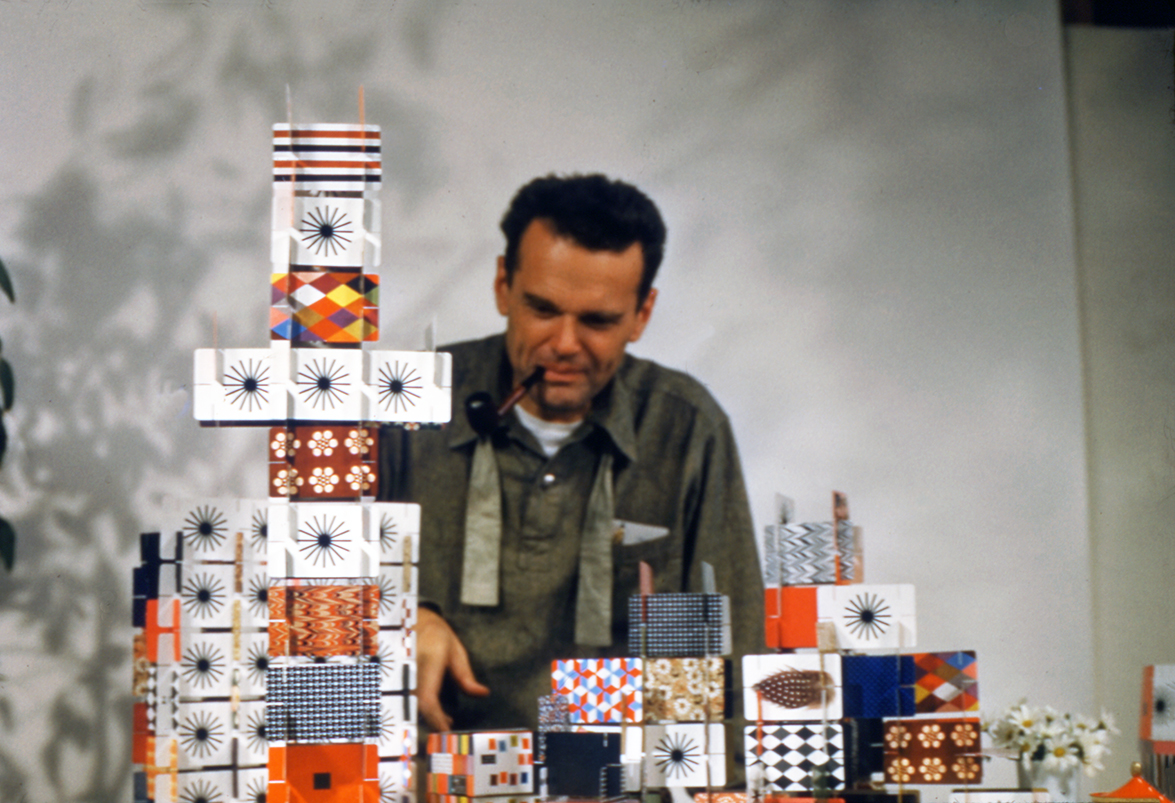 Charles Eames playing with the House of Cards 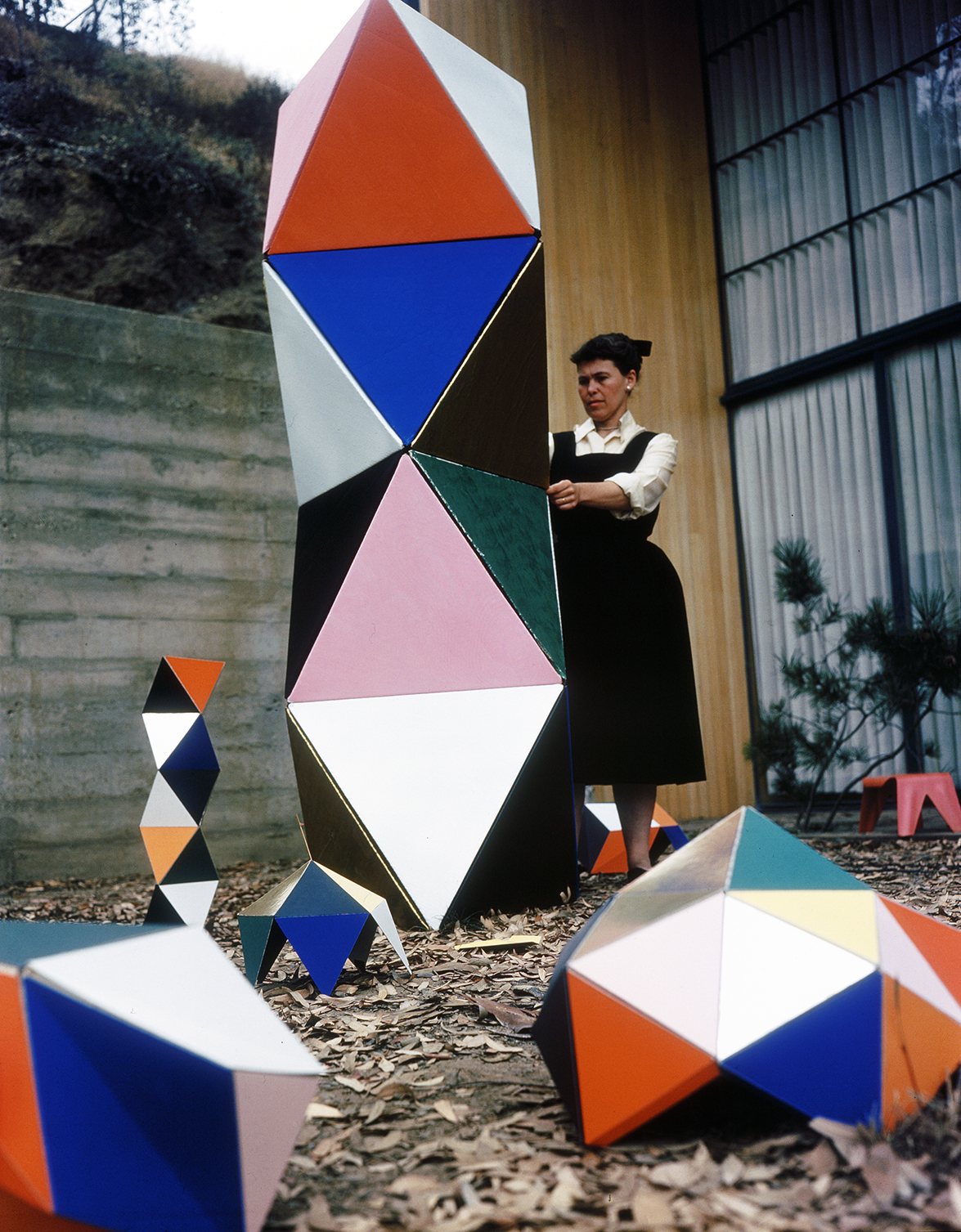 
How were the furniture designs of Charles and Ray Eames actually created? The exhibition in the Schaudepot answers this question by presenting study models, experimental objects and prototypes. »Kazam!« puts a focus on the large collection of production pieces and furniture experiments from the Eames Office that entered the holdings of the Vitra Design Museum in 1988, along with later additions. Today the Vitra Design Museum maintains the world's largest collection of Eames objects, including iconic pieces like the Eames Lounge Chair, the sculptural seating object La Chaise, or vintage production models made of plywood, plastic, aluminium or wire. All of these designs emerged from a long development phase at the Eames Office, involving ongoing experimentation and, in many cases, further refinement after their initial market launch. Based on selected furniture models, the exhibition illustrates the development work of Charles and Ray Eames and shows how they repeatedly achieved new, groundbreaking solutions. One such solution is referred to in the unusual title of the exhibition: during the late 1940s, the couple constructed a machine in the kitchen of their Los Angeles apartment that could be used to mould plywood into three-dimensional shapes - the word »kazam!« was their imitation of the ear-splitting sound made by the machine. 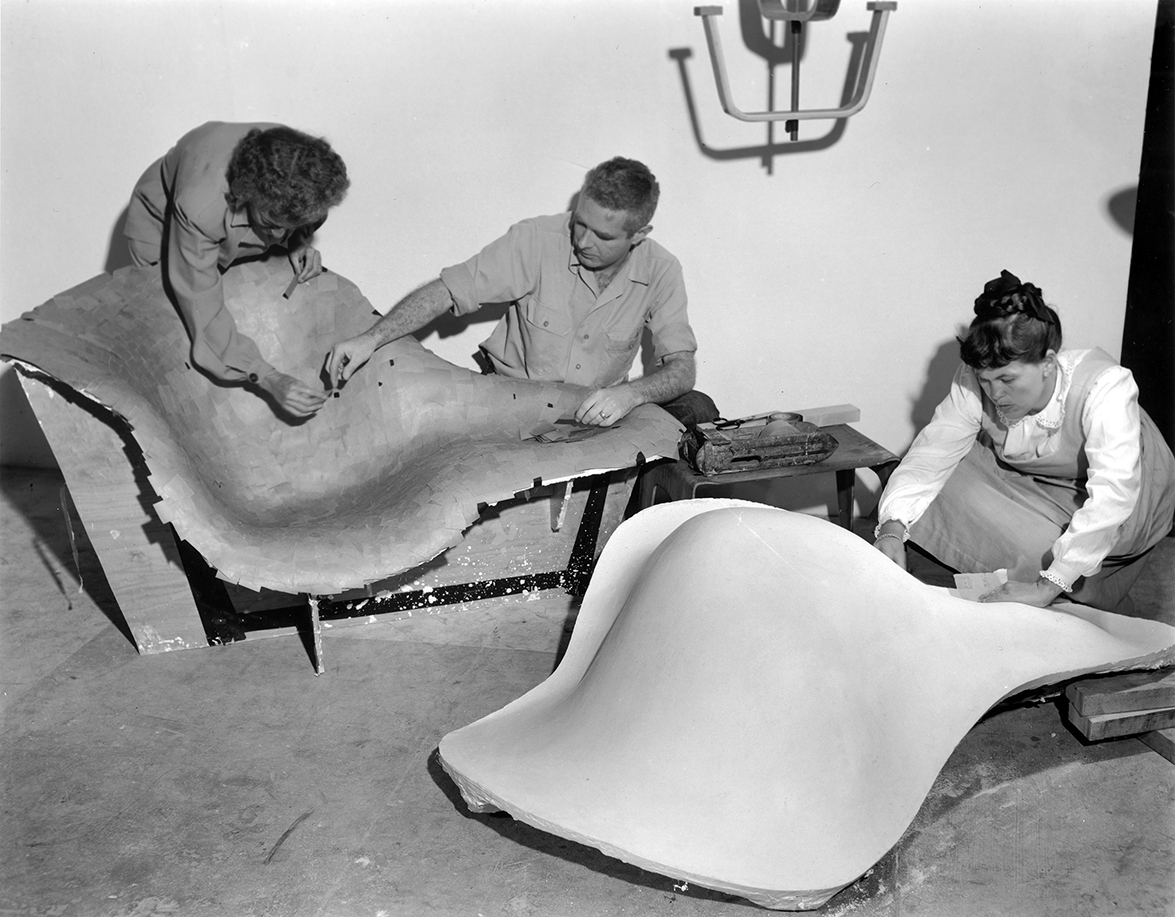 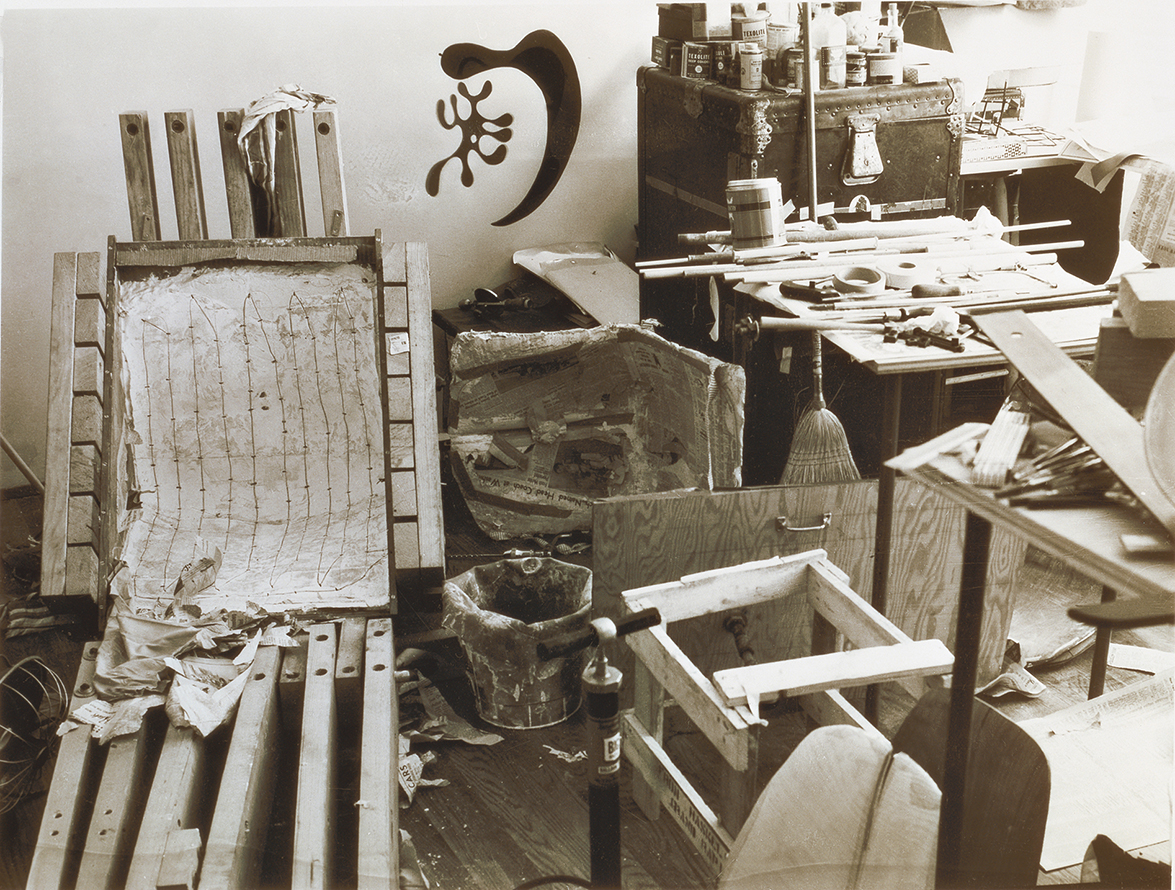 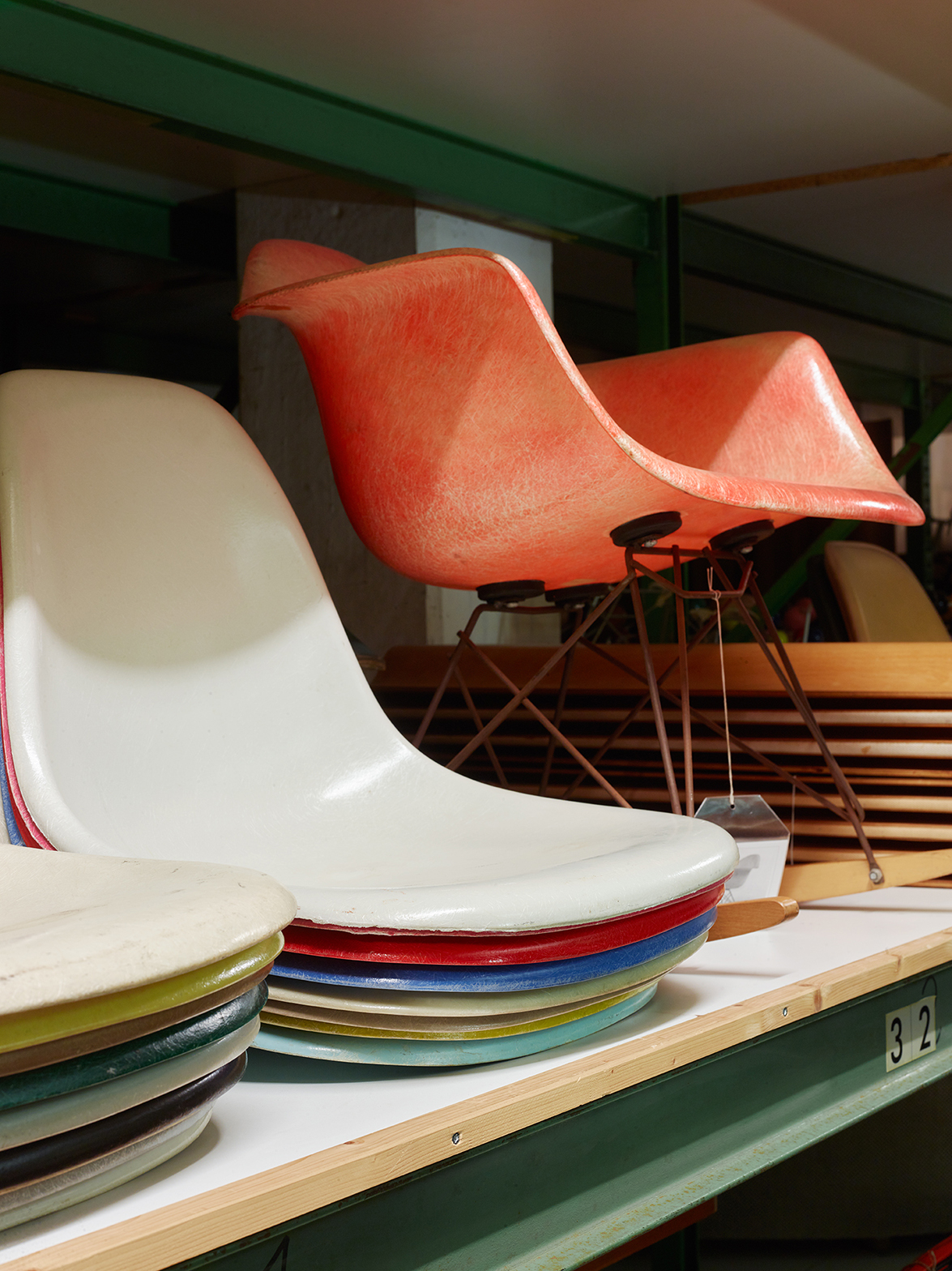 
In addition to the exhibitions at the four presentation venues of the Vitra Design Museum, further insights into the work of Charles and Ray Eames are available to visitors. These include the authentic reconstruction of Charles Eames's personal office as well as views of storage shelves with holdings from the Eames Office Collection, both located in the Schaudepot. The exhibitions are accompanied by an extensive programme of lectures, discussions and workshops that provide a deeper understanding of the Eameses’ ideas and show the extent of their continuing influence on design, architecture, film and everyday culture in today's world. We look forward to welcoming such prominent guests as Eames Demetrios, Ross Lovegrove, Arno Brandlhuber, Margit J. Mayer, Christ & Gantenbein and many others. 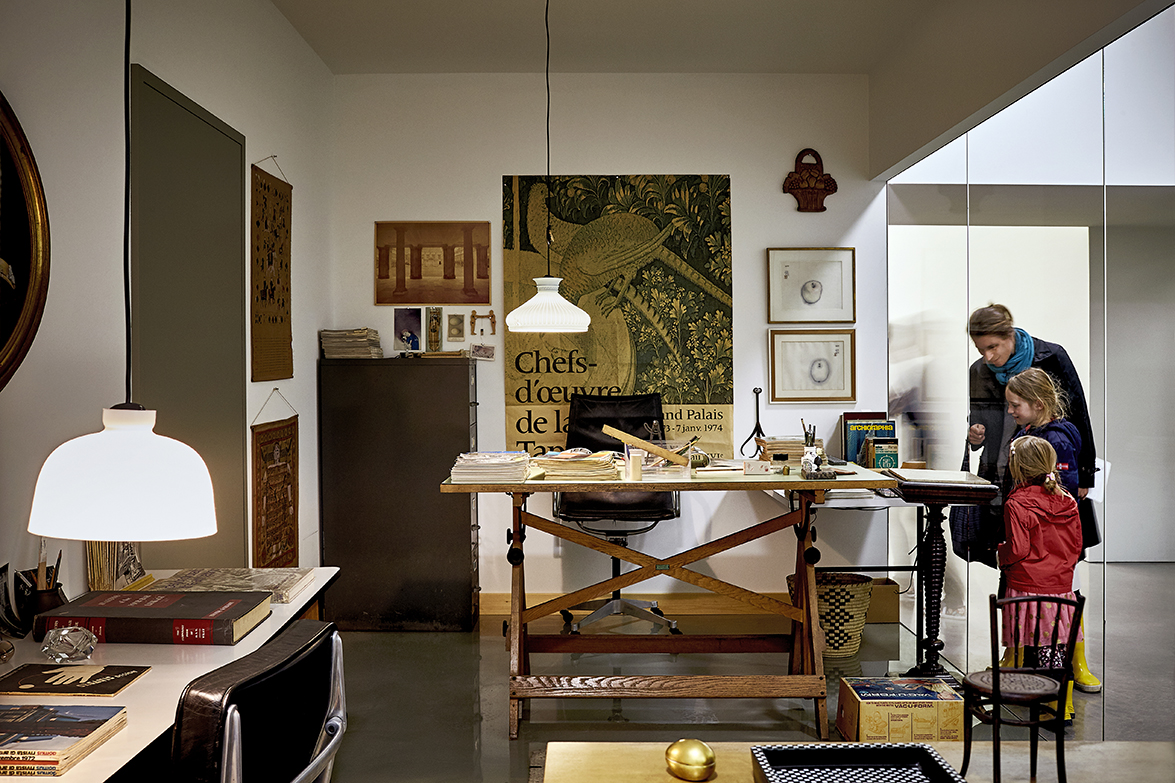 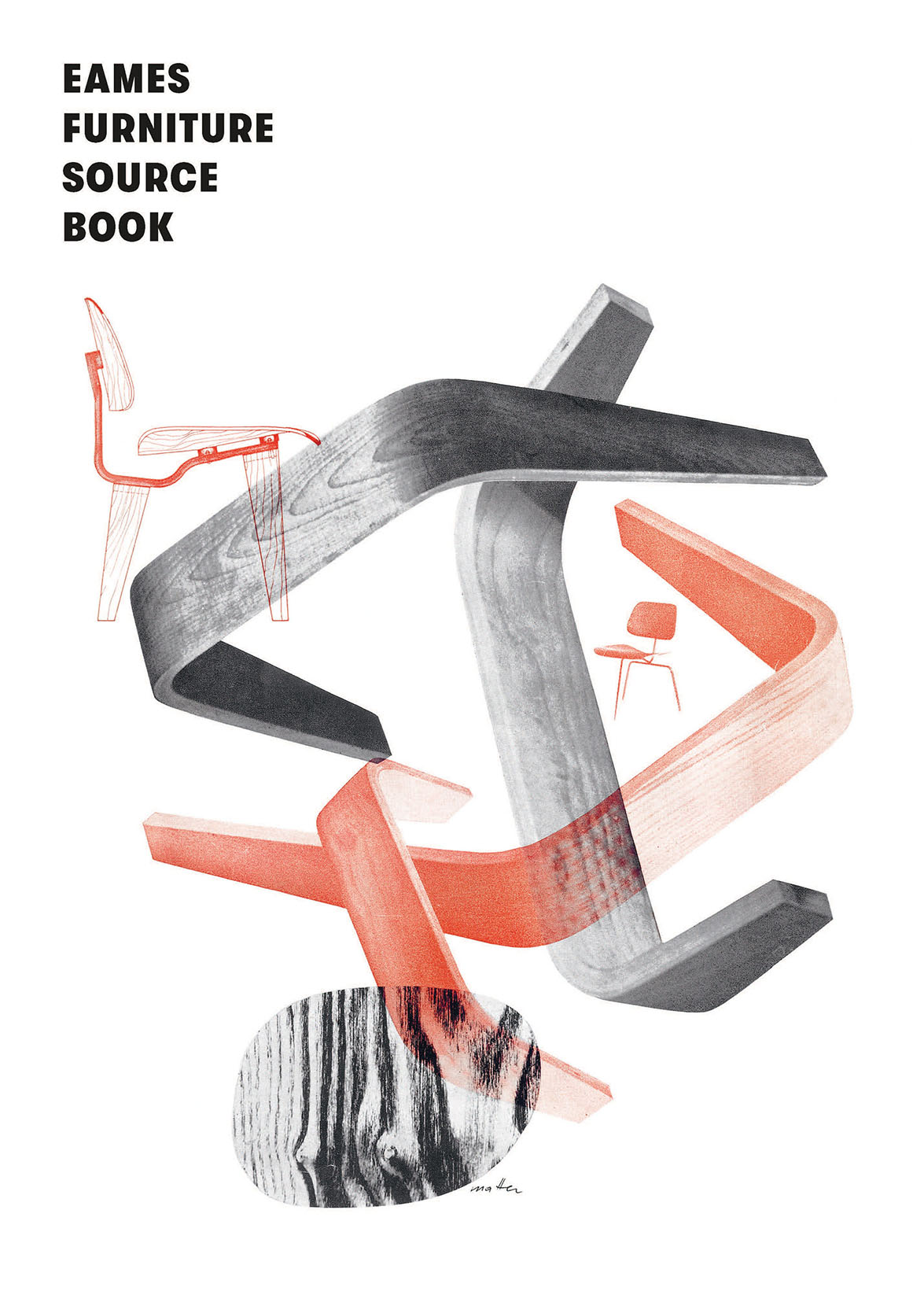 The Eames Furniture Sourcebook, which is being published by the Vitra Design Museum in conjunction with »An Eames Celebration«, presents the first soundly researched and clearly organised survey of the furniture designs by Charles and Ray Eames. The book portrays the development of the Eameses’ most important furniture designs with an array of models, material studies, prototypes and product examples from a period spanning four decades. The extensive catalogue of works is categorised according to the respective materials, such as plywood, plastic, aluminium or wire, thereby offering precise insights into the material-related constraints and possibilities of the various designs. The study is based on the three-dimensional collection of the Eames Office in the holdings of the Vitra Design Museum, which - together with other Eames objects - is the world's largest collection of Eames furniture. Anyone who is seriously interested in the furniture of Charles and Ray Eames will find this book an indispensable tool, thanks to its knowledgeable, generously illustrated essays and the precise dating of objects.