Woojin Lim develops a house with HI-MACS® that camouflages itself in the snow. Reminiscences of the traditional snow-capped shelters of the Alps 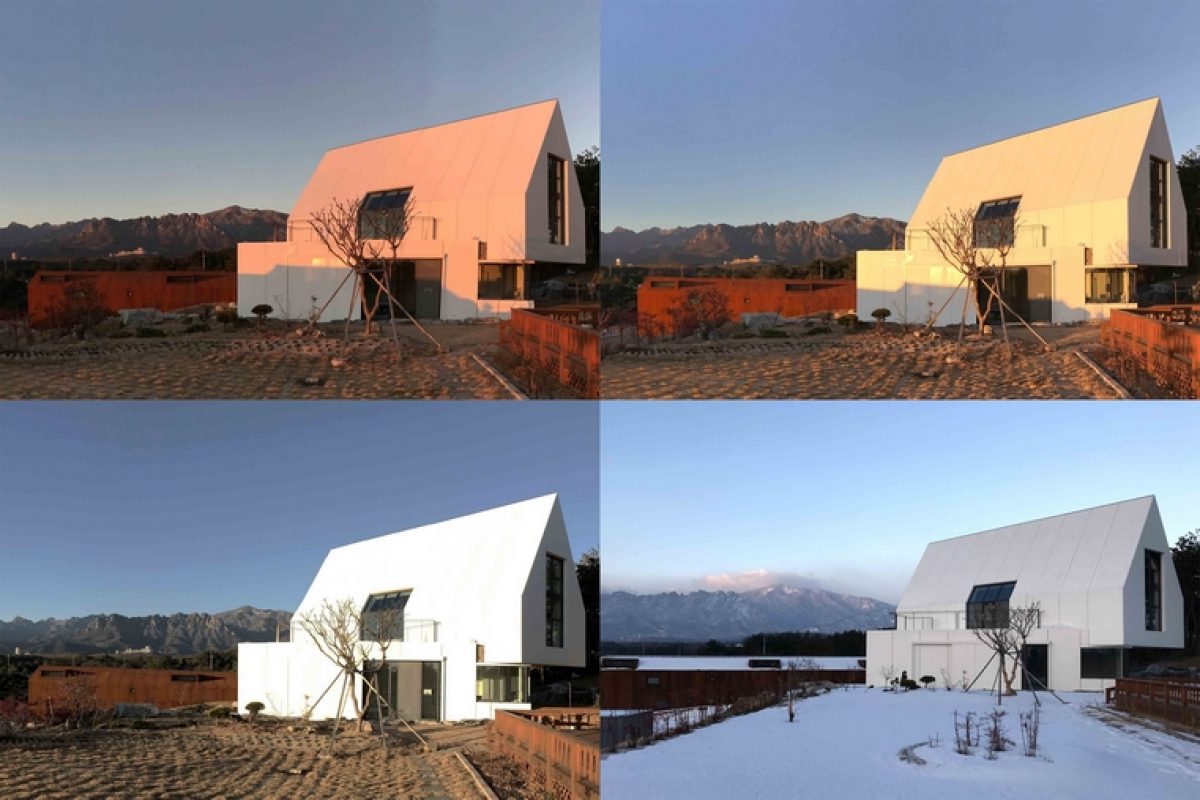 Woojin Lim develops a house with HI-MACS® that camouflages itself in the snow. Reminiscences of the traditional snow-capped shelters of the Alps

Fascinated by the “festival of lights” that nature offers, the French-Korean architect Woojin Lim dreamed of building a house in his native country, in symbiosis with the environment and that could interact with nature. The final result is a majestic roof of an immaculate white that constitutes a living painting and reflects the infinite nuances that change with the hours of the day, the seasons, the color of the sky and the environmental luminosity.

Woojin Lim decided to accept this challenge, unconventional in the immobility of modern architecture. The architect was fascinated by the location in front of Mount Seorak, which inspired the creation of this house so original that reminds of the chalets of the Alps. 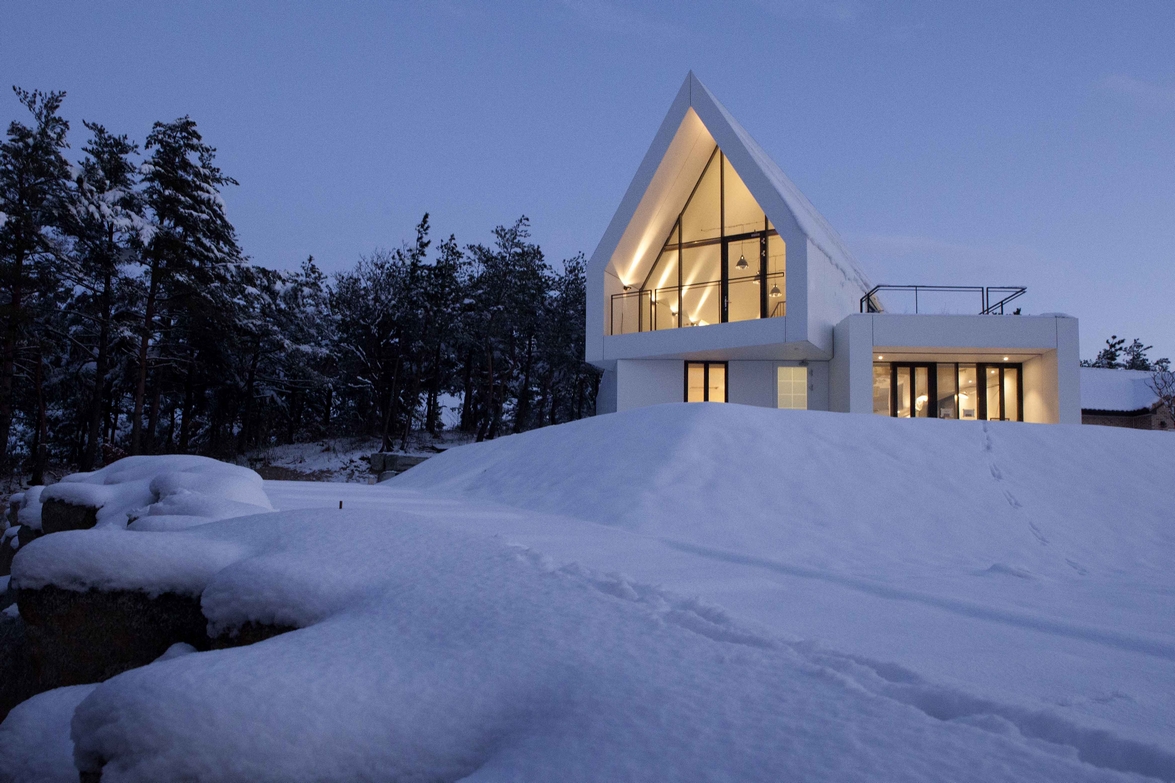 Thanks to HI-MACS®, which has allowed the creation of a totally white architecture, including the roof -the most exposed part of the house-, this project is a whole new initiative in Korea. The house looks like a gable on a simple hexahedron. With its 60 ° angle, the roof resembles the traditional chalets of the snow-capped Alps. This angle, chosen after a rigorous search and experimentation, is the optimal degree required to avoid being deformed by snow, rain or dust.

The geometric image of the whole creates an interesting visual experience: the house looks like a “single monolith” rather than a montage of different shapes, despite the asymmetrical configuration of the structure. As the building envelope is separated from its structure, the rainwater streams from the roof are directed towards the inside of the vertical envelope and not towards the outside. This construction system, as ingenious as it is unusual, performs the function of the roof gutter on exterior surfaces, while retaining its pure and radiant whiteness. 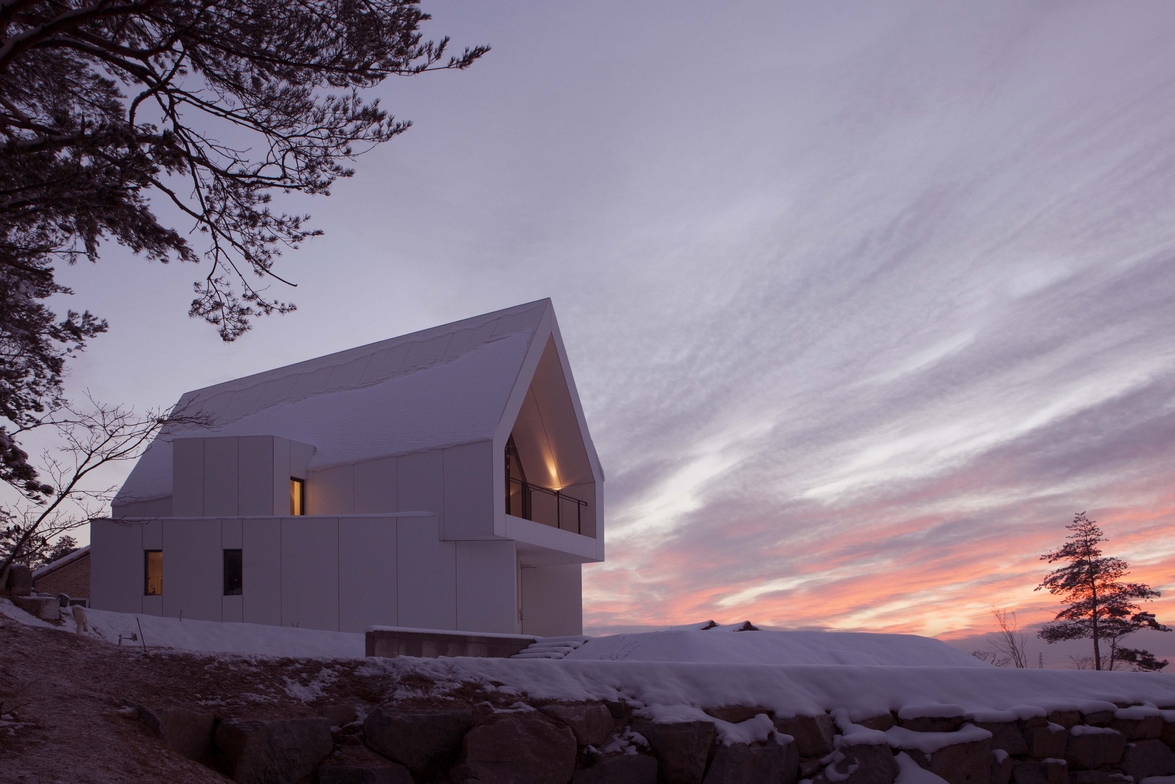 The architect has chosen HI-MACS® in the shade Alpine White. Known for its many applications, particularly as an interior coating, its intrinsic qualities - a uniform, non-porous, thermoformable surface and assembly without visible joints - together with its ability to withstand weather and climate tests, make it the perfect material for exterior applications such as facades. Another fundamental criterion for choosing has been the “luminous reactivity” of the material. Thanks to its optimal absorption of radiation and reflection of light, it reflects without dazzling as a typical whitewashed wall would. In addition, the properties of the material react to changes in the environment and reflect the changing environment throughout the day in different shades of white.

According to Woojin Lim, “The decision to use HI-MACS® to create the facade was obvious. Water currents from rain are one of the main causes of alterations in a façade. With HI-MACS®, a perfect assembly provides a solution to the vertical grooves of other materials that make the structure permeable and accelerate the façade's deterioration over time. “ 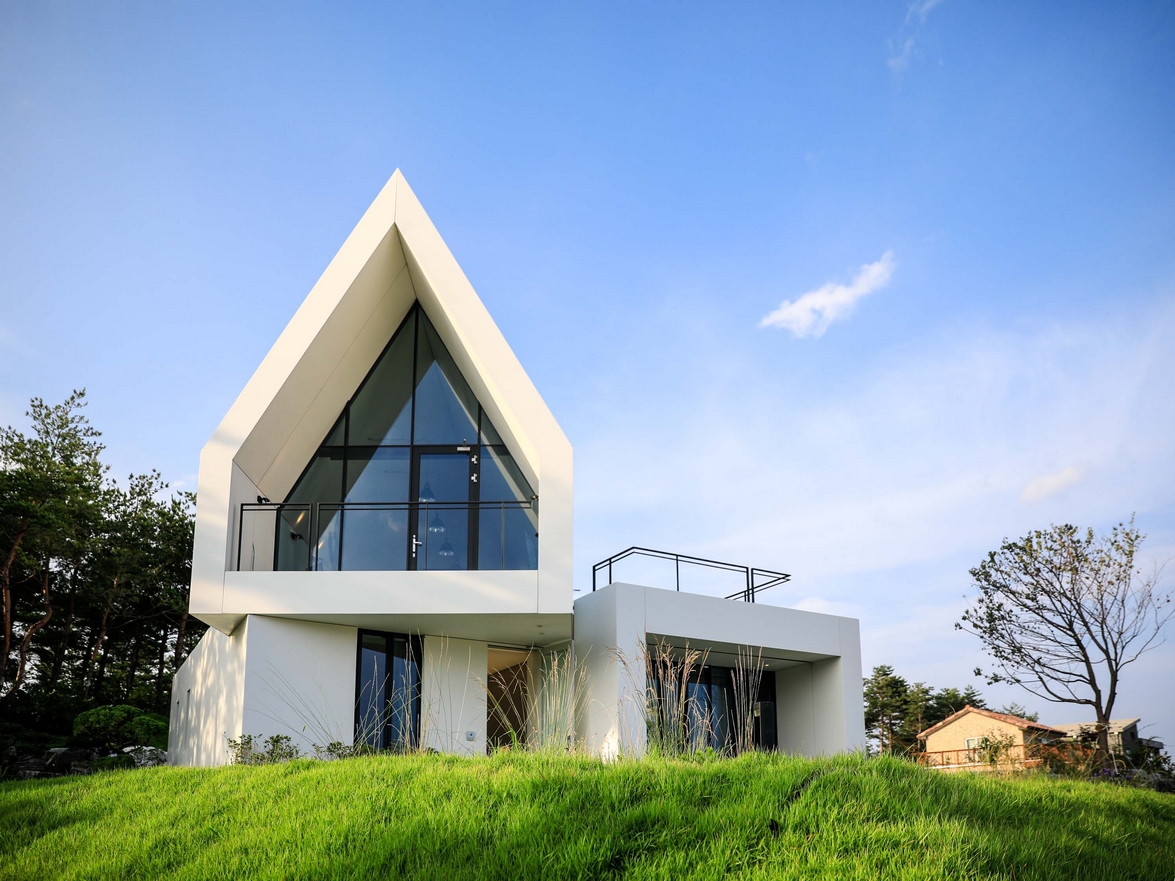 As for the interior of the house, HI-MACS® has also been chosen for the lining of the living room walls. In this way the home enjoys all the properties of the acrylic stone allowing the space to radiate uniqueness and elegance.