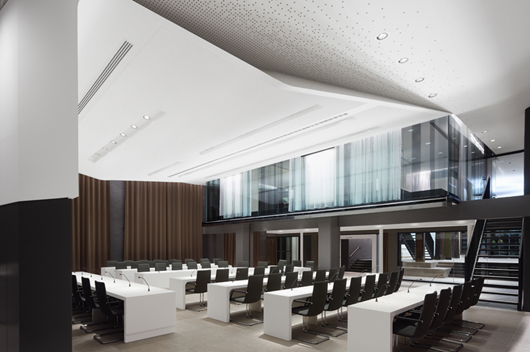 Originally built in 1726-30, Schorndorf Town Hall is the jewel and landmark of the town of Schorndorf. In the first stage of construction, we energetically rehabilitated the top floors of the building and restored them in line with historical monument regulations. 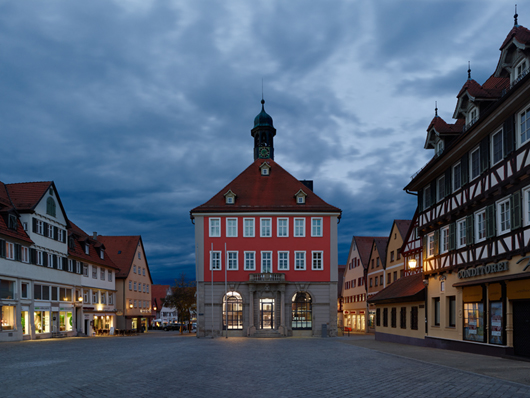 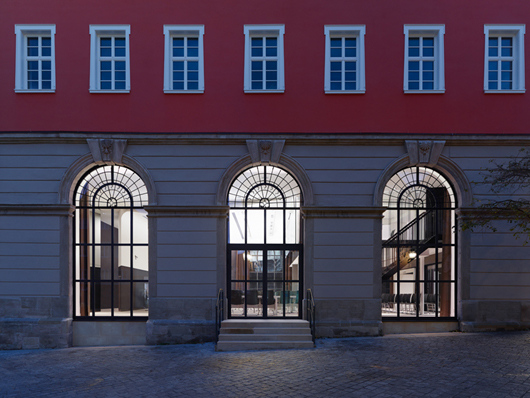 A second phase of construction followed with a redesign of the public area of the ground floor and a new façade design. The main idea behind the design was to make the historical space as visible as possible. The resulting transparency in all areas demonstrates a citizen-oriented understanding of democracy and recalls the former marketplace function of the ground floor.

A staircase leads up from the foyer with its historical wooden pillars to a glass-fronted wedding hall. This free-floating unit with a subjacent window to the plenary hall are made of glass, so the room can be perceived as a whole. The plenary hall is characterised by an undulating ceiling sail and a seating arrangement that is optimised for maximum eye contact, thus promoting a constructive atmosphere for communication. 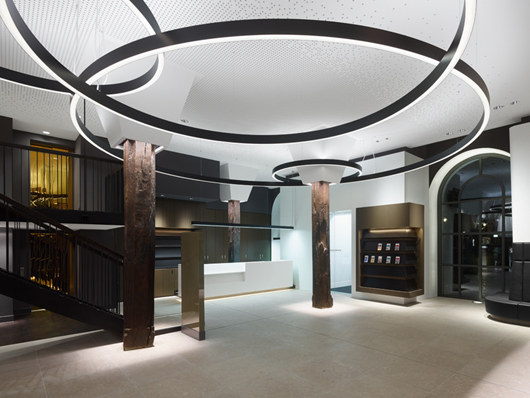 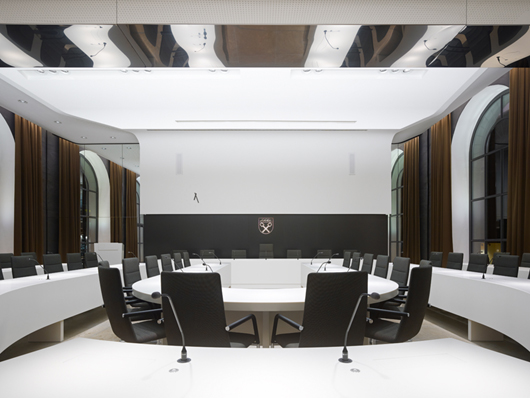 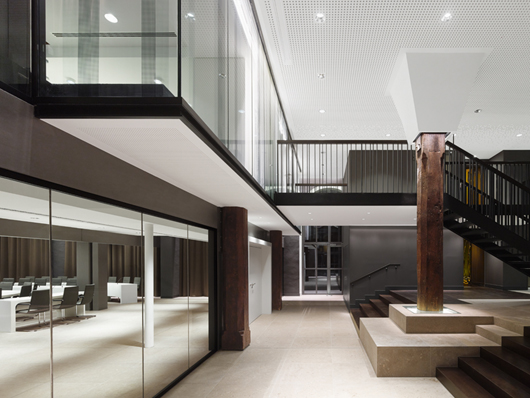 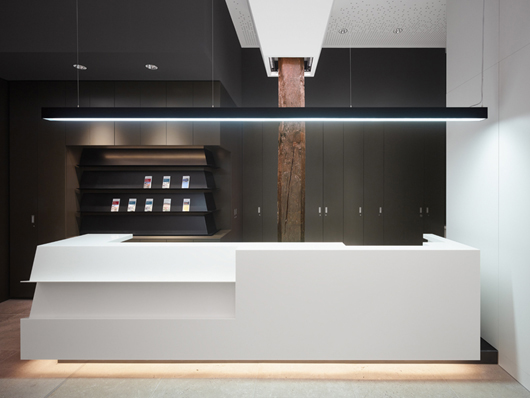 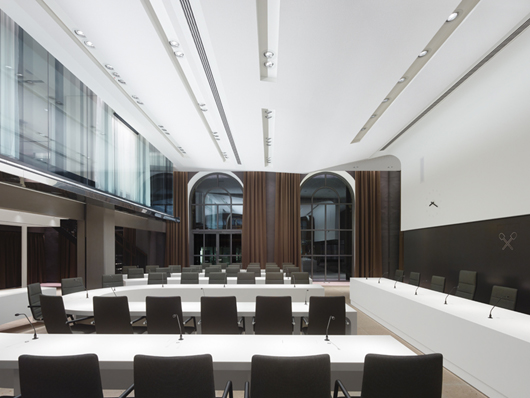 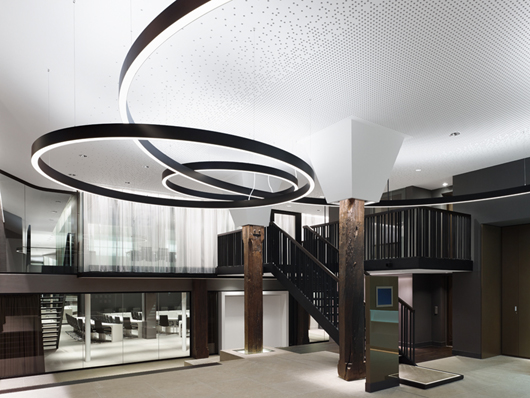 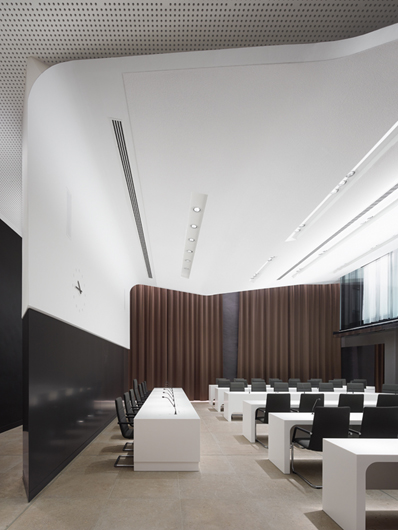 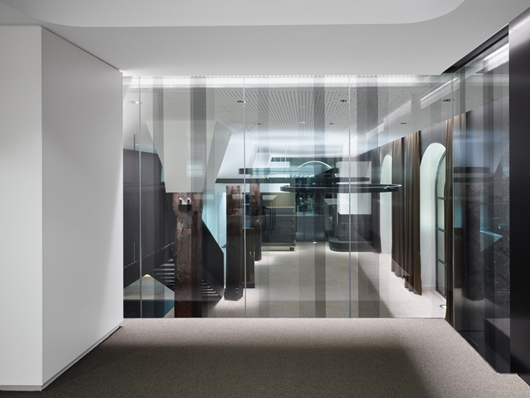 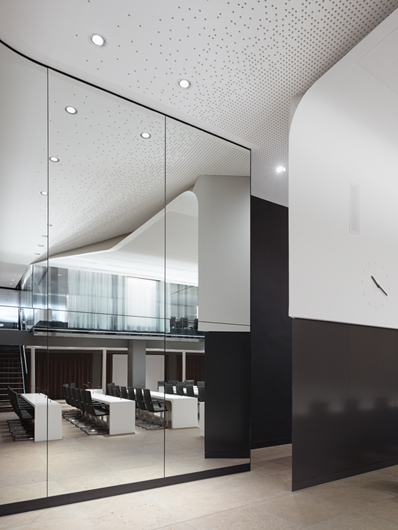 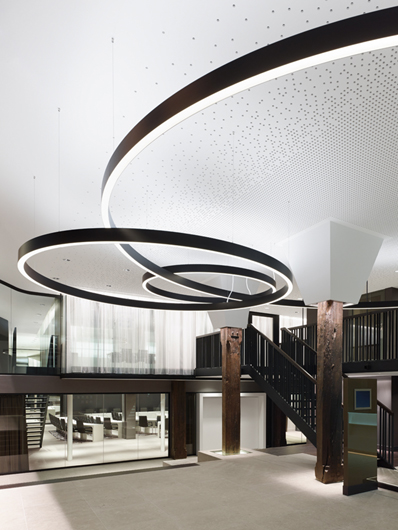 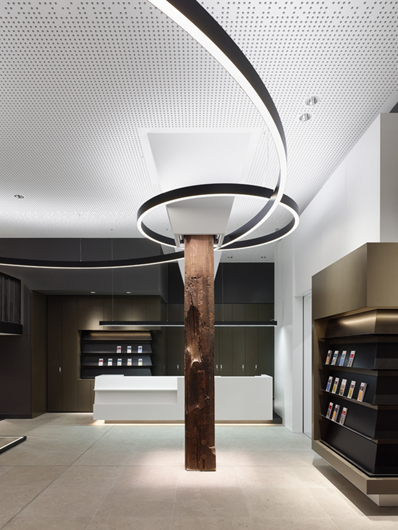 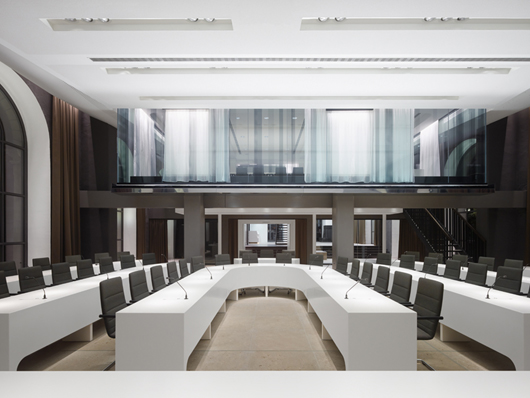 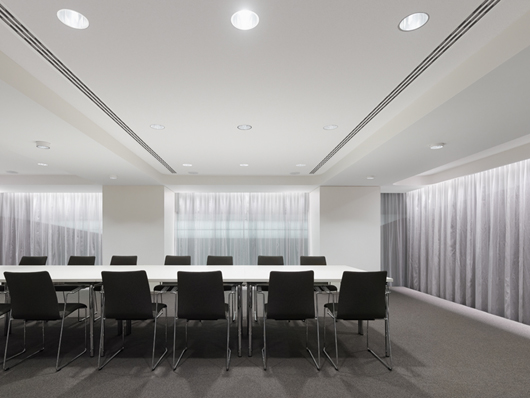 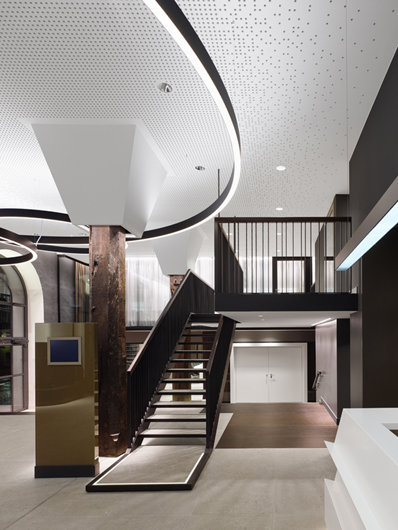