Case Studies: Fast tables, designed by Carlos Tiscar for Sellex, furnished the rooms for events at the Ohla Eixample Hotel in Barcelone 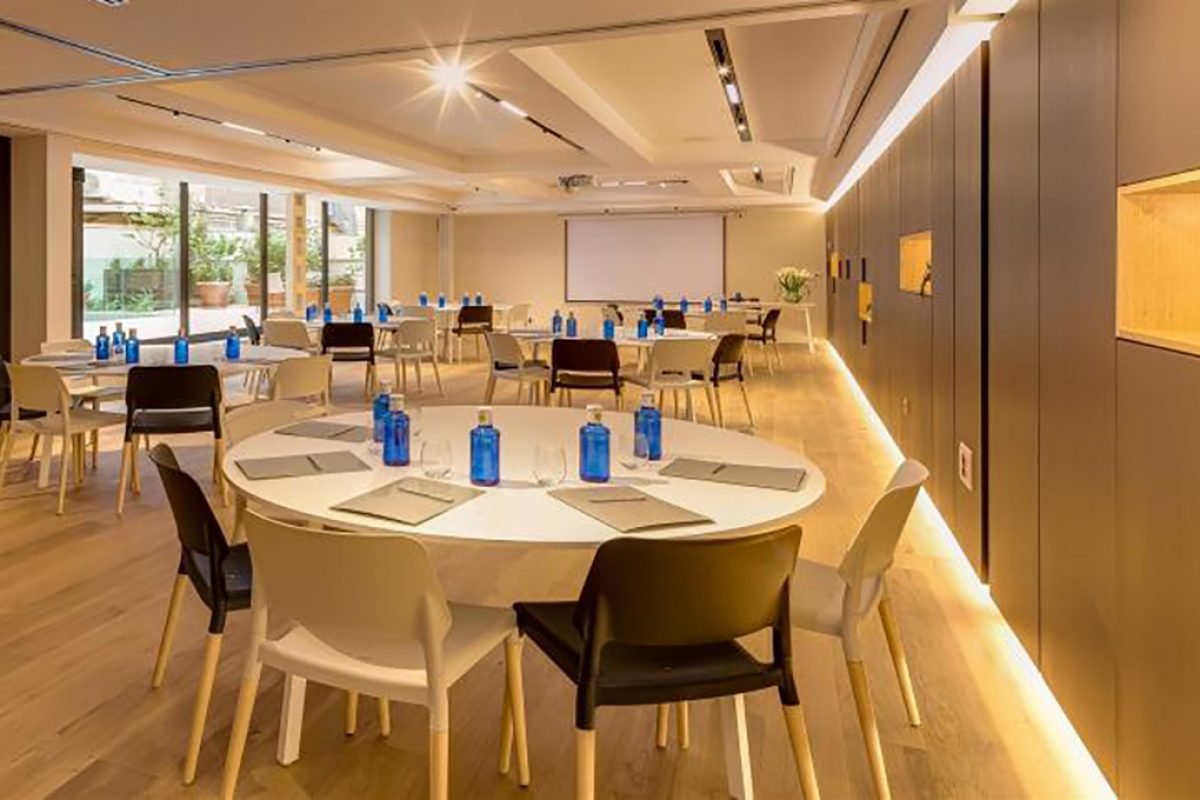 Case Studies: Fast tables, designed by Carlos Tiscar for Sellex, furnished the rooms for events at the Ohla Eixample Hotel in Barcelone

Ohla Eixample hotel, located in the most modern part of Barcelone (Spain), has decided on FAST Table, designed by Carlos Tíscar for Spanish company Sellex, to furnish its rooms for events. 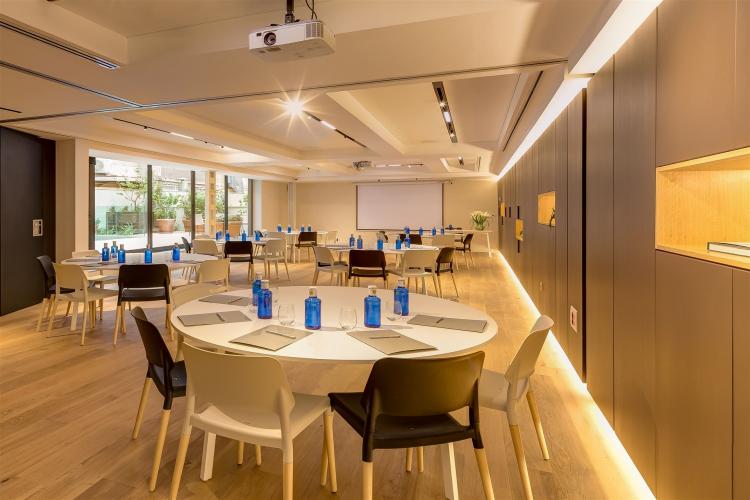 Isern Associats Architecture Studio has been in charge of the interior design of this 5-stars boutique hotel located in the heart of Eixample in Barcelone, between the emblematic Avenida Diagonal and the shopping area of Rambla of Catalonia. A projec that, acccording to the architects, was very ambitious: to turn into a 5-stars hotel an office building dated on the 70's and that, in principle, presented serious difficulties (it was taller than allowed nowadays and it was built on top of the railway's arch).

Once difficulties were overcome, the result cannot be more brilliant. The outdoors climatized swimming pool is to be highlighted, unique in Barcelone, but what has shocked us most is the façade. All built in ceramic, as this is a material with a close connection to the city's history, the façade of Ohla Eixample hotel contains more than 1.000 pieces serigraphed with robotic interpretations of Vivaldi's ‘Four seasons’ music piece. 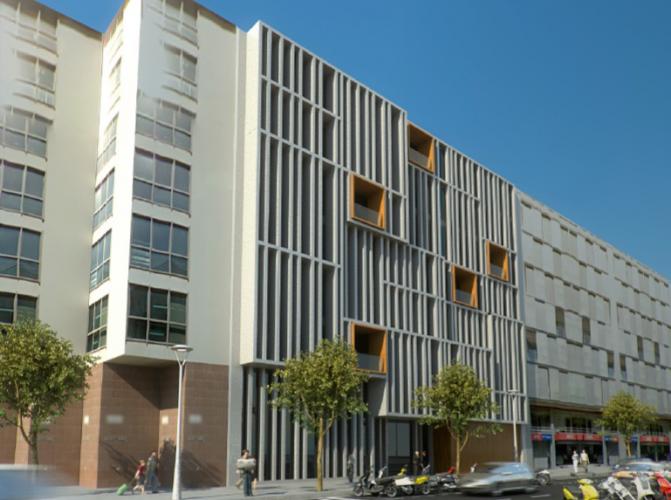 The same treatment, an idea of Isern Associats, was used for the mural, also in ceramic, placed on the building's groundfloor, from the reception to the restaurant.

Having roundabout a hundred bed rooms, Eixample Ohla hotel counts also with several events rooms, which usually need of a specific furniture able to adapt to all kind of celebrations and events, from big ones like crowded events or congresses to more modest ones like a seminar or a company's meeting. FAST table is knock-down and foldable, ideal for this type of installations in which different events and celebrations may take place, as it means saving as much money as room. 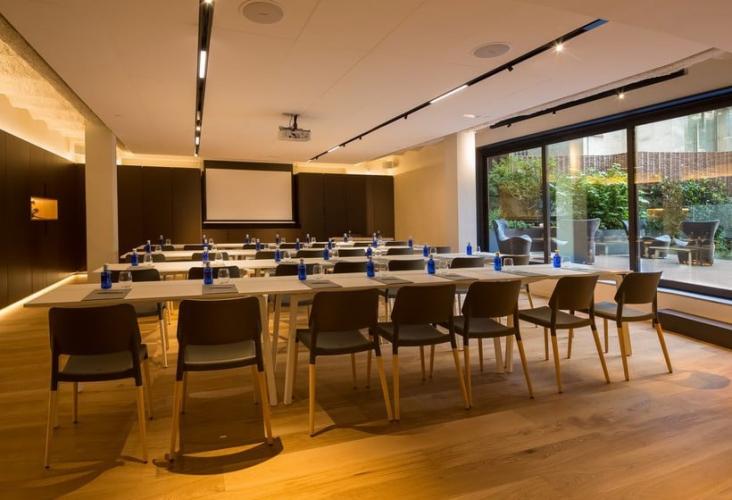 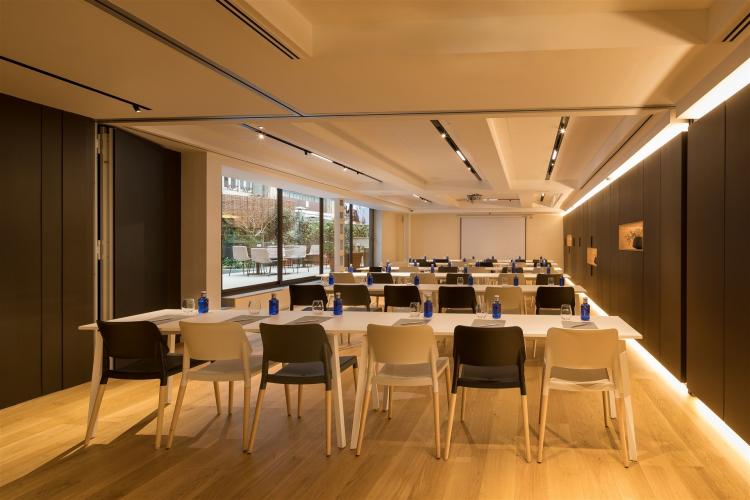 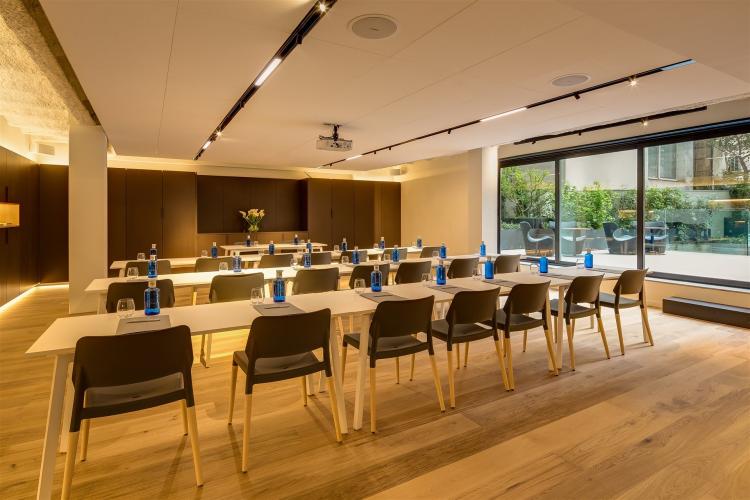 If we have to describe FAST Table in two words, those would be design and functionality, which are the same values that identify Ohla Eixample Hotel.