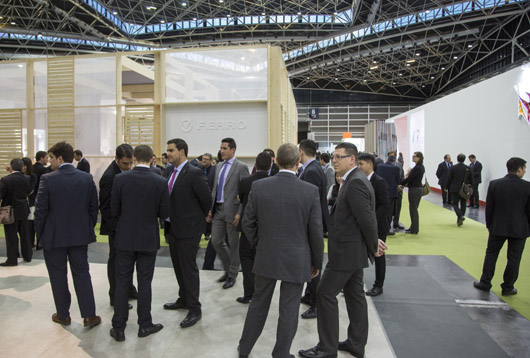 Exhibitors endorse the joint model of ‘See You in Valencia‘ to find synergies and common business. Cevisama, Feria Hábitat Valencia and Fimma-Maderalia have exceeded expectations with a high level of business, a strong international component and a prominent influx of buyers. Feelings among the exhibitors are very positive. 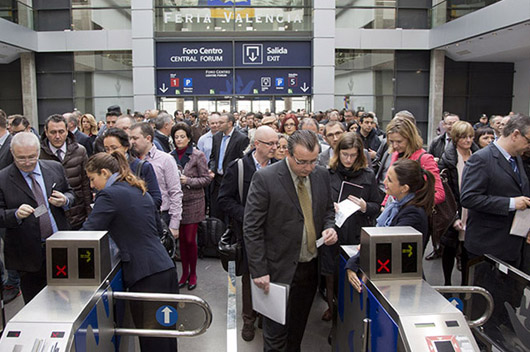 At the ceramics event, exhibitors argue that the influx of international professionals has been massive, far superior to previous editions, but some also stress that it is beginning to do business in the domestic market and are hopeful that this year marks the cycle change. “Cevisama has become to sell in the domestic market and that did not happen for years,” says commercial director of Vives, Juan Ramón Ruipérez. A feeling in the matching from Natucer, whose leaders emphasize that the domestic buyer “starts moving, starting to lose their fear.”

Another constant in the valuations that exhibitors make this year is the large number of prescribers linked to interior design and major projects that have visited Cevisama. In this regard, the commercial director of Vives confirms the remarkable influx of interior designers to his stand. In his view, “I am sure that the coincidence with the Habitat fair has been an influence, I do not know by how much, but I can say that in some cases we have been told explicitly that there were visitors from Habitat who also wanted to know our product.”

Similarly Aparicio pronounce: “We are pleased in general. We have had many foreigners, more influx of domestic buyers and many more interior designers than in previous years, which makes us think that the coincidence with Habitat has helped attract this profile,” says Victor Alfaro, head of marketing for the firm. 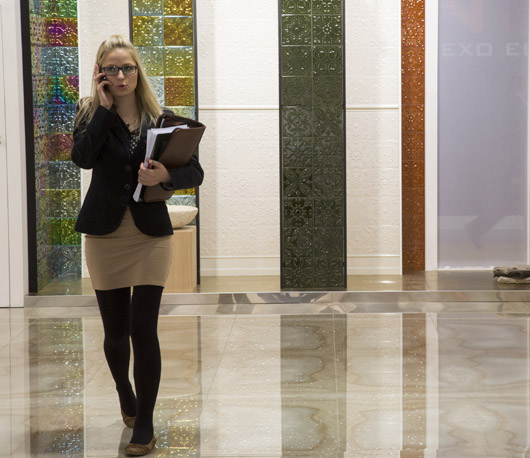 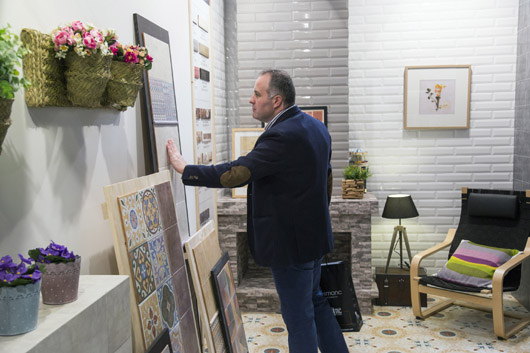 Meanwhile, Feria Habitat Valencia closes its 50th anniversary edition with optimism and confidence in the future. The configuration of the event as a selection of ‘premium’ brands strongly oriented towards internationalization and the ‘contract’ segment (comprehensive equipment for authorities) and the synergies generated with Cevisama and Fimma Maderalia have been the keys of a qualified edition by many exhibitors edition as the “best” of the latest editions. 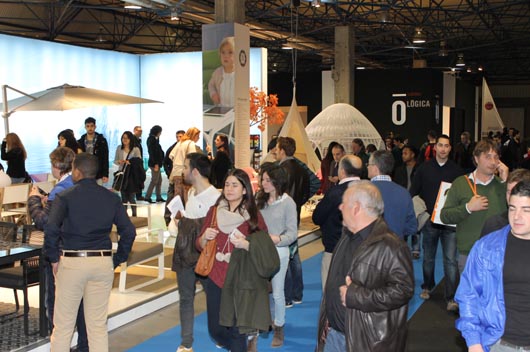 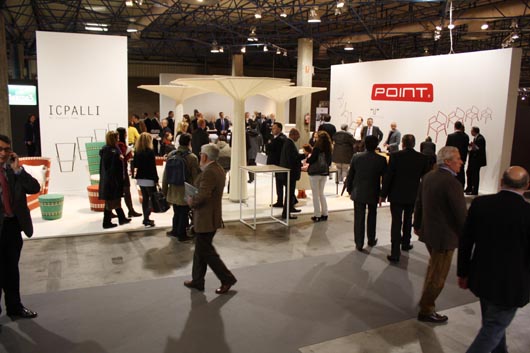 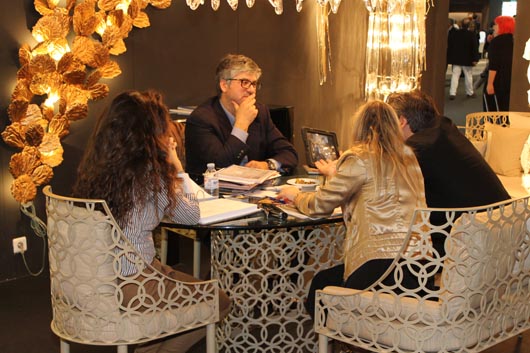 “Without a doubt, Habitat has shown a cyclical change,” says Emilio Revert, from the Contradictions high decoration firm. “The ‘premium’ bet of the exhibition is very successful as customers themselves admit. We have seen a steady shift of both Cevisama visitors towards Habitat and vice versa,” explains this businessman, who admits “buyers with so much purchasing power in North Africa, Russia and Latin America, especially.”

Meanwhile, from the Inclass cutting edge design firm, its ‘export manager’ Marta Alacreu recognized “the wisdom of the new orientation of Feria Habitat Valencia. We needed both exhibitors and the fair and the sector in general.” Alacreu highlighted “the great opportunities that are offered to a prescriber who initially came to see ceramics and found supply all furniture, lighting and textiles. Many architects have traveled to Valencia to prescribe to building materials but have also taken note to prescribe to interior elements. In only one trip they have virtually done all the project work, and that's very interesting.” 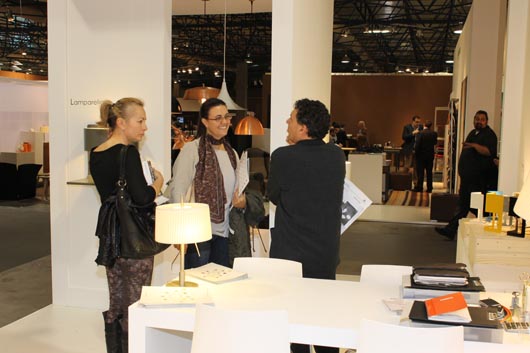 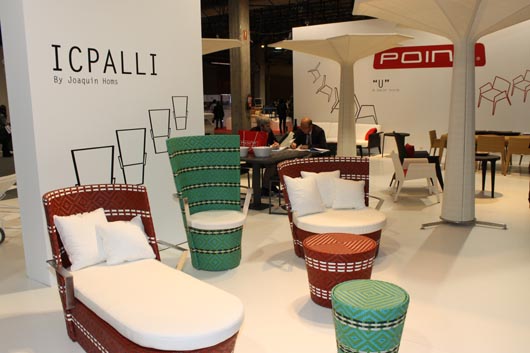 Meanwhile, the large influx of both domestic and international buyers has also been the largest value that exhibitors from both Fimma and Maderalia have referred to at the time to take stock of this 36th edition of the shows, specializing in the wood and furniture industry supply offer.

In general lines have referred to the new formula to hold Fimma-Maderalia, Cevisama and Habitat Valencia simultaneously as a bet for success by enabling sharing customers and making the advancing of all new trends available to all participants that present currently within each of the sectors represented at the exhibitions.

As Sara Gil, head of marketing for the firm Faus Group said, “historically we have always been present at Maderalia but in recent years we had stopped. And we had come without really knowing what we would find, and the truth is that they have far exceeded our expectations.” For her, “the most notorious is that we believe that the domestic market has regained confidence and so have many local professionals who have visited us these days.” As she explained, “stores have been very excited and betting heavily on the quality product.”

Meanwhile Francisco Luna, CEO of Biesse Ibérica has ensured that the most significant aspect of the current edition of Fimma has been the large number of international clients, mainly from North African and South American countries such as Peru, Ecuador and Brazil that they have come to stand for the company to get to know their offer. According to him, “we believe the key to success has been the parallel holding of Cevisama because this sample has great power to attract foreign buyers.” “And for us-he added-matching the supply of the four exhibitions is without a doubt the ideal system to save a current crisis situation.”

Both exhibitors of Fimma and Maderalia have talked business and closing orders during the course of the salons. 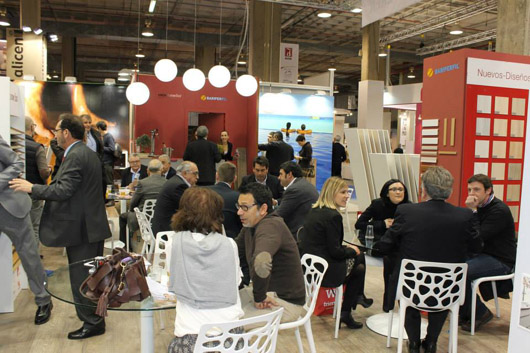 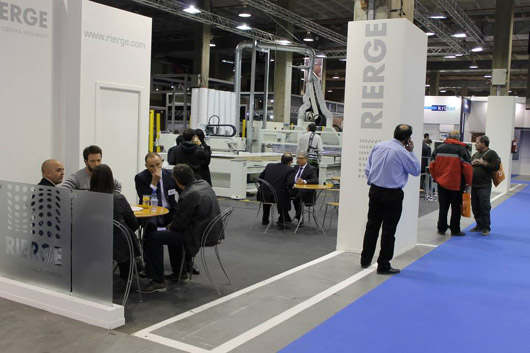 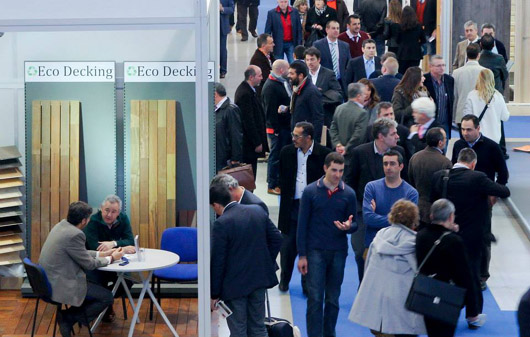 ‘See You in Valencia’ agenda and public success

Meanwhile, the intense week of design, architecture and interior design around ‘See You in Valencia 2014‘ has also been successfully held. Along with the celebration at Feria Valencia of the Cevisama, Feria Habitat Valencia, Fimma and Maderalia exhibitions, various spaces in the city spaces have hosted exhibitions these days with a common denominator: the large influx of visitors and design lovers.

Many of them will remain open for a few more days or even weeks to give more opportunity for the public to learn more about the design and its relationship to current society. This is the case for the ‘Xl / xs Designed by Architects’ sample which will be open in the Espai La Cambra of La Rambleta until the 12th of March. Similarly, the built in Valencia Design Week ‘From Valencia with Design’ exhibition will remain open at the Museum of Fine Arts Sant Pius V until the 25th of February. 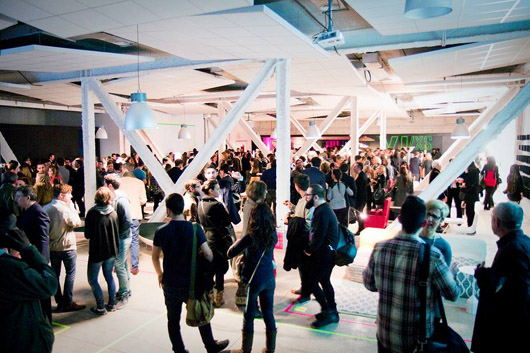 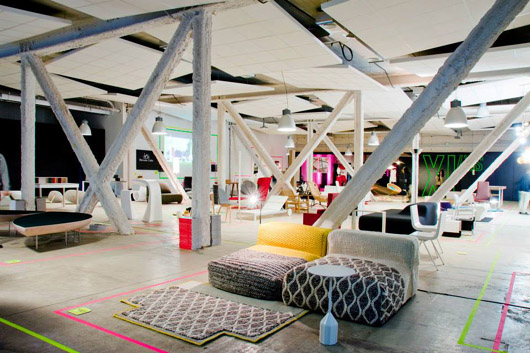 Another of the exhibitions that ‘will survive’ the week from the 11th to the 14th of February is the ‘Legs’ show, located in gallery 5 room Ignacio Pinazo at the IVAM, and it will still be open until next Monday. Finally, the ‘Come Casa’ initiative was the first to open on the 6th of February at Las Naves and will be the last to close on April 23rd. 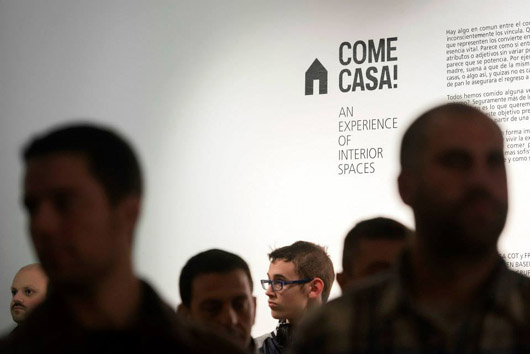