The new canteen of news magazine Der Spiegel, at the shortlist of the Restaurant & Bar Design Awards 2012 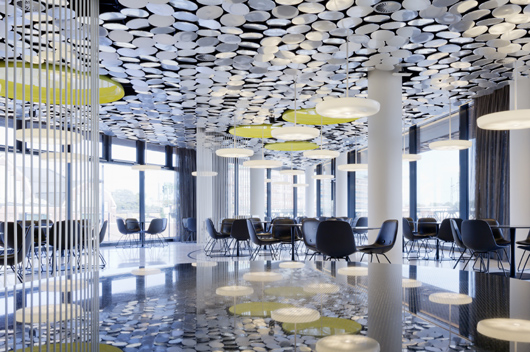 The recognized studio Ippolito Fleitz Group was commissioned to carried out the interior design project of the new employees’ canteen of the news magazine Der Spiegel in Hamburg. This project has given them to be at the shortlist of the Restaurant & Bar Design Awards 2012.

The SPIEGEL Group, whose stable includes Germany's most important news magazine Der SPIEGEL, moved into its new publishing house in Hamburg's HafenCity development. Ippolito Fleitz Group was commissioned to create a new, 520 sqm large employees’ canteen for the building. The legacy building's famous canteen was designed in 1969 by Verner Panton. This inheritance represented a particular challenge. 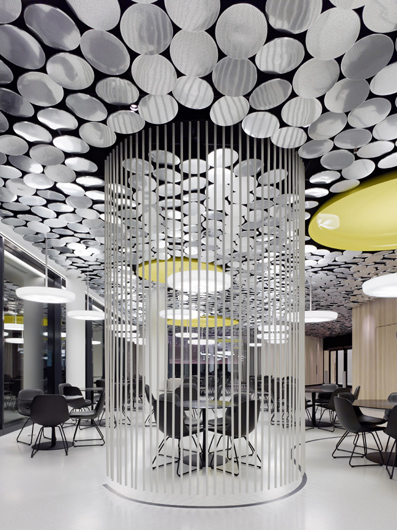 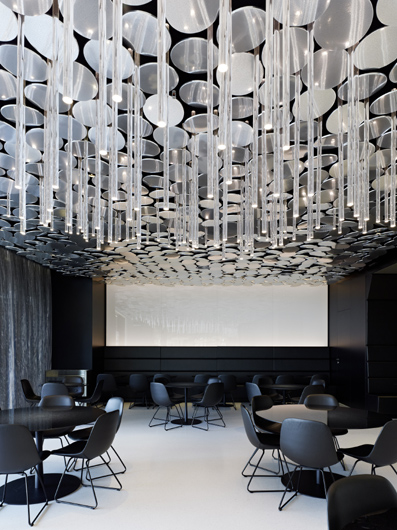 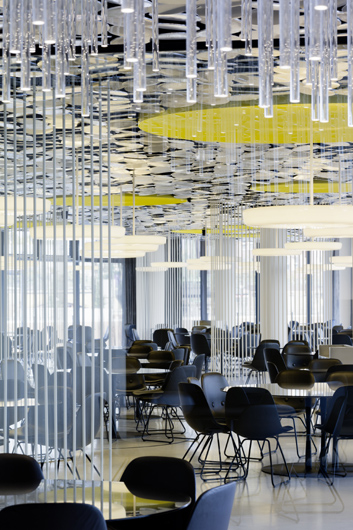 The employees’ canteen was and is a calling card of the SPIEGEL Group, reflecting its journalistic philosophy as much as its culture of dialogue. It is a space that meets all functional demands while creating a strong visual impact to form a truly distinguishing space. In so doing it supports the mature culture of communication within the company and in a grand gesture transmits these values to the outside world. 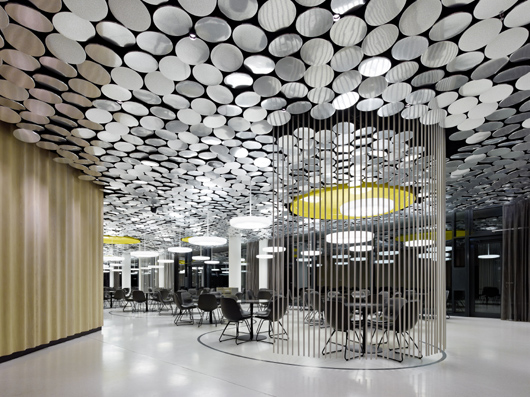 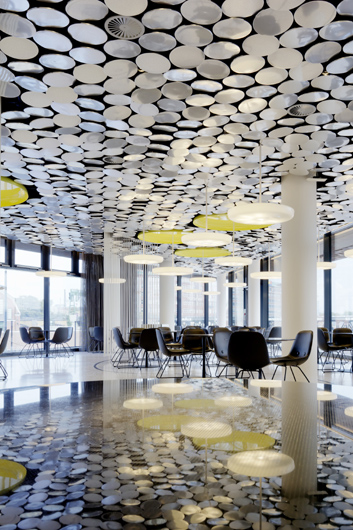 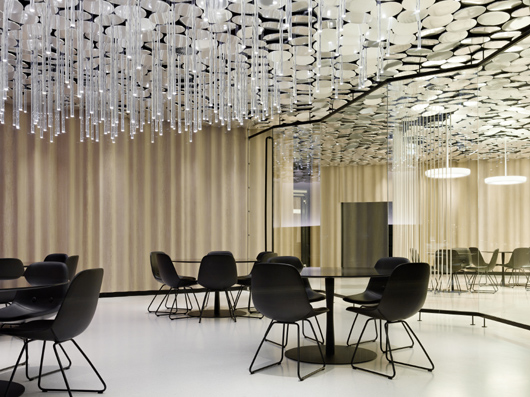 The ceiling design is the distinguishing moment of the space. It is formed of 4,230 circles made of micro-perforated aluminium. The tables are placed within the space in three large groups in loose arrangements and so provide an organic counterpoint to the polygonal floor plan. Through a zigzagging glass façade a separate area can be formed at one end for discrete events. 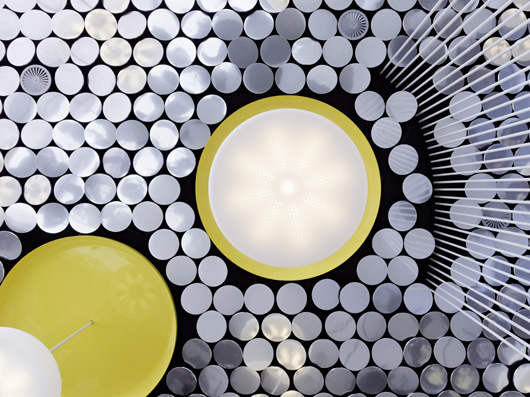 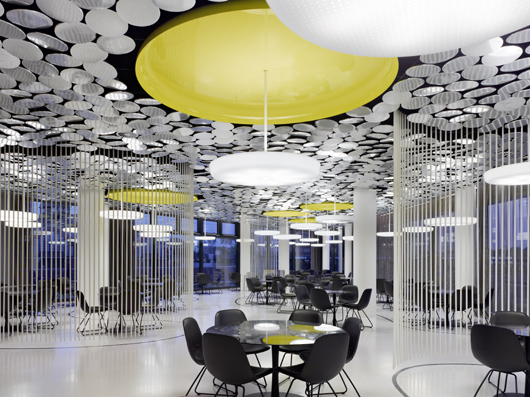 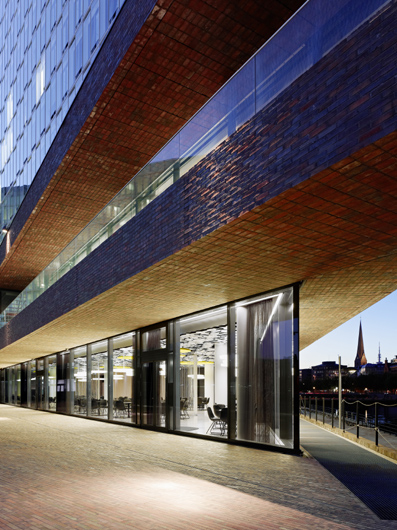