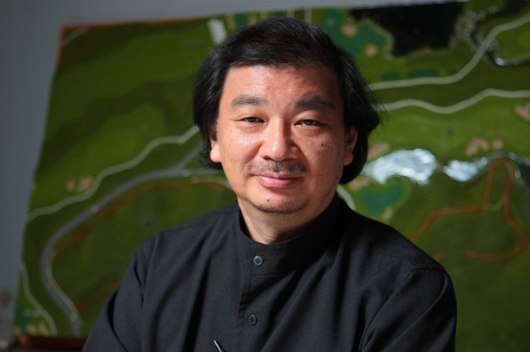 For twenty years Ban has traveled to sites of natural and man-made disasters around the world, to work with local citizens, volunteers and students, to design and construct simple, dignified, low-cost, recyclable shelters and community buildings for the disaster victims.

Reached at his Paris office, Shigeru Ban said, “Receiving this prize is a great honor, and with it, I must be careful. I must continue to listen to the people I work for, in my private residential commissions and in my disaster relief work. I see this prize as encouragement for me to keep doing what I am doing - not to change what I am doing, but to grow.“ 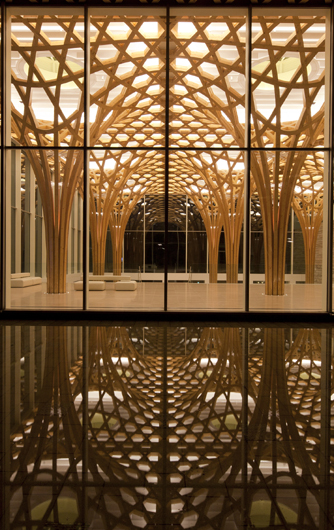 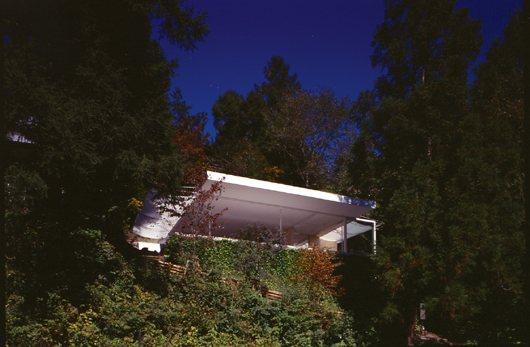 In all parts of his practice, Ban finds a wide variety of design solutions, often based around structure, materials, view, natural ventilation and light, and a drive to make comfortable places for the people who use them. From private residences and corporate headquarters, to museums, concert halls and other civic buildings, Ban is known for the originality, economy, and ingeniousness of his works, which do not rely on today's common high-tech solutions.

The Swiss media company Tamedia asked Ban to create pleasant spaces for their employees. He responded by designing a seven-story headquarters with the main structural system entirely in timber. The wooden beams interlock, requiring no metal joints. 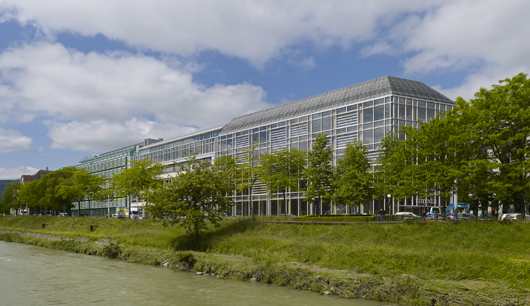 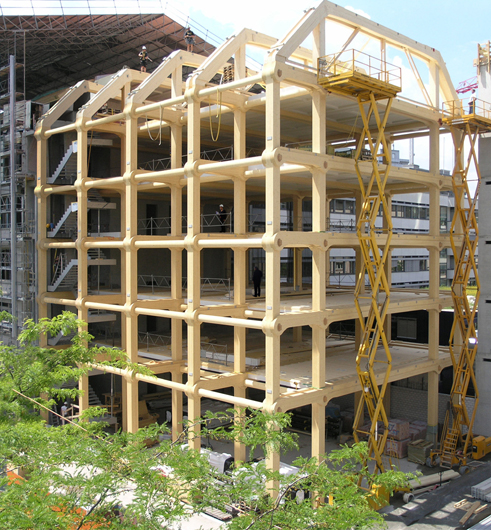 For the Centre Pompidou-Metz, in France, Ban designed an airy, undulating latticework of wooden strips to form the roof, which covers the complex museum program underneath and creates an open and accessible public plaza. 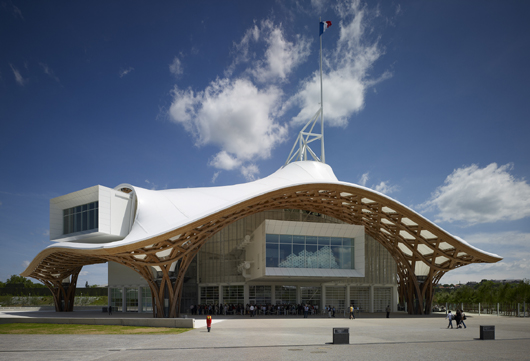 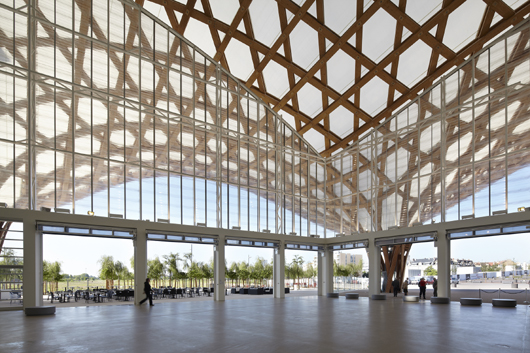 To construct his disaster relief shelters, Ban often employs recyclable cardboard paper tubes for columns, walls and beams, as they are locally available; inexpensive; easy to transport, mount and dismantle; and they can be water- and fire-proofed, and recycled. He says that his Japanese upbringing helps account for his wish to waste no materials.

As a boy, Shigeru Ban observed traditional Japanese carpenters working at his parents’ house and to him their tools, the construction, and the smells of wood were magic. He would save cast aside pieces of wood and build small models with them. He wanted to become a carpenter. But at age eleven, his teacher asked the class to design a simple house and Ban's was displayed in the school as the best. Since then, to be an architect was his dream.

Ban's humanitarian work began in response to the 1994 conflict in Rwanda, which threw millions of people into tragic living conditions. Ban proposed paper-tube shelters to the United Nations High Commissioner for Refugees and they hired him as a consultant. After the 1995 earthquake in Kobe, Japan, he again donated his time and talent. There, Ban developed the “Paper Log House,” for Vietnamese refugees in the area, with donated beer crates filled with sandbags for the foundation, he lined up the paper cardboard tubes vertically, to create the walls of the houses. 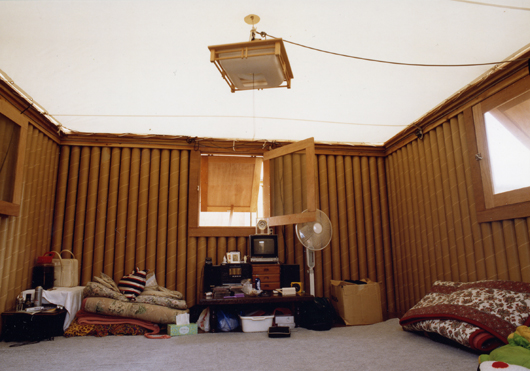 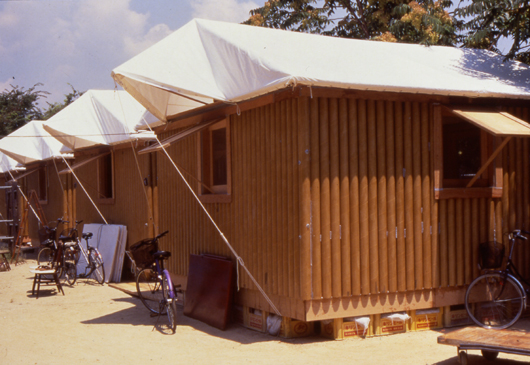 Ban also designed “Paper Church,” as a community center of paper tubes for the victims of Kobe. It was later disassembled and sent to Taiwan, and reconstructed there, in 2008. 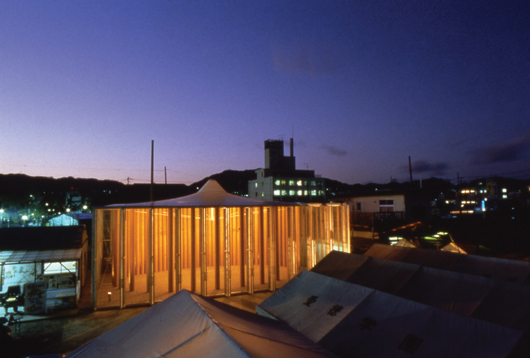 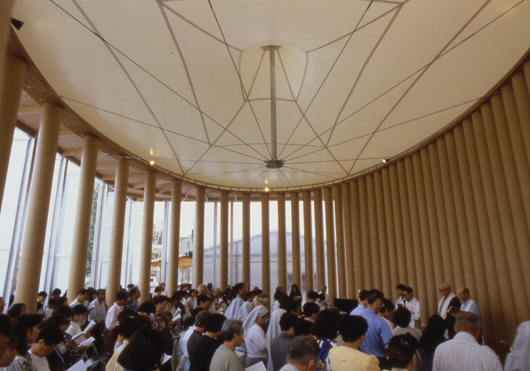 Ban works with local victims, students, and other volunteers to get these disaster relief projects built. In 1995, he founded a non-governmental organization (NGO) called VAN: Voluntary Architects’ Network. With VAN, following earthquakes, tsunami, hurricanes, and war, he has conducted this work in Japan, Turkey, India, Sri Lanka, China, Haiti, Italy, New Zealand, and currently, the Philippines.

Pritzker Prize jury chairman, The Lord Palumbo, said, “Shigeru Ban is a force of nature, which is entirely appropriate in the light of his voluntary work for the homeless and dispossessed in areas that have been devastated by natural disasters. But he also ticks the several boxes for qualification to the Architectural Pantheon — a profound knowledge of his subject with a particular emphasis on cuttingedge materials and technology; total curiosity and commitment; endless innovation; an infallible eye; an acute sensibility — to name but a few.” 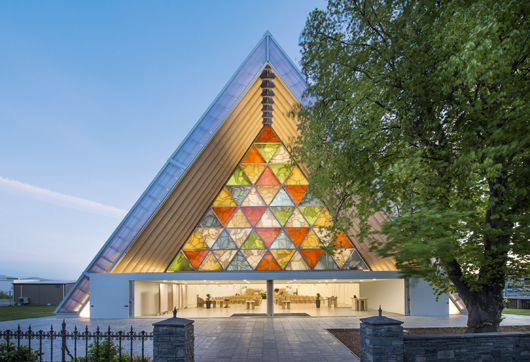 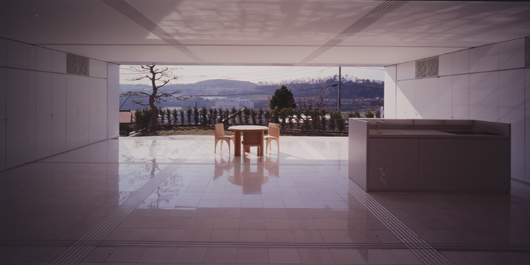 The citation from the Pritzker Prize jury underscores Ban's experimental approach to common materials such as paper tubes and shipping containers, his structural innovations, and creative use of unconventional materials such as bamboo, fabric, paper, and composites of recycled paper fiber and plastics.

The jury cites Naked House (2000) in Saitama, Japan, in which Ban clad the external walls in clear corrugated plastic and sections of white acrylic stretched internally across a timber frame. The layering of translucent panels evokes the glowing light of shoji screens. The client asked for no family member to be secluded, so the house consists of one unique large space, two-stories high, in which four personal rooms on casters can be moved about freely. 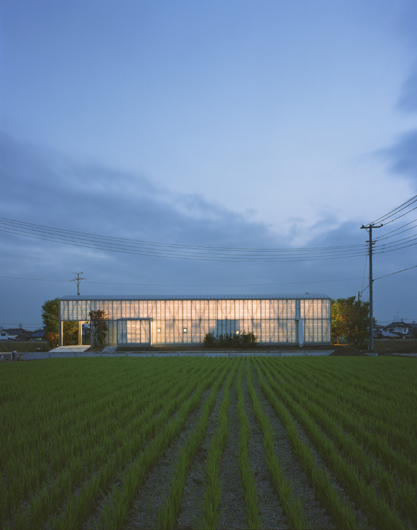 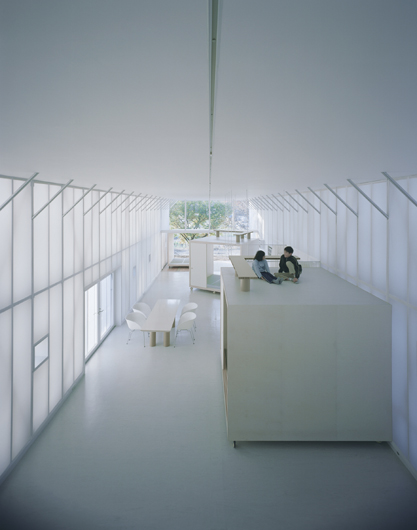 In Curtain Wall House (1995) in Tokyo, two-story-high white curtains along the perimeter of the house can be opened to let the outside flow in or closed to provide a cocoon-like setting. The 14-story Nicolas G. Hayek Center (2007) in Tokyo features tall glass shutters on the front and back facades that can be fully opened. 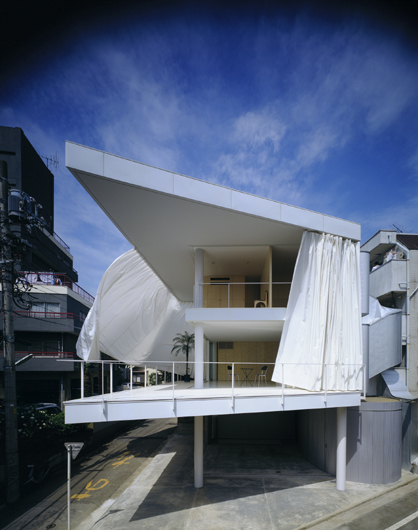 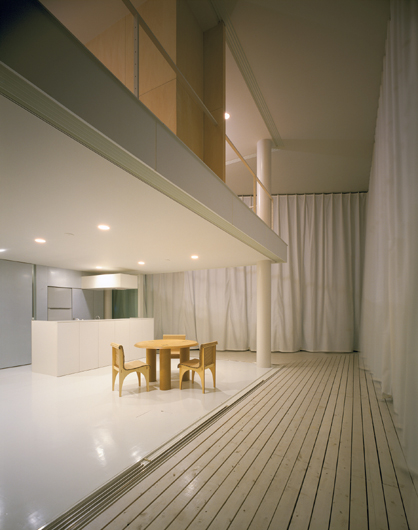 His architecture is often called “sustainable,” and environmentally friendly, but he says, “When I started working this way, almost thirty years ago, nobody was talking about the environment. But this way of working came naturally to me. I was always interested in low cost, local, reusable materials.”

Shigeru Ban served as a member of the Pritzker Architecture Prize jury from 2006 to 2009. He lectures and teaches at architecture schools around the world and is currently a professor at Kyoto University of Art and Design. 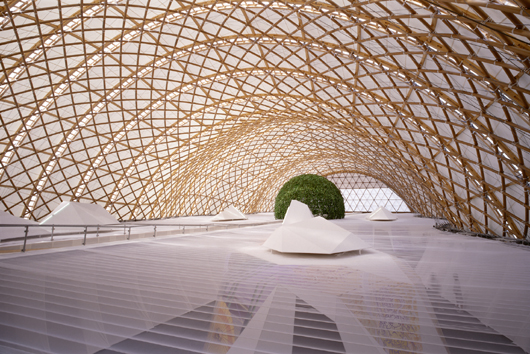 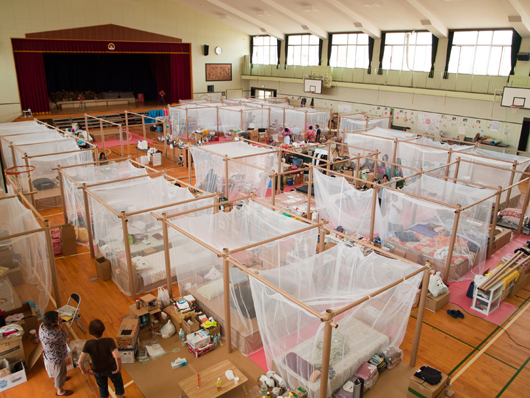 Shigeru Ban will be the seventh Japanese architect to become a Pritzker Laureate - the first six being the late Kenzo Tange in 1987, Fumihiko Maki in 1993, Tadao Ando in 1995, the team of Kazuyo Sejima and Ryue Nishizawa in 2010, and Toyo Ito in 2013.