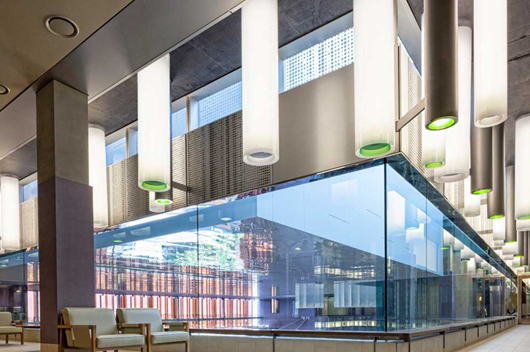 The new state-of-the-art research facility has been built to address infectious disease, cancer and diabetes, housing up to 900 researchers and support staff. KLIK Systems are proud to have designed 950 bespoke cylindrical luminaires known as ‘Light Sticks’ for the researchers to see by.

The $354 million building was designed by Wilson Architects and Donovan Hill-Architects in Association, and was opened at the end of 2012 by the Australian Governor-General. The building has won numerous awards including the top award for Building Services at the Engineers Australia (Queensland Division) Excellence Awards 2013. 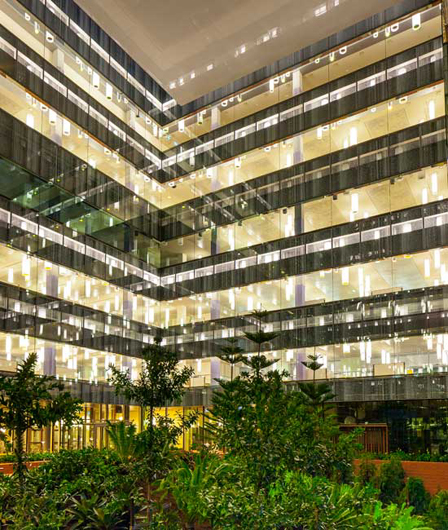 Circular and fluted shapes used in both 2D patterns and 3D forms became a primary lighting theme, echoing elements of medical research. The Light Sticks were arranged so that when viewing the luminaires from the outdoor spaces below, they were reminiscent of a Petri dish as viewed through a microscope.

The simple appearance of the Light Sticks belies detailed engineering, which meets the demands of the brief in every respect. KLIK Systems designed a self-leveling, vertical luminaire that provides 360° ambient, task and reflected indirect illumination whilst offering tool free lamp maintenance. 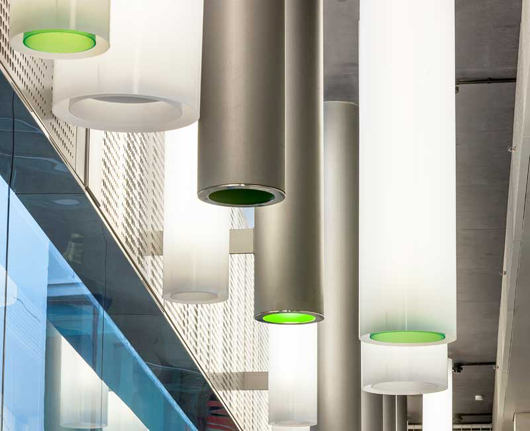 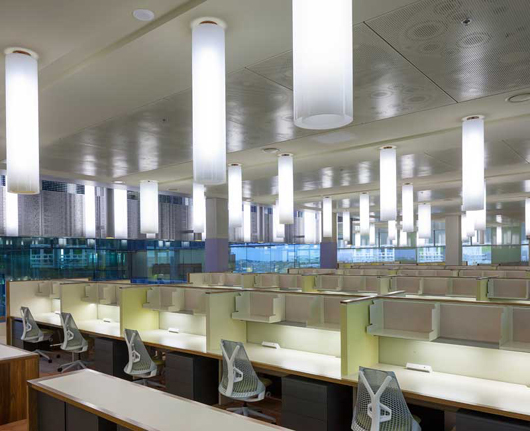 In late October 2013, the bespoke Light Sticks by KLIK Systems won the Commendation Award from the Illuminating Engineering Society of Australia Queensland Chapter. Aurecon won the Award of Excellence for overall Lighting Design of the TRI building. According to the IES, the judges’ comments included:

“The custom made lighting effectively brings this working environment to a creative environment that is free from glare and the conformity of conventional lighting systems. The Vertical Light Sticks provide a pleasing unobtrusiveness to a large open space to break up the tasks of Lab lighting. The cylindrical lighting themes coincide with each other throughout the building creating a synchronised harmony.” 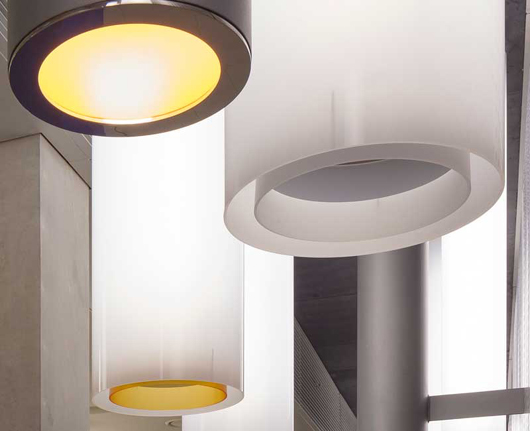