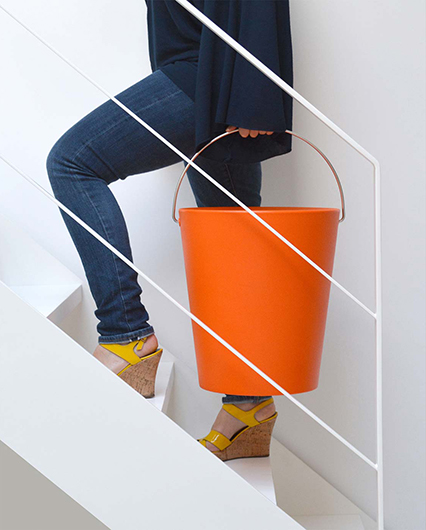 This year, 10 years from its first production launch, the Moving Stool 2014 marks an important time in the life of Moving Stool since Gabriele Pezzini, after obtaining the manufacturing rights from Maxdesign, has decided to produce the stool he designed himself in 2004, and to market it through a dedicated mono product website www.movingstool.com. 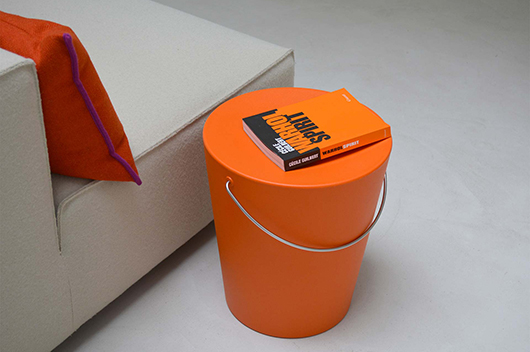 Moving Stool is one of the products which most effectively sums up Gabriele Pezzini's design approach and philosophy based on an authentic interaction between the design project and meta-design thinking.

Pezzini has taken advantage of the new manufacturing plants to modify some formal and functional aspects of the product, which have resulted in improved stability - thanks to a slight increase in the width of the base -, weight optimization (2.3 kg) and better product quality in general. The present version of Moving Stool, which continues to be produced in recyclable polyethylene, has a new handle in stainless steel as before but redesigned for greater safety and presented in a special polished finish that is more suitable for domestic and outdoor usages. 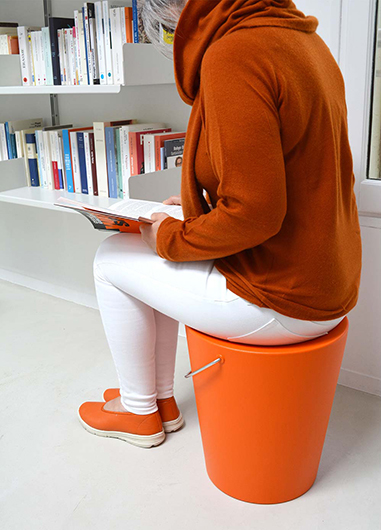 Moving Stool is available in four new colours studied specially to coordinate with different furnishing styles: tulip orange, moss green, cloud white and sea blue. The stool is easy to clean and may also be used as an element of outdoor furnishing: on terraces or in the garden as well as in workspaces and community contexts.

The Moving Stool derives from a series of meta-design thinking studies implemented in 2001, which have enabled Gabriele Pezzini to explore in depth the perceptive and emotional bond with objects. An archetypal chair, the stool is a type of product whose form is conditioned by the size of its seat. Its reduced height conditions the posture of its user (a high knee position will throw the torso off- balance and will force the feet backwards). The trunk-shaped cone is a natural consequence of such considerations. Finally, a stool is bound to be a nomadic object because of its formal and dimensional nature. Very often, however, its mobile nature fails to be considered. Gabriele Pezzini, however, decided to focus on this fundamental aspect, while working on the concept of grip ability, destined to become its parallel primary function, one which must be immediately recognizable and functionallyeffective. For this same reason, the handle was not designed but merely borrowed from the archetypal image of a bucket handle. 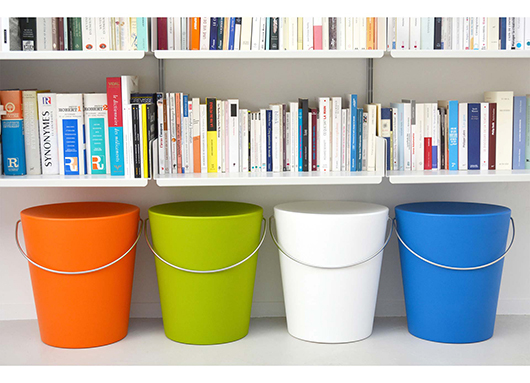 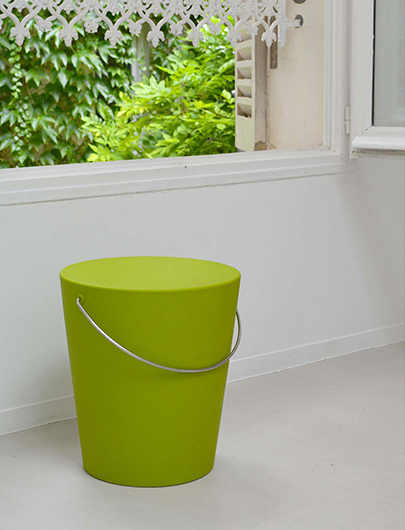 Featured in the book “Modern Furniture design: 150 years of Design” published by Ulmann Publisher, the Moving Stool is part of the permanent collection of MUDAC, Design Museum of Lausanne in Switzerland, and was one of the products selected in Paris in 2010 for the manifesto exhibition CHE FARE, put on by Enzo Mari and Gabriele Pezzini. It was also included in a selection of objects for the travelling exhibition “The new Italian Design”, a concept by the Milan Triennale curated by Andrea Branzi. 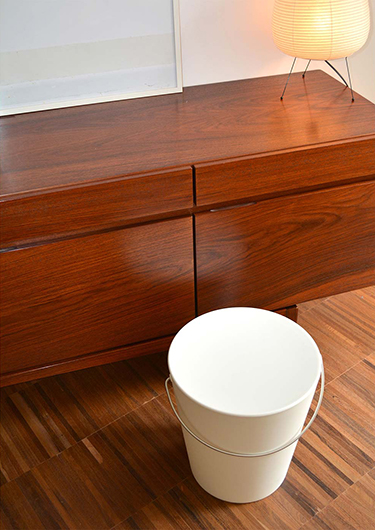 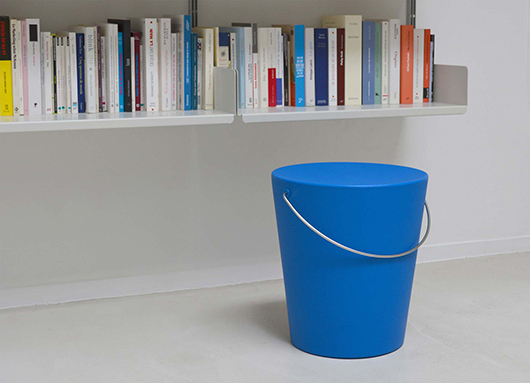