Charlotte Biltgen, a rising star in the French decoration world, gives a face lift to the Klay Club, the famous Parisian sports club, entirely renovating the splendid covered terrace and the restaurant now called “Sinople”. India Madhavi's former artistic director, tackles this bespoke interior design project for her first independent endeavour, where marble, brass and crushed velvet are the elements required for luxury without any hint of ostentation. 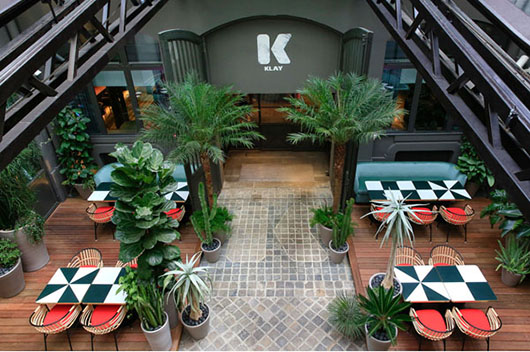 The result: a graceful balance between Parisian chic and tropical sweetness. The industrial building designed for exertion housing the Klay Club is suddenly enriched by a restaurant in the form of a well-earned rest with a feminine touch, a welcome oasis.

The restaurant area is designed like a hotel lobby with its tailor-made stools, armchairs, tables and sofas. “It really is a lively place with people coming and going. Of course you can eat there, but you can also arrange to meet there, drink a coffee with the paper in the morning and a cocktail in the evening, I wanted the reality of it to be closer to a hotel lobby than a restaurant requiring booking” sums up Charlotte Bilgen.

A grand style lobby, lined with marble with a walnut bar trimmed with brass and custom designed ceiling light. The elegance that is typically French, minimal, pure and sleek luxury without any excessive decor, single-handedly succeeds in providing an upscale ambiance thanks to the perfect choice of materials. 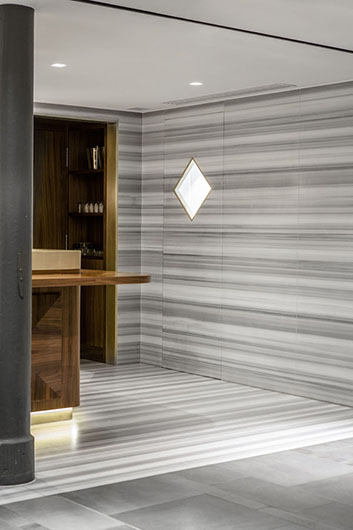 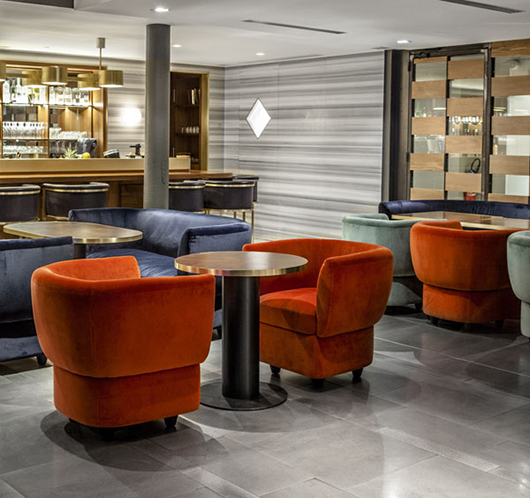 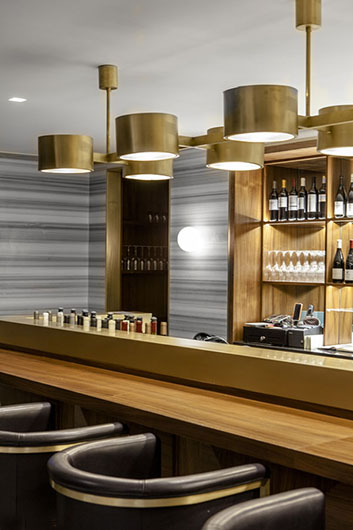 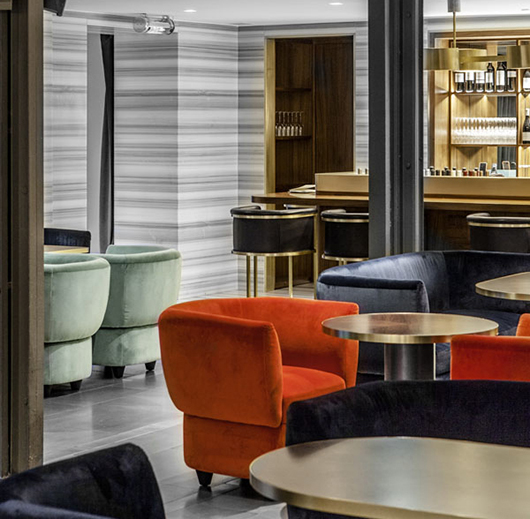 The outside covered terrace turns into a winter garden with a gentle tropical breeze. The graphic Formica marquetry on the tables contrasts with the raffia and metal seats by the Italian manufacturer Casamania. We are somewhere in South America in the 50s, Esquivel the Mexican composer of Hollywood music throws a party at the drop of a hat, it is almost time for an aperitif, the guests are about to arrive ... Back to 2014, Charlotte Biltgen has slipped a bright and luxurious plant environment into an Eiffel style building in the centre of Paris, the true capital of style and living well, with all due respect. 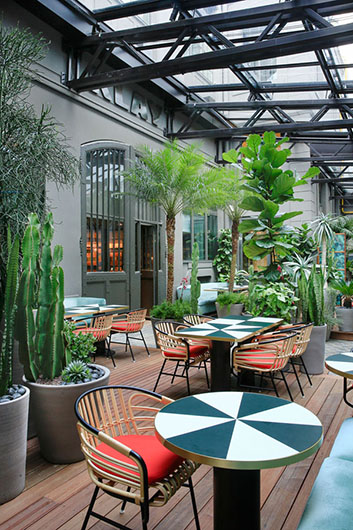 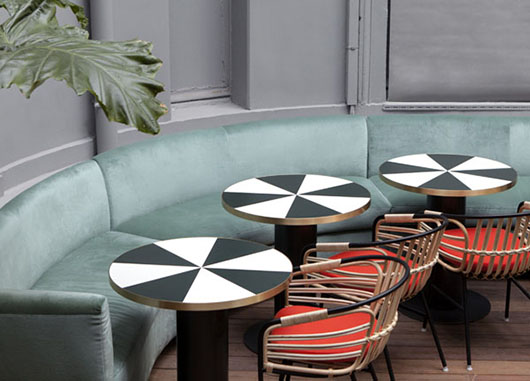 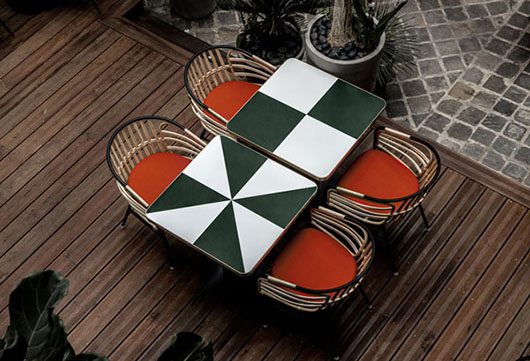 Charlotte Biltgen, interior designer as well as simply designer, collaborated with Sylvain Dubuisson after leaving Camondo School in 1998 before joining India Madhavi's agency, where she became artistic director in 2009. Firmly embracing the pure tradition of great French interior designers, Charlotte Biltgen designs for each setting, creating an individual decor for each bespoke project without repeating a signature look. Today a feminine and tropical terrace to enhance the industrial building accommodating the Klay Club, tomorrow a nest of raw timber and raku for Jean-François Piège's new venue, the next day a 400m2 apartment n the 7th arrondissement in Paris, Charlotte Biltgen manipulates the codes of contemporary luxury wonderfully to her own devices. With decor and detail hand in hand, she designs seats and accessories mentally envisaging an atmosphere that is still in the throes of being created, with a slightly obsession for good materials and the perfect finish. She epitomises the paradox of a new name, still unknown by the general public, but with the impressive CV of very ambitious projects and clients behind her. 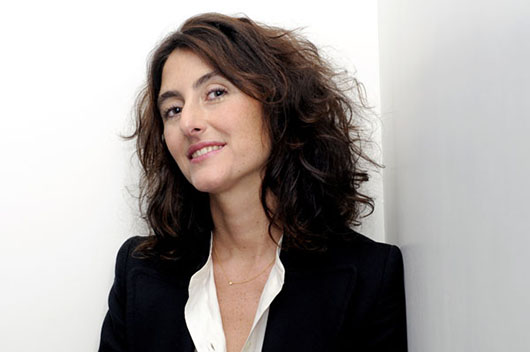