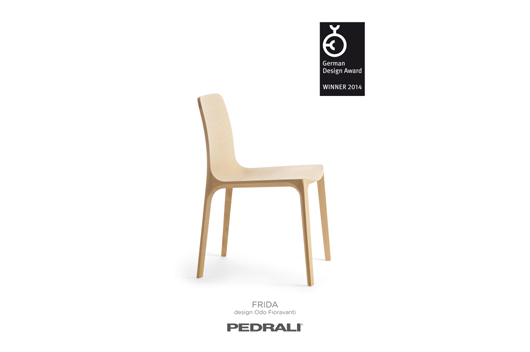 Pedrali, one of Italy's pioneering furniture manufacturers in terms of technology and design, has received the German Design Award 2014 for their FRIDA chair in the Home Interior category. The design by Odo Fioravanti convinced the jury of independent experts among 99 further winners and won out against more than 1.900 nominations in the internationally recognised competition hosted by the German Design Council.

After the concept had already been awarded the well-known Compasso d’Oro ADI in 2011, this award is further proof of Pedrali's expertise when it comes to developing high-quality furniture that is renowned for clear design language, high comfort, and longevity and that is produced solely in Italy.

As evidence of the efforts made in the “wood project”, Pedrali has obtained in 2013 the FSC™C114358 Chain of Custody certification, which guarantees the origin of the raw material from forests managed correctly and with responsibility, according to strict environmental, social and economic standards.

“The chair combines our aesthetic and technological demands, it demonstrates a love for detail and excels through its simplicity” affirms the designer Odo Fioravanti. 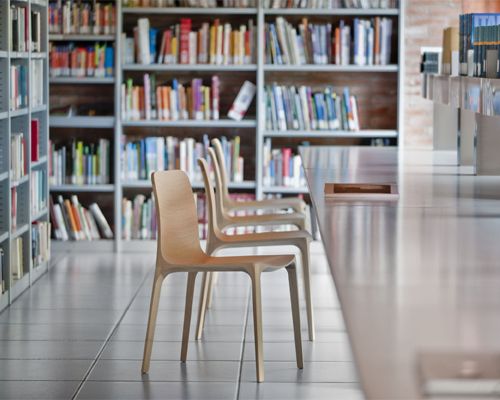 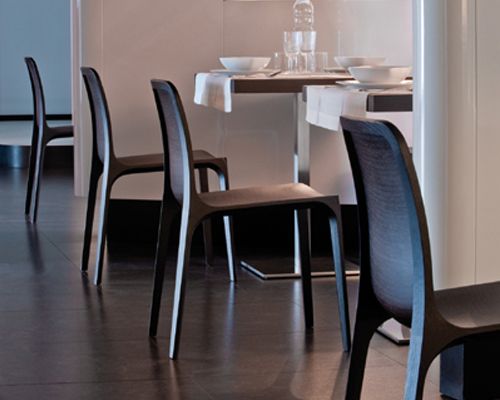 The model embodies the company's internal research and development work for the application of technologically advanced materials. FRIDA is regarded as a reference for wood production: the solid wood frame is connected with a thin three-dimensional curved plywood shell that conveys an exceptionally light as well as dynamic impression.

Numerous projects were fitted with the FRIDA chair, among them the Autogrill Villoresi Est service station, which opened in the highway of Milan in January 2013 and was built and equipped in a particularly sustainable manner. The chair can also be seen side by side with modern classics in Die Neue Sammlung of the Pinakothek der Moderne in Munich.

Visit the Pedrali sheet at Infurma