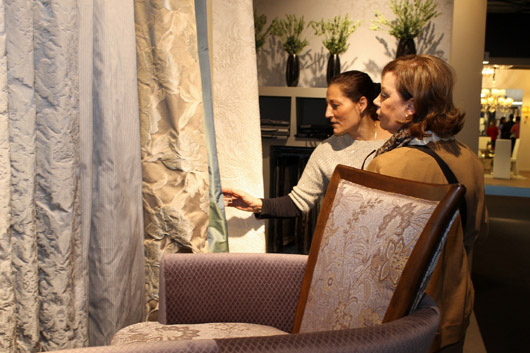 Professionals from the hábitat commerce that are looking for a product with added value as well as architects and decorators are already profiles of profesional visitors at Feria Habitat Valencia, according to the study prepared in the latest edition of the fair of furniture, decoration, lighting, kitchen, office and home textiles, which was held last February at Feria Valencia. 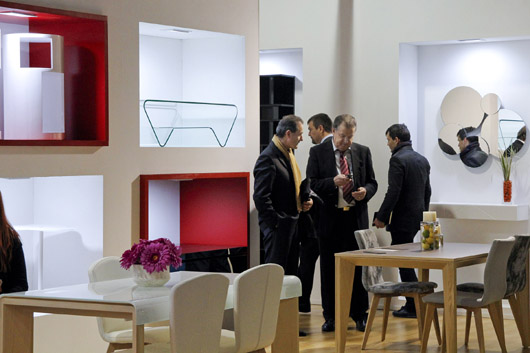 The survey has been developed among 66,573 national and international professionals who visited Habitat and strengthens synergies with Cevisama and Fimma Maderalia.

Domestic buyers are still the majority at Habitat and almost half of them are professionals with retail stores and retail architects / decorators with 24.49 and 23.64% of the national total respectively. The third national visitor profile is situated at a considerable distance and corresponds to commercial agents while the rest of the Spanish professionals are generally furniture distributors, wholesalers / importers, developer / builder and purchasing groups.

As for the styles that arouse interest among Spanish hábitat professionals, these considerable commitments to the most current and trendy product in the contemporary field. Therefore, the first three sectors that have arisen the most attention were the design, modern furniture and cutting edge lighting, which are ahead of segments such as classic furniture, outdoor furniture or upholstery.

The fair has also analyzed the origin and interests of international visitors. Therefore, the total own visitors, 10.4% were international professionals from 94 countries, Russia being the main country of origin thereof, followed by, in order, Morocco, Italy, Portugal, France, Algeria, UK, Egypt, Ukraine, Germany, Iran and Israel. Also, international buyers that attended the last edition of Habitat also highlight the professionals from markets such as India, Saudi Arabia, UAE, Qatar and Switzerland, countries that make up the main destinations for Spanish exports of furniture and equipment for habitat.

In general, the profile of international visitors at Feria Habitat Valencia is more diverse, notes the report. Thus, foreign buyers who attended the last edition of Habitat are mostly in this order, specialty retail stores, importers, distributors in general and architects / designers.

In addition, with respect to the sectors that have aroused interest among these international professionals of Habitat emphasizes positioning of high style decor and classic furniture. This sector ranks second in this ranking only just behind Habitat design, as happens among experts, is the favorite style of buyers at Feria Habitat Valencia. 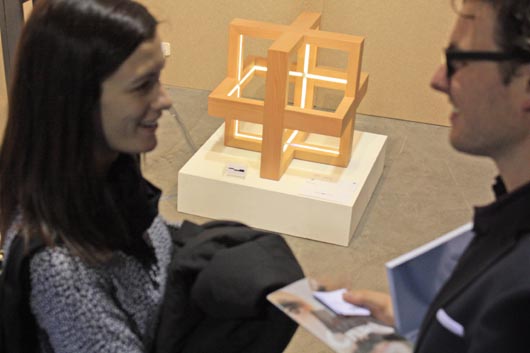 The results support the strategy of ‘See You in Valencia’

The survey also addressed the synergies arising with the joint celebration last February from Cevisama, Feria Habitat Valencia and Fimma Maderalia and analyzes, in this case, the results obtained. For Feria Habitat Valencia, the strategy has worked. The event received 24,712 visitors registered as their own, but also scored 33,076 professional visits and previously enrolled in Cevisama and Fimma Maderalia had 8,785 registered professionals.

All this adds up to 66,573 professionals that together visited the last edition of Feria Habitat Valencia and the percentage translated, means that the contest has won the joint celebration with 169% more visitors, 79% from Cevisama and 21% from Fimma Maderalia.

Both fairs mainly contributed to Habitat with a architect and decorator profile, according to data from the report. Thus, 80.14% of prescribers enrolled in Cevisama also went to Habitat, a percentage stands at 70.62% for architects - decorators from Fimma - Maderalia. The ceramic event, which Habitat will share the stage in 2015, also contributed significantly (64.63%) a visitor profile very interesting for Feria Habitat Valencia such as promoters, builders.

The 2014 consolidated data, thus the Feria Habitat Valencia bet to conform a ‘premium’ showcase of brands both national and international, with a strong innovation-oriented component to internationalization, contract and high-end domestic market. With these assumptions, the event is already preparing its next edition, to be held from the 9th to the 13th of February next year, again with Cevisama and under the format of See You in Valencia. 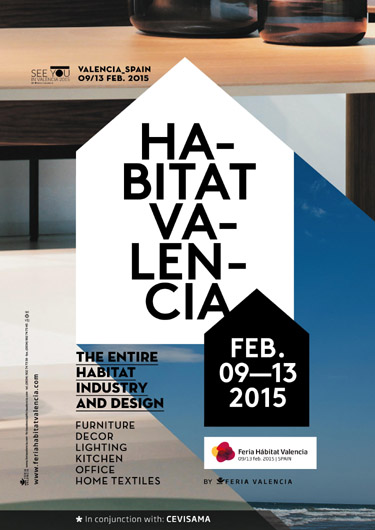 Continuing with its promotional strategy and already ahead of the event next year, Feria Habitat Valencia has unveiled its new image campaign. With respect to continuity vocation of the image from the last edition, the trend component, design and innovation and the presence of materials such as wood is reinforced. Moreover, the image campaign of Habitat 2015 features a nod to the Mediterranean essence of Valencia, the city hosting the event, and assuming the light, the beach and sea as hallmarks.

Information and images by courtesy of Feria Habitat Valencia