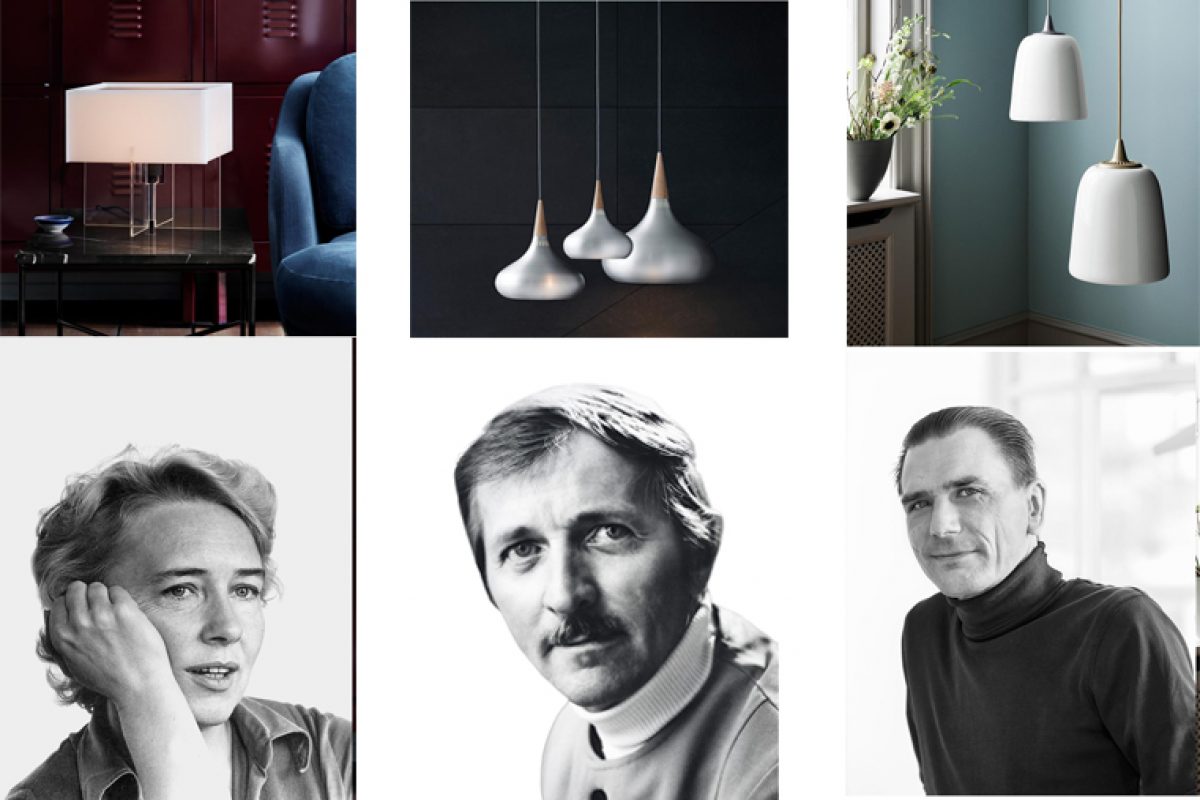 Lightyears presents 3 new collections, two of which are re-editions of 2 Danish design classics, Cross-plex, designed by Bodil Kjaer in 1961 and Orient Alu, designed by Jo Hammerborg in 1963 and the third collection is Dogu, designed in 2018 by Michael Geertsen. That's the new launched by the Danish company since joining the Republic of Fritz Hansen group. 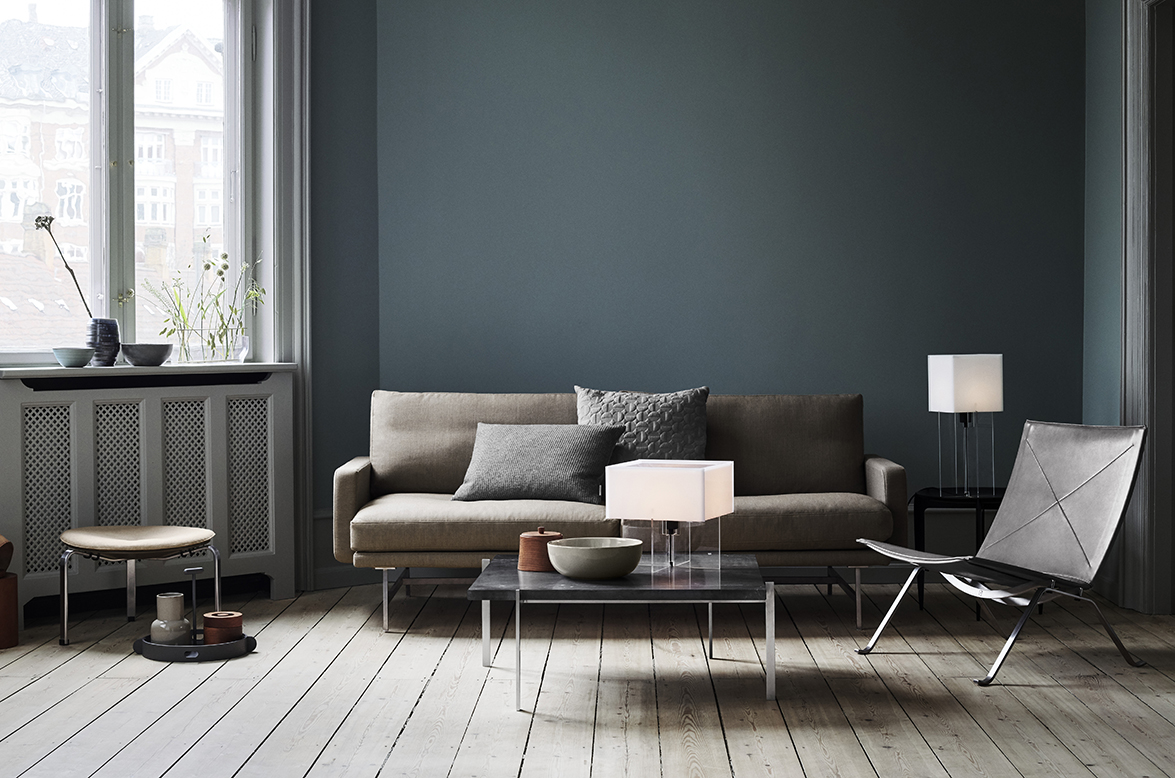 Republic of Fritz Hansen™ and Lightyears™ proudly welcome the internationally oriented Danish architect, designer and professor Bodil Kjaer to their design family, with the re-introduction of the Cross-Plex™ lamp from 1961. This new design collaboration is part of a series of new initiatives from Fritz Hansen to continue the design company's proud traditions of exquisite craftsmanship, quality and timeless design by producing pieces which both compliment and add a new dimension to the Nordic design realm of Fritz Hansen.

The Cross-Plex™ lamp reflects Bodil Kjaer's philosophy of not merely designing but creating solutions and solving problems. The lamp was conceived after Kjaer burnt some newspapers on lit candles at her home; The solution was to design a lamp that could substitute the use of candles whilst bringing the same kind of ‘Hygge’ (warmth in Danish) to the room.

The Cross-Plex™ lamp is a true example of Bodil Kjaer's functionalistic approach to design with its clean-cut and straight lines. The base in clear acrylic glass is shaped like a cross and constructed as a puzzle, leaving the exact amount of space needed for the cord to ascend in the centre where it perfectly meets the socket. The cubic shade is formed from opal acrylic glass and when seen in profile, the table lamp almost looks like a miniature building with the opal shade representing an illuminated roof - touching upon aesthetics of big-city nightlife and international hotel interiors.

Design Manager at Lightyears, Dorthe Helm, is very excited about including the Cross-Plex lamp in the collection. “Cross-Plex is as relevant today as it was almost 60 years ago, adding a new design language to the Lightyears collection. The design and the idea behind it, look so simple, almost obvious, and yet I have never seen anything like it. The honesty and functionality in the piece makes it a classic and timeless lamp which will fit beautifully into every modern home. I believe Cross Plex complements our highly praised Nordic lighting tradition by adding a more international style.” Dorthe Helm continues, “It is quite unique to relaunch the Cross-Plex lamp in close cooperation with Bodil Kjaer, and a privilege to learn from her stories, from a fascinating life and career which was rare for a woman from her generation”. 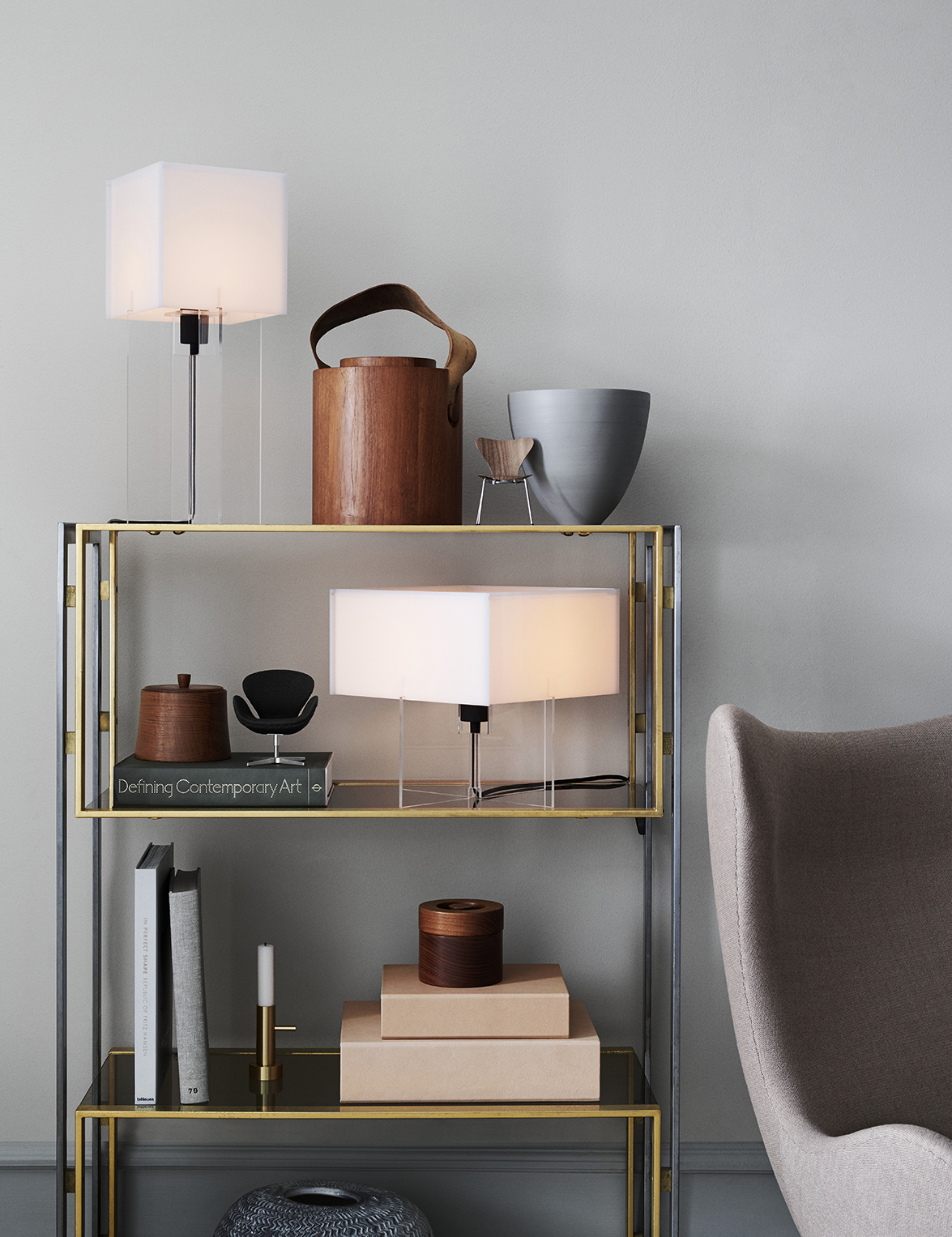 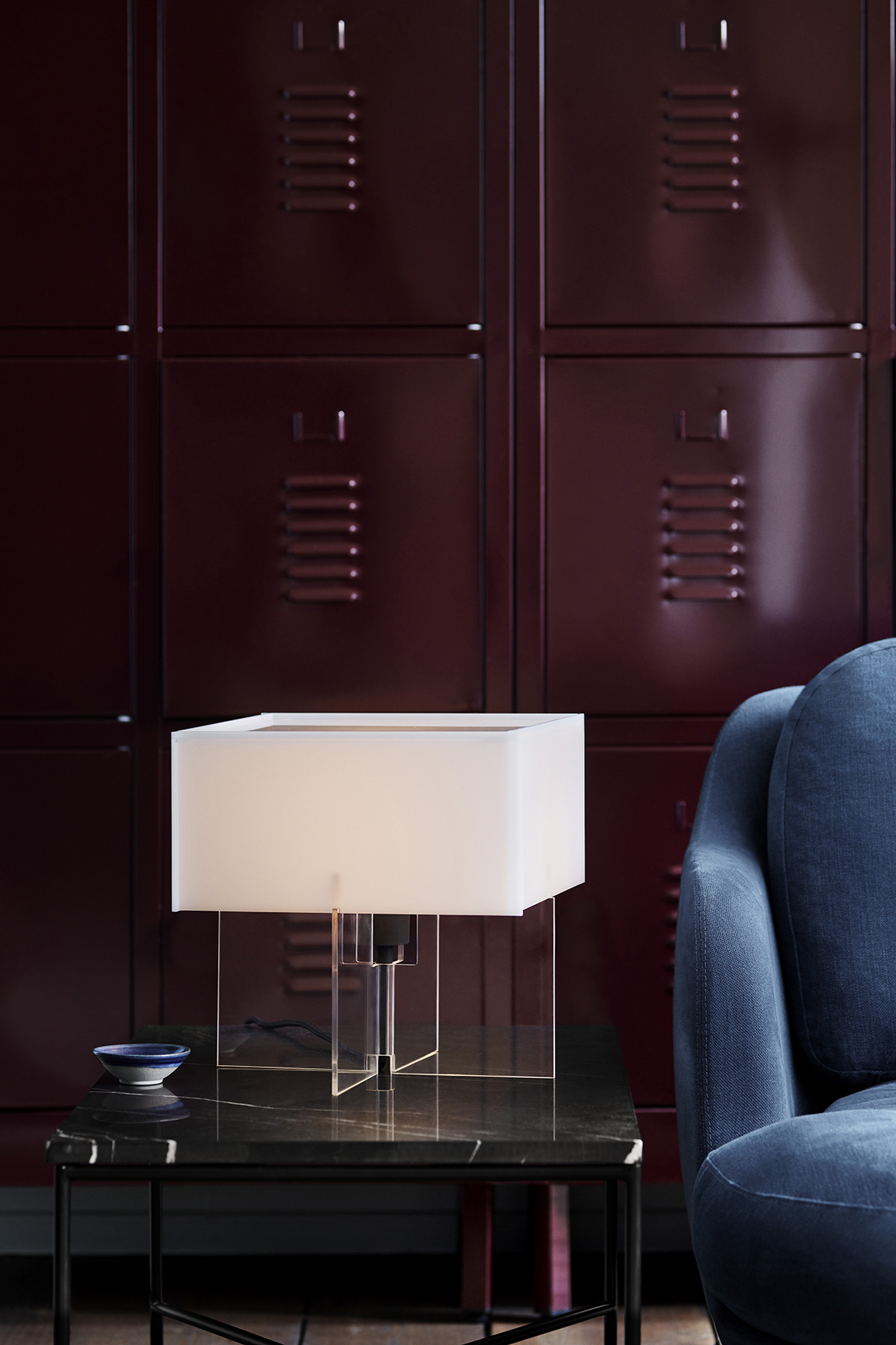 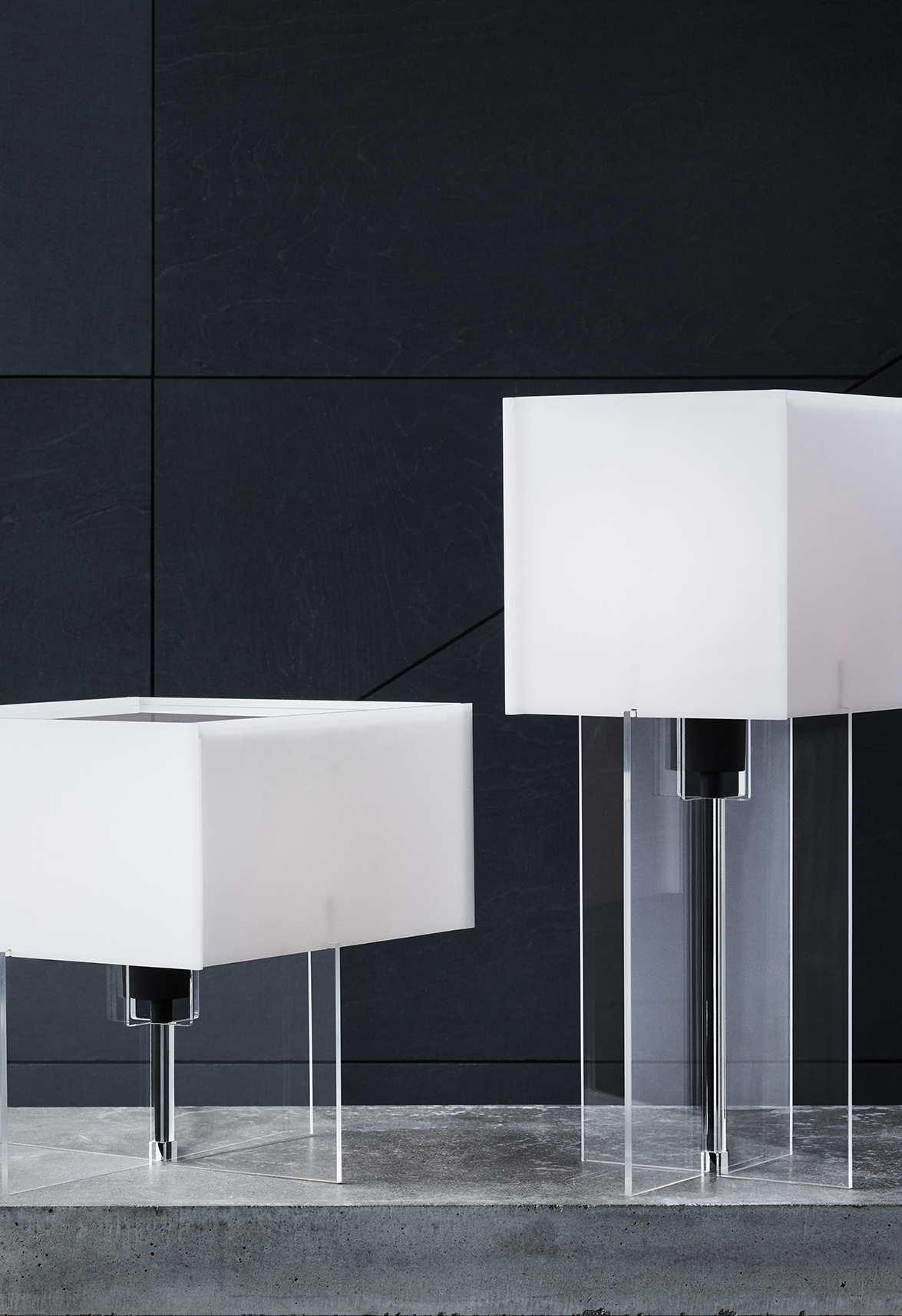 The characteristic Orient™ pendant in brushed aluminium is an elegant addition to the existing series of warm and dark colours, also paying tribute to the original collection which included a black, copper and silver coloured version. The silver-coloured aluminium Orient has a personality of its own, reflecting both Nordic design and the exotic at the same time. Re-launched by Lightyears in 2013 and originally designed by Jo Hammerborg in 1963, the Orient is named after its beautiful, oriental shape. A suspension in Scandinavian oak combined with a grey blue textile cord, truly underlines the Nordic appearance and the cool, brushed aluminium makes the entire design appear light and almost to levitate.

The Orient pendant is a flawless light design with great luminous efficacy and made from the finest quality materials. The fitting elegantly conceals the low energy light source and ensures a soft, pleasant light without any glare. The Orient lamp shade is hand-spun in a wooden mould, a feature that underlines the original, organic shape and true craftsmanship of this pendant. 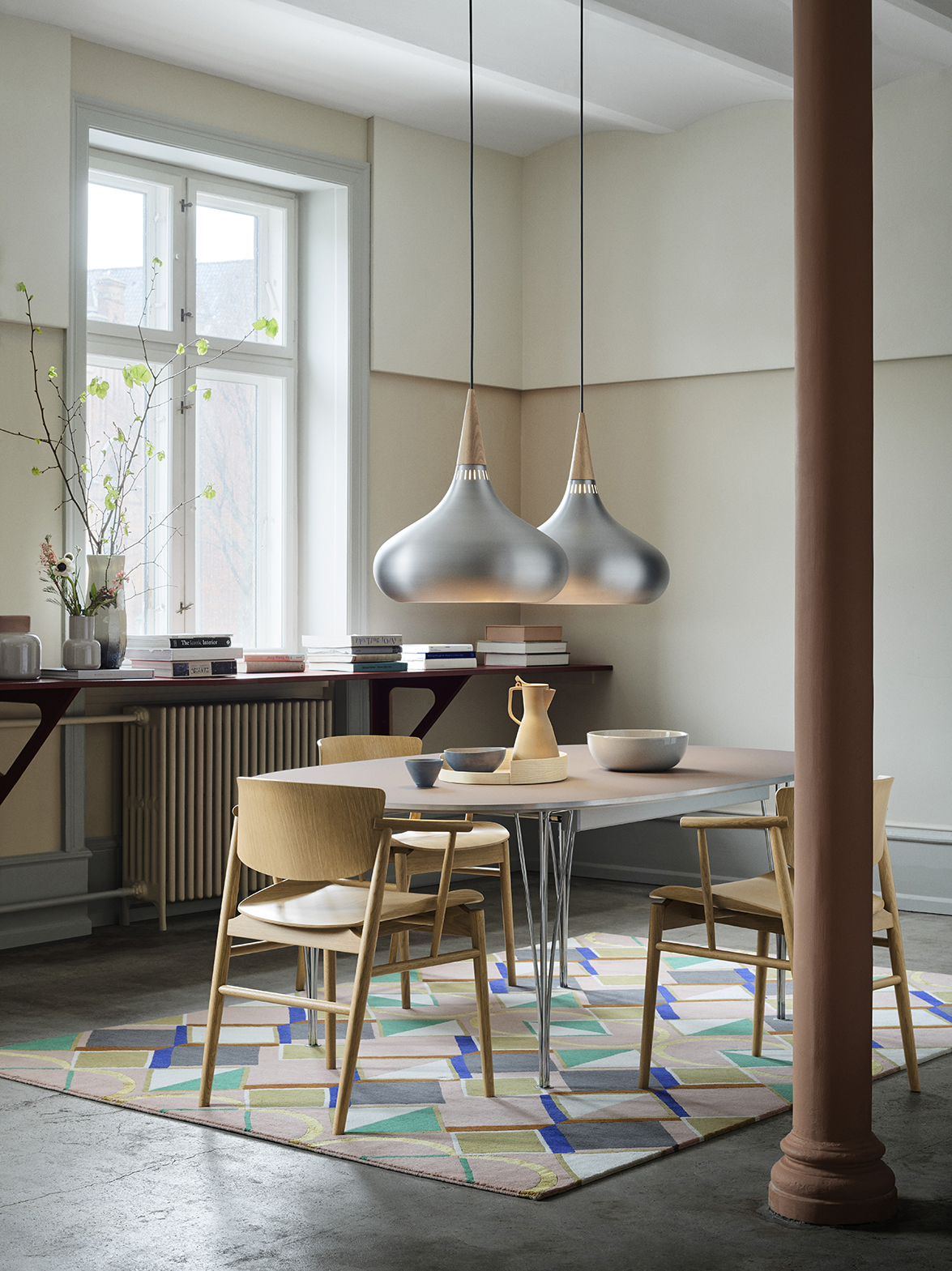 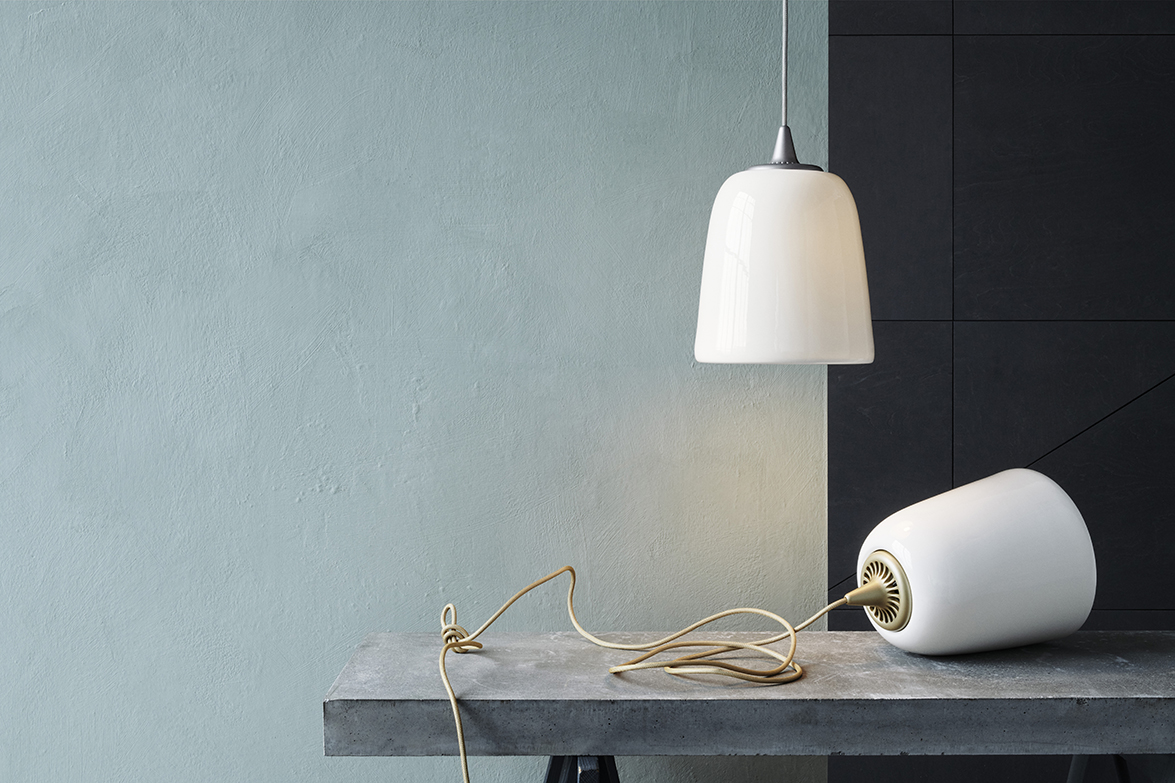 Semi-transparent, sculptural and sensuous characterise the Dogu™ lamp by the versatile artist Michael Geertsen, whose art is inspired by the correlation between sculpture and functionality. The Dogu lamp is quite similar to Geertsen's art with its organic silhouette and smooth surface. The name “Dogu” is Japanese and refers to the traditional ceramic figures shaped like animals and manlike creatures and more than 10,000 years old. They had no utility value; however, they had great immaterial and emotional function. In the shape of Geertsen's modern Dogu lamp, these properties are combined in a useful and aesthetic function. The moulded lamp shade is made of bone china, a semi-transparent material made of white clay with bone ash, which gives it a sensuous and light expression. The lamp casts a soft and golden light, which characterises the Nordic tradition of applying light to bring out acertain mood and atmosphere. The small irregularities of the bone china resemble the natural marks of e.g. natural leather and add life and personality to the material, which accentuate the unique diversity of the lamps.

Dogu is curved from the cord to the base - from the bone china lamp shade to the aluminium suspension. This suspension has small gaps, which cast the light upwards. The result is a pleasant, soft and diffused light. 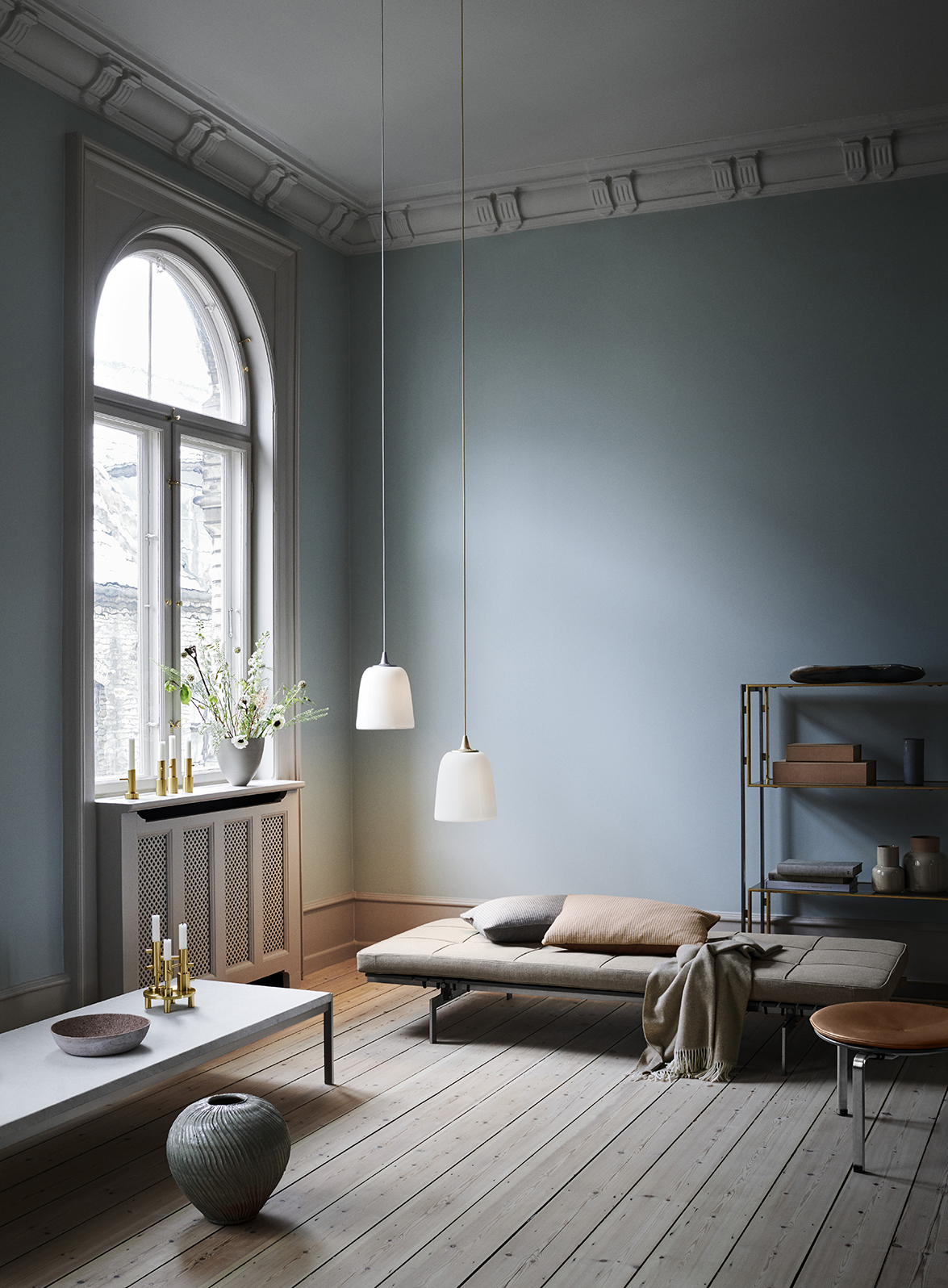 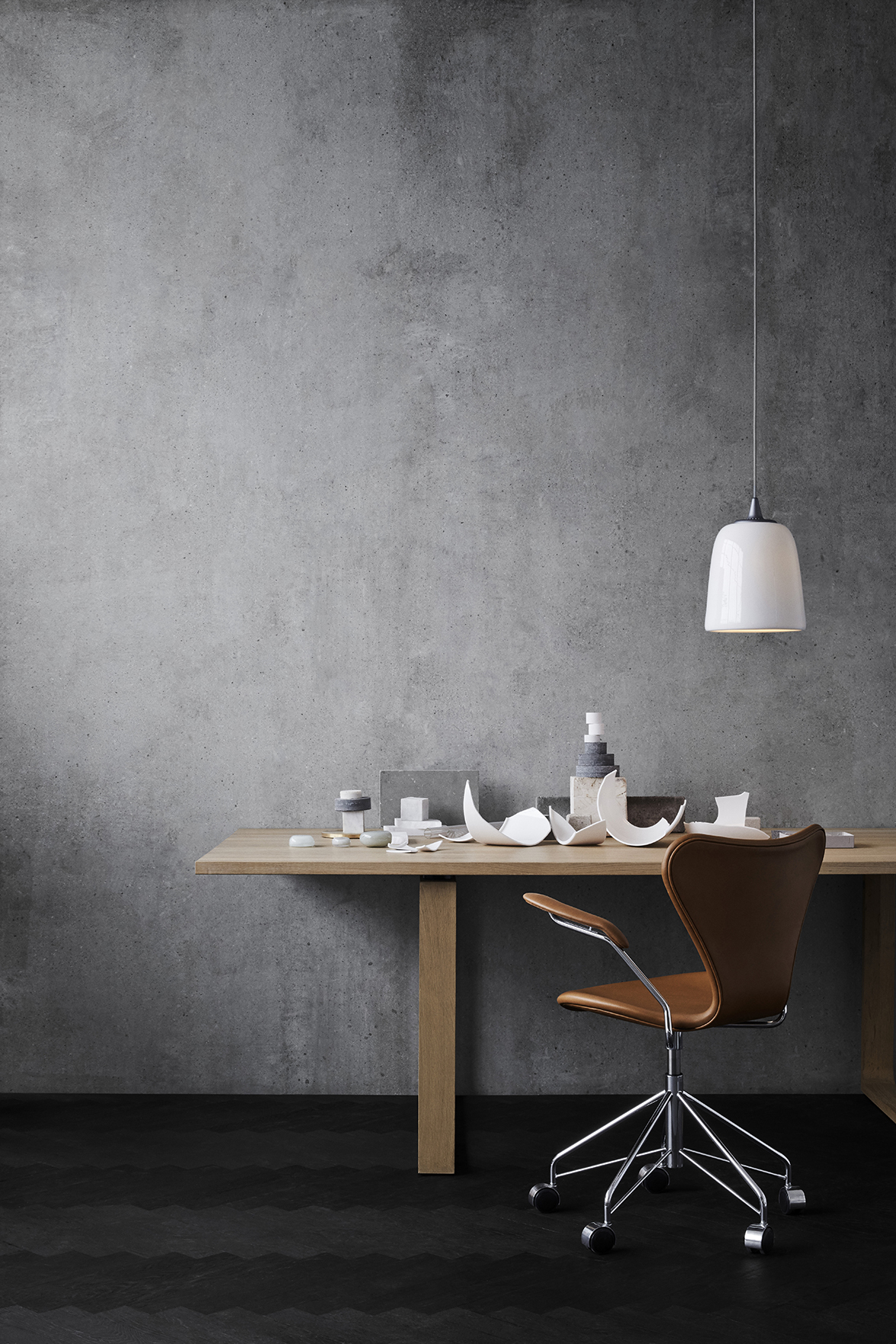 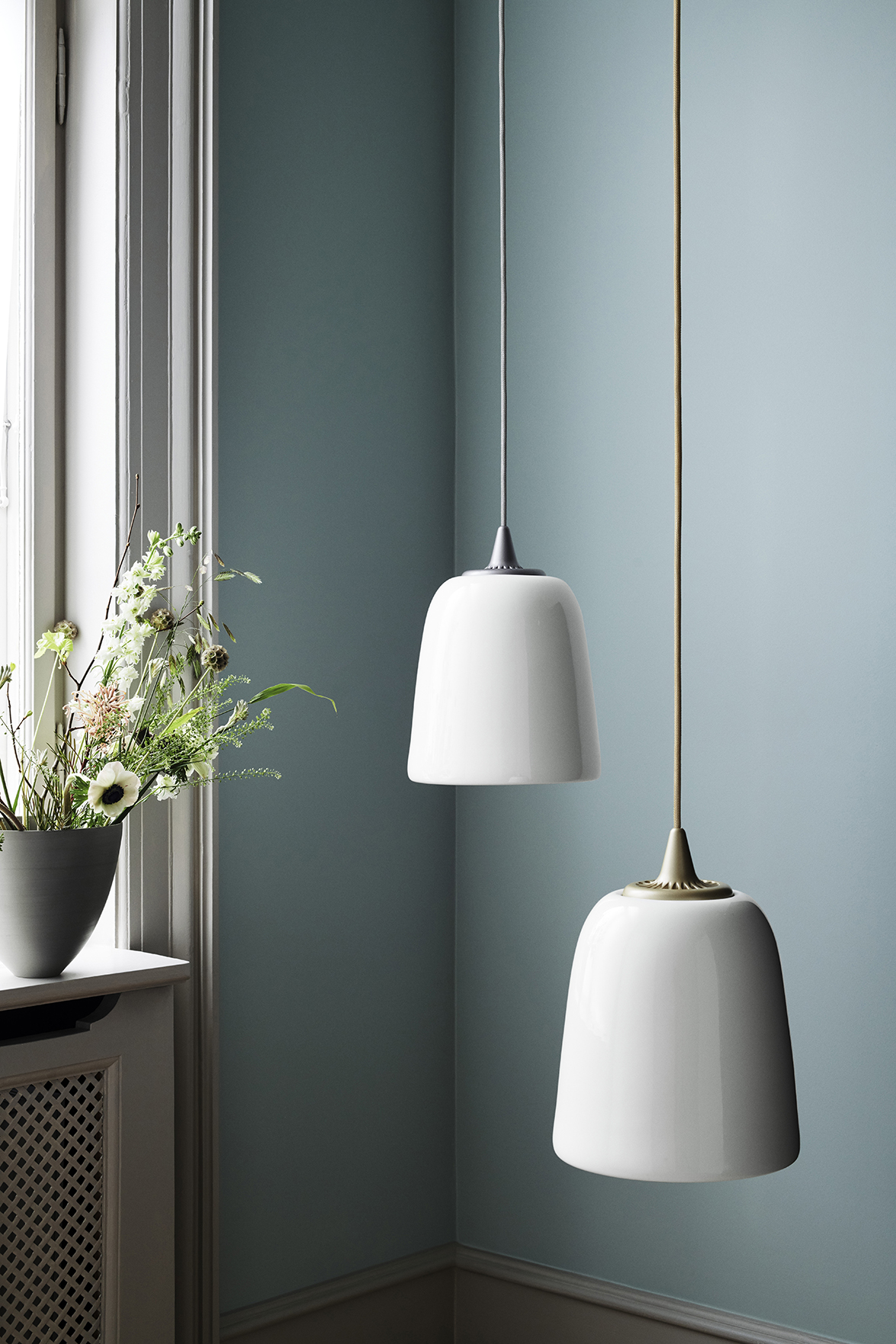