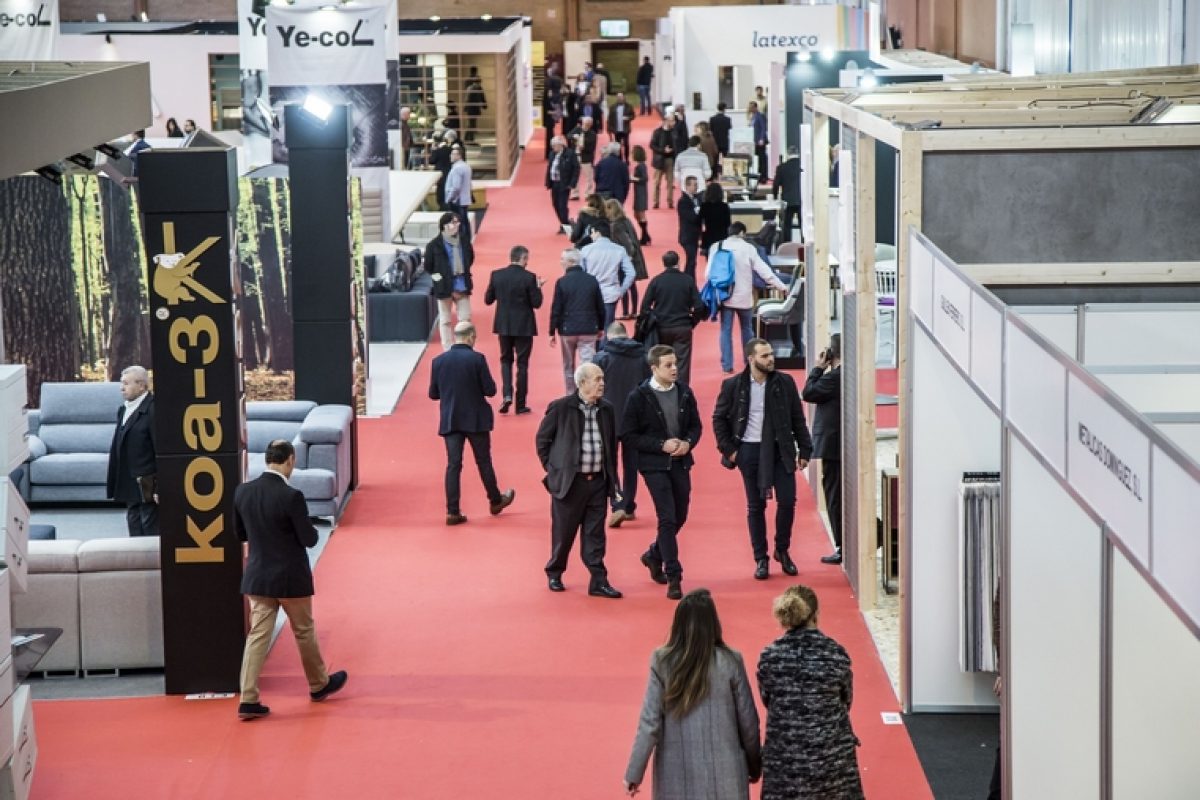 After four days, the sector has shown its commitment to Zaragoza Furniture Fair as a reference event and has done so through a large number of visits and through a large and active business will. Design, technology and internationalization are the three pillars that have marked this celebration.

Zaragoza Furniture Fair has used up optimism throughout the celebration, thanks to the presence of 48,220 professional visitors who have known, firsthand, the proposal of the 645 brands that made up the 2018 edition. A number of attendees valued “positively” by the president of the Fair, Manuel Teruel, who stressed that it is an increase of 6% compared to the last call of 2016. “The balance confirms that Zaragoza is consolidated as the furniture capital in the Iberian Peninsula and It positions us on the map of the major fair events in Europe“, declared Teruel. 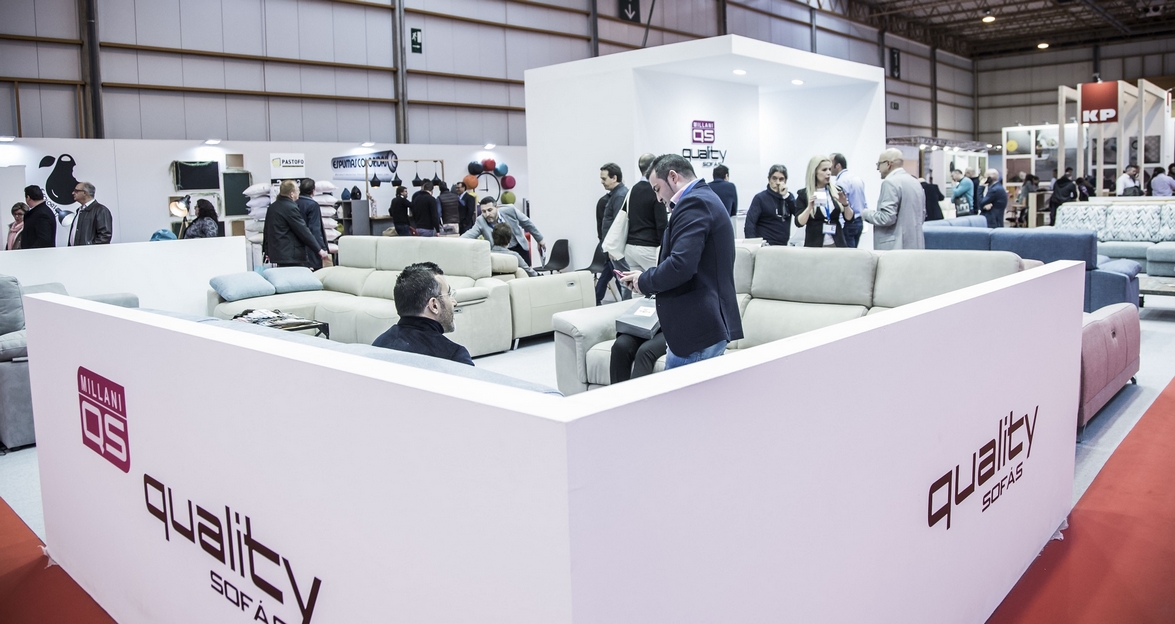 One thing to keep in mind is that, in this edition, 16% of the visitors came from outside Spain, with a representation of more than fifty nationalities, which shows the level of internationality that the show has acquired in just six editions. Among the origin of visitors, in addition to Spanish professionals, it is important to highlight the presence of customers from Portugal, Belgium, France, Russia, Mexico or Morocco, among others. All of them, in addition, have influenced the excellent offer exhibited in the sixth edition of the contest, which has demonstrated the interest of the exhibiting firms to open new markets abroad, through proposals based on design, functionality and the technology, increasingly noticeable in the products exhibited in FMZ. Satisfaction has been the general trend of both the companies present in the Fair as well as visitors. Among the elements most valued by professionals include online accreditation, attention and information points. About the news, about 87% of respondents said they have found new features and among the sectors that have aroused most interest include modern furniture, upholstery and decoration, followed by the classic and rest. 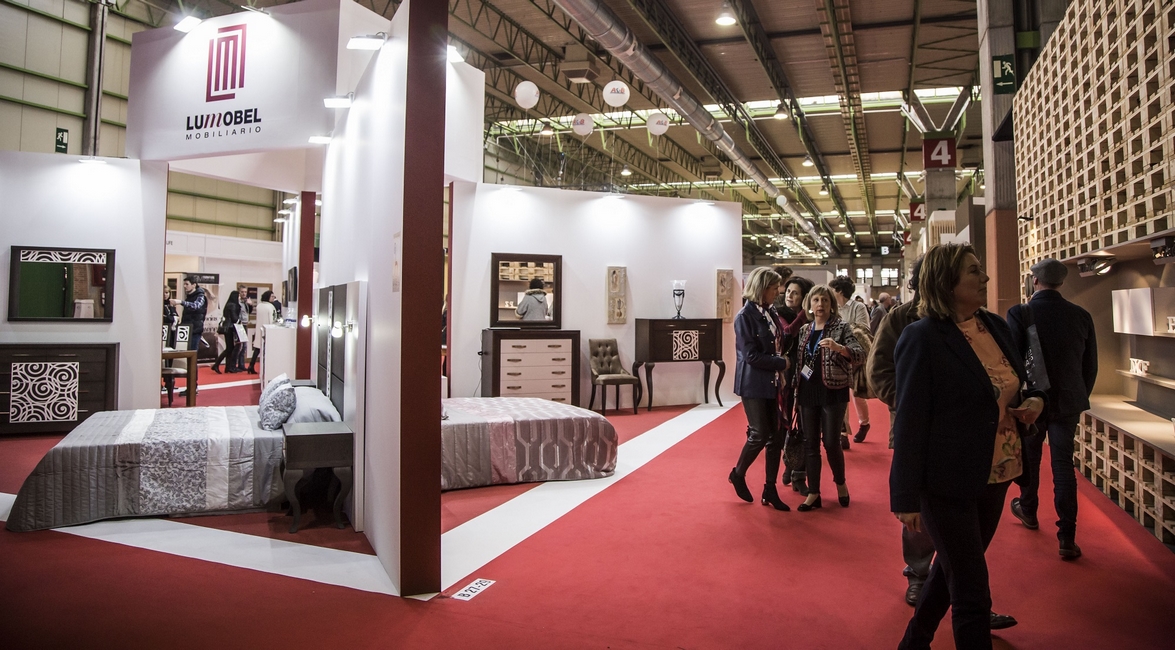 The sixth edition of Feria del Mueble has exceeded the best expectations: they have grown in number of brands, by 13%; has multiplied by three the number of foreign firms; it has increased its exhibition area by 8%, with the opening of a new pavilion -the number 11- and has surpassed the good numbers of visitors of 2016. Without doubt, data that confirm the success of this call. With 106,000 square meters of exhibition, distributed in ten pavilions, and with a number of exhibiting firms that has amounted to 645, Zaragoza Furniture Fair 2018 has become the great epicenter of a sector that, in Spain, employs 59,275 professionals active in the 6,985 companies that complete the furniture manufacturing sector. 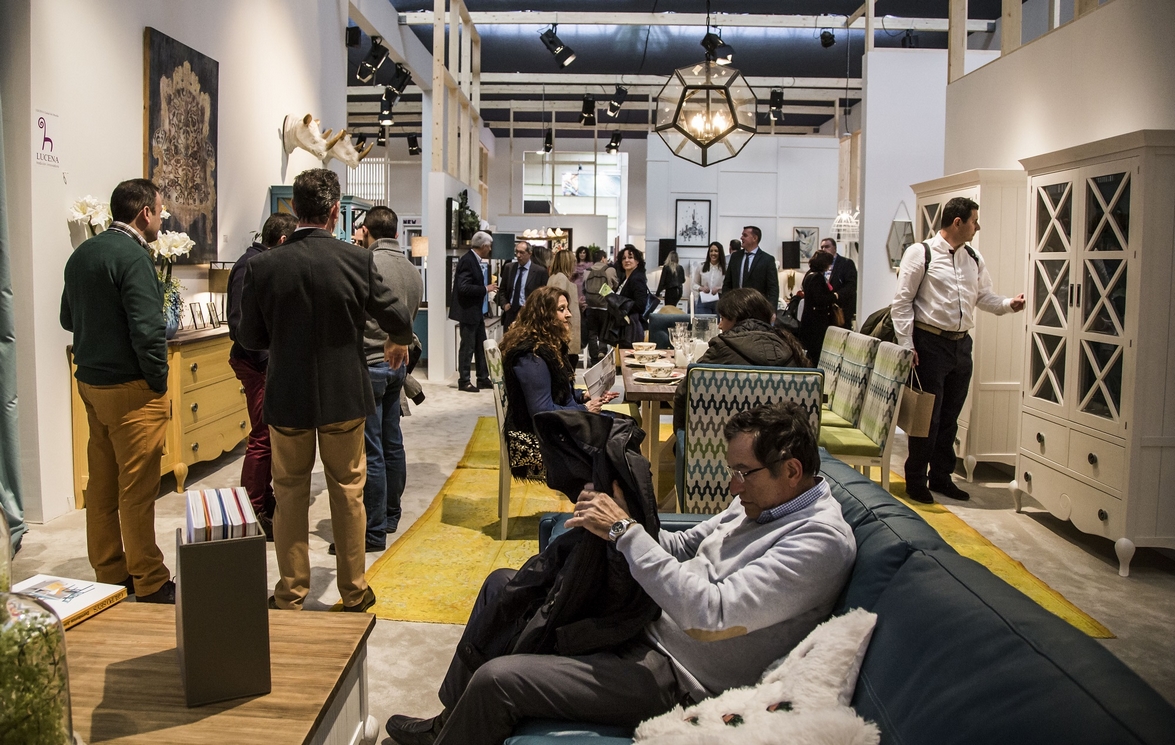 Thus, FMZ.2018 has fulfilled its objective of becoming the ideal incentive and business space in which manufacturers, suppliers and direct traders meet. The trajectory of this event has been totally upwards and, as the president of Feria de Zaragoza explained at the opening ceremony, “it is the room that has grown fastest in the history of our institution“. This is only possible “with work and the support of the sector“, since in ten years, the first meeting was held in 2008, the Fair has made an important jump in terms of quality, design and number of participants, that has gone from 209 exhibitors to about 650, while the surface has multiplied by two: from 48,000 meters to 106,000 square meters.

One of the aspects very well received by the exhibiting companies has been the launch of a program of foreign buyers, in which 46 delegations from seven countries have participated: Angola, Algeria, Russia, France, Morocco, Portugal and Mexico. 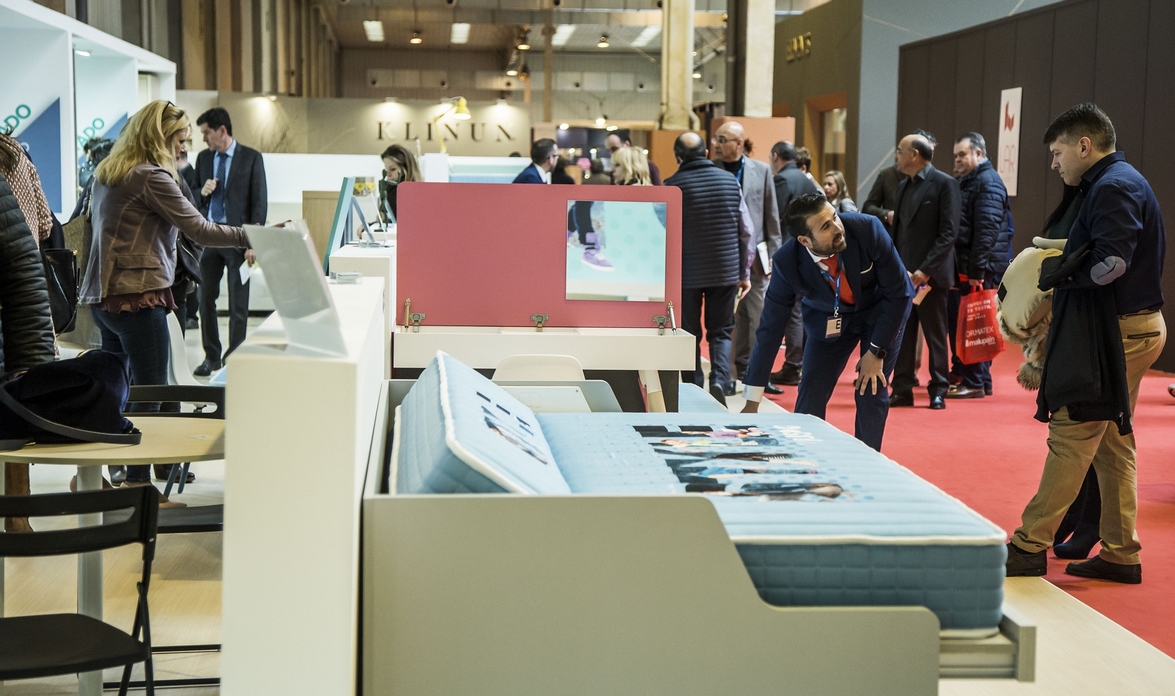 The International Commercial Missions, organized directly by the Fair, add value to the event and its exhibitors, in order to establish international alliances and the possibility of connecting with new markets. In this way, with a closed agenda of meetings, the exhibitors of FMZ.2018 have a good opportunity to open new markets and establish commercial agreements with these countries, which have been strategically chosen according to the needs of the companies present in this edition of the contest.

BET ON THE DESIGN AND THE NEW TECHNOLOGIES

New lines, more open concepts, renewed materials, comfort and designs based on technology are some of the novelties that have been known at the Furniture Fair. As a novelty in this edition, the 1st Furniture Design Competition has been launched, which values the inclusion of design, innovation and respect for the environment in furniture manufacturing. In this first edition four products have been awarded, in two categories: innovative furniture -which has fallen to the Portuguese Gualtorres- and innovation for rest, in which Somma obtained the gold, Gomarco, the silver and Relax, the bronze. Undoubtedly, some prizes that augur a good and fruitful future. 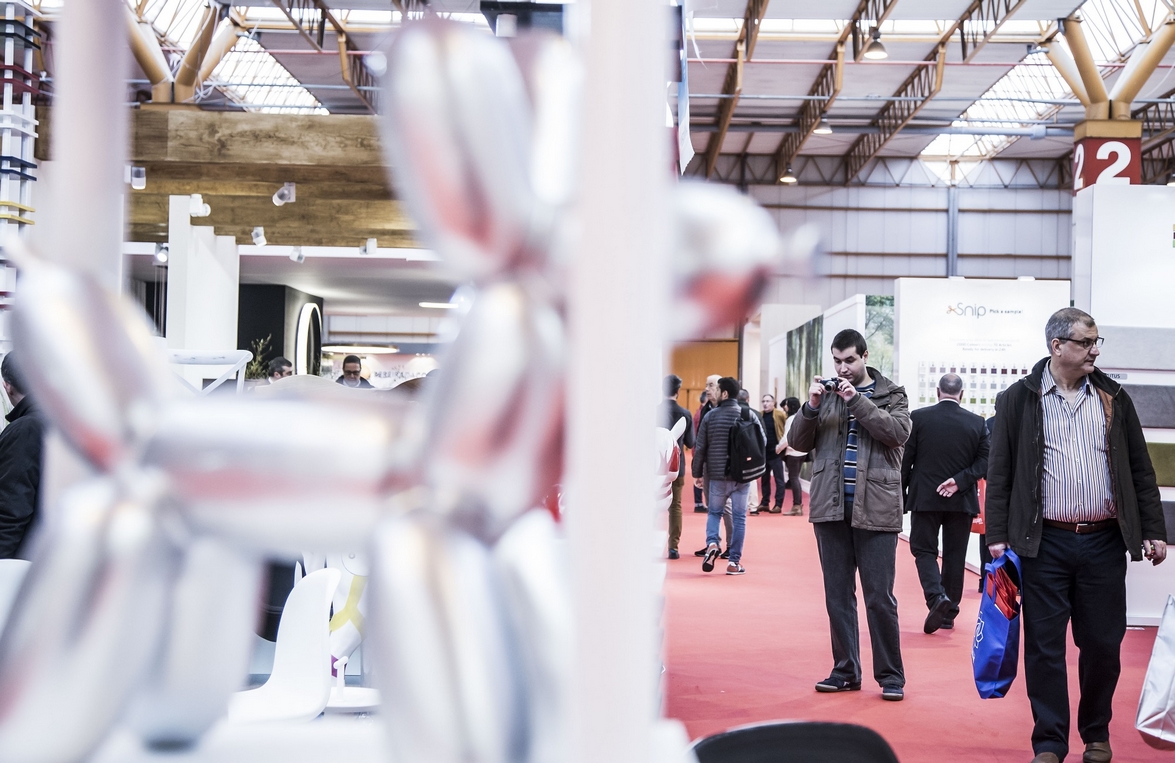 The sector has shown, in its staging at Feria del Mueble, its ability to flex and adapt to the demands imposed by the market and consumers, as well as its interest in incorporating new technologies in order to maintain production and improve in terms of competitiveness. Zaragoza Furniture Fair 2018 closes its doors after four days, in which the sector has shown its strength, as well as its commitment to Zaragoza in its eagerness to stay ahead of a robust market that is constantly renewed. FMZ.2018, an exclusively professional contest, has offered a professional and quality vision of the furniture market, which highlights its capacity and leadership as a reference event in southern Europe.