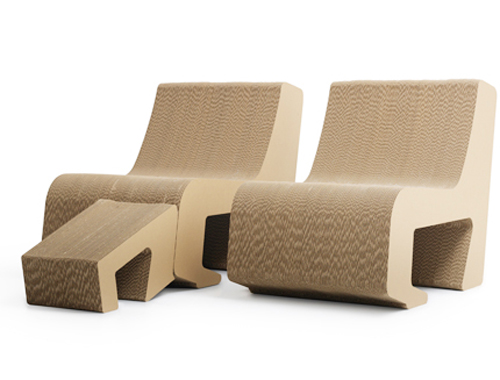 As a campaign to raise awareness of the importance of sustainable growth and a commitment to recycling as the future of habitat, that's Prejudice, the latest proposal of Sanserif Creatius Valencian designers. A seat that hides a footrest and a coffee table inside, but above all that tries to address the concerns of society about the qualities of cardboard as a material of the future for the home.

In essence, Prejudice is a set of seats that can be used independently -or put together them to form a sofa- accompanied by two complementary units that are extracted to act as a table or footrests, allowing a large number of positions. A versatile seating in 100% recycled cardboard and produced through a sustainable production process.

In addition, Prejudice is part of a limited edition furniture collection, part of the collaboration project with the Association of Corrugated Board Manufacturers (AFCO) and the Special Employment Centre of “Apai Foundation” to promote socio-labor integration of groups in situations of exclusion. 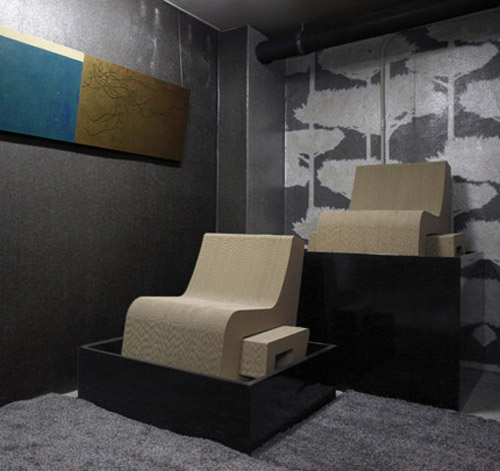 In fact, Prejudice is designed, like many of the creations of Sanserif Creatius to evolve and adapt to different spaces throughout its existence, as well as other sets of pieces designed by Ana Yago and José Antonio Giménez like Bold collection or Duduá -this one is capable of acting as a support table, stands for a table or as a bank continued to grow without end, and even become a library that adopts many positions-.

The genesis of this piece is found in the definition of the name; Prejudice (Prejuicio, in Spanish), that means a prior opinion, tenacious, usually unfavorable, about something that is poorly understood, according to the Royal Spanish Academy (RAE).

As the director of Sanserif Creatius, Ana Yago, says: “There are many stigmas associated with paper and cardboard. Both have been demonized as pollutants but they are actually the result of cleanest production processes and with less environmental impact.”

Furthermore, the Valencian designer have pointed out that a lot of corrugated cardboard companies produce only with virgin fiber of controlled and certified plantations by the Forest Stewardship Council (FSC) and / or recycled fibers, something that the most industries can’t say.