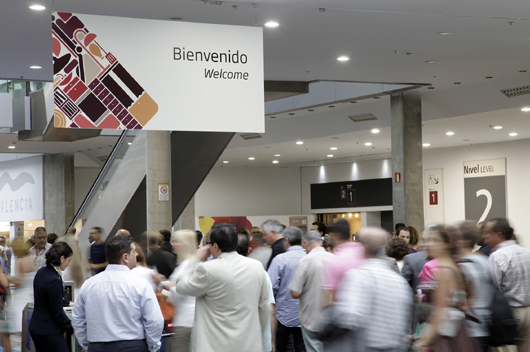 The Feria Habitat Valencia bet to move its next appointment to February together with Cevisama and Fimma - Maderalia is convincing major Spanish habitat firms. In fact, some very significant and strong export orientation, as Guadarte, Canella, Hurtado, Cosentino, Grupo Seys and Point, has already announced their return to Feria Habitat Valencia, which will be held from the 11th to the 14th of next February.

It highlights, for example, the presence for the first time as an exhibitor at Feria Habitat Valencia the Cosentino group, who has chosen this event because of the synergies that open with other segments of the home and the range of national and international buyers expected.

Also, among the firms that are returning to the showcase of Valencia they also highlight historical brands of classic and top class decoration such as Hurtado, the Valencian teaching specialised with a large presence in the Russian market Canella or the luxury firm Ascension Latorre. It covers, as the same time, a special relevance to the return of the top class decoration firm from Seville Guadarte, absent for the last editions of Habitat.

For this part, one of the great Spanish furniture manufacturing groups has also confirmed their presence once again, the firm Grupo Seys, as well as like the furniture and contemporary decoration firm from Valladolid Artesmoble. Both are committed to Feria Habitat Valencia in their business strategy and national and international positioning.

The design and vanguard segments also reflect the confidence of the ‘top’ Spanish firms at Feria Habitat Valencia. An example of this is the return to competition of Feria Valencia from a reputed brand in the field of ‘outdoors’ and it is very committed to the exports and contract such as the Alicante firm Point.

It stresses the incorporation of the firm Frajumar, ‘top’ in design and has recently signed the interior design of exclusive rooms at the Ushuaia Ibiza Beach Hotel. Meanwhile, in the office field, Ofifran continues being at the Valencian showcase, leader in contract for the office and executive offices segment.

In the international field it is also generating interest to the attractiveness of the sum of the Cevisama or Fimma - Maderalia showcases. A good example is the recent confirmation of two leading Italian commpanies to exhibit at the event in February, in this case in the field of kitchen furniture, such as Arredo 3 and Fulgor Milano, which are featured in the Valencia supply.

A club of exporting profile brands

These brands are just one example of the firms that are choosing the next edition of Feria Habitat Valencia and they choose to return from the last edition. This is a boost to the new draft of Feria Habitat and the configuration of the exhibition as a select club of brands with a very active presence in the domestic market but with a marked export profile. Feria Habitat Valencia is, in this sense, the platform of choice for ‘top’ Spanish companies to strengthen its internationalisation and export strategy that is giving such good results, with 11.6% growth in foreign sales for the eight first months of the year.

In addition, the Valencia event is being chosen by major Spanish brands operating in the contract segment, (furniture and equipment for institutions). This market is becoming increasingly important in the strategy of internationalisation of Spanish furniture manufacturers because, according to a recent study from the Aidima Institute of Technology, 44% of Spanish furniture exports are made through the contract channel.

Feria Habitat Valencia will be held from the 11th to the 14th of February in a select showcase with relevant furniture, decoration, lighting, kitchen and home textiles brands. The event will be held on Level 1 of Feria Valencia in conjunction with the Cevisama and Fimma - Maderalia exhibitions, forming a unique showcase to date around the home, interior decoration, design and architecture.